De Gournay, a British brand that specialises in hand-painted wallpaper and fabrics, enlisted the help of interior designer Irakli Zaria to give their showroom a new look. The elegant design takes inspiration from traditional Japanese techniques but is at the same time very fresh.

Interior designer Irakli Zaria, originally from Georgia and now based in Moscow, was asked by the Gournay to redesign their showroom, an apartment in Moscow. The designer immediately hit upon the idea ‘to do something unexpected’. In his work, Zaria always mixes antique and 20th-century modern pieces with 21st-century art. ‘Although Russians are more traditional with a penchant for the neoclassical style, here I wanted to do something neutral, elegant and sophisticated, but at the same time very fresh,’ he explains. 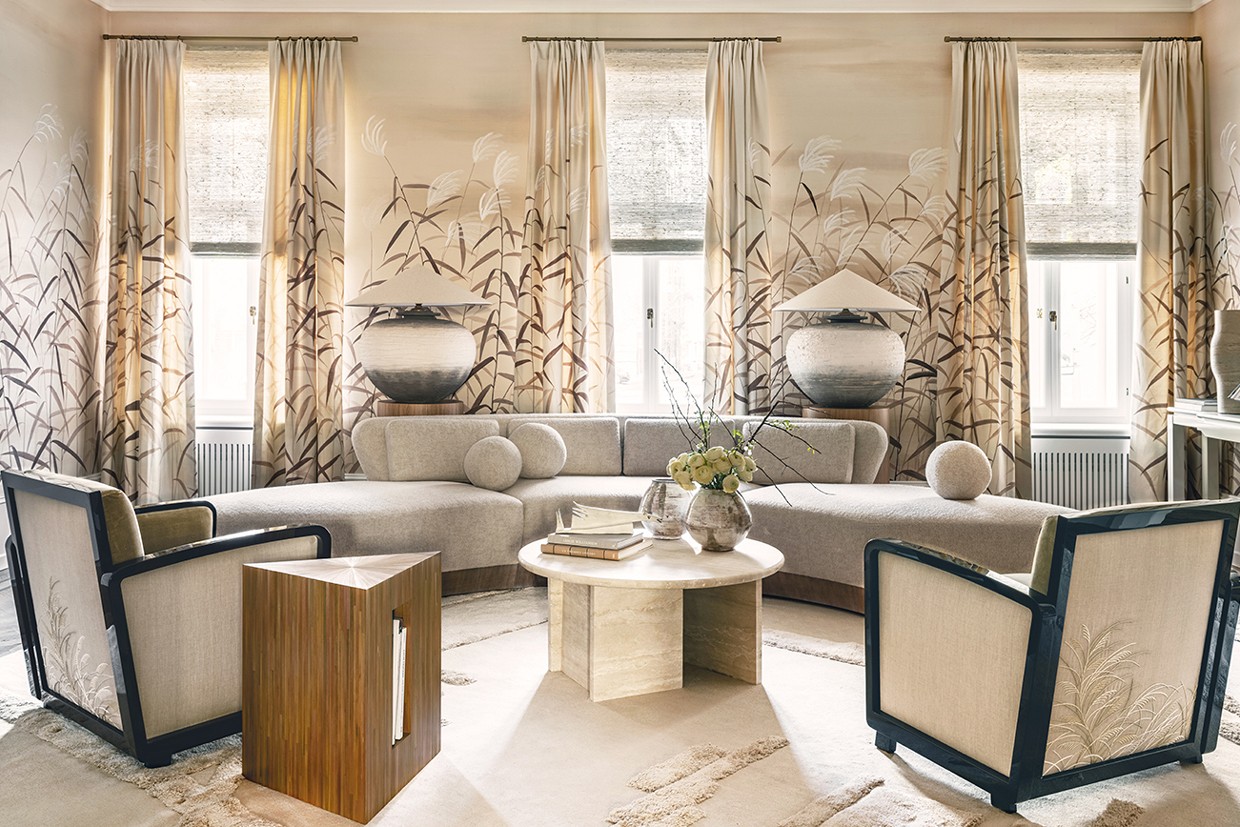 For the showroom, the designer has created a soothing 'Grasses' panorama, which takes its inspiration from an image of an 18th century Japanese screen from the Edo period and stretches it across both the walls and the curtains. In this way, the room is enveloped in sumptuous silk and you feel as if you are ‘immersed in nature’. Two other designs by de Gournay, 'Willow and Egrets' and 'Ogata Blossom', have been used for some gilded curved screens. These designs were also inspired by the Edo period.

In the rest of the space, Zaria combined curved sofas and armchairs with triangular side tables and abstract bases for dining and coffee tables, and raw, spherical table lamps – which were custom designed by himself – work beautifully with vintage lighting by French designer Max Ingrand. ‘A little asymmetry brings life to the room,’ he says.

I wanted to do something unexpected’

Different textures, from travertine to bouclé and clay, and both rough and smooth, melt together nicely in the showroom and make the space more interesting. On the backs of the armchairs, a grass pattern similar to that on the walls and curtains was used. The asymmetrical desk, also designed by Zaria and one of his personal favourites, is finished in a glossy deep red lacquer, a tribute to traditional Japanese techniques. 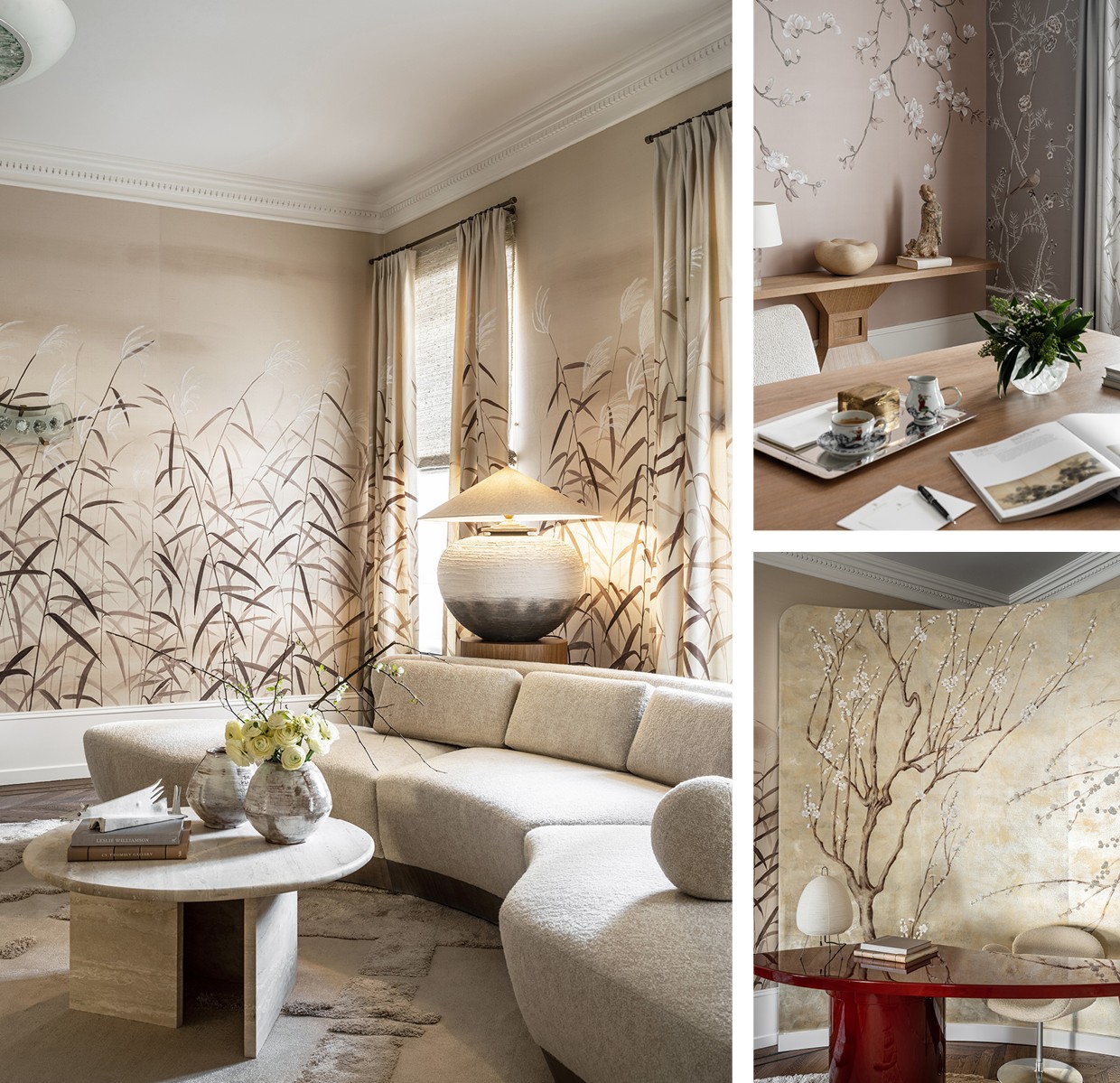 For the cabinet doors in the dining room, the designer chose to embroider the Gournay's 'Deco Wisteria' on a woollen satin. The heavily decorated 'Magnolia Canopy', first developed for the showroom in Beirut, hangs on one wall and the classic 'Portobello' chinoiserie on the other. 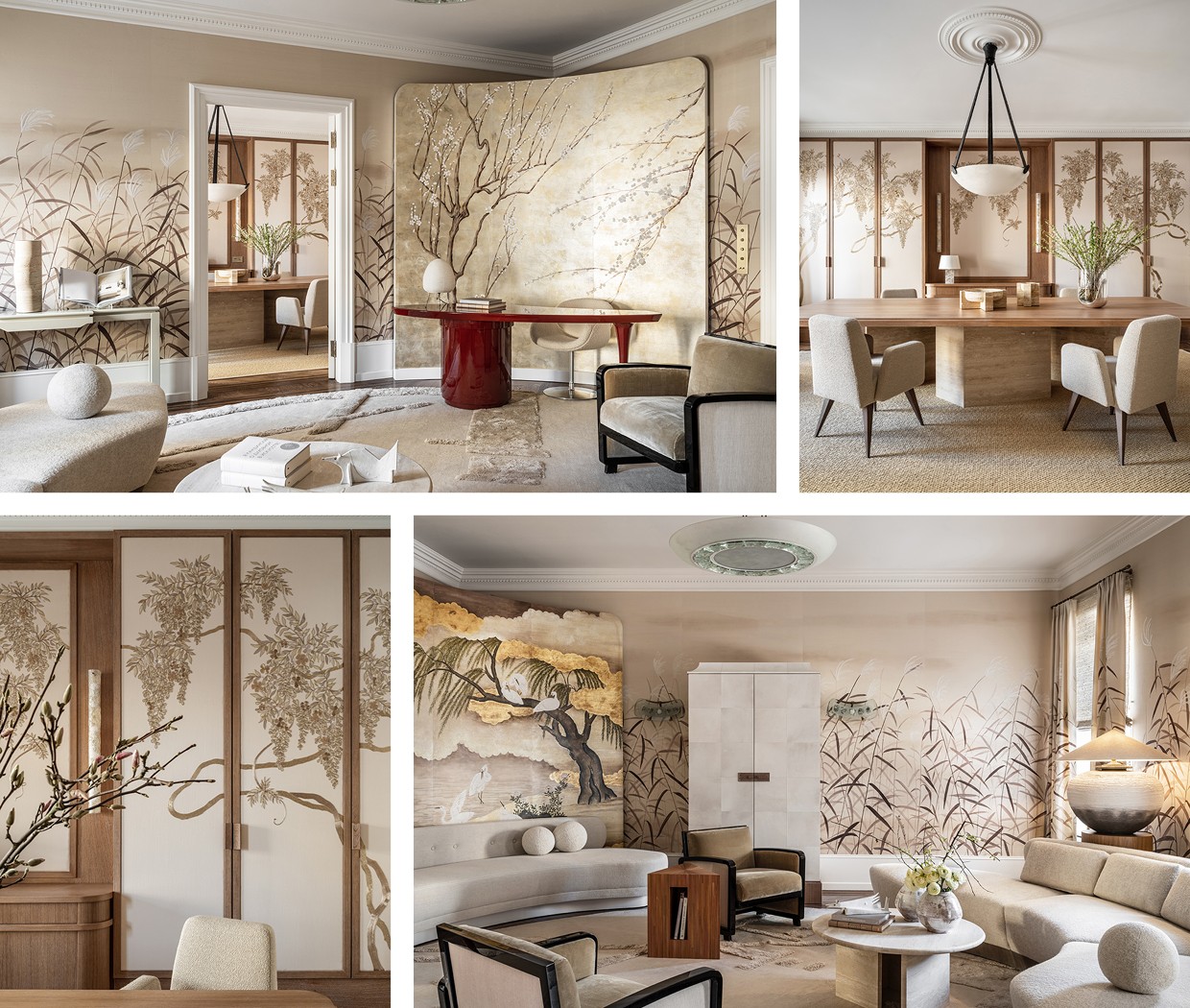 ‘You can see that Zaria's design is rooted in an ancient Japanese art form, but it feels very modern in the way it brings a slightly stripped-down, simpler version of nature into a space,’ concludes Jemma Cave, de Gournay's Creative Director.

A warehouse with a serene look