The poetry of architecture

House of Dust was designed a few years ago by the Italian architect Antonino Cardillo. In his projects he brings together classical and modern ideas in a unique formal language. This language is also very poetic and requires some imagination. 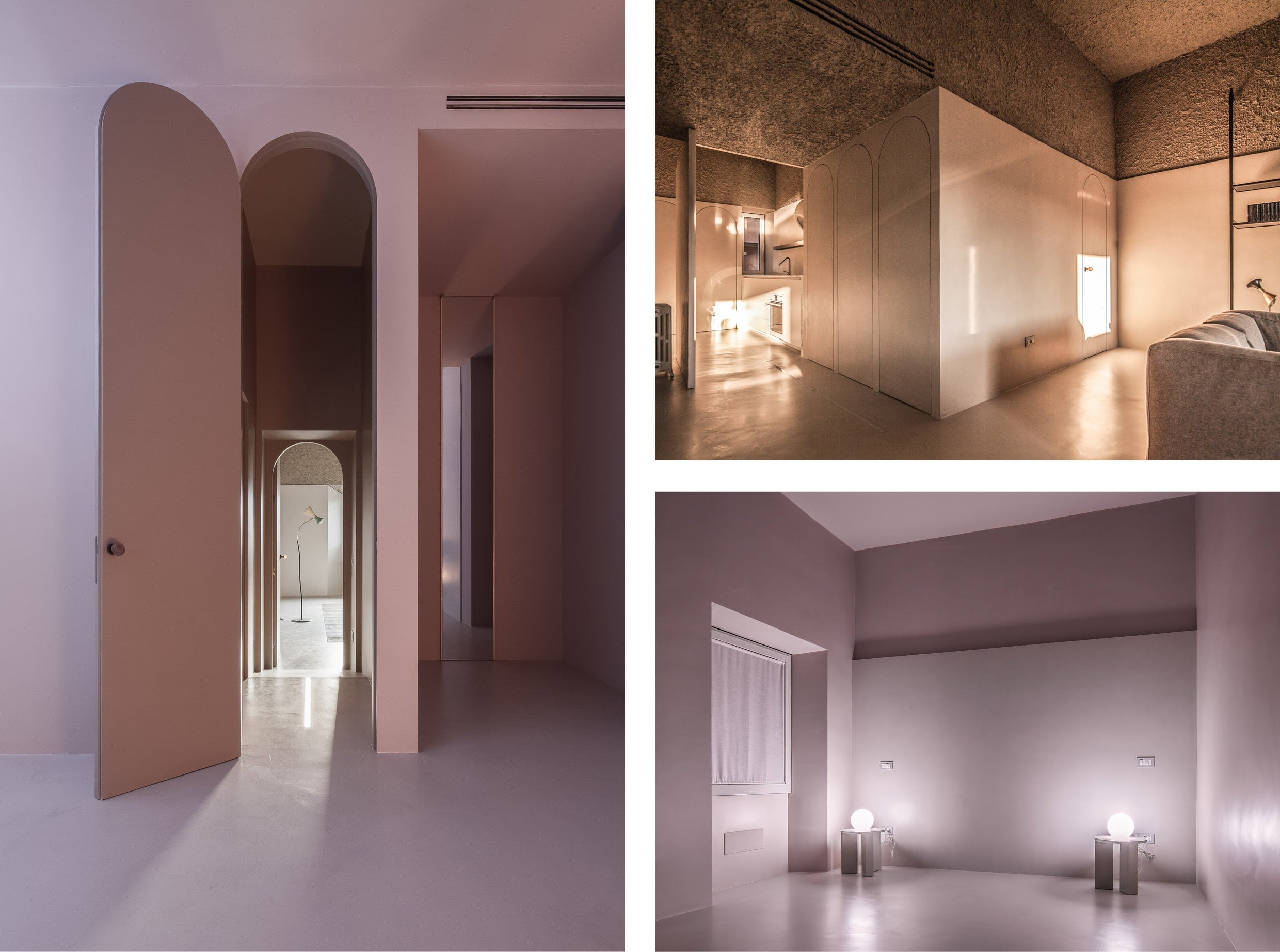 "The spaces can be interpreted in countless ways"

This house is an ode to dust for the architect, which he highlights through the use of classical proportions and the golden section. It may sound a little unclear, but when we see the sculptures, we do feel the unique atmosphere that Antonino Cardillo had in mind. In the central space, the living room, the ceiling consists of rustic plasterwork in earth tones. It should represent a yearning for primordial caves, with windows dug from the base. 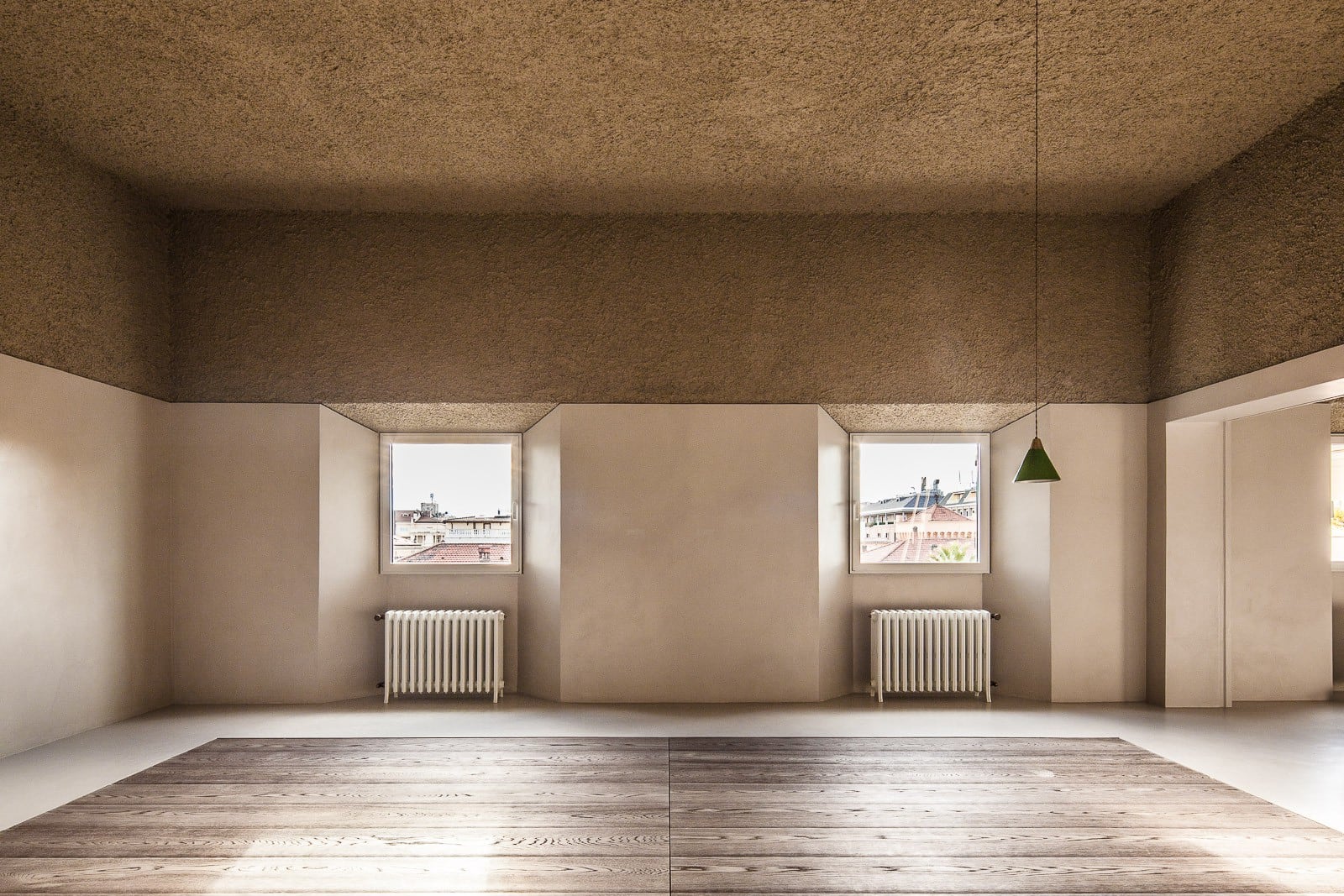 The curved doors refer to 14th-century Italian paintings and hide other rooms and cupboards. The kitchen is also shielded from the central space by a rotating panel. The spaces can therefore be interpreted in countless ways and appeal to the imagination. 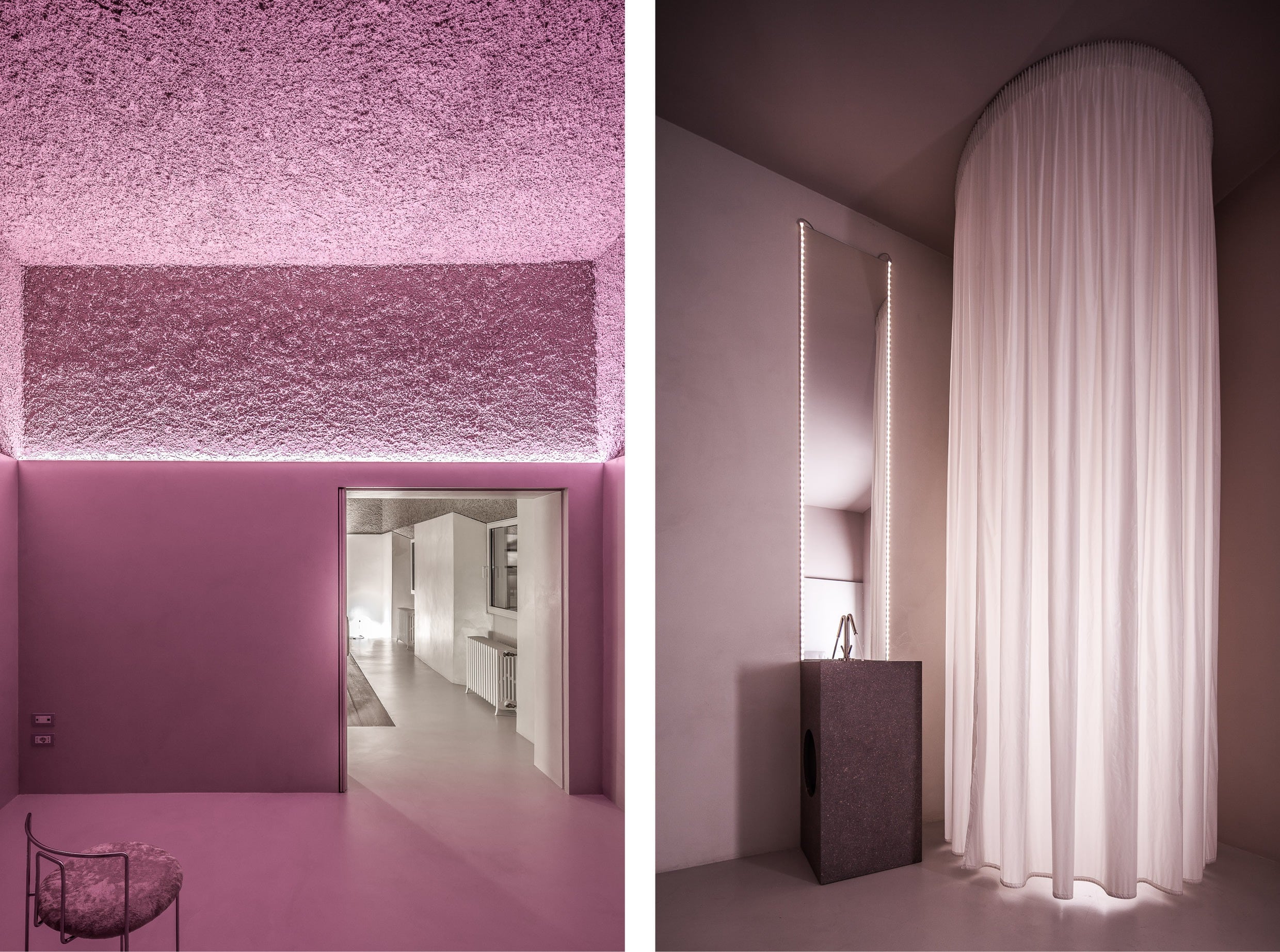 This poetic character is emphasised by the poem that architect Antonino Cardillo wrote on this project:

Architecture is dust.
Dust that becomes form,
Dust transfigured by the mind.

Dust is memory so dust is also death.
Ancestral memory of death,
Dust refers to the beginnings.

Deprived of memory,
And so slave to a credible youth,
Ignoring its end, it repeats itself;
Without end.

In this house classical orders
And golden proportions celebrate dust:
Angels and choirs have abandoned Heaven,
And Heaven has adorned itself with earth. 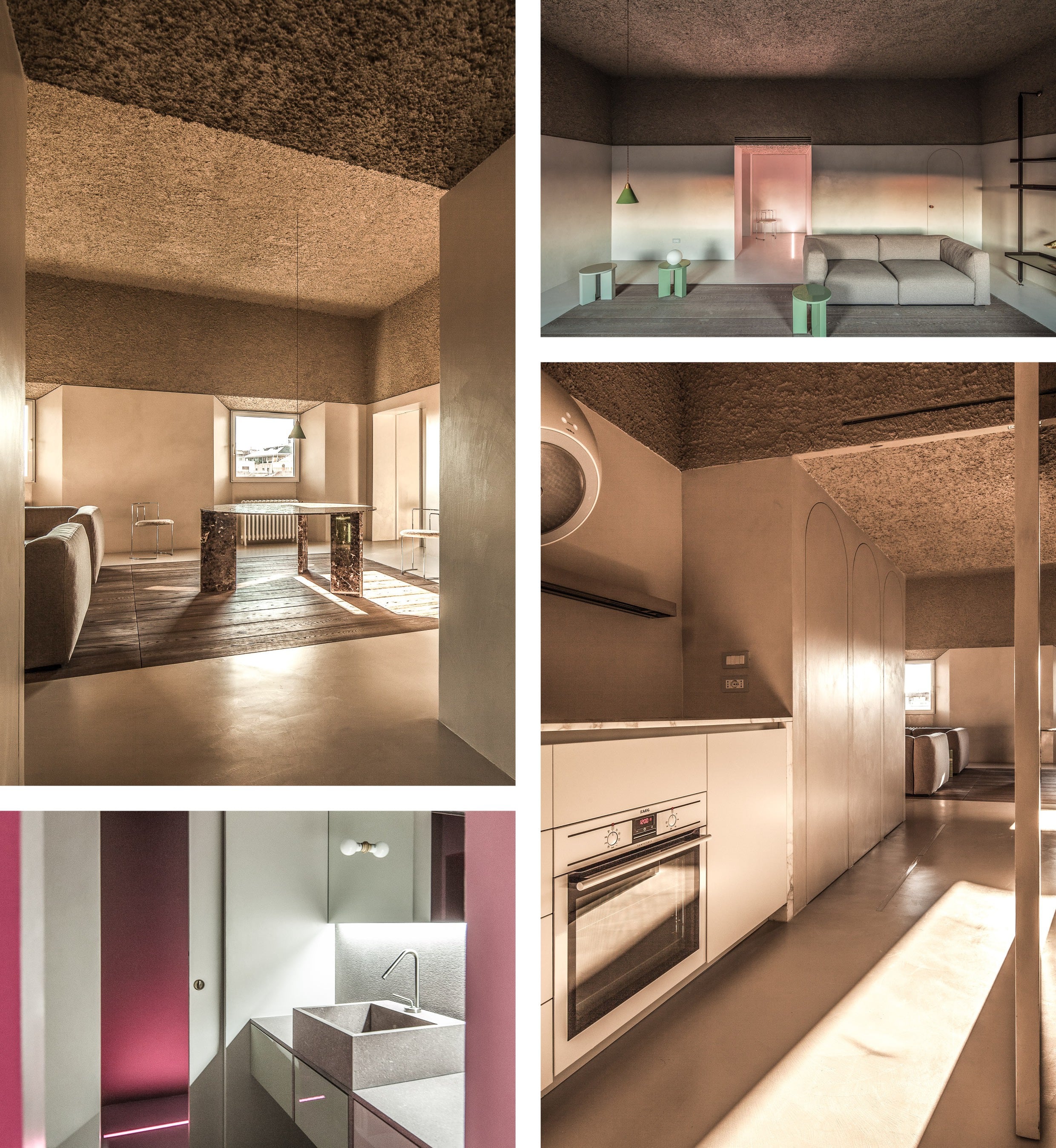 © All images Courtesy of www.antoninocardillo.com