Surrounded by and connected to nature

Field Architecture designed Dawnridge as a beautiful villa connected to its surroundings. In both the subtle architecture and the sober and open interior we find a link with nature.

The architectural office Field Architecture is headed by Keir Black. The architect has already worked with some of the most famous and creative studios in the world including Pentagram Design, Haworth Tompkins, Philip Meadowcorft Architects and so on. ‘Our projects are quietly sustainable with responsible design at their core to provide flexible and future-proof solutions,’ the office notes. 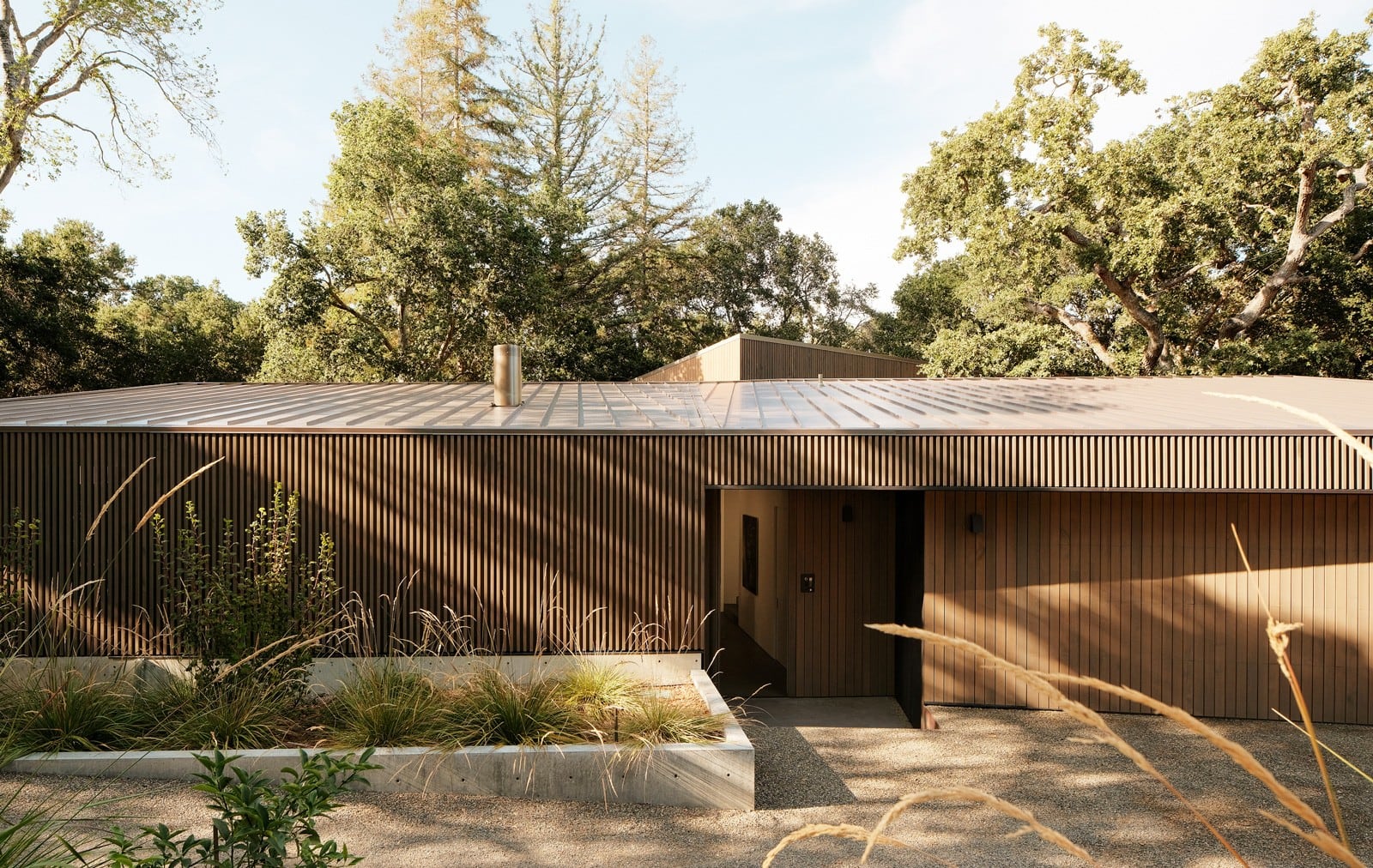 Dawnridge is one of Fields wonderful projects. The property is located in a suburb of Silicon Valley, California, on a site where a stream flows and oaks provide shade. The residence is almost hidden and is connected to the natural environment in both the architecture and the interior. ‘We began with a careful study of the site’s topographical qualities, its native flora and fauna, and the particularities of its relationship to the areas that surround it. That included its increasingly urban neighborhood, but was not limited to it; here, we sought to revive a fragment of the area’s natural environment, reorienting the home toward its natural landscape and reawakening the land’s original state prior to human habitation,’ Field says. More than half of the site was dedicated to a natural and protected habitat and the focus was on preserving the stream. The way and patterns of how water flows through the land became an inspiration for the design of the residence.

‘We thought also about the way in which visitors would move through the site and through the architecture, and the way in which the architecture itself would wind through the landscape.’ The residence consists of a horizontal volume that was given a soft and natural look thanks to the thin vertical wooden cladding. The simple and subtle architecture is accentuated by large windows and openings through which the sober and open interior enters into dialogue with its surroundings. The interior spaces are large and comfortable. The dining area is actually outside thanks to a large opening which blurs the boundary between interior and exterior.

The choice of materials and colours of wood, beige and light grey concrete was inspired by the surroundings. The whole forms a safe, sheltered and elegant place from which you can experience nature. This creates a bond between the residents and the natural systems that surround them. ‘Dawnridge creates a natural refuge from the increasingly urban character of our suburbs, re-establishing thriving plant and wildlife communities in our neighborhoods and fostering an understanding of the interdependence of ecosystem health and human well-being,’ Field Architecture concludes. 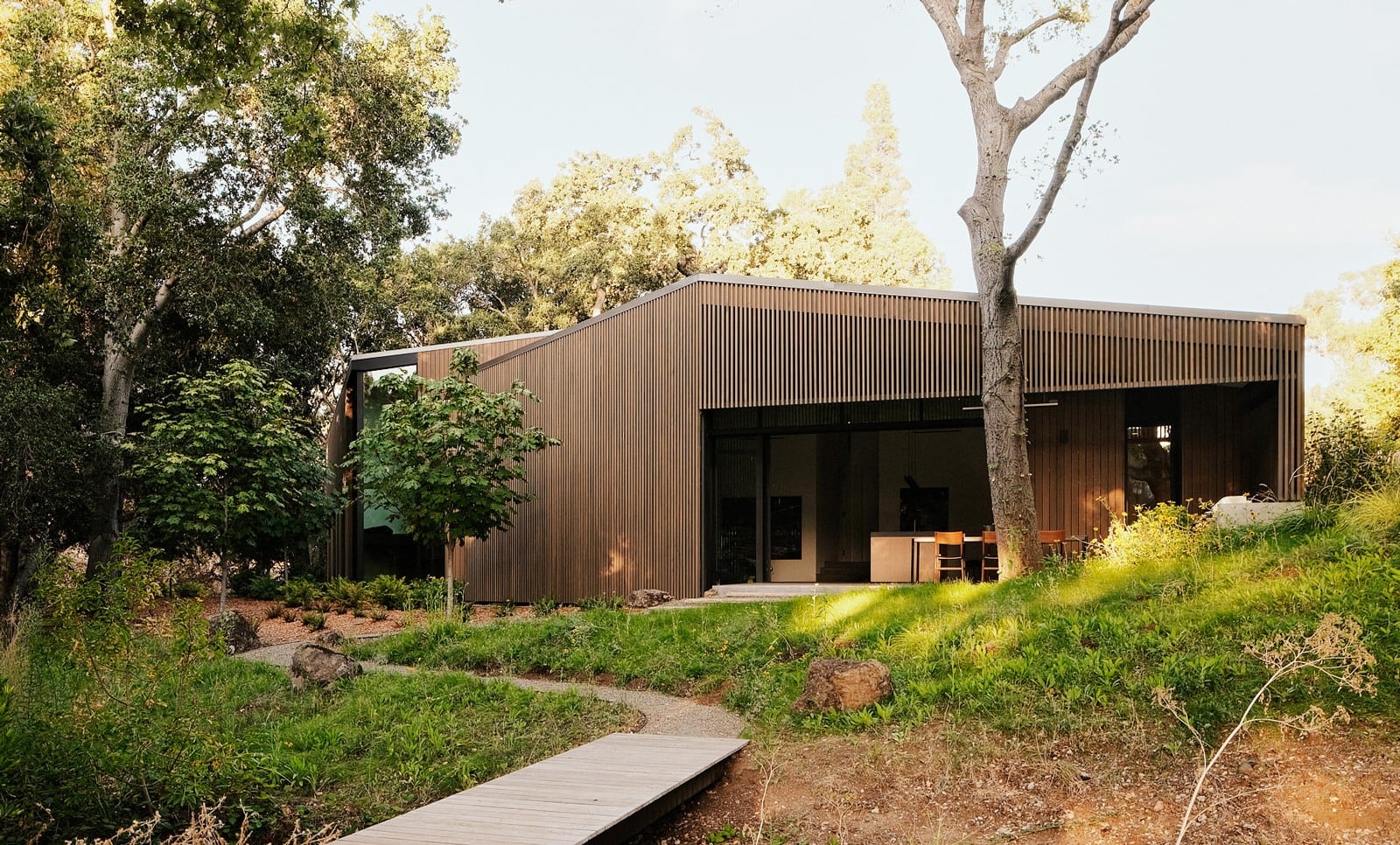 An unexpected combination of craft and technology