An unexpected combination of craft and technology

Dois Tropicos was designed by MNMA, a Brazilian studio in Sao Paolo. Their mission is to create designs with great sensitivity, meant to bring people together. The multifunctional space pursues a balance between organic and geometric shapes. 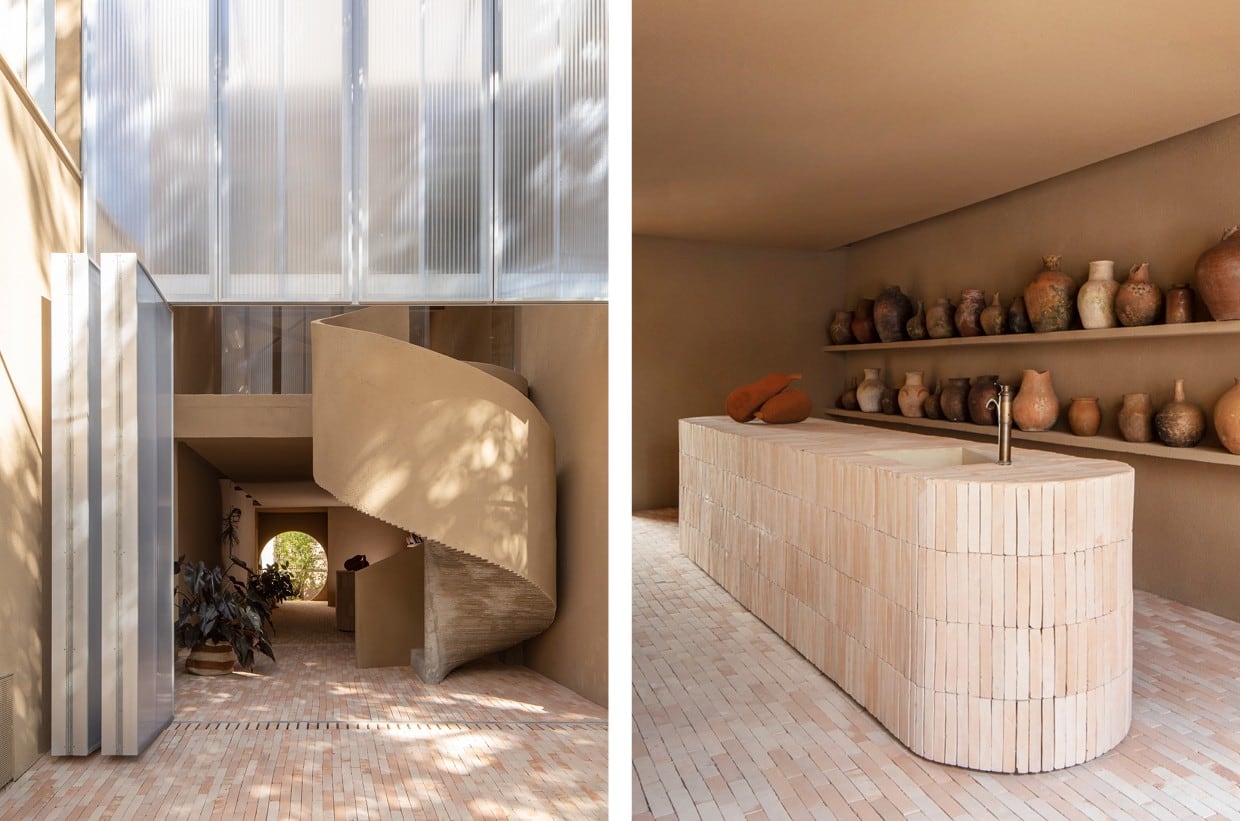 Dois Tropicos seems to come from another planet. The industrial polycarbonate folding door covers the entire facade. It creates a natural flow of fresh air that makes air-conditioning unnecessary. In order to enter the building, half of the facade has to unfold. The front of Dois Tropicos is not a preparation for the space behind it. The technical folding door is in stark contrast with the soft earth tones and imperfect lines of the elongated space.

Traditional elements such as the rough, earth walls meet a perfect circle as a passageway 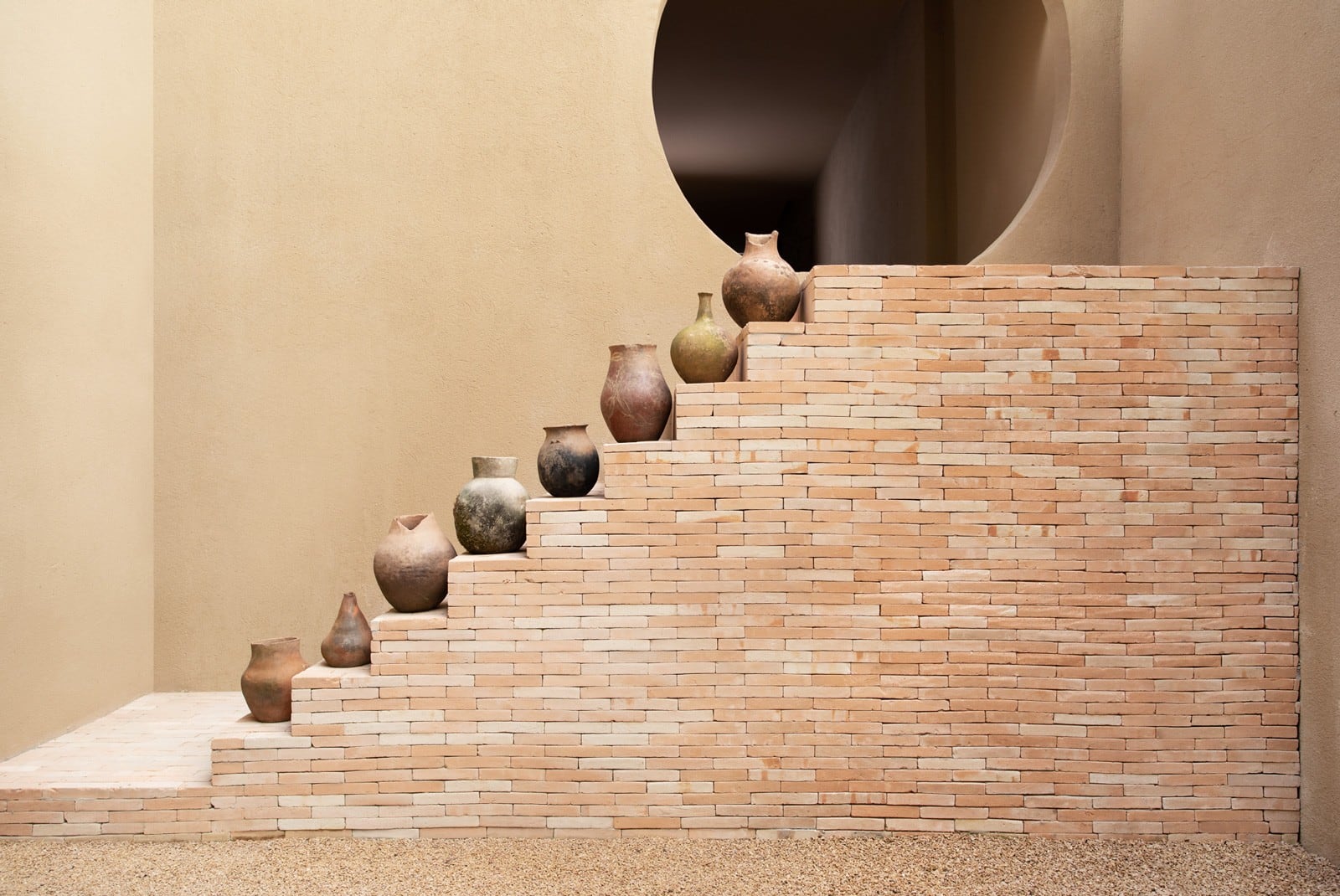 Two spaces make up the building. The first part consists of an inside space in which the walls and ceiling are made out of the same material. The floor also remains within the beige and brown shades. Visually, this creates an extremely uniform whole. Beyond the circular passageway is the second part of the room, a covered dining area. The building has not been designed unambiguously, as it fulfills several tasks. It is a restaurant, a plant shop and a yoga room. 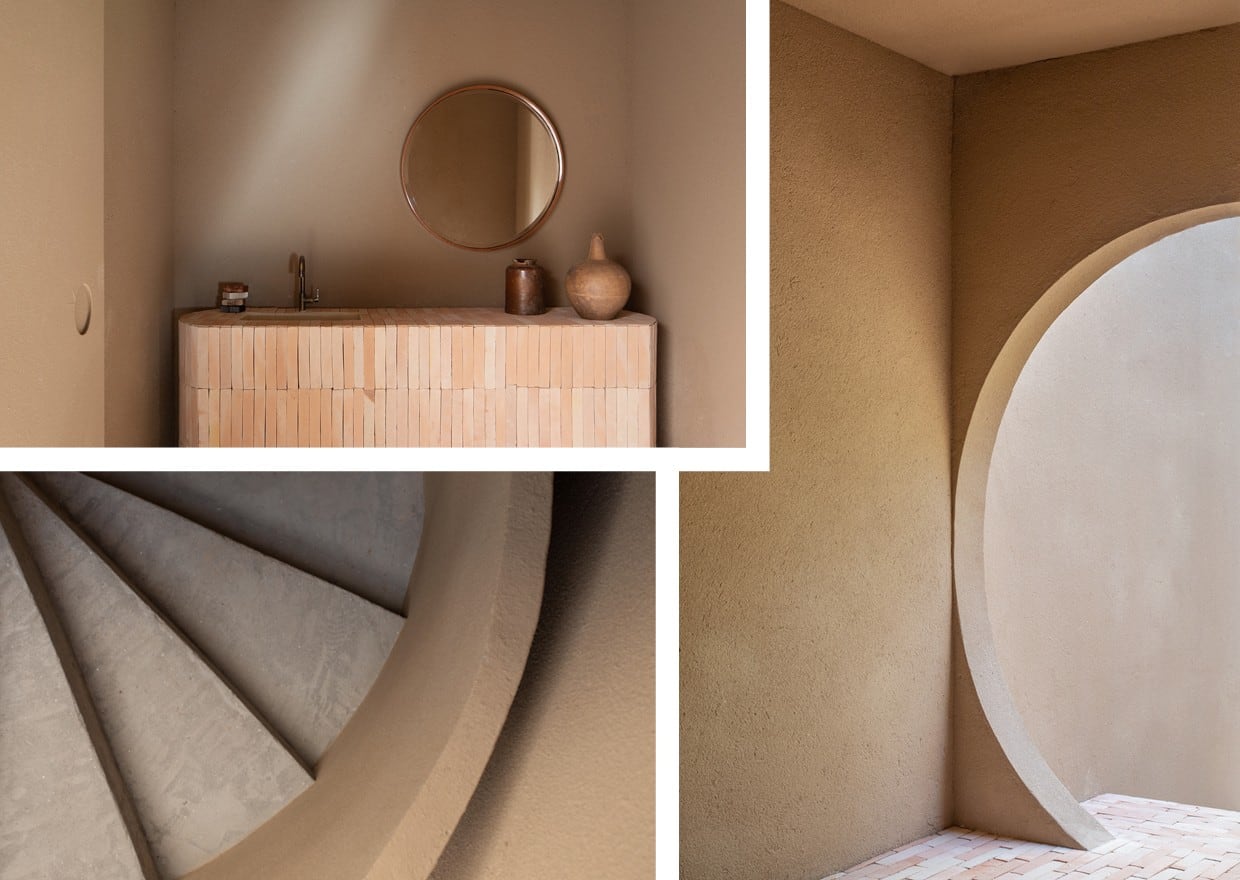 Traditional elements such as the rough, earth walls meet a perfect circle as a passageway. MNMA searches for the balance between control and the uncontrollable. Control in the sense of the techniques and geometric forms and the uncontrollable of an emotion. The design of Dois Tropicos confirms that intimacy lies in the imperfect movement of human hands. 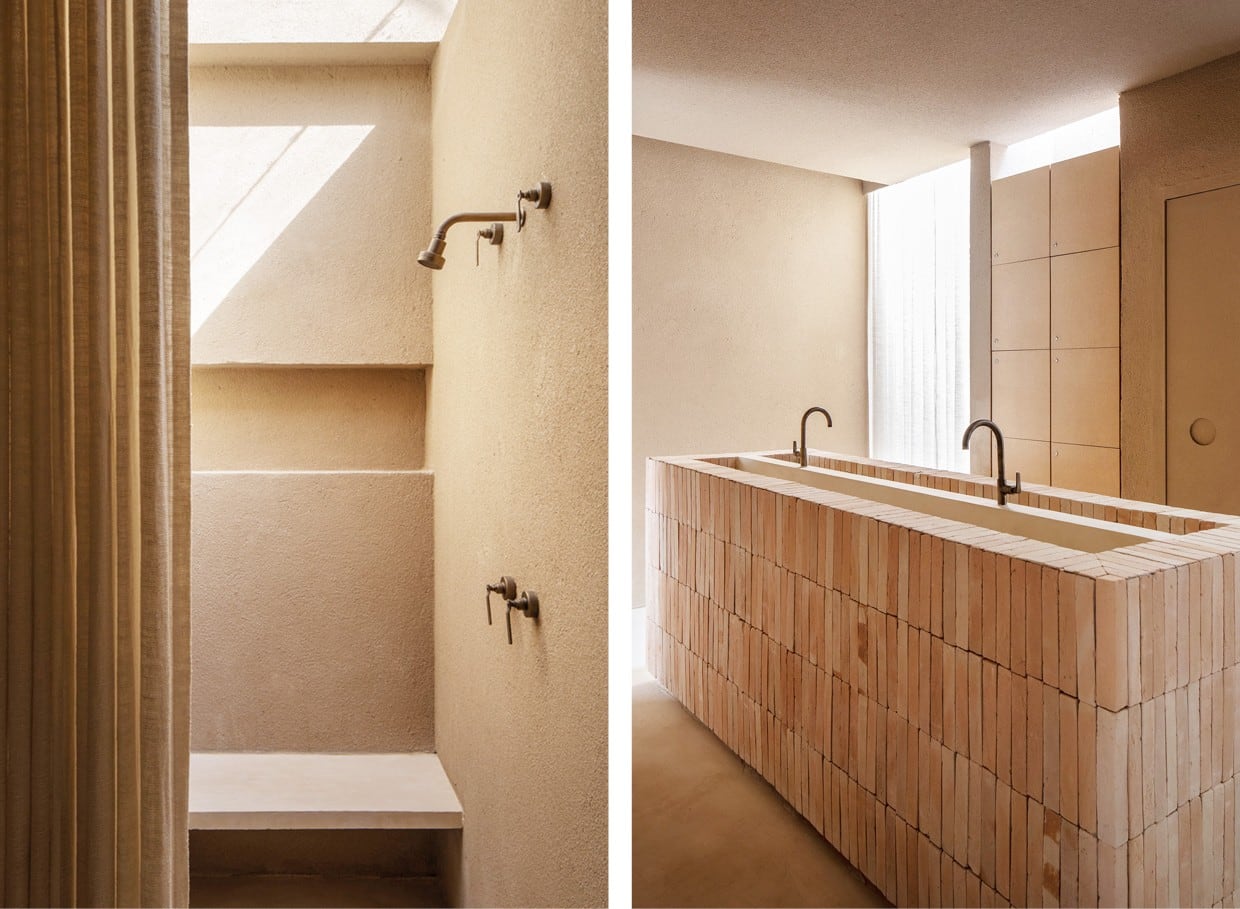 An ecological beauty in Orinda, California