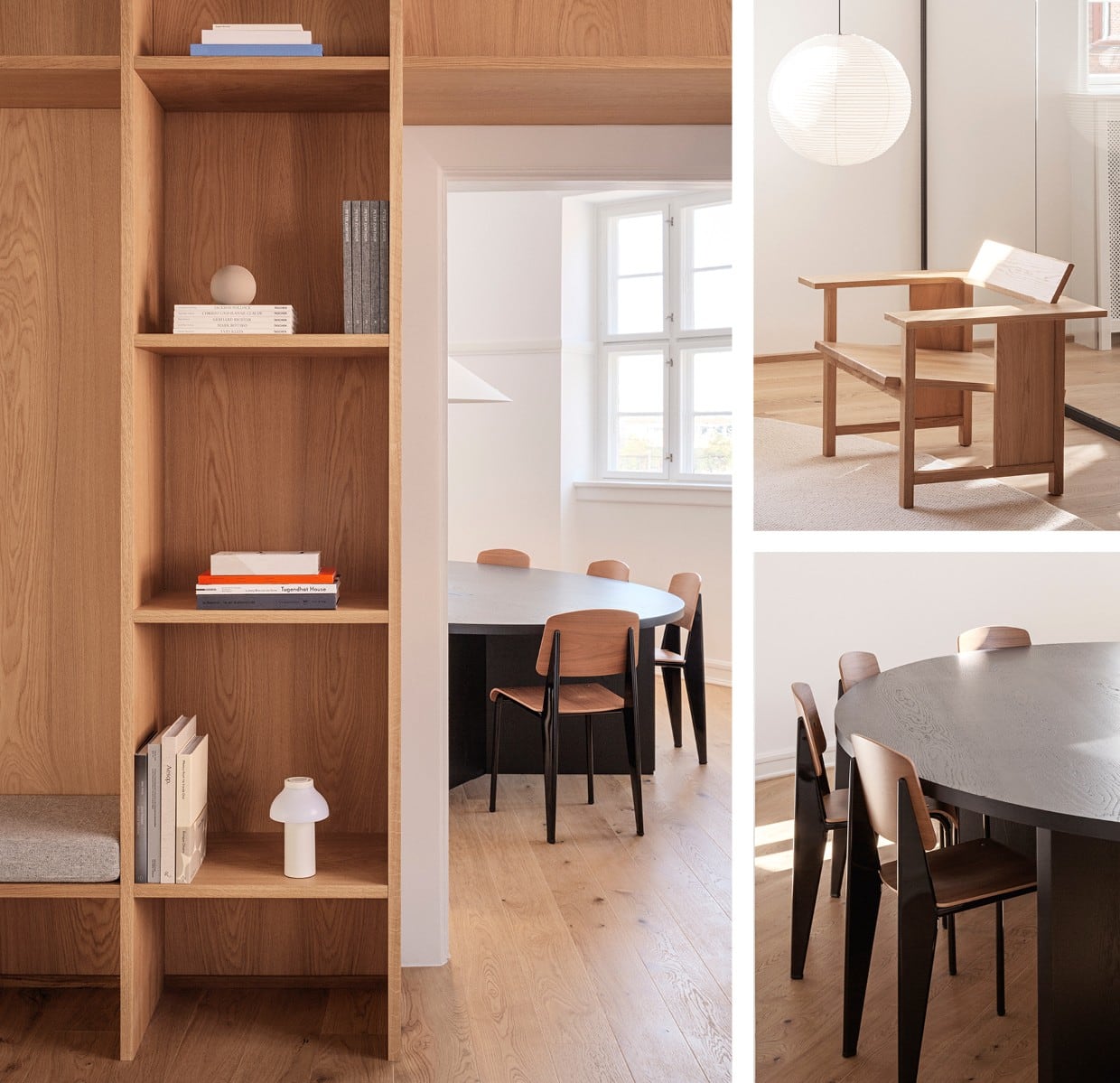 Work & Co are known for their unique work places, each designed in collaboration with local design studios. Each office space, from Brooklyn to Belgrade, reflects the city and the country in which they are located. In Copenhagen, the spaces were housed in a 100-year-old building designed by Danish architect Arthur Wittmaack in 1916. Work & Co absolutely wanted the Scandinavian style of the building to be preserved so Aspekt Office created a design that combined historical aspects and a modern layout.

The grid layout is softened by the materials. 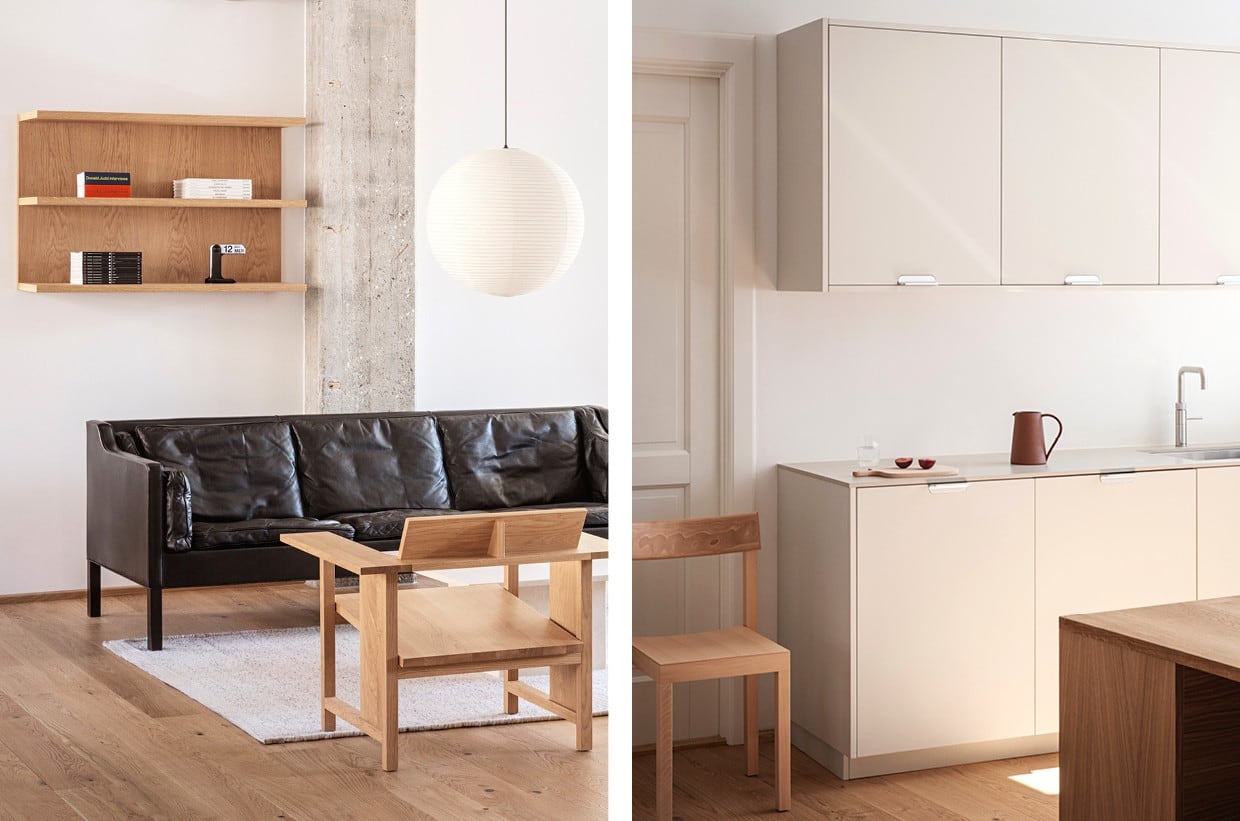 ‘Working in digital, we often take inspiration from other forms of design — architecture, identity, print. That's why having a space that we can look forward to coming to and be inspired by is so important to do our best work. Aspekt’s background in both interior and industrial design also meant that we could do something very tailored to our needs and to the space. We knew Aspekt would care about the details on the pieces we use everyday just as much as we do,’ says Dever Thomas, partner at Work & Co. 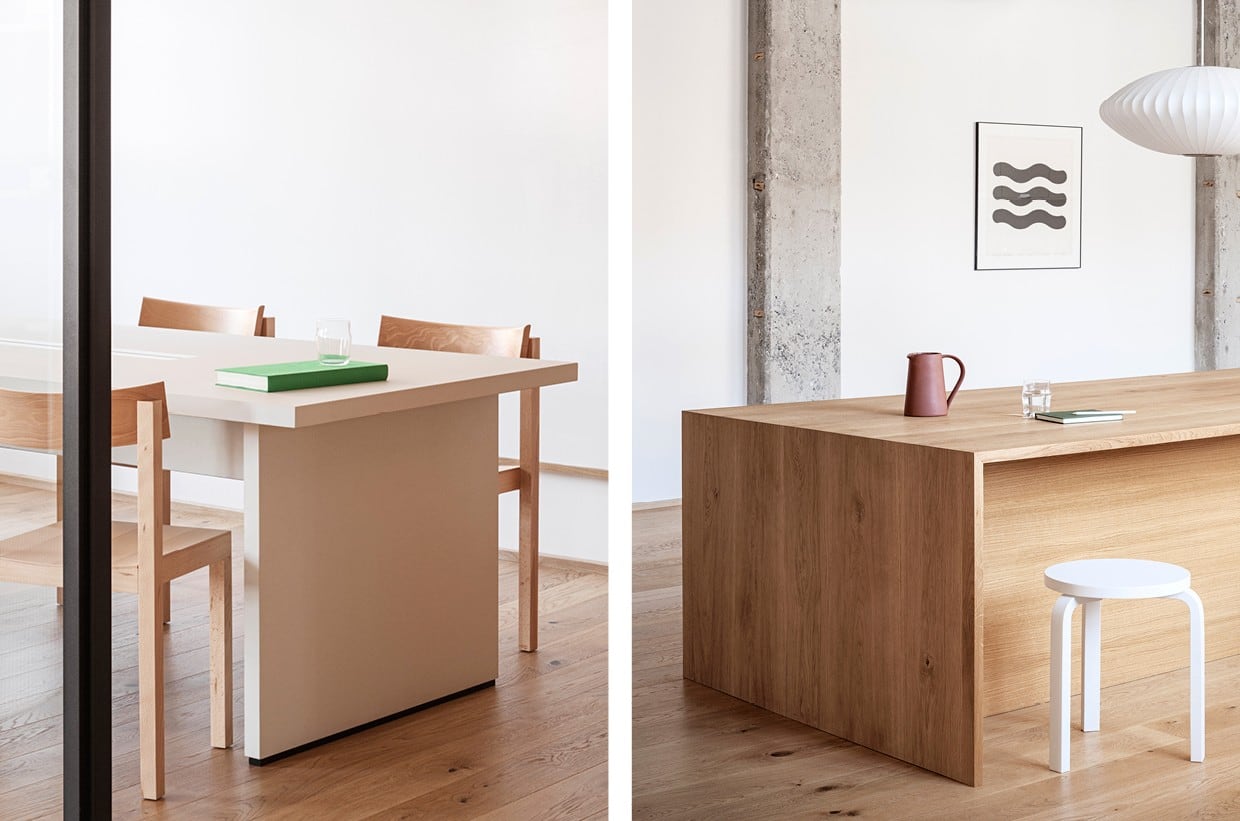 The hard, almost militarised grid layout is softened by the materials, such as oak and neutral colours. There is a large made-to-measure cupboard for all the inventory and there are separate rooms for meetings. The six-metre long table, which is located next to the Reform x Aspekt Office kitchen, serves as a dining table for all employees. In the Copenhagen office of Work & Co what you see is what you get. And what you see is a stunning Scandinavian design.

Eclectic apartment for a demanding client