Eclectic apartment for a demanding client

Olga Malyeva of the eponymous studio was able to use all her creative energy in Harmovniky Apartment, a home for her and her family. The Russian designer could not predict that she would become her own most demanding client. This perfectionism is bearing fruit because the apartment is a gathering place of design icons, luxurious materials and colourful accents. 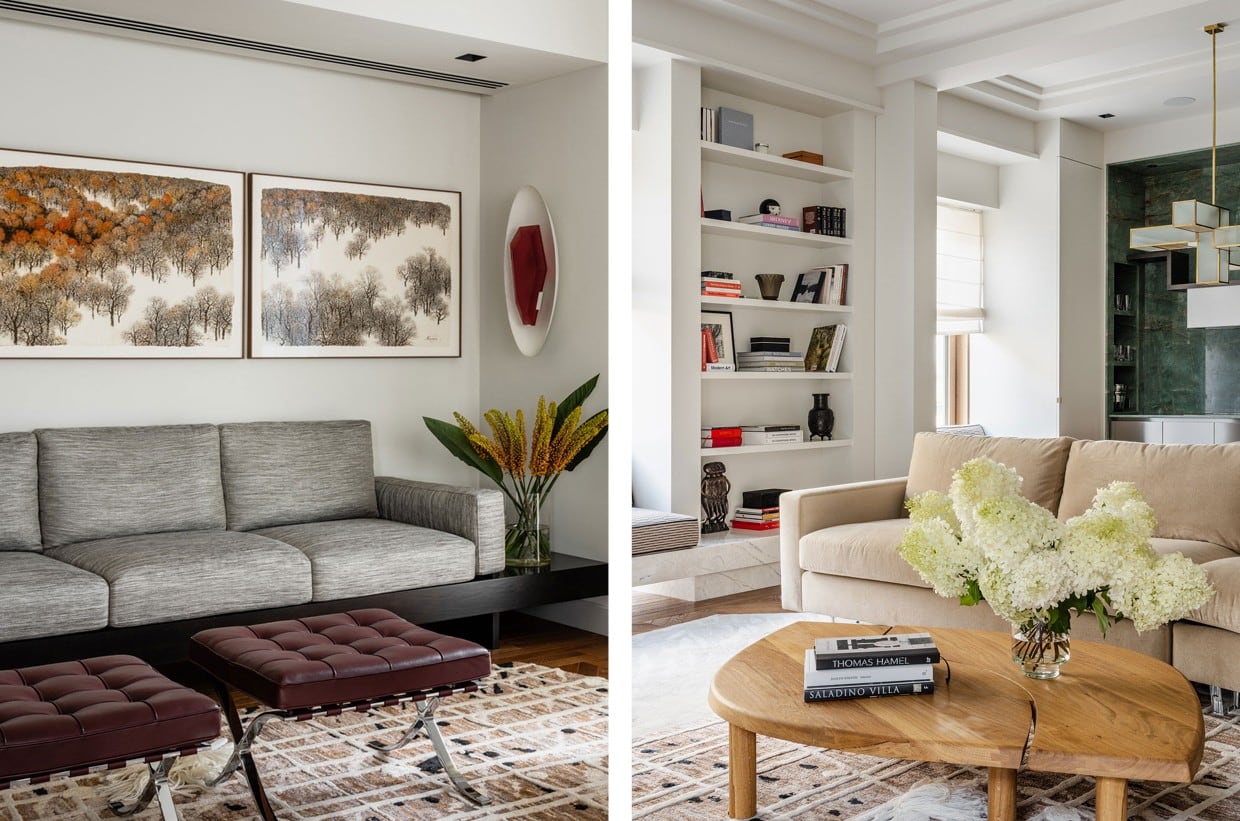 Harmovniky Apartment is located in the Khamovniki District in Moscow, a beautiful area in the city centre. ‘I love the area,’ says Malyeva. ‘It is central but calm, with a mix of modern and old architecture. […] There are several parks nearby, as well as restaurants and farmers markets.’ The project consists of two flats which together form a spacious home with three bedrooms, high ceilings and a lot of natural light.

Malyeva could not predict that she would become her own most demanding client. 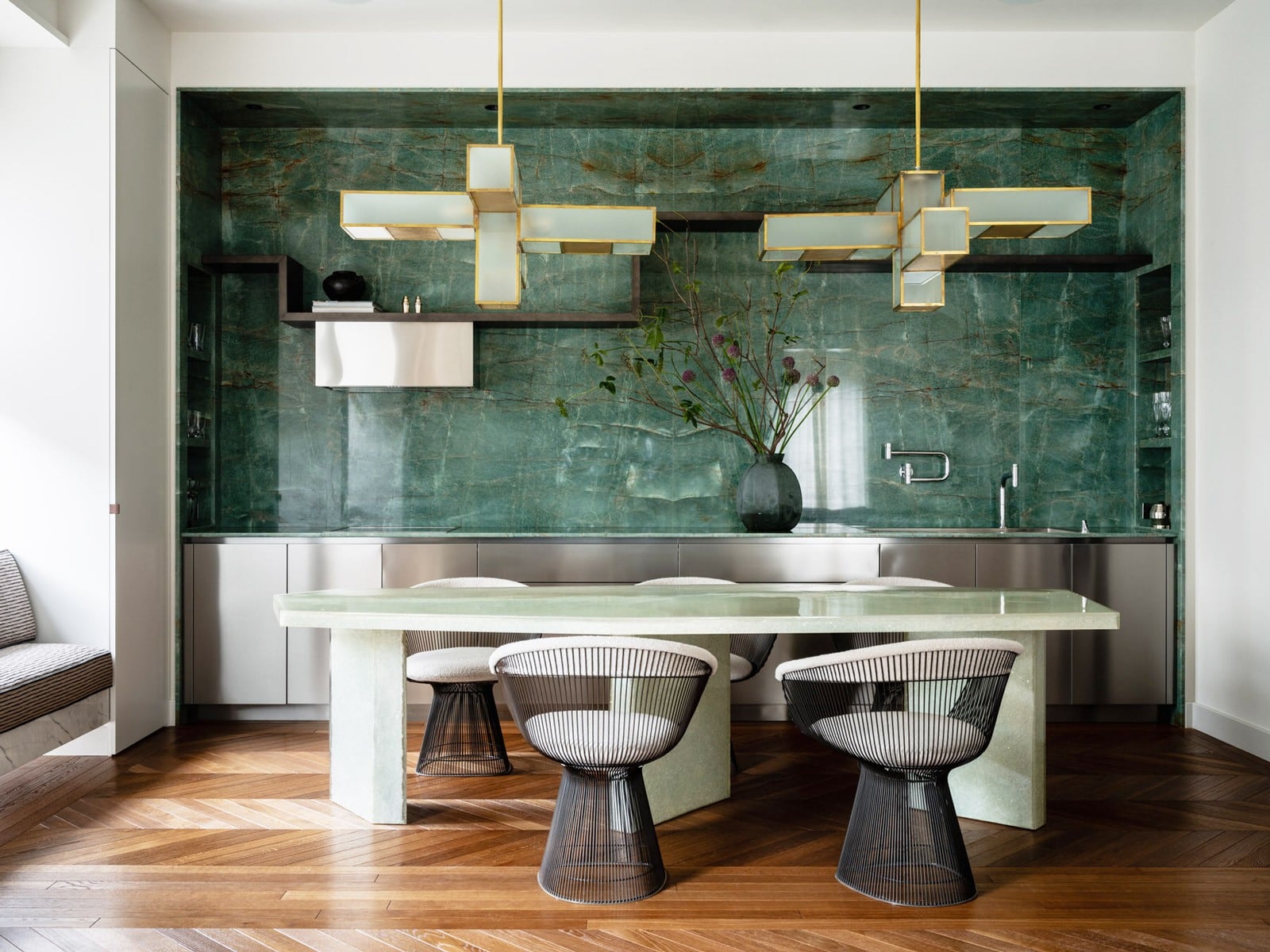 The designer used a disciplined approach where every detail was carefully designed. The project embodies a contemporary interior with colourful details. Because the house is Malyeva's own, she was able to give free rein to her creativity. She filled the apartment with her favourite iconic designer furniture such as Pierre Chapo's 'T22' table, Rennie Mackintosh's '292 Hill House 1' chairs, Milo Baughman's sofa bed and Warren Platner's dining chairs. The art, decoration and lighting were also carefully selected. However, Malyeva could not design everything to her liking because one of her children wanted a room in different shades of brown, a colour the designer does not like to work with. The interior of Harmovniky Apartment is a daring combination of diverse designer furniture, shiny marble and striking works of art. Malyeva pulled out all the stops to create this eclectic family home. She concludes: ‘In our new family home, I managed to oscillate between architectural purity and the display of treasures.’ 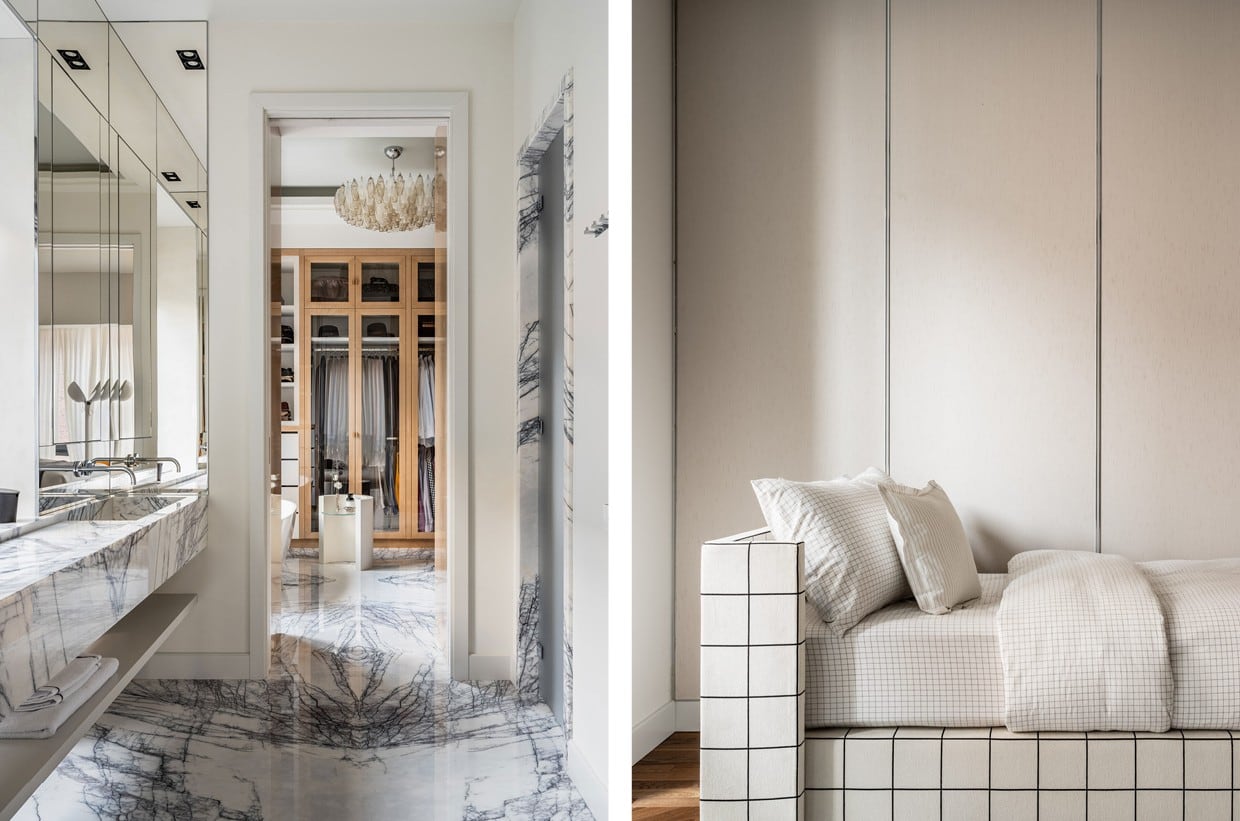 After Ago, a conflicting furniture collection