Polish designer Katarzyne Kuo Stolarska founded her interior design studio in 2006. With projects in Poland, France, Corsica, Belgium and the UK, we can say that KUOO Architects is conquering the world. At the end of 2019 the studio even opened an office in Norwalk, Connecticut, just above New York. 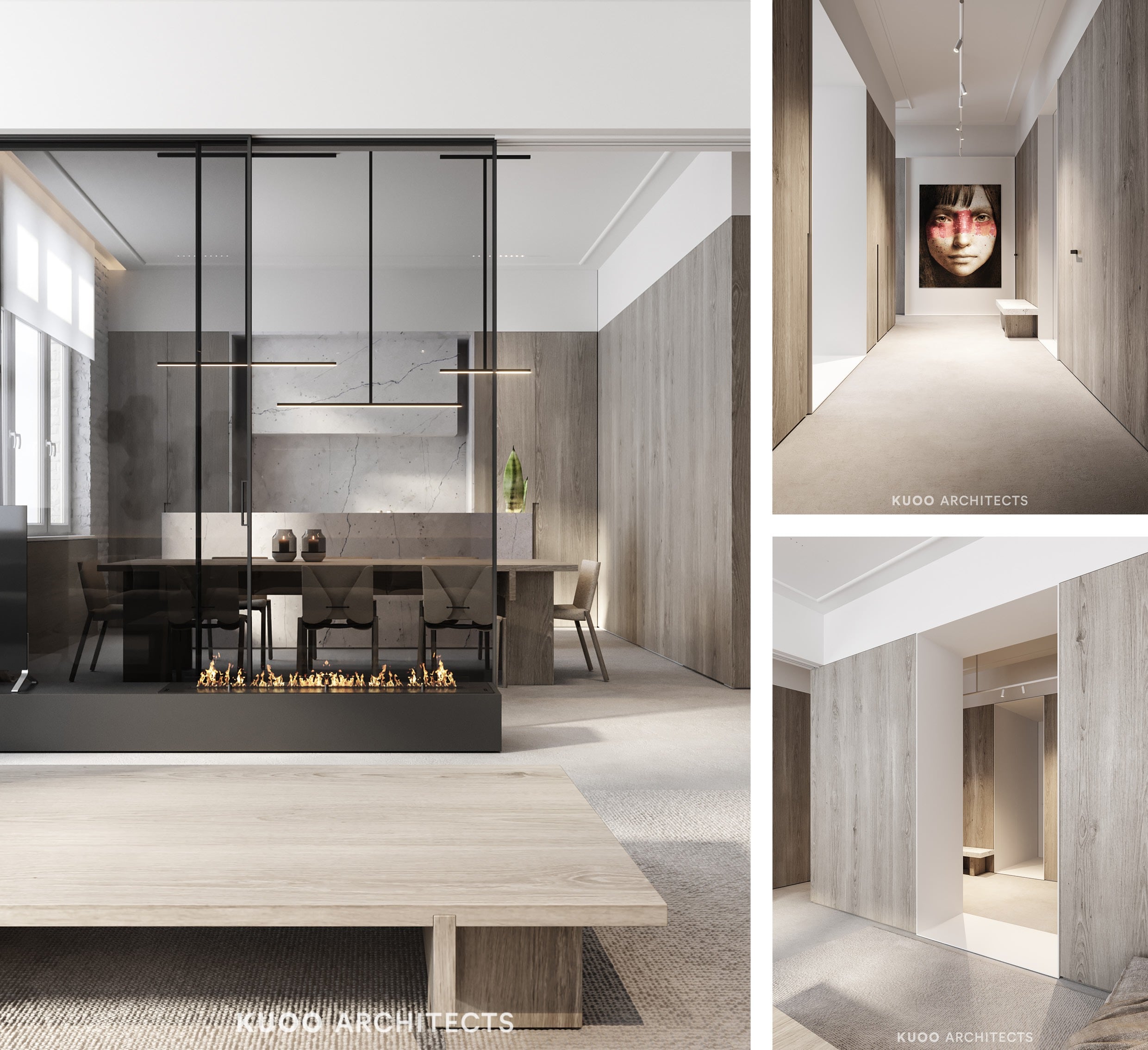 Between contemporary minimalism and a timeless warmth.

We spoke to the designer two years ago when she was commissioned here in Belgium to furnish a new home for a couple with two children. Then, Katarzyne described the style of her studio as minimalist with a feminine touch. She loves playing with size, contrasts and elements of surprise. Be sure to read the full interview with her about House Weert.

In a recent apartment renovated by KUOO Architects in Sopot (a popular seaside resort on the Baltic Sea, between Gdansk and Gdynia) we once again see the exceptional talent of the Polish designer. The way in which she divides space and creates dynamism with a limited, neutral colour palette really blows our socks off. 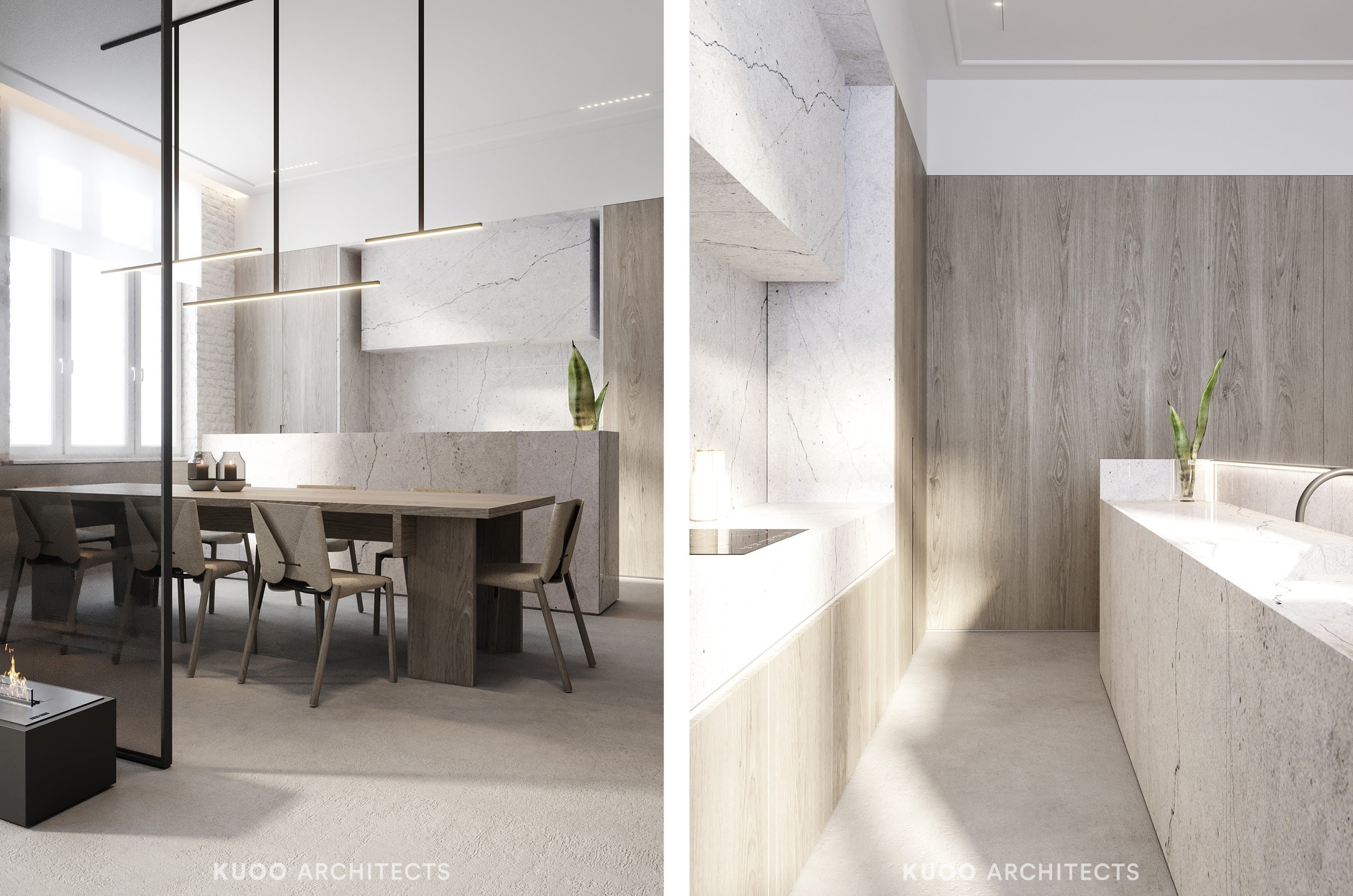 Contrary to most apartments where a limited surface area means more modest furniture, we find here some impressive pieces. Just look at the sofa that takes up almost the entire width of the living room and the coffee table which, despite its simplicity, is also a real eye-catcher. Slightly tinted sliding panels have been placed between the sitting area and the dining and kitchen area. These separate the functions without reducing the size of the rooms or taking away natural light. Genius!

All images courtesy of KUOO Architects