The Lebanese architect Carl Gerges regularly blows away his fans. This time, it’s not with a new album from his band Mashrou Leila, but with his recent picturesque interior and architectural design called Villa Chams.

The designer Carl Gerges hopes with his own studio to positively impact people’s lives visually, sensually, emotionally or practically. His work is recognisable thanks to his innovation and freedom to reinvent himself with each project. His projects have a soft and peaceful feel with a commitment to nature. We spoke with the architect about his balance between his two successful careers as a musician and designer, his sources of inspiration and the project Villa Chams, which is very close to his heart.

An advocate of authenticity and earthy design, Gerges' recent project Villa Chams embraces the meaning of the environment and everything it represents. He takes us to Lebanon's most arid and historic landscape, which inspired him in particular. Villa Chams, which means ‘sun’ in Arabic, is a private residence located in Baalbek that overflows with charm, design and demonstrates a deeper connection to nature. The residence welcomes you with a magnificent panorama of olive trees, fig cacti and red rocks with a modern colonnade that creates what is most desired in the arid environment here: shade. 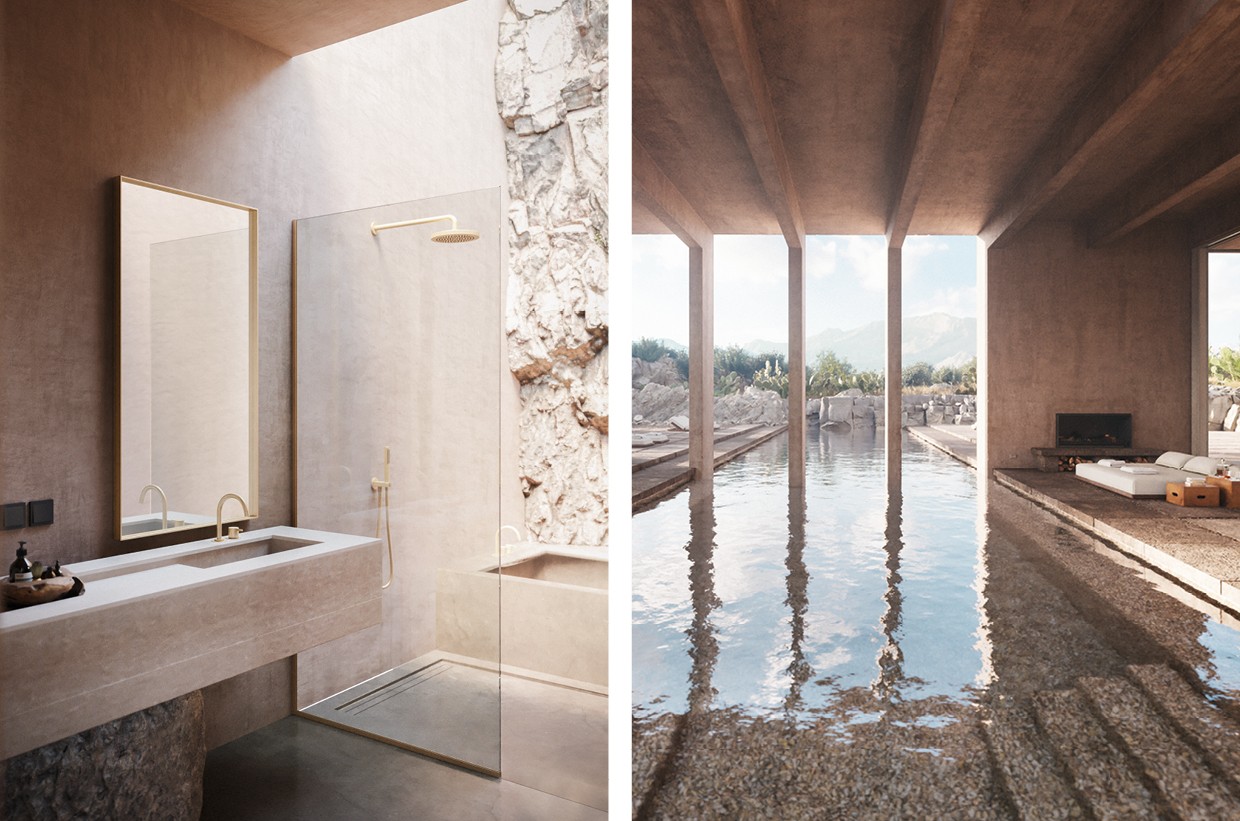 An experience that appeals to all the senses.

The residence was built in conjunction with a natural oasis, which is entered like a cave where you discover an underground river that has now been transformed into a swimming pool and runs between the colonnades. Gerges explains that he avoided using wooden curtains in the bathroom so that the sound of the water would reverberate in all the rooms. Then there is the music and reading room, which is built into the ground one level below. It is a symbolic gesture that emphasises not only the architect's deep-seated emotional bond with sound and nature, but also with mankind – this particular room opens up to the outside world at eye-level.

Underlying the mix of the colour and material palette is a beautifully raw and natural aesthetic that blends into the landscape even though the area extends over more than seven thousand square metres. Furthermore, Villa Chams offers an experience that appeals to all the senses. For example, the bottom of the pool is made of rough terrazzo that has an earthy effect that massages your bare feet. The furniture, which fits perfectly into the context, helps open up a world of luxury composed of leather finishes and shades of tobacco. Baalbek's seasonal character adds another dimension to its beautiful surroundings. Touching all the elements of nature, this luxurious residence has been carefully designed to exude feelings of harmonious tranquillity. In short, you have never seen a more pleasant retreat. 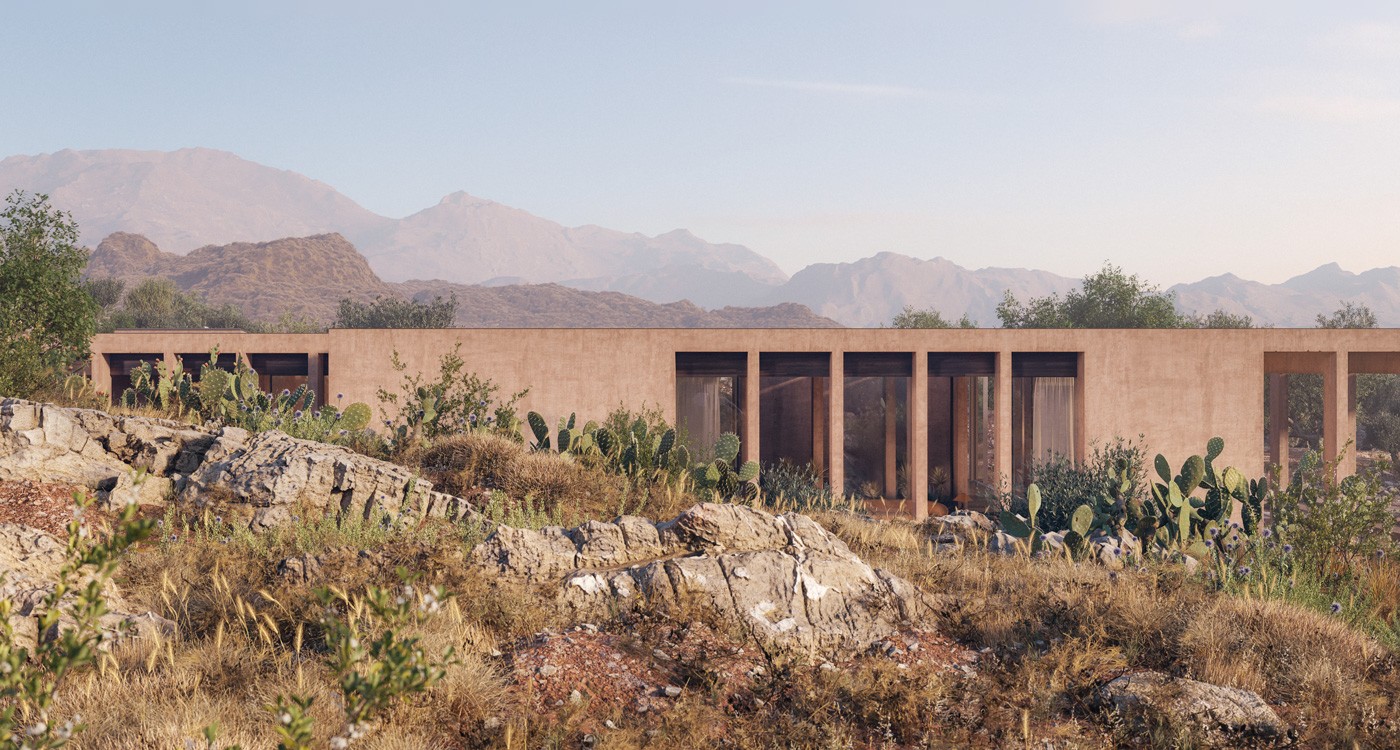 The full interview with Carl Gerges and the Villa Chams project can be found in the summer edition of our magazine, Imagicasa Summer 2021.