Green and sustainable office space in the heart of Barcelona

The Spanish design studio Mesura is known for its sustainable building methods, as you could also admire at The Jungle House and Casa Ter. Now, they were allowed to design, entirely in their own style, an office space in the heart of Barcelona. This resulted in an open space with lots of light, colour and sustainable materials, and with a perfect harmony between inside and outside. 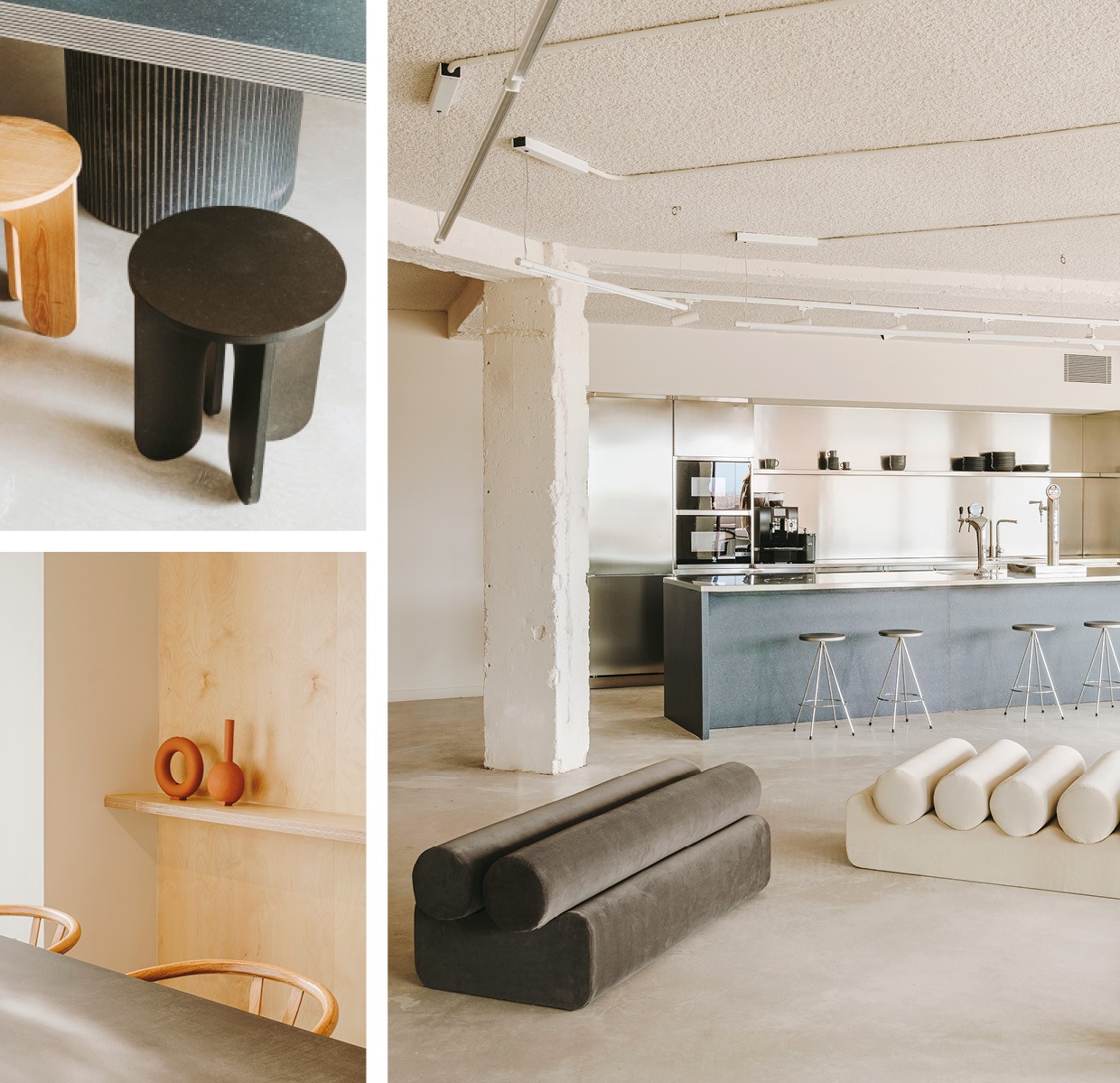 Now that working from home is the new normal, the function of the office space has also changed. It is no longer just a place to work, but also to meet, connect and inspire. In order to integrate these concepts into their workspace, the coworking company Cloudworks called in the help of Mesura. The Spanish design studio was asked to design the newest space in the centre of Barcelona – a penthouse with a full view of the city – and did so according to three important design principles: function, identity and well-being.

The contemporary office space has both a private and a public function, but both roles should not get in the way of each other, according to the designers. The meeting rooms at Cloudworks serve as a buffer to separate the social from the public space. In the middle is an informal meeting space, which is between the public and the private. 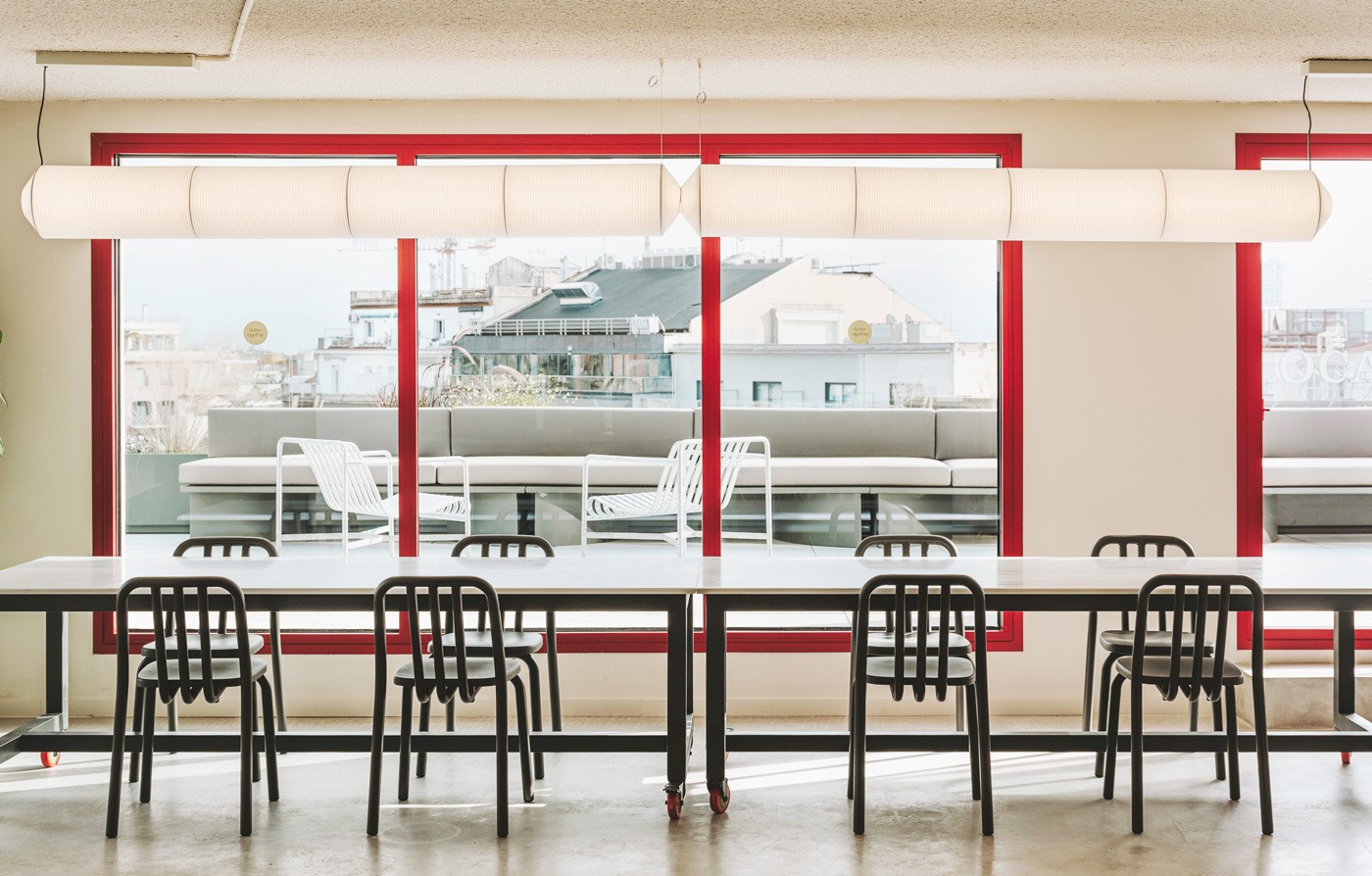 The coworking space was completely opened up, with everything removed except for the pillars and authentic robust installations. In this way, the office opens up to the terrace and the impressive view. The terrace is flanked on all sides by greenery, which acts as a natural buffer against the busy city. While the office space is brought outside, the project simultaneously brings the Mediterranean climate inside the interior. It does this by wrapping all the rooms in a monochrome white. In this way, Cloudworks becomes a continuous whole, encompassing all the functions that a coworking space needs nowadays.

Each space is given its own identity, thanks to the furniture in different colours. 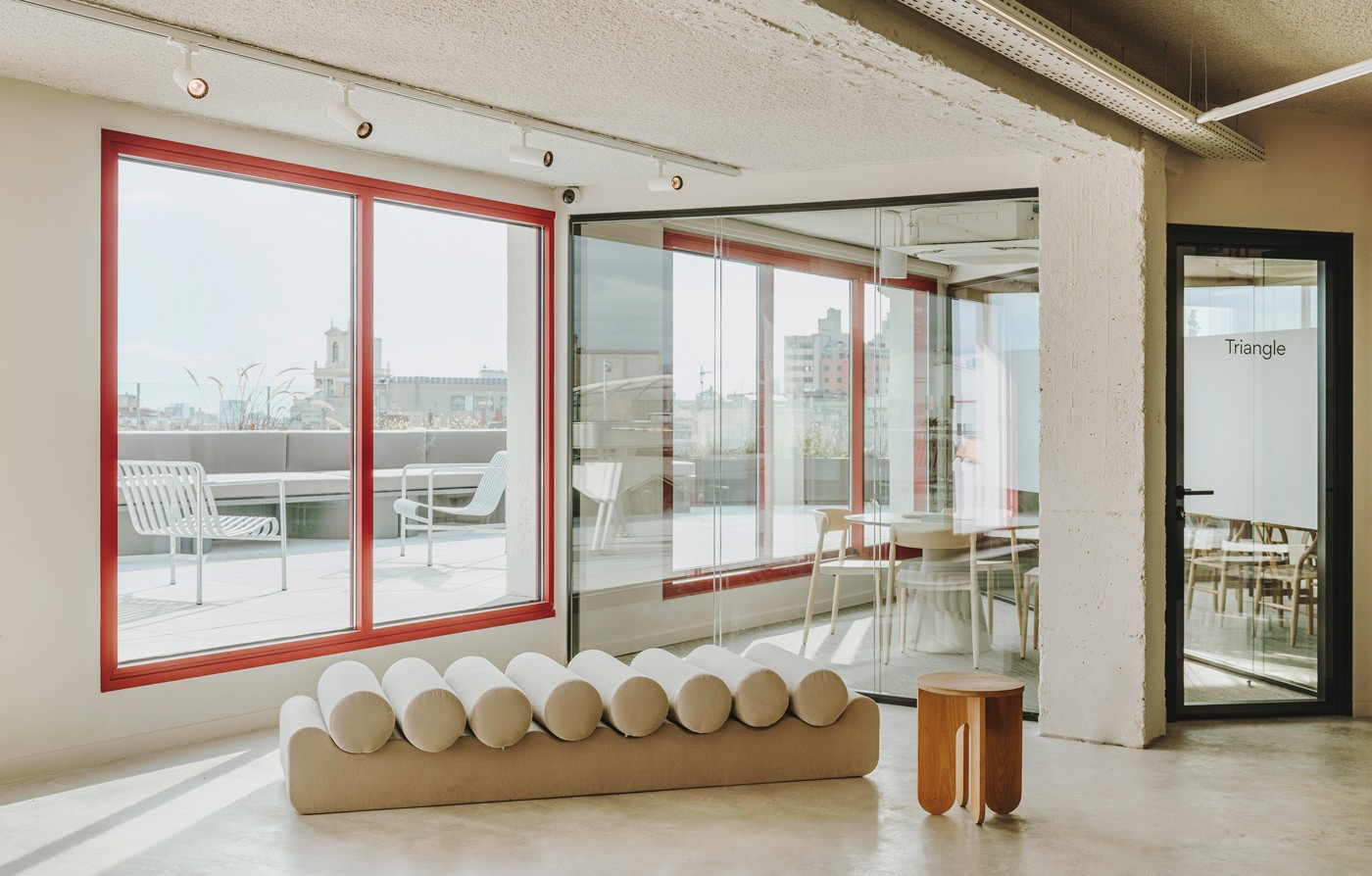 Within this whole, each space is given its own identity, thanks to custom-designed furniture in different colours, which creates a young and dynamic atmosphere. In the social area there is a green bar, while a beige and blue table colour the intermediate and office area respectively. Each piece of furniture was produced locally, making a statement in favour of the local economy and makers in Barcelona.

Recycled materials were also used, in collaboration with Copenhagen-based Really. The latter use discarded textiles to create interesting new materials. In this way, they want to challenge the design and architecture world to rethink their use of resources and materials and design projects in line with the circular economy. 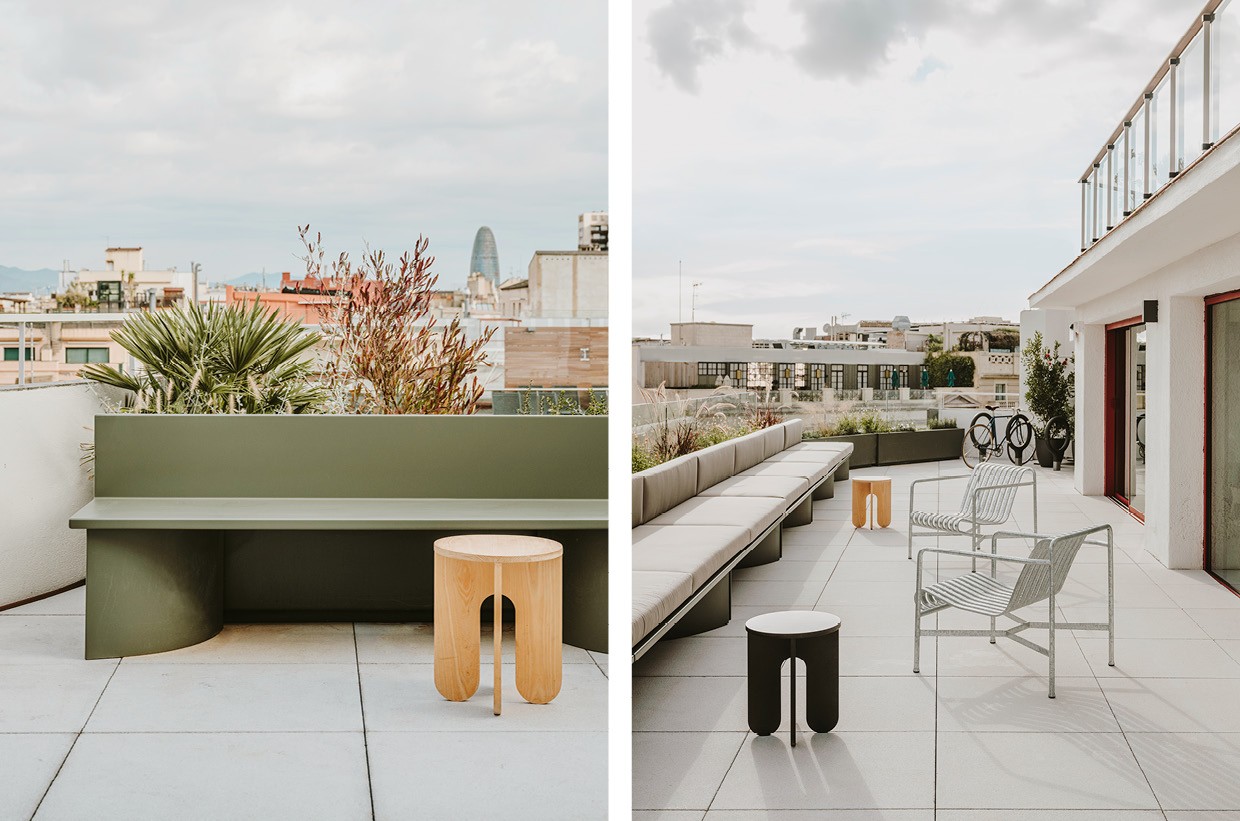 Finally, the well-being of both the users and the building was also ensured in this project. Cloudworks was designed in accordance with the WELL building standard, which states that aspects of our environment interact with personal, genetic and behavioural factors to shape our health and well-being. Therefore, WELL carefully considers interactions between people and the built environment, interactions that not only determine our physical health but also our behaviour.

A Greek residence with a see-through pool