Since founding his eponymous architecture and design studio, John Irving and his team strive to simplify design in every project they complete. This is no different with the Dart, a holiday home near Auckland, New Zealand. The residents can enjoy endless views, with the ocean on one side and farmland on the other.

Studio John Irving Architects stands for simple, but well-considered design. They strive for an enriching beautiful result, which is modern yet timeless. John Irving founded his studio in 2004, after working in Auckland, Berlin and London for a decade. With his team of architects, he now successfully delivers project after project.

One of these projects is the Dart, a unique holiday home located at Breamtail Farm, north of Auckland. The house is characterised by beautiful views and a unique, streamlined shape. The simplicity and strength of this shape anchors the building seamlessly into the hill.

The simplicity and strength of the shape anchors the building seamlessly into the hill.

Although the shape as seen from above is rather unusual, it is a direct response to what was already present on the site, according to Irving. The peninsula on which the Dart is built, faces north, with views to the east and west. The architect extended this to the holiday home, which also faces north. In every project, Irving is guided by the qualities of the site. That was no different here. The Dart fell into place as it were, according to Irving.

The soft grey of the wooden cladding around the house is visually soft, and the interior is a continuation of the exterior. He also designed a terrace on both sides, in such a way that the view can be enjoyed everywhere. 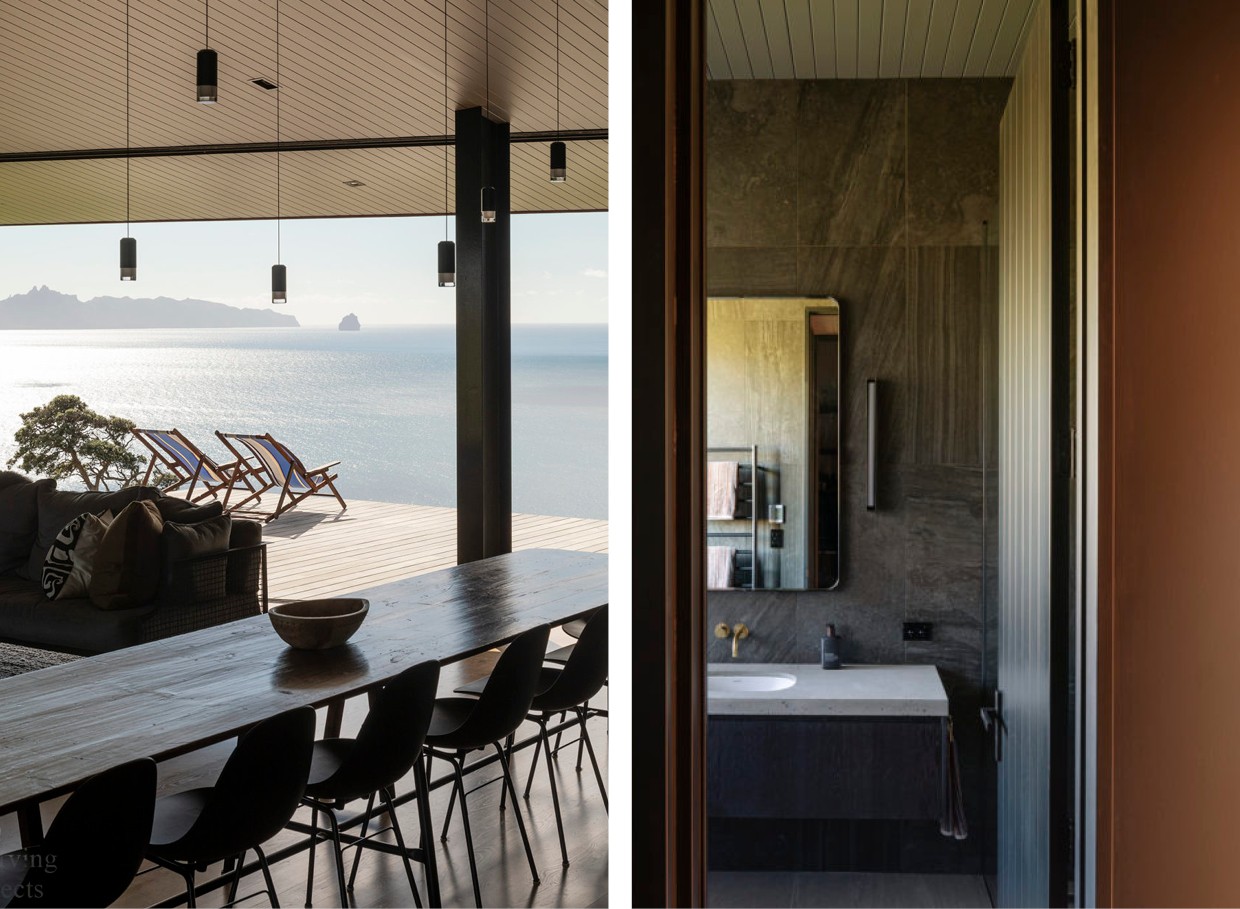 For Irving it is important to listen to his clients and to undertake the journey together with them. His goal to make them happy with his projects has once again succeeded here. ‘With just a brief explanation, he had immediately sketched out a concept that appealed to the imagination and blended into a beautiful location,’ according to the client. So it should come as no surprise that the holiday home was named as one of the finalists of House of The Year 2020 by New Zealand magazine HOME. 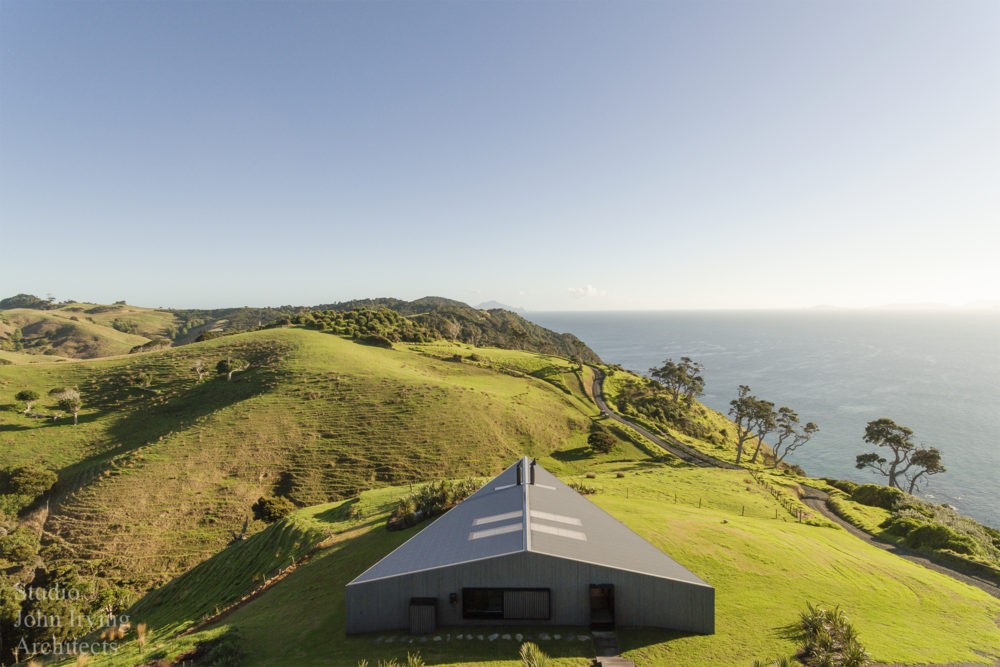