Architect in the spotlight: Peter Zumthor

As the son of a furniture manufacturer, he never thought his future would take place beyond his father's company. And yet, Peter Zumthor started his own architectural office in Haldenstein, Switzerland, in 1979 and has since become one of the most important contemporary architects. Remarkably, he deliberately keeps his portfolio limited.

It is no surprise that Peter Zumthor is called one of the most influential contemporary architects. In 2009 he won the most illustrious architectural prize, the Pritzker Prize, for his entire oeuvre. And this despite the fact that he keeps his practice very small and that his work remains untouched by fashion or trends. 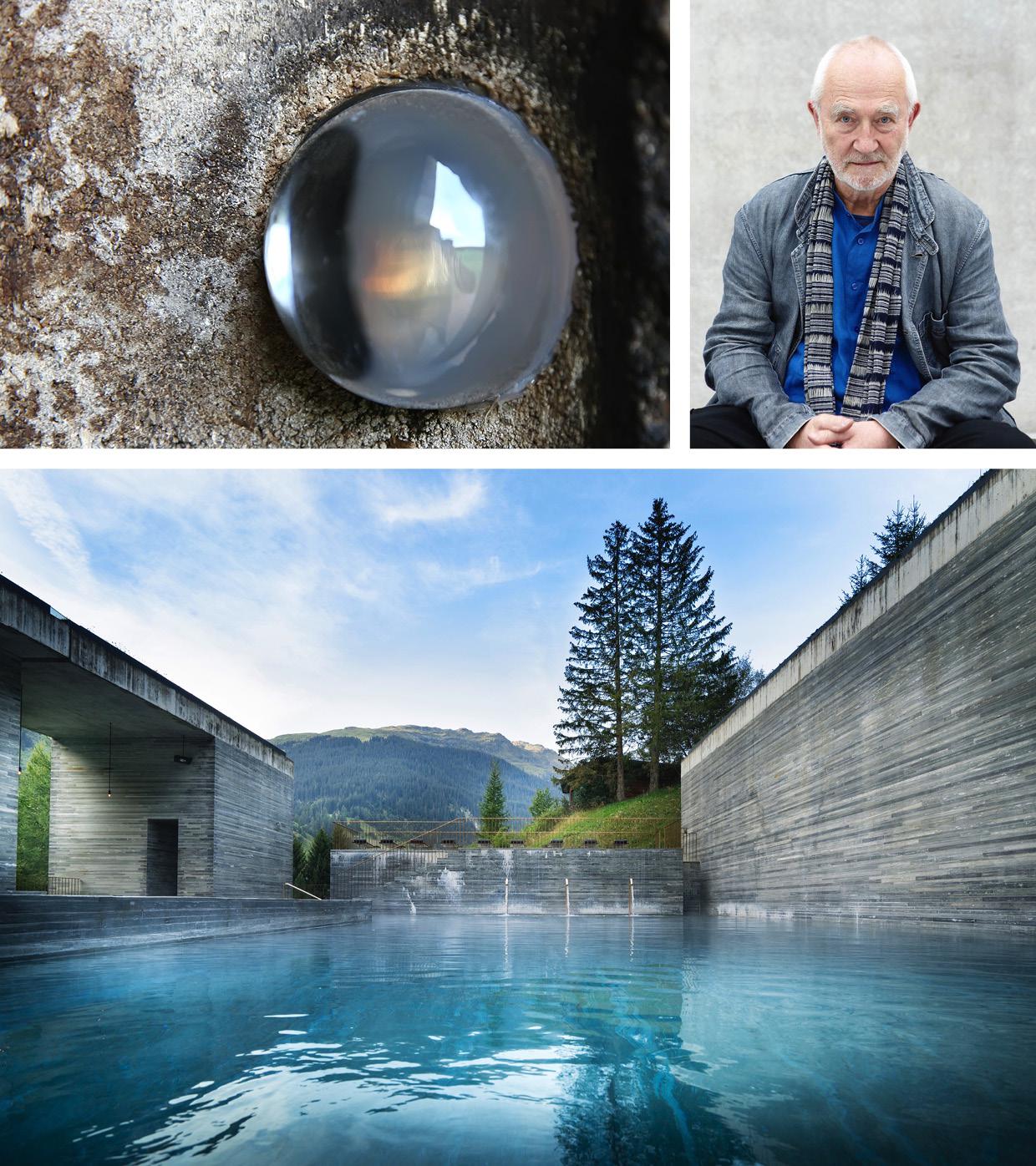 He was born in 1943 in Basel and started studying in this Swiss city at the art academy to become a furniture maker in 1958. When minimalism made its appearance in the mid-sixties, he became more and more interested in architecture. And so, his story began. In 1966 he graduated from the Pratt Institute in New York. For a number of years, he carried out restoration projects for the preservation department in Graubünden, before eventually starting his own architectural office in 1979.

Zumthor's office is located in Haldenstein, a mountain village in Switzerland, where a small team of around thirty employees work on upcoming projects. For him, being there means being able to enjoy nature, surrounded by people who are important him, his family and his colleagues.

Pretty much the most influential architect of the 20th and 21st centuries.

Zumthor has only 20 projects in his portfolio because he likes a slow, uncompromising approach to architecture. Creating beautiful buildings that require concentration, study and a lot of time is important to him. Although, in Zumthor's language the adjective 'beautiful' does not only have an aesthetic meaning: “Every little thing becomes important when it is part of something bigger, the evolution of time and nature. It is true for everyone’s life but also for architecture. I am interested in spaces that become a connection: between people, with the landscape, and above all with what is already there. Architecture must stimulate a bond with history, while at the same time produce contemporaneity. If there are no conditions to do create this mix, I don’t even start.” 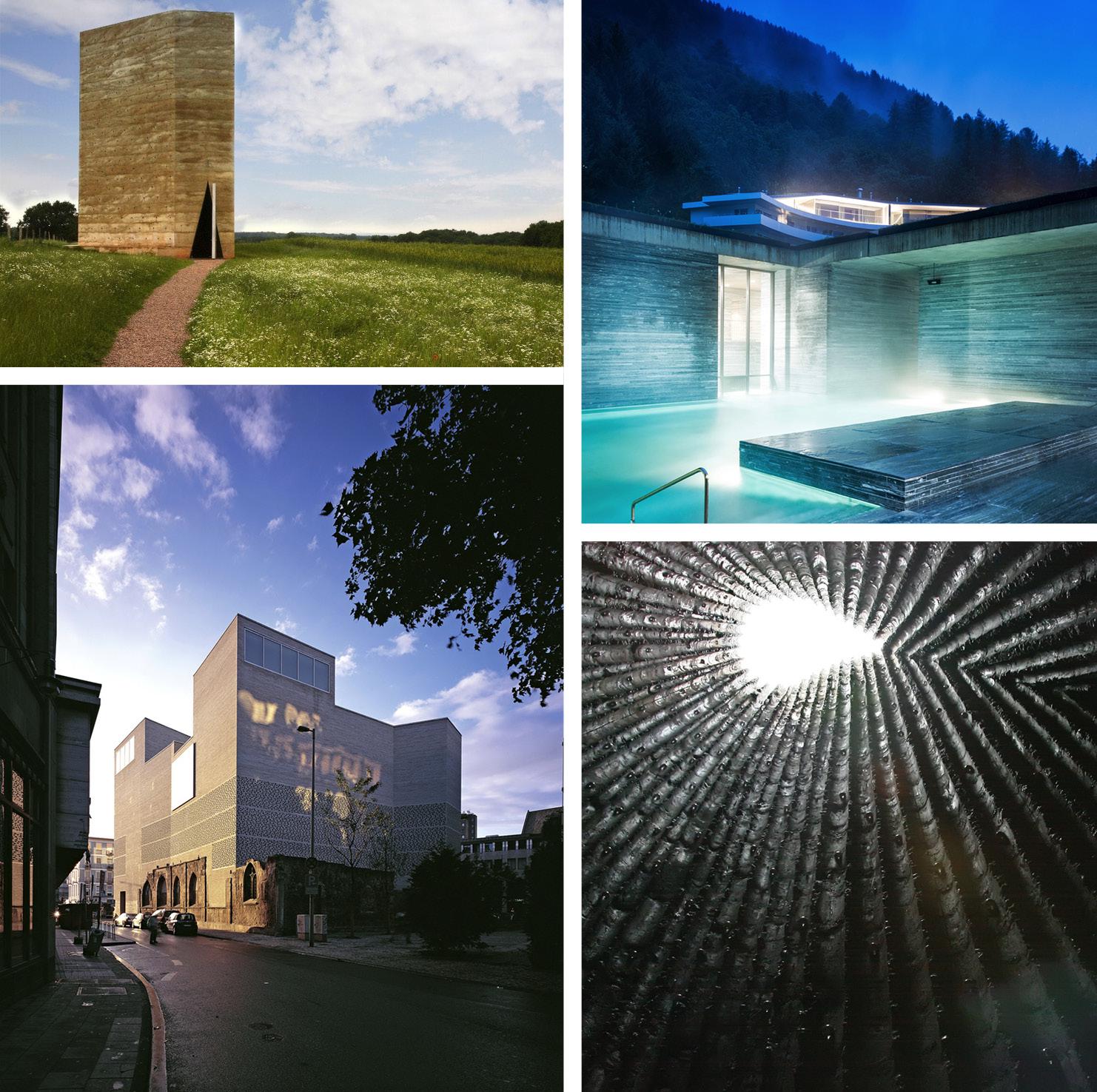 THERME VALS
His first buildings were all located in Switzerland, including the Therme Vals health resort in Graubünden. It was built on natural hot springs. The spa opened in 1996 and is still one of Zumthor's most popular projects. The structure consists of layers of quartzite stone which can be found in the vicinity. Its combination of stone, light and water make it a majestic building. Only two years after its opening, it was already named a national monument.

BRUDER KLAUS KAPELLE
It was the German farmer Hermann-Josef Scheidtweiler who asked Peter Zumthor to design a chapel in honour of Bruder Klaus, the Swiss patron saint and also coming from a family of farmers. Scheidtweiler wanted to pay tribute to this saint and to pray for a fruitful life. The farmer had no idea who the architect was, he had just seen his name in the newspaper and called him. Zumthor decided to accept the commission because Bruder Klaus was also his mother's favourite patron saint.

Peter Zumthor, who would actually be far too expensive for such a private project, managed to reduce the costs by creating a simple yet unique design. Thin tree trunks became the formwork for the concrete. After the concrete had been wrapped around it, a smouldering fire was lit inside the chapel that burned for three weeks. The tree trunks became charred which gives a special effect on the inside. Hundreds of round holes provide a unique incidence of light. The entire chapel was largely built by the farmer and his family themselves. 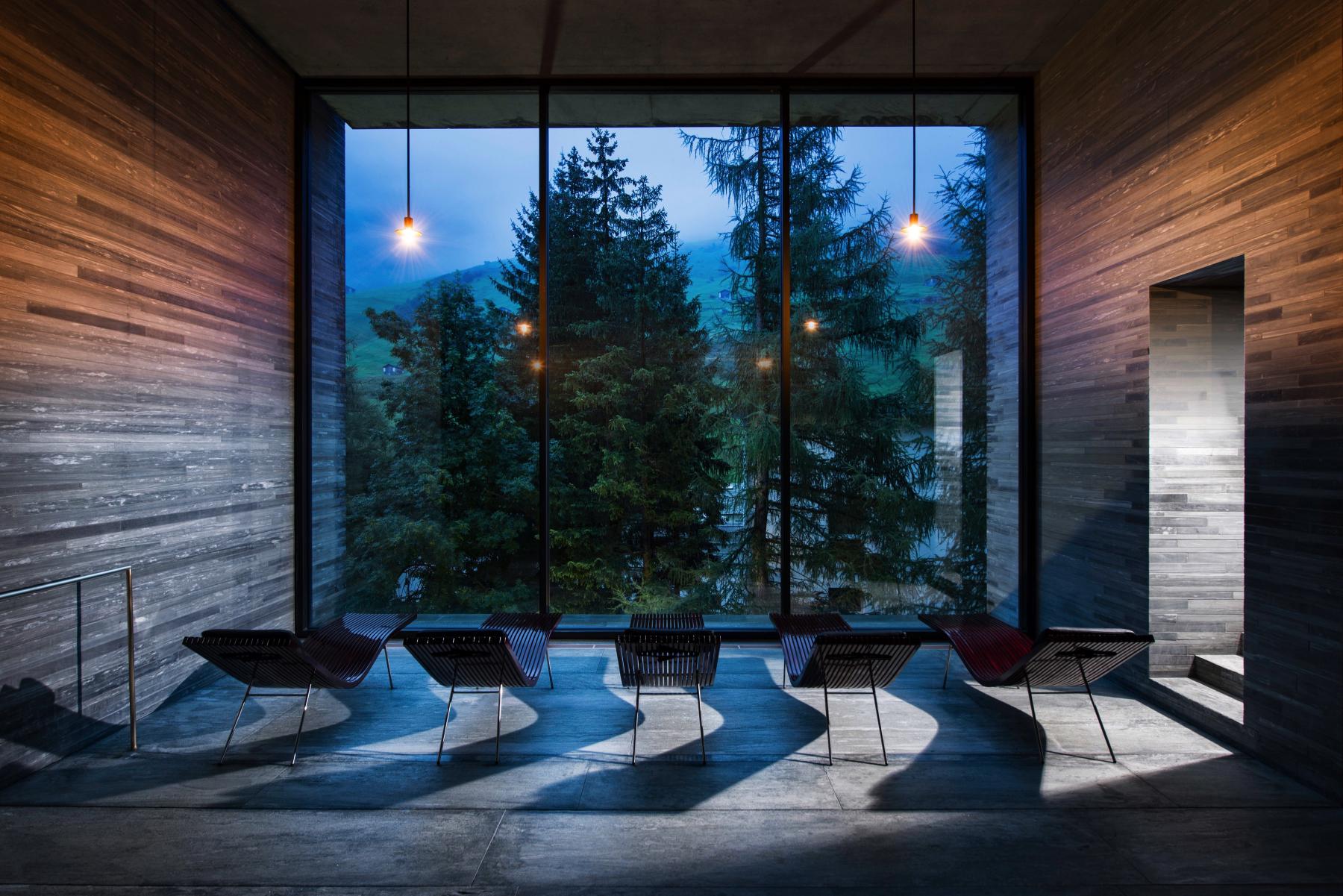 More projects followed, including the Kolumba Museum in Cologne and Kunsthaus Bregenz in Austria. In addition to the Ptizker Prize, Zumthor won many other prizes, such as the RIBA Gold Medal and the Mies van der Rohe Award. Soon he will also be working with our partner Triple Living on a construction project in Antwerp. We are already looking forward to the result!

Round shapes and a flowing interior in Caroline House