Round shapes and a flowing interior in Caroline House

This Caroline House in Melbourne is a gem of modern design, both indoors and outdoors. Geometric shapes, flowing lines and contrasting colours define the elegant, sleek interior. With their formal approach, a balanced relationship between garden and interior space and a detailed eye for colour and texture, studio Kennedy Nolan produced a beautiful result. 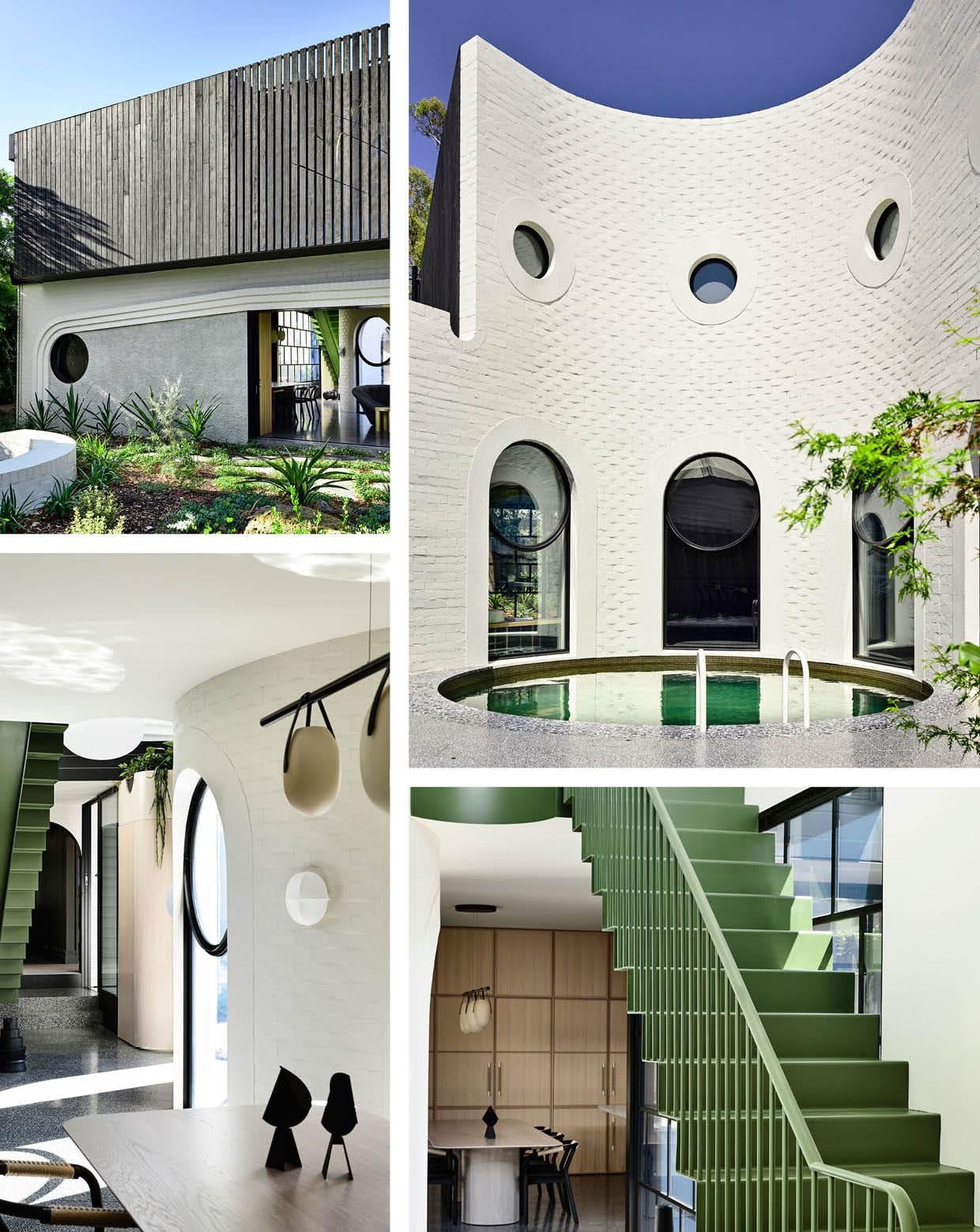 Patrick Kennedy and Rachel Nolan, the duo behind Kennedy Nolan, are the designers of this beautiful little shelter. The Edwardian house dates from the early twentieth century and was renovated by Kennedy Nolan who added a completely new, curved, white rear facade.

The client wanted an expressive, memorable and captivating family home. An important element that had to fit in with the design was the exterior. In the beautiful garden we find next to a lot of green also a round swimming pool that the designers added right next to the house. The circular shape of the pool is reflected in the house as well. The round forms in the windows above and along the kitchen and living space provide a nice continuity.

“The principle of curved walls allows a layered and nuanced interior and a dramatic and fascinating exterior.”

These shapes also return inside the home. There are almost no doors but only arched openings and curved walls. "The principle of curved walls creates a layered and nuanced interior and a dramatic and fascinating exterior,” according to the designers. Everything a fluent harmony! 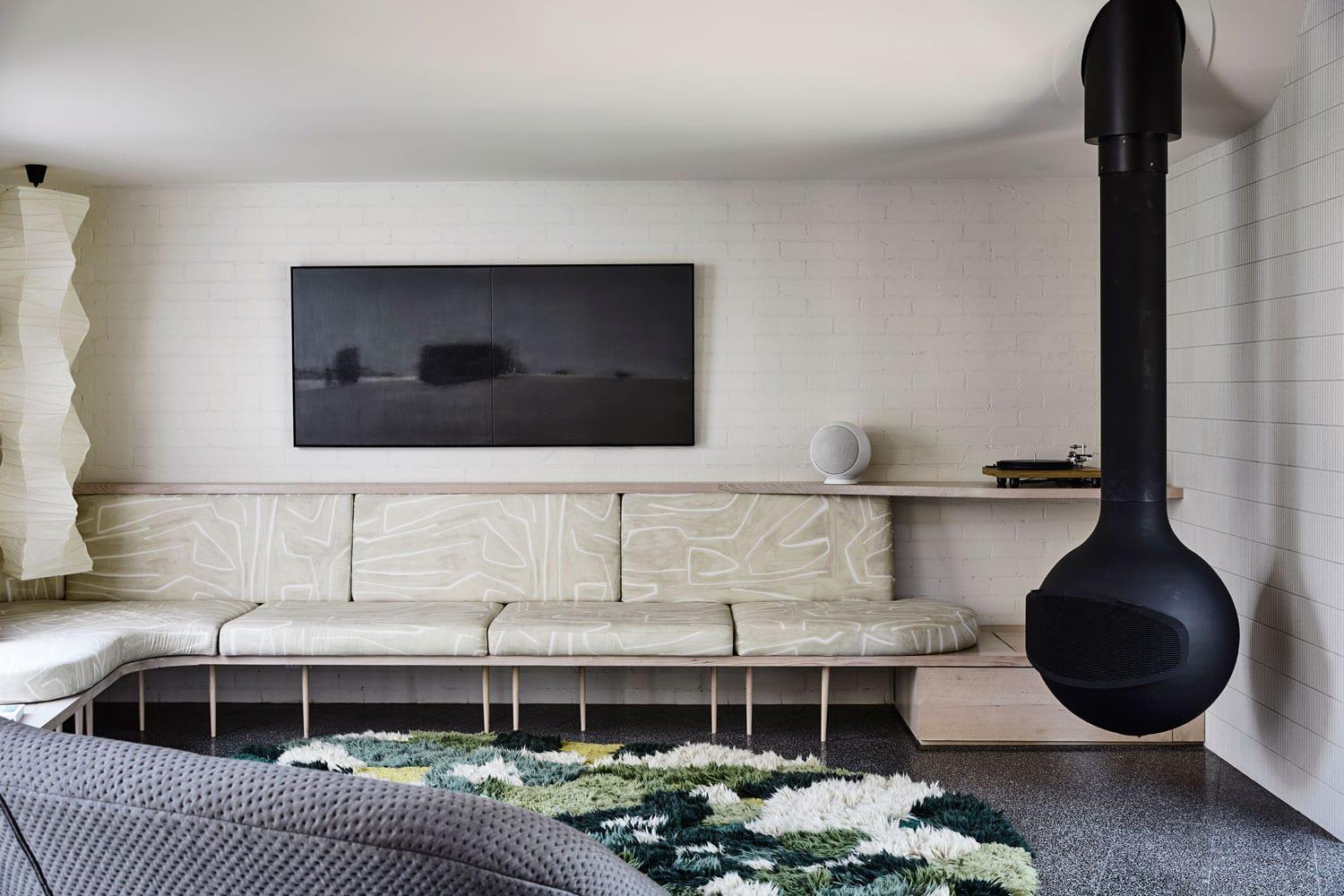 The colours chosen by the designers are soft beige tones with black details and here and there – in the fireplace, the stairs, the carpet –  a green element to complement the sober palette nicely. No wonder the beautiful house won several awards, including the Victorian Architecture Award for Residential Architecture. 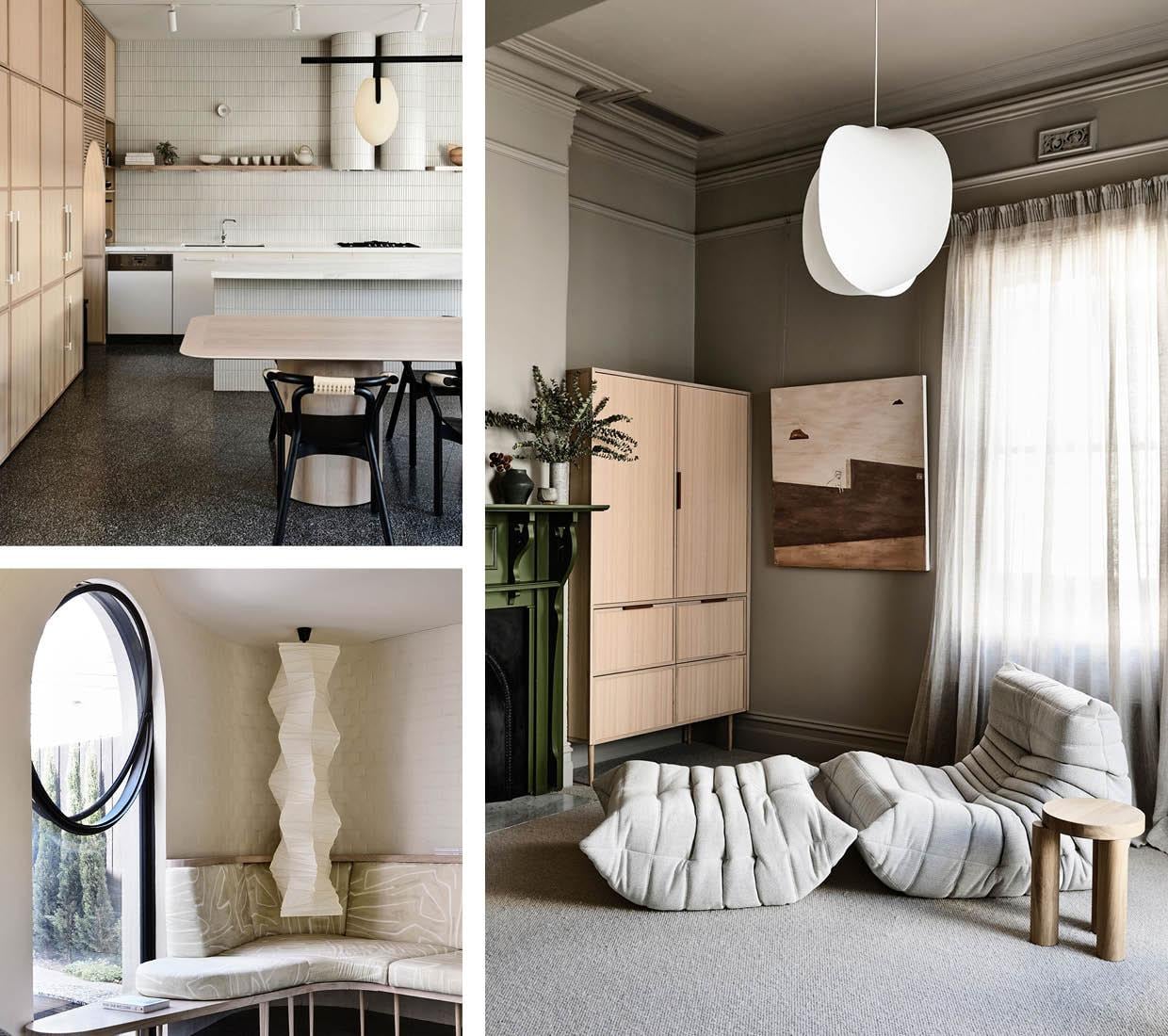 Wuxi Show Theatre – The House of the Dancing Water