A stunning project in New Zealand

This breathtaking residence located on the unique heritage site called The Landing in New Zealand's Bay of Islands earned an award at the 2019 New Zealand Institute of Architects Auckland Awards for a reason. We take you to this luxurious destination to take a closer look at the 'Vineyard Residence' project, an unforgettable villa designed by Cheshire Achitects.

Cheshire Architects is involved in a wide range of projects, operating mainly within the realms of luxury and sobriety, newness and age, but also roughness and sophistication. The work of architect Nat Cheshire, who took the main lead in Vineyard Residence, has already won eight 'Best Awards' in four years and has twice been named New Zealand's 'Metro Designer of the Year'. 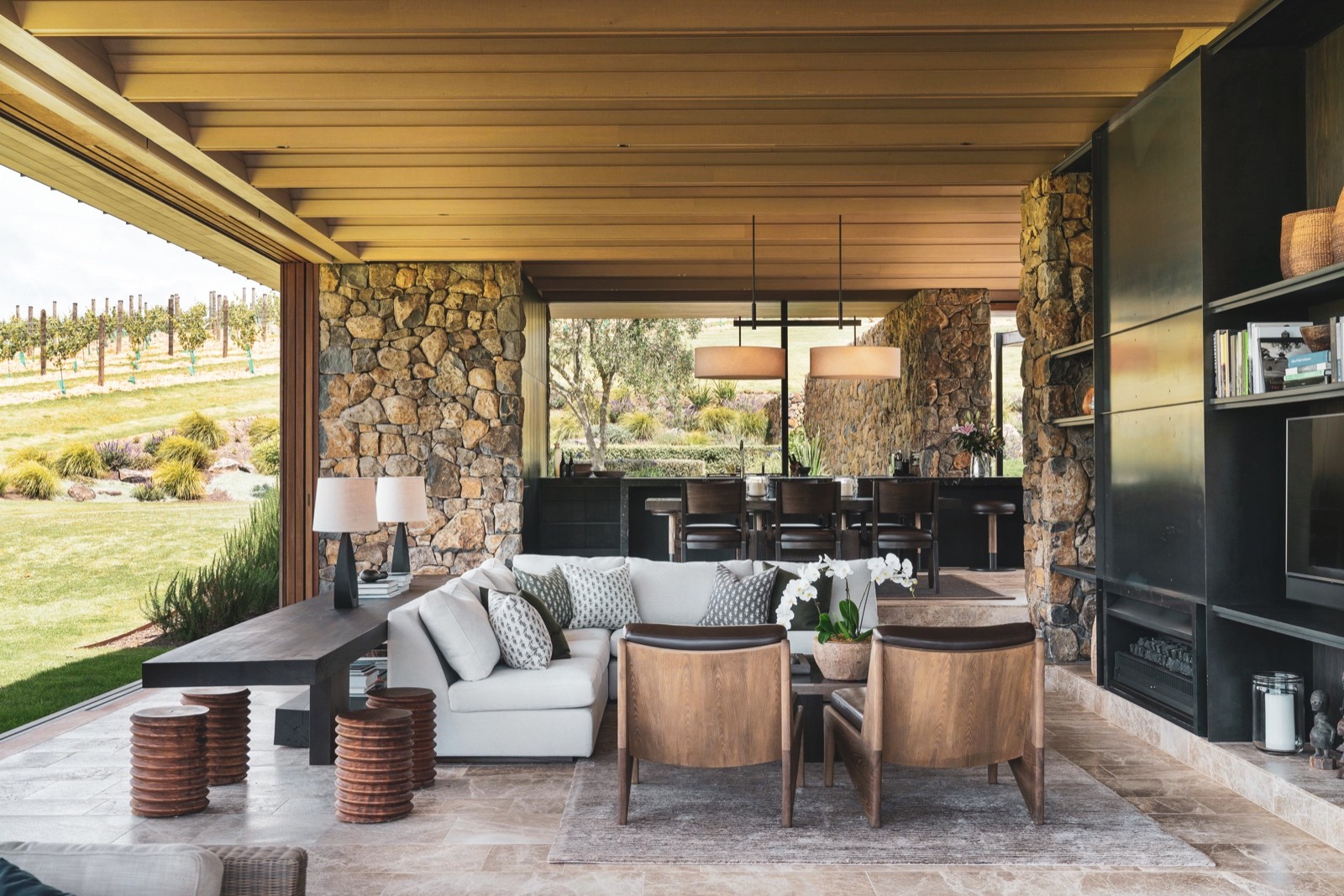 Vineyard Residence is just one of four villas designed by Cheshire Architects on the expansive Bay of Islands coastal landscape that makes up The Landing. Developer Peter Cooper bought the piece of land in 1999 and has breathed new life into the 400 acres by planting native trees and restoring important archaeological sites. With no fewer than six private beaches and a well-known vineyard, the project doesn't need much to make you instantly fall in love with these beautiful villas. These luxurious holiday villas are also popular with the likes of former American president Obama, who stayed there just a few years ago. All are captivating in their own way, but there is something mysteriously and unforgettably charming about Vineyard Residence.

With a well-known vineyard and as many as six private beaches, it doesn't take much to fall in love. 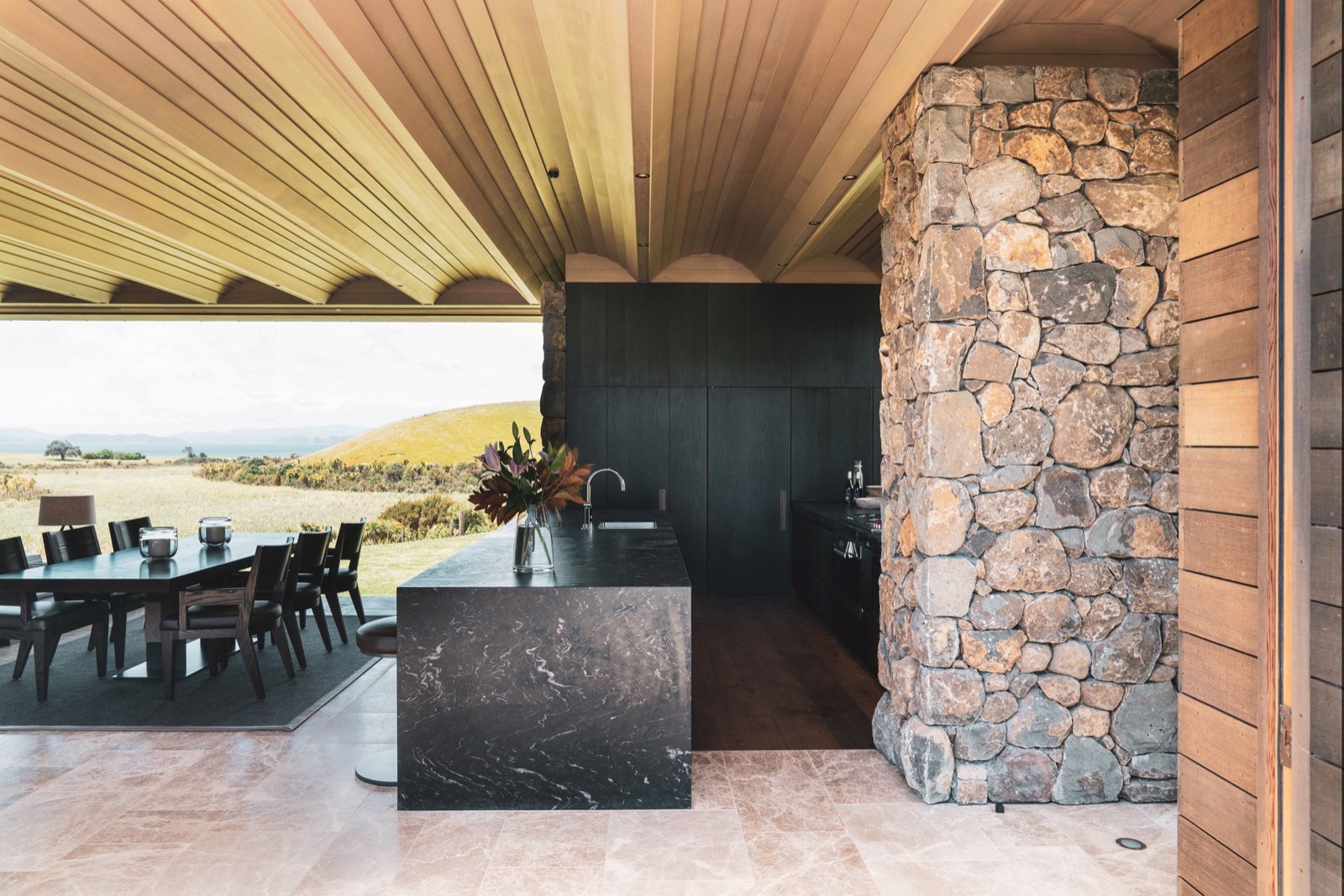 This villa consists of two simple forms that embrace a stone landscape wall to accentuate its dramatic character The architect decided to reinvent the concept of both doors and windows, designing floor-to-ceiling sliding doors that embrace the entire living space and open it up completely. When the door is fully opened up, especially during the idyllic summer months in the Bay of Island, it is like living on the deck of a boat and being outside instead of in the house. This makes the living space very open, so open in fact that the house can turn into what Nat Cheshire describes as ‘a lushly furnished outdoor terrace’. The bedrooms, on the other hand, are completely different. There, the idea is that you walk into a second building that is more enclosed and forms a place of shelter and cosiness. In this way, the beginning and end of the day are clearly marked. Finally, the 360-degree view that the Vineyard Residence offers is dazzling. It must also be noted that all interiors throughout the villa were skilfully designed in collaboration with the American company Lucas Design Associates. 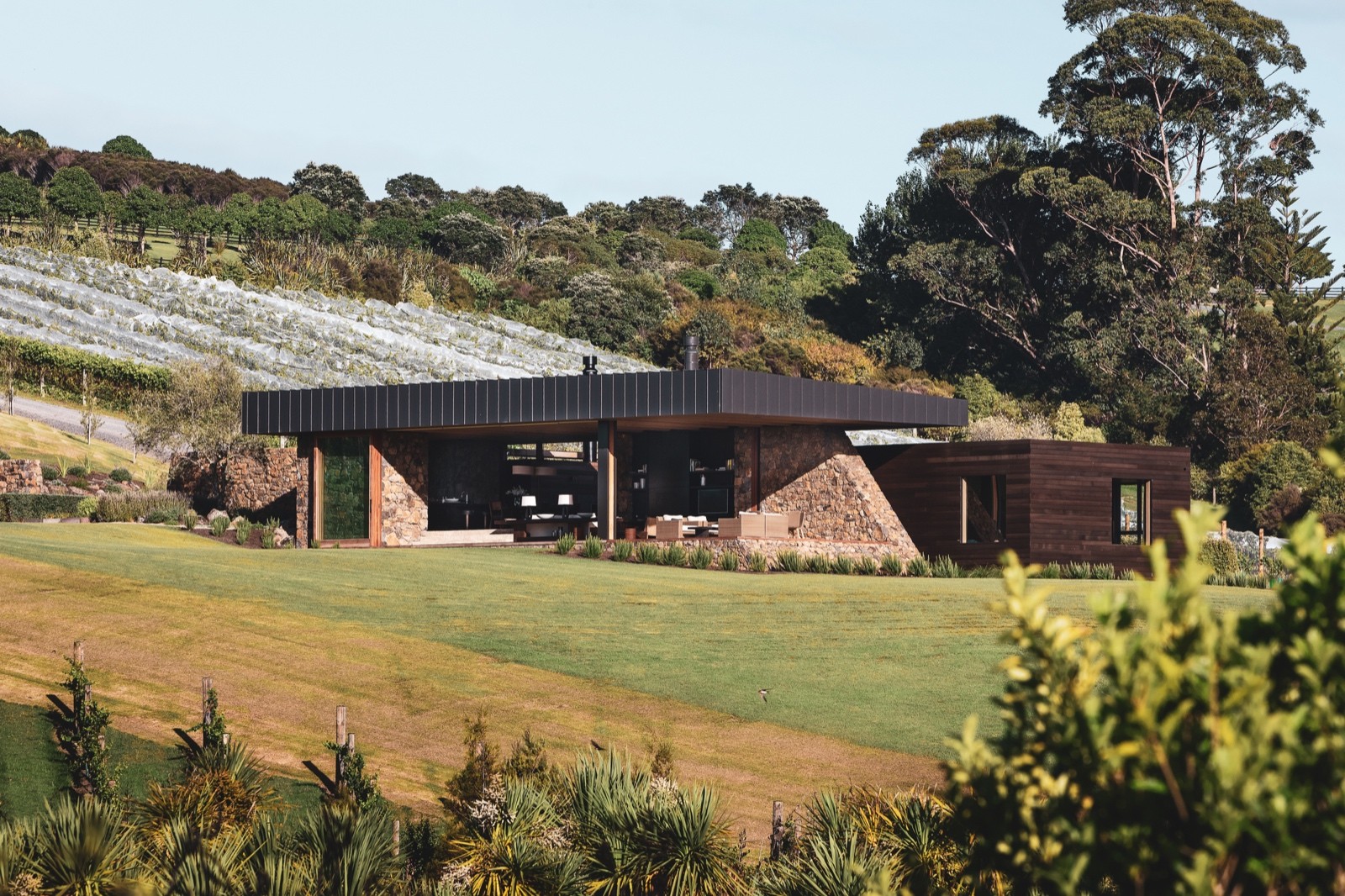 From the moment you pay one visit to the Vineyard Residence, there is a big chance that you will not want to go home again.This beautiful piece of estate will quickly convince you with its magic and thoughtful choices.