When exclusive living and nature experience embrace each other

As kings on their throne ... that’s what you could call the future residents of residence Blanke Top in Cadzand. The picturesque village of Zeeuws-Vlaanderen, just across the Belgian border and overlooking Het Zwin and Knokke, will soon see another architectural gem on its highest dune. 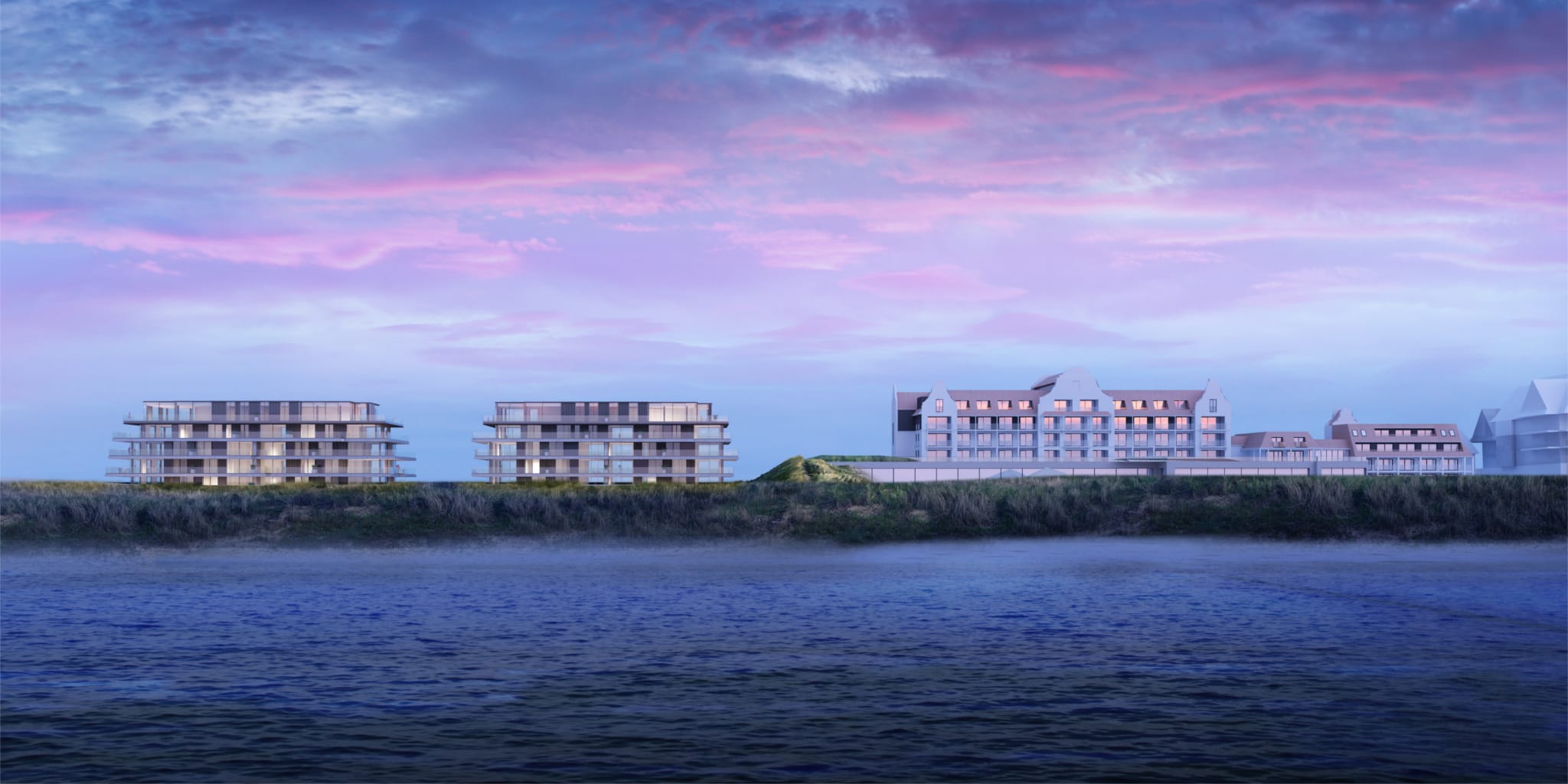 Cadzand has been promoting a bathing culture for a century and a half: As early as the 19th century, wealthy families spent their holidays in the spa town. The salty seawater and the iodine-rich air were already known at that time for their beneficial effects.  And what's more, gastronomy also thrives there. And that is a serious understatement. The area contains the largest number of Michelin stars per square kilometre in the world! You’d cross the border for less.

"The prominent horizontal lines wink at the flat coastline." 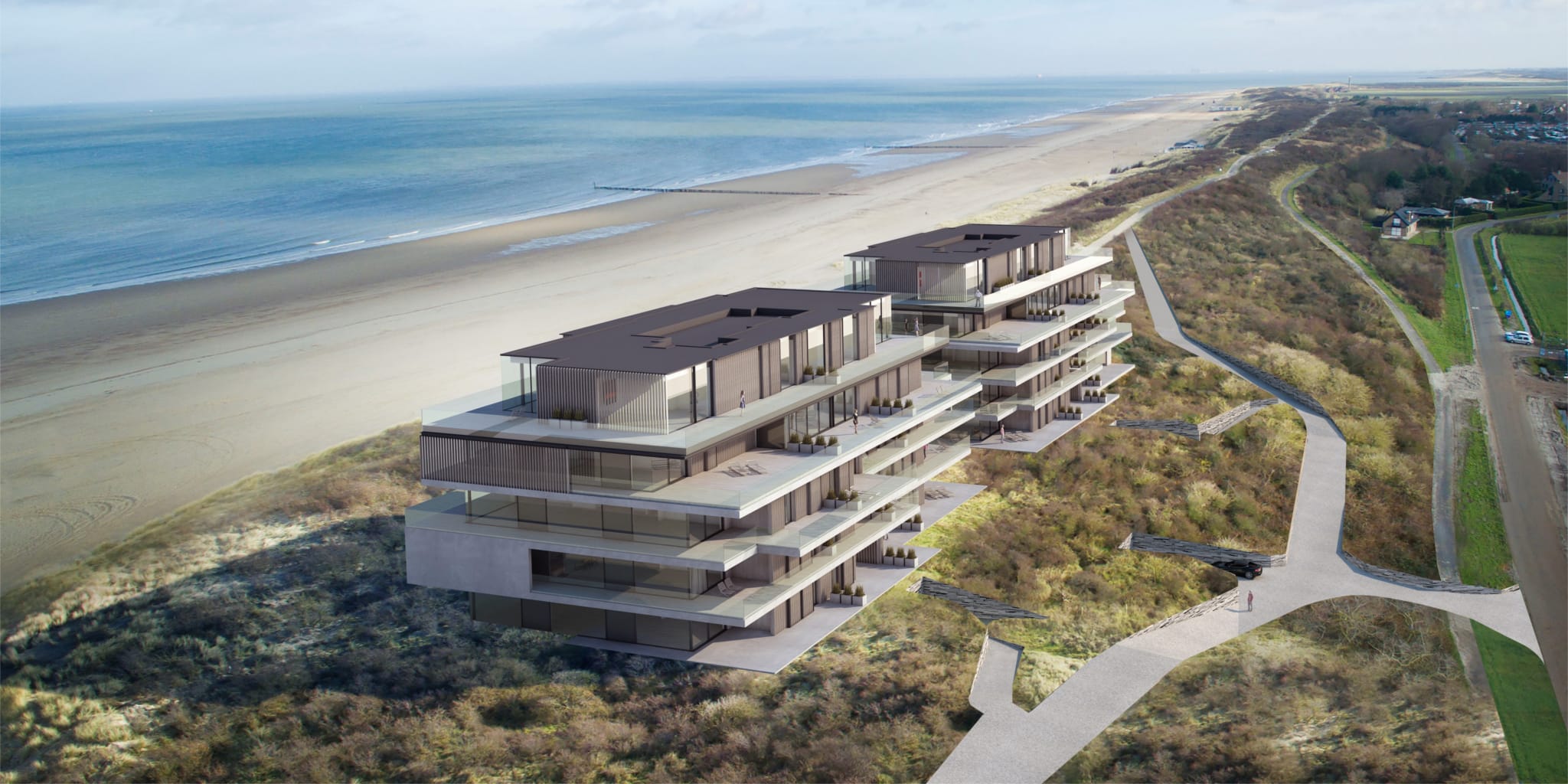 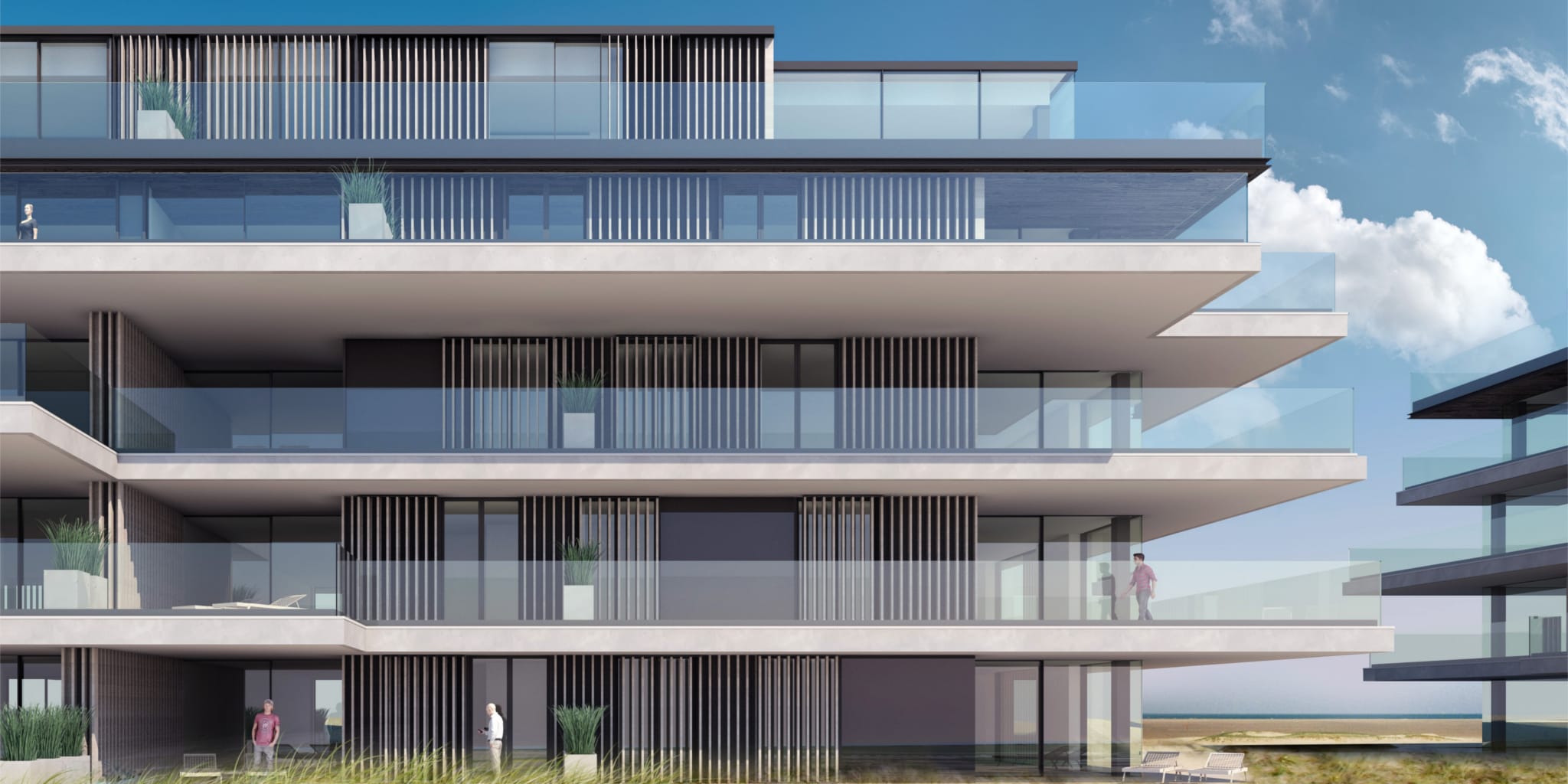 And those thinking of doing just so, will soon be able to visit one of the most exclusive and prestigious real estate projects in the Benelux, 'powered by' the Belgian Versluys Bouwgroep. Anyone who plants a structure like this should approach architecture with ample consideration. To this end, they hired Govaert & Vanhoutte Architects for the design of 'Blanke Top'. They drew up a settlement that was as subtle as it was eye-catching. The prominent horizontal lines wink at the flat coastline; the concrete, glass and woodwork rise seamlessly from the sand. The access road and entrance are discreetly underground so as not to damage the landscape line. 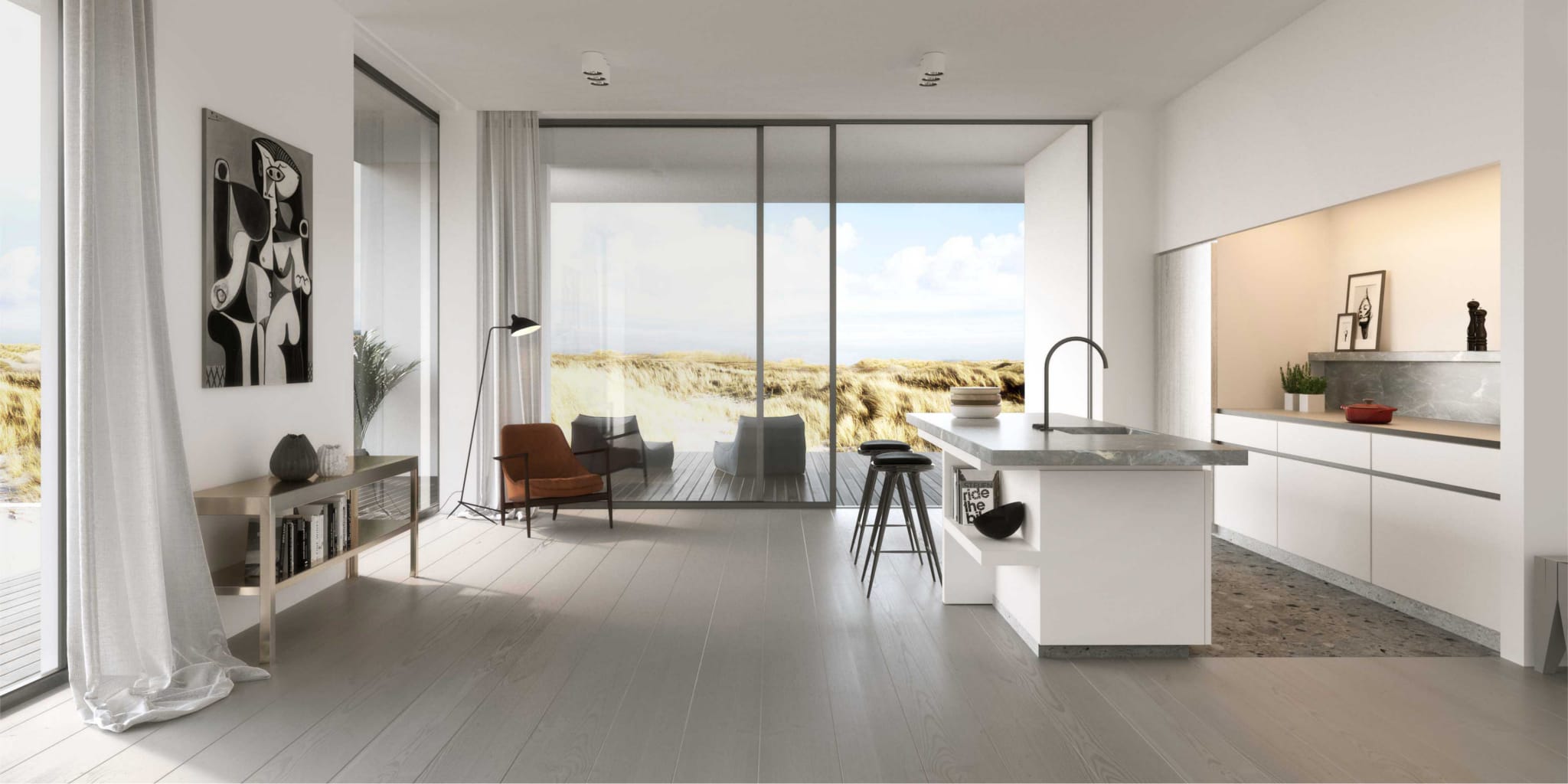 Exclusively for Versluys, Obumex worked out an interior with only high-quality materials and a very refined finish. A delight in these apartments, all of which are bathed in light and blessed with panoramic views. "James, a toast with some seaweed please." 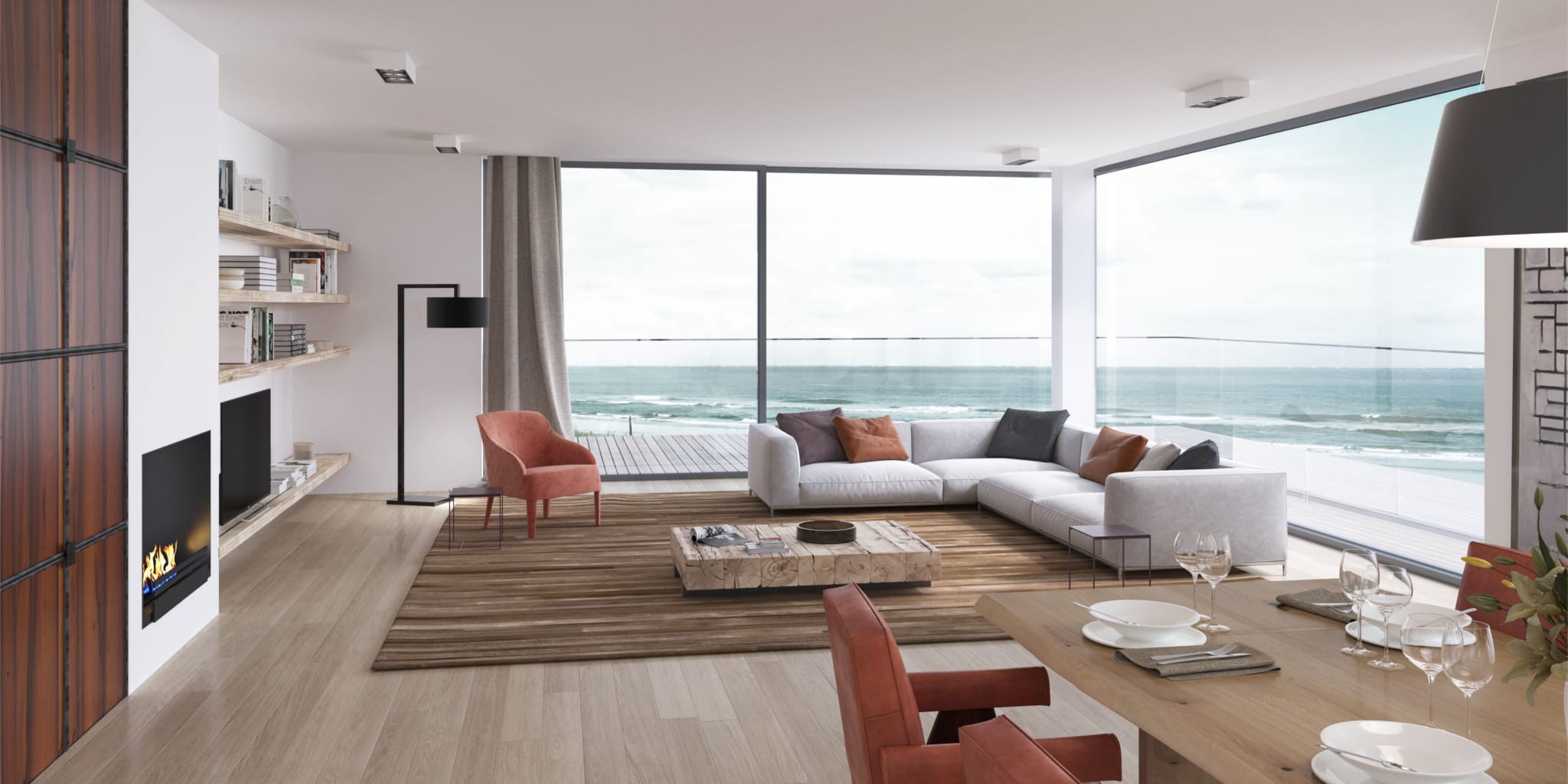 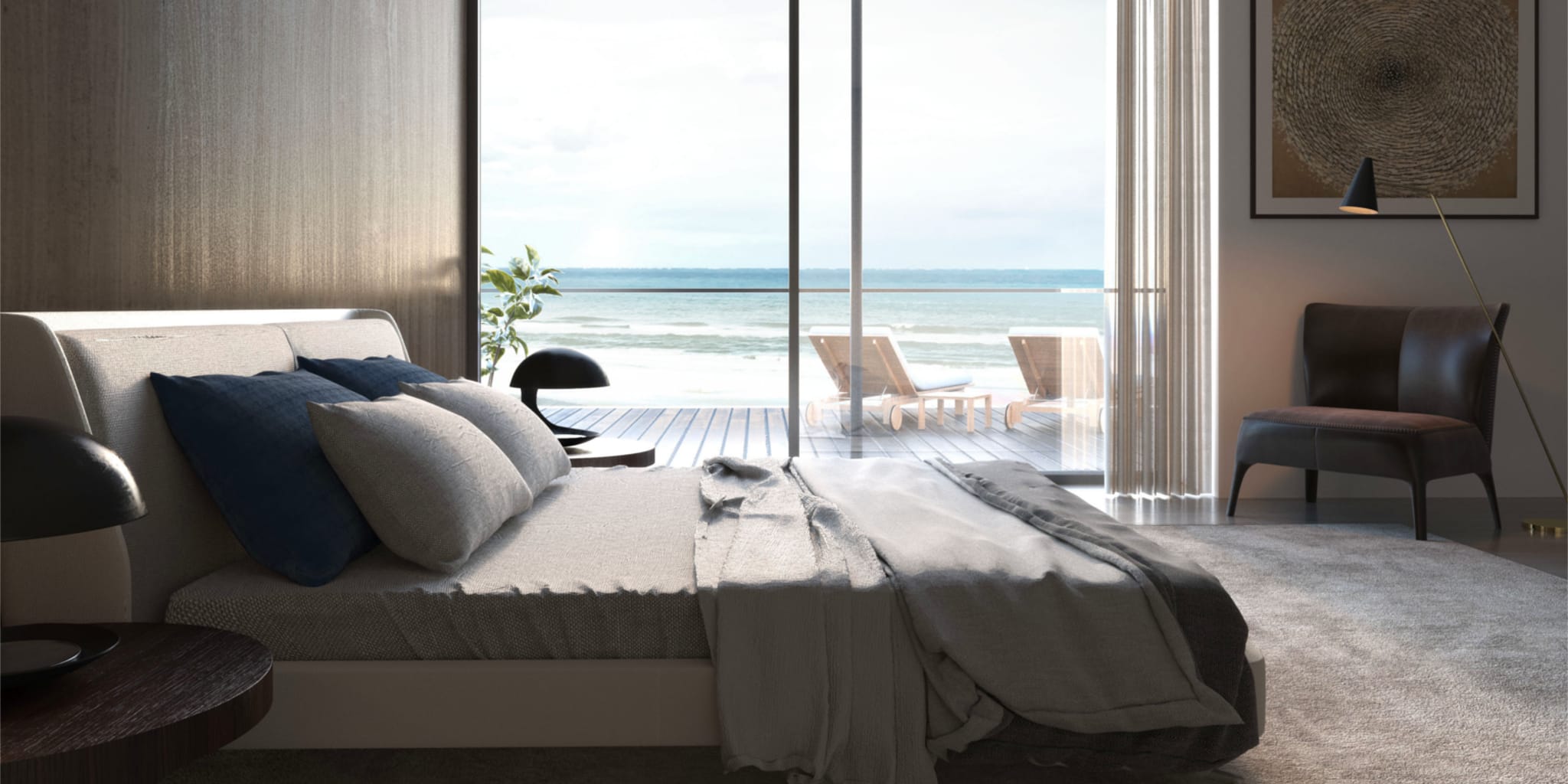 Read more about our partners.

Versluys Group has grown into the leading construction and project development company on the Belgian coast. The original construction company was founded in 1908 by Gustaaf Versluys, great-grandfather of current CEO Bart Versluys. A solid reputation, a highly professional approach and strong innovation make the company look ahead to the future with a healthier outlook than ever before.

Refined art of living, discrete luxury and an eye for beauty and quality of the highest level. That is what Obumex is known for. Their kitchen and complete furnishings exude passion and craftsmanship. They perfectly match your vision of life! Innovative techniques and finishes, careful selections of noble materials, harmonious combinations of rich fabrics and unique furniture collections ensure a unique approach. A total approach tailored to your needs.

The ingenious and subtle automation systems of Duotecno