We probably don't need to explain that Imagicasa is a big fan of the work of Dieter Vander Velpen. Instead, we would rather show you by highlighting a recent realisation by the architect and by doing so, immersing our readers once again in the world of this top Belgian designer. 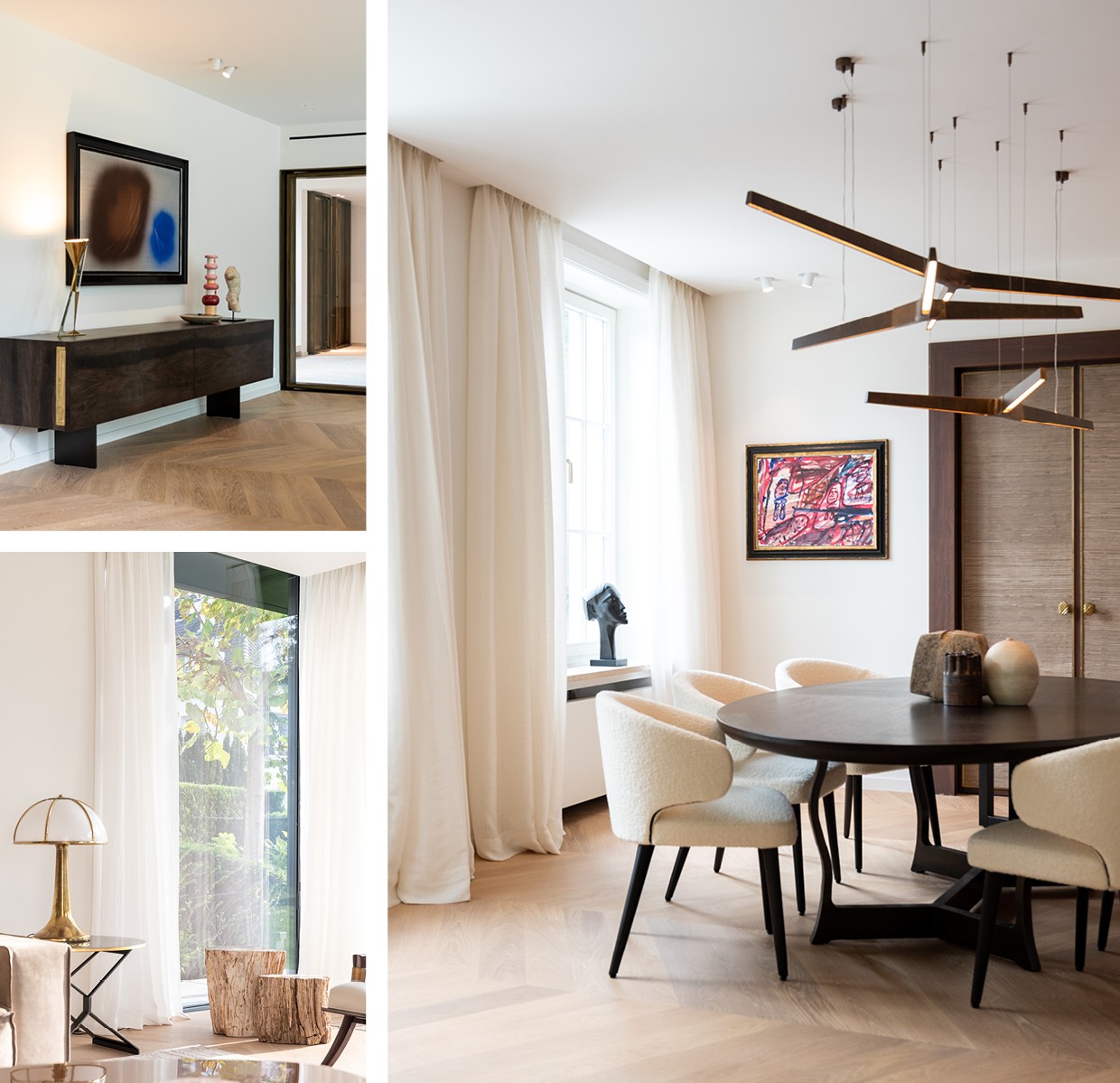 M House was built in the 1940s in Wilrijk, in a green neighbourhood with several stately villas. According to Dieter Vander Velpen, it is a "classic French-style house" that was somewhat outdated and, despite earlier smaller renovations, now really needed an update. The architect had already worked for the owner's company, who is also someone who loves art, beautiful materials, art deco and beauty in general. His home environment was treated with great respect for the spirit of the times in which it was built and with attention to the craftsmanship of the past and present. Due to renovations, the authentic character inside had been somewhat lost, so Dieter Vander Velpen Architects chose to add new elements and details that are clearly inspired by the original, more classic style. 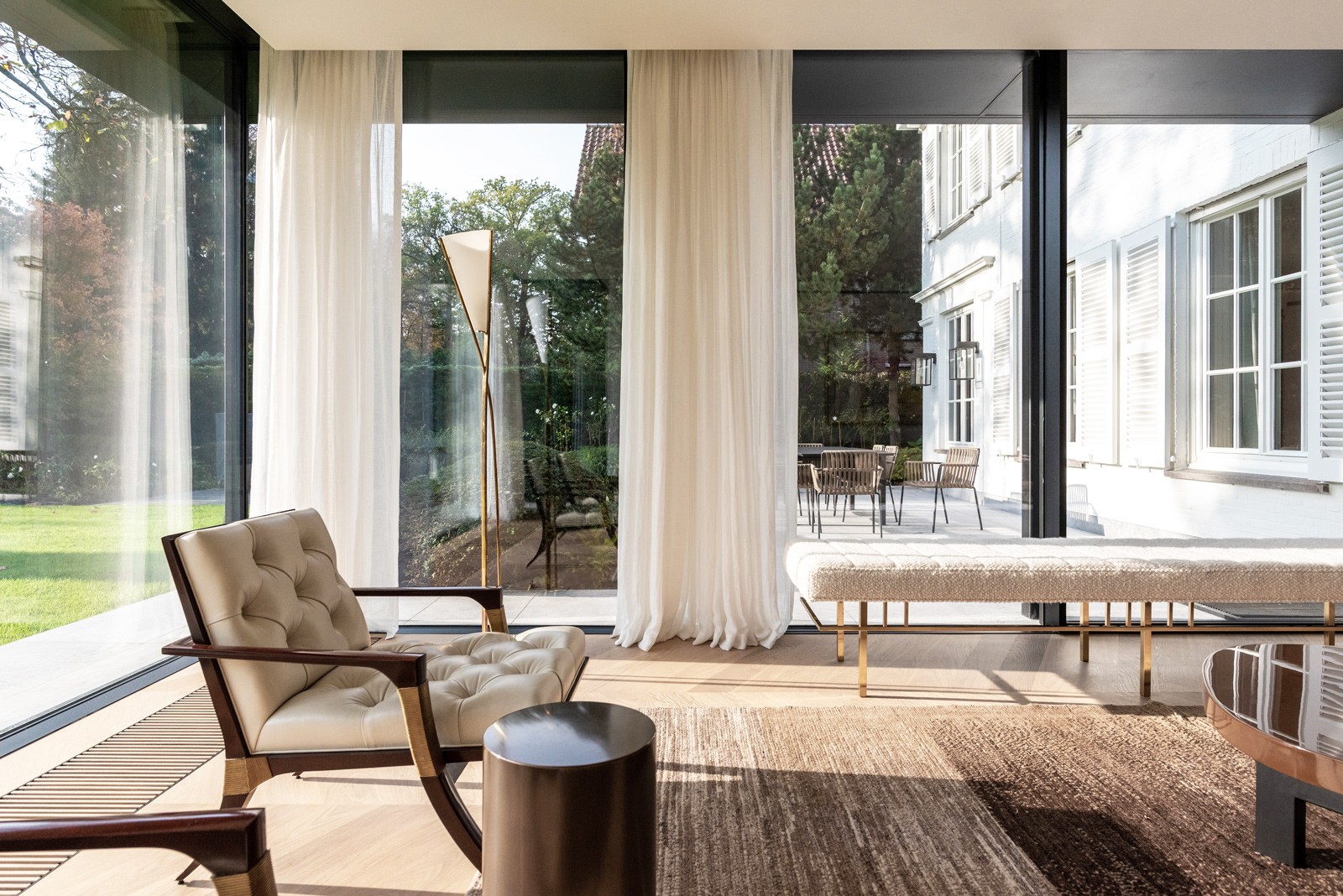 Such references to the traditional style can be seen in the use of warm wood such as walnut veneer, for example, and natural stone such as Nero Marquina, a unique black marble. Travertine was also used, which covers the entire entrance hall and staircase, among other things. Many details were worked out in bronze as a reference to the bygone heydays of Art Deco. The history of the building was thus carefully considered, with the result that the interior and architecture are once again beautifully attuned to each other. The exterior was kept intact as much as possible and was mainly restored to its former glory by repainting, restoring, and varnishing the windows white. The veranda was replaced by a new 'garden room' with a large glass section.

Interior and architecture are once again beautifully attuned to each other. 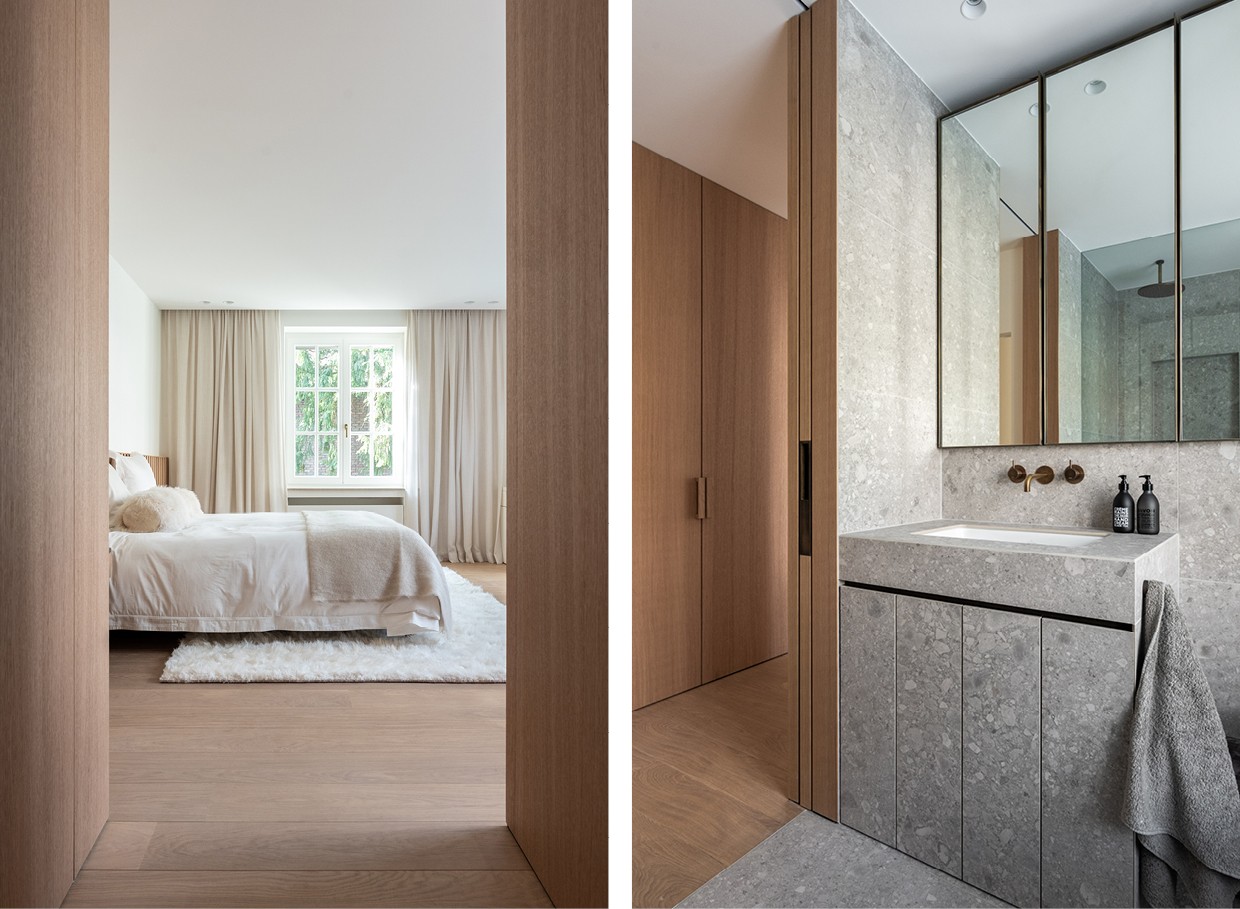 Dieter Vander Velpen also took the spirit of the times into account by creating different atmospheres. "The living room is very airy and the bedrooms, too, show a soft atmosphere through light colours, light-coloured wood and linen. These rooms contrast, for example, with the home cinema, which is darker," he explains. Besides, he describes the result as a very dressed-up home. "Some homes are luxurious, but very open, light and minimalistic. Here there are a lot of personal objects, which make it a home where there is something to experience." The owner's large art collection and certain pieces of furniture certainly play a role in creating that atmosphere. The architect also points out the oak parquet floor laid in Hungarian point (or Chevron) and the white walls that form a neutral canvas for many colourful works of art and sculptures. Therefore, it was essential to ensure that certain works were given their rightful place. 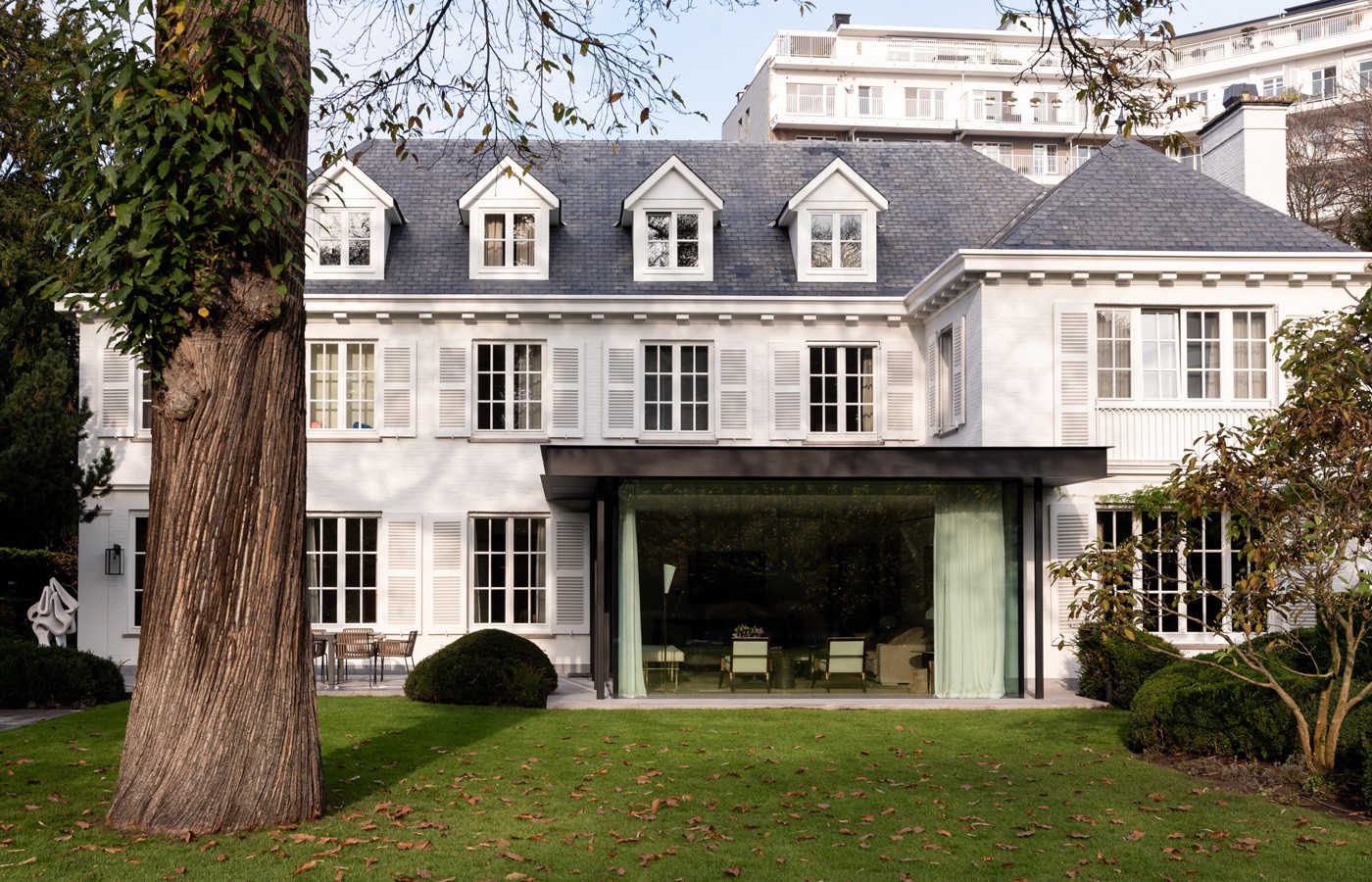 Vander Velpen gets a lot of satisfaction out of creating something unique that the customer is happy with and really enjoys living in. "That is the beauty of custom work, that the personality of the customer is also in it and not just our hand. It was a pleasure to work here for people who really love beautiful things and enjoy the details we put into them."

If you want to learn more about M House, be sure to read our full article in Imagicasa Summer 2021.

Dieter Vander Velpen. Make sure you remember that name, because although he hasn't been active as an architect under his own name for very long, he has already made a name for himself in New York, Tel Aviv, Geneva, and yes, in Belgium as well. With his 'Couture architecture', he designs residences on a global scale and with power!

The clear approach of Sergi Comellas