100 years after the establishment of the Military Hospital in Antwerp, the Augustinian monastery was transformed into Hotel August. It’s the unique project of hotelier Mouche Van Hoof, who already runs Hotel Julien, also in Antwerp. In collaboration with architect Vincent Van Duysen it has become a welcoming place of rest.

For twenty years, the Augustinian monastery has been in a state of disrepair. In the twentieth century it had served as a sleeping place for the caretakers of the wounded soldiers. Fortunately, there was Mouche Van Hoof who saw the potential of the building. She knew immediately that she wanted the building and who she wanted to work with. 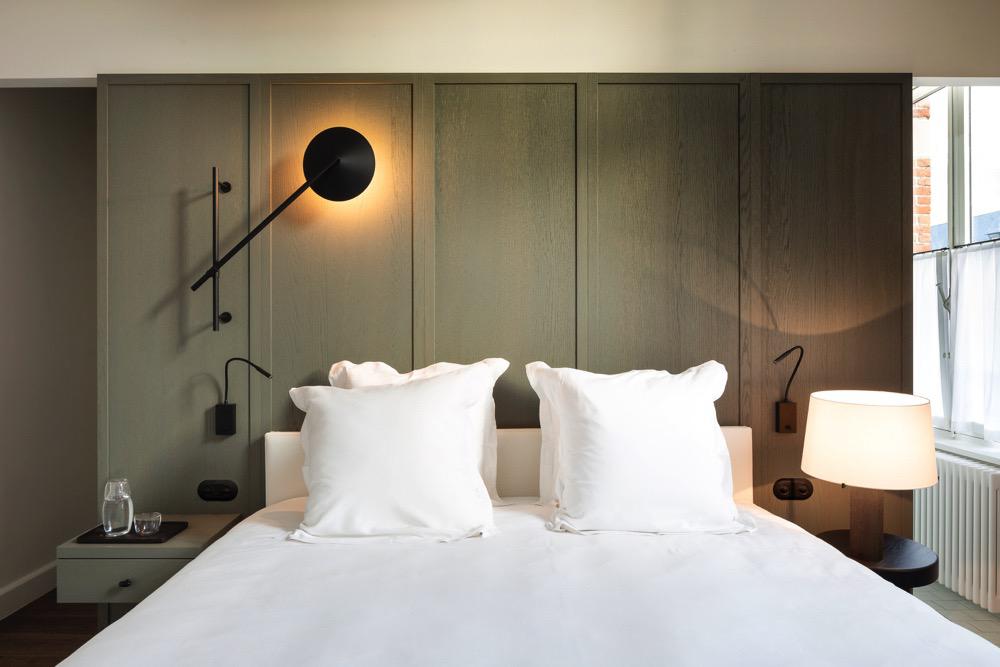 It's remarkable that almost all the main characters who participated in the hotel are from Antwerp. World-famous designer Vincent Van Duysen was responsible for the architecture. For the private gardens, Mouche chose the Wirtz brothers from International Landscape Architects and all employees get a custom-made outfit from designer Christian Wijnants. The kitchen is provided by Nick Bril, co-founder of award-winning restaurant The Jane.

Old elements were retained and contemporary elements, such as the glass roof of the restaurant, were added.

In an old building, you can't just change what you want. That's why Van Duysen hired heritage architect Wouter Callebaut from Callebaut Architects. Together they were able to preserve the neo-classical style of the building. Old elements were retained and contemporary elements, such as the roof at the entrance and the glass roof of the restaurant, were added. The end result was a fusion of Flemish architectural styles with a subdued modernism. 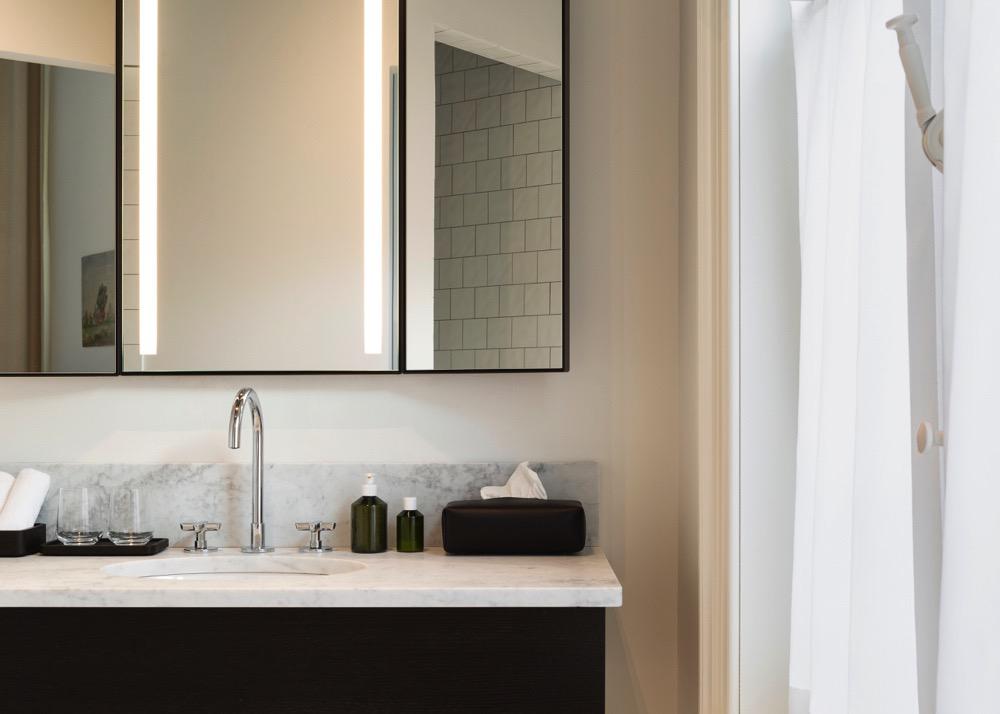 Van Duysen kept the interior sober and timeless as a tribute to monastic life. He designed the architecture in such a way that the authentic and new elements merge almost perfectly into one another. It is striking how the hotel, which has now been opened up, with an abundance of light coming in through the enormous windows, contrasts with the former closed character of the monastery. The chapel houses the bar and restaurant of Hotel August. The white marble, the restored moulures and doors and the hand-painted tiles attract your attention from the very first moment. The black elements in the interior refer to the present and bring a modern touch inside.

The white marble, the restored moulures and doors and the hand-painted tiles attract your attention from the very first moment.

MORE THAN A HOTEL

Hotel August has 44 rooms and suites in nine different styles, all with a hint of its rich history. The special feature of Hotel August is that everything is custom-made: hand-glazed bathroom tiles, archetypal lighting, specially designed furniture and hand-woven carpets.

Another piece of Antwerp history that will be rewritten! 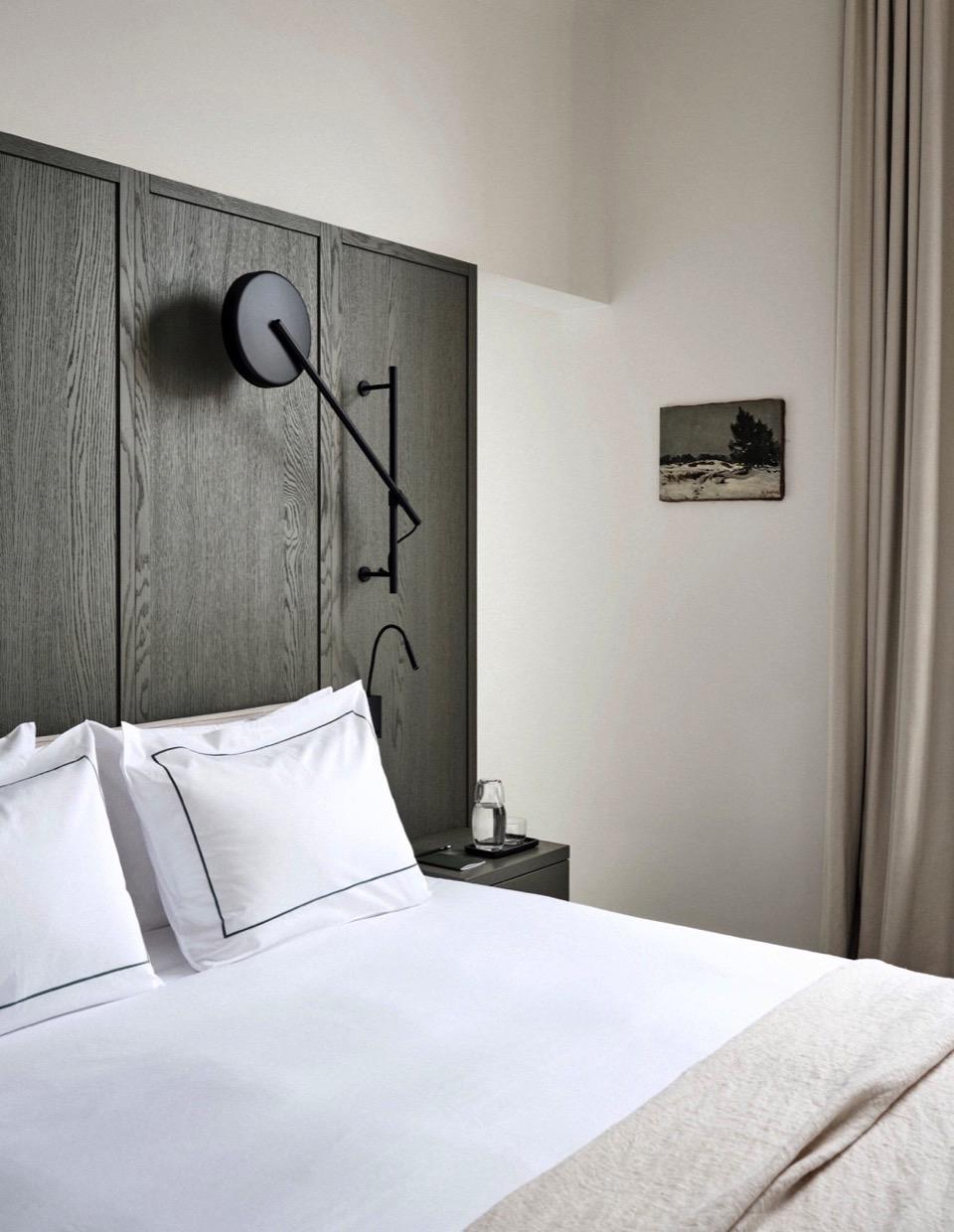 Vincent Van Duysen is certainly no stranger in our design world and he has also made a well-deserved name for himself abroad. With his beautiful, serene projects, he always shows his unparalleled talent and great passion for his profession.