A few years ago, interior designer Thomas Pheasant was commissioned to design an apartment for a couple he had worked with before. This time they wanted a little pied-à-terre in New York to meet people and stay during business trips. 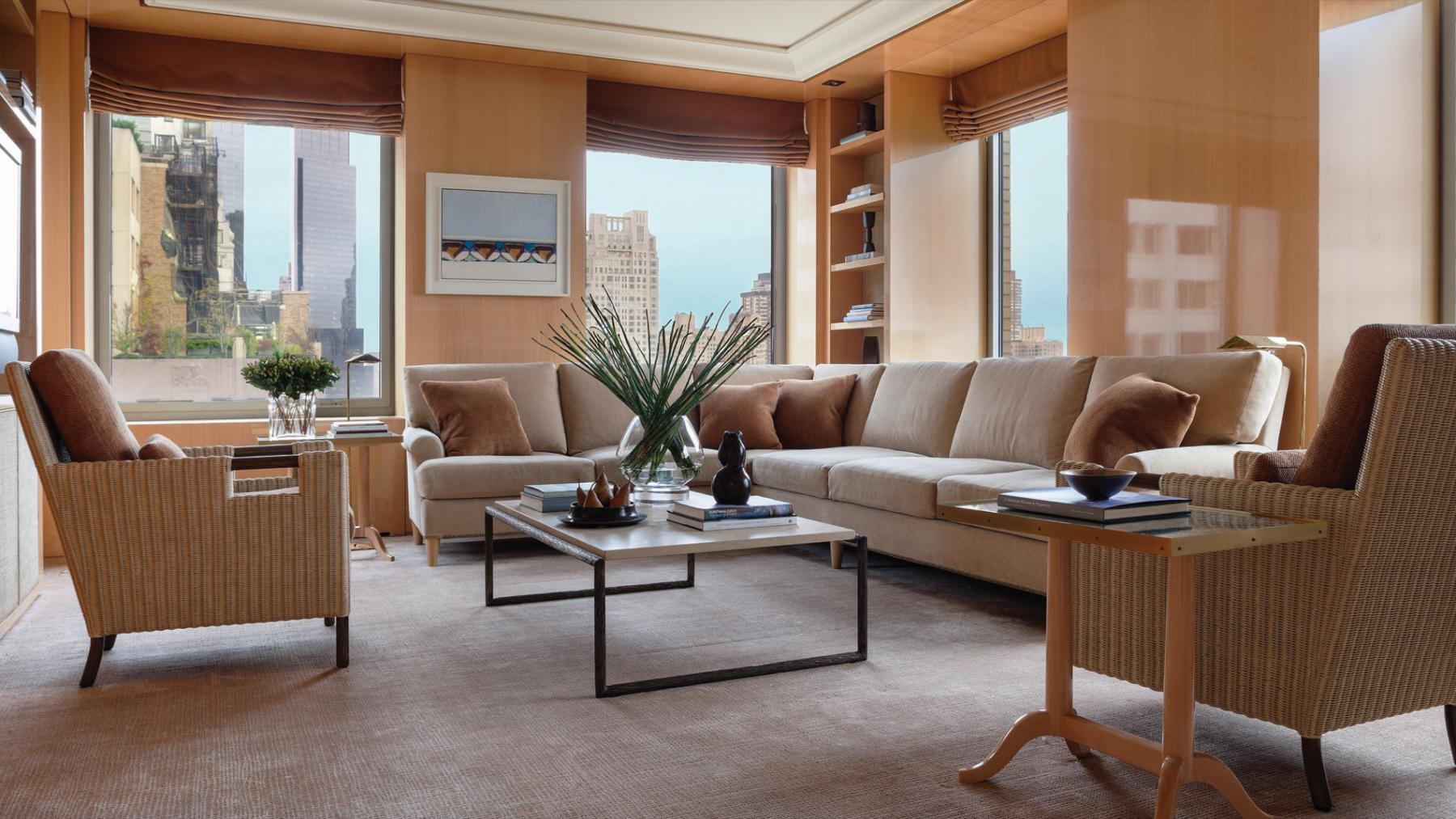 The apartment that Pheasant went to see with the couple was right next to Central Park and was just big enough. When the residents were told that there was another apartment available on the top floor, they immediately decided to take a look. The apartment took up the entire floor and the long wall with large windows gave you a breathtaking view of Central Park. Both apartments had potential but in the end the couple chose the largest one.

This apartment in New York has not only a modern interior and a breathtaking view, also the art collection fits perfectly into the picture.

The spectacular row of windows was the biggest eye-catcher of the apartment and was therefore the greatest source of inspiration for the designer. However, there was one major flaw to the apartment: a large steel beam that divided the house into two over the entire length. Pheasant now had to come up with a design so that the beam could be integrated. Eventually he came up with the idea to make a chain of wooden boxes that would form the passage to every living space, even in the lift lobby the boxes were used. The obstacle in the house thus became an addition and even a recurring element. 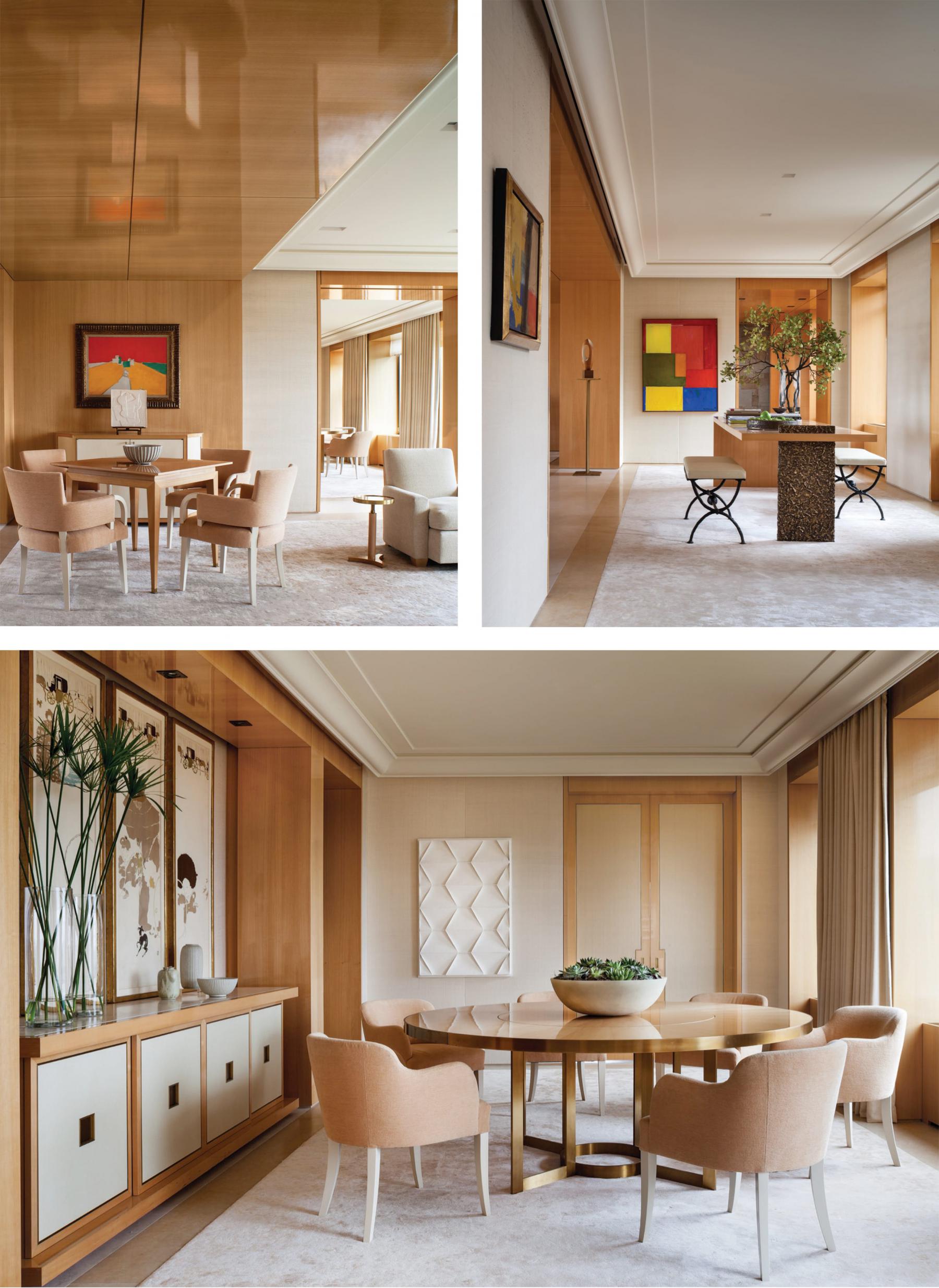 The obstacle in the house became an addition and even a recurring element.

From that moment Pheasant could once again focus on designing a serene but modern interior. Like any interior designer, he had to focus on the style and interests of the customer. But this was not an average couple, they wanted to use the apartment to exhibit their future collection of contemporary art. On the other hand, the residence in New York had to contrast with their lives in Washington. 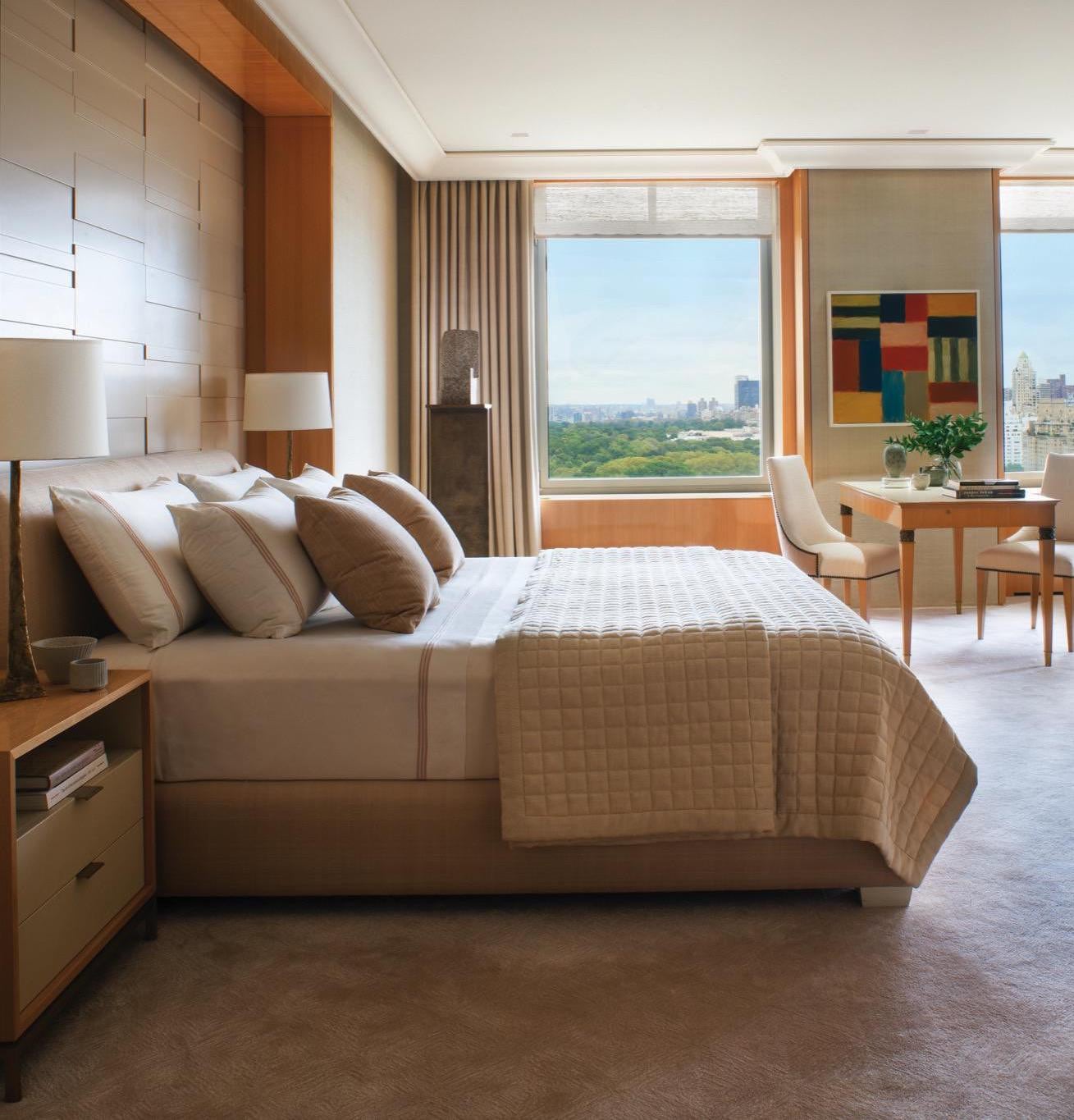 In most cases, works of art or other objects allow the designer to imagine what the space should look like. But the couple's art collection did not exist yet, so Pheasant had to draw inspiration from a purely theoretical source. In addition, the house had to look good both with and without art. Now, a few years later, the simple serenity and use of beautiful materials have achieved their goal. The dynamic works of Léger, Judd and Hoffman, among others, are shown to their full advantage in this modern residence in New York.
Quote: The obstacle in the house became an addition and even a recurring element.

Exhibition: The alternative universe of Daniel Arsham in Amsterdam