ARTEST is unique in its nature. Not only is the project Arkadiy Novikov's first restaurant in collaboration with chef Atrem Estafev, but it is also the stunning work of the Veter architectural firm. The design is more than worth a visit, especially if you enjoy a fine dining experience.

The restaurant is located in Moscow, Russia. Initially, the team behind Veter was pleasantly surprised by Novikov and Estafev's unique vision, which breaks with clichés and takes a different path from already developed restaurant designs. The basic idea that was communicated to them was that of an interaction between two co-existing worlds. On the one hand, the ground floor was to represent a dark world; on the other, the upper floor was to become a world of light. This meant that downstairs they worked around the idea of roots, soil and earth, together making up a rich whole. On the other hand, the atmosphere that would prevail upstairs had the following key words: radiant and airy. Moreover, these two worlds are connected by a striking staircase covered in copper. This imaginative universe forms the backdrop for culinary delights of Russian avant-garde cuisine, where the dishes are also served on handmade ceramics. 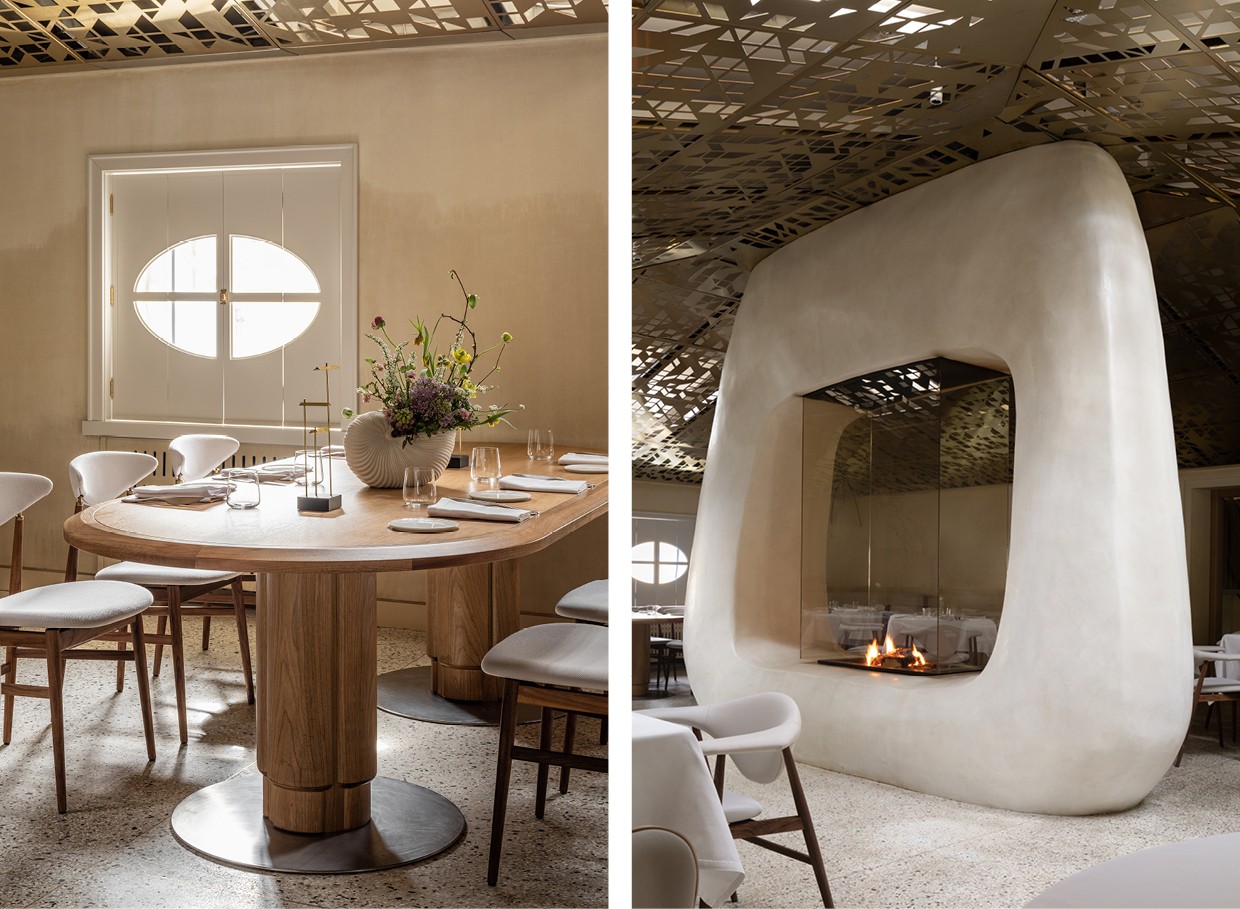 The design process was a pleasant challenge for Veter. The team decided to fully immerse themselves in the two worlds their clients had in mind in order to achieve the best result. An important starting point was the idea that the roots of the ground floor should grow evenly into the light of the upper floor. With this in mind, the chef's table with ten seats was designed. This table overlooks the kitchen and has stumps as its base, eight pieces to be precise. The wood was brought from the North Caucasus. The walls of the room are also reminiscent of an earthly structure, and the shutters seem to have grown like mushrooms by themselves. Veter chose copper as the colour for the kitchen islands: a reference to the metal buried in the depths of the earth. In the entrance hall you can find a sculptural bench that acts as a totem between the two worlds and combines the dark colours from downstairs with the light shapes from upstairs.

This imaginative universe forms the backdrop for culinary delights of Russian avant-garde cuisine. 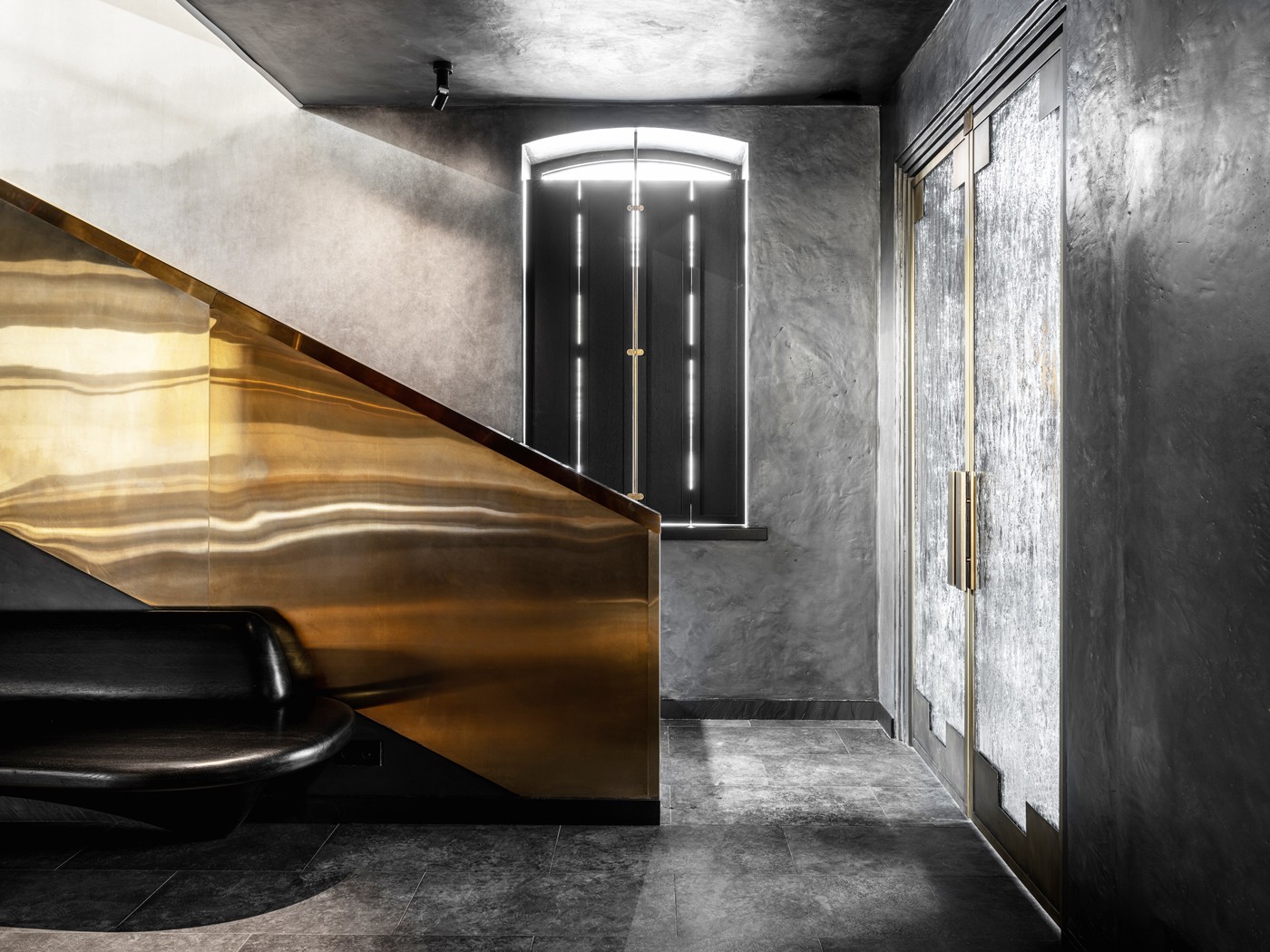 As for the light world in ARTEST, the giant fireplace is the central object. This was, by the way, the idea of Novikov and Estafev themselves. Because of this, a lightness and play of spaces was constructed on the upper floor. In this room, the idea of a dance was handled creatively. The entire floor was therefore built around the fireplace in the middle. Veter found it crucial to thicken into a solid whole that is experienced as pliable and light. Regarding the rest of the interior, the aim was to create a warm and agile atmosphere. This resulted in walls in soft colours and furniture in mild and rounded shapes. In addition, the furniture, with the exception of the chairs, was made to measure. A lot of attention was also paid to the lighting, as it symbolises the transparency and softness of this part of the restaurant. The finishing touch in this case is the subtle works of Alexander Guyvoron, an artist who takes black and white photographs on Sakhalin Island.

Both discerning connoisseurs and lovers of architectural surprises will benefit greatly from dining at ARTEST. At Imagicasa we will remember the original concept, which was magnificently realised by Veter and inspires us to the full. The two worlds may be two extremes in terms of incidence of light and colour, but in both cases the degrees of finish and quality are equally high. On top of that, being pampered with top dishes from the Russian cuisine makes ARTEST a name to remember for a long time to come. 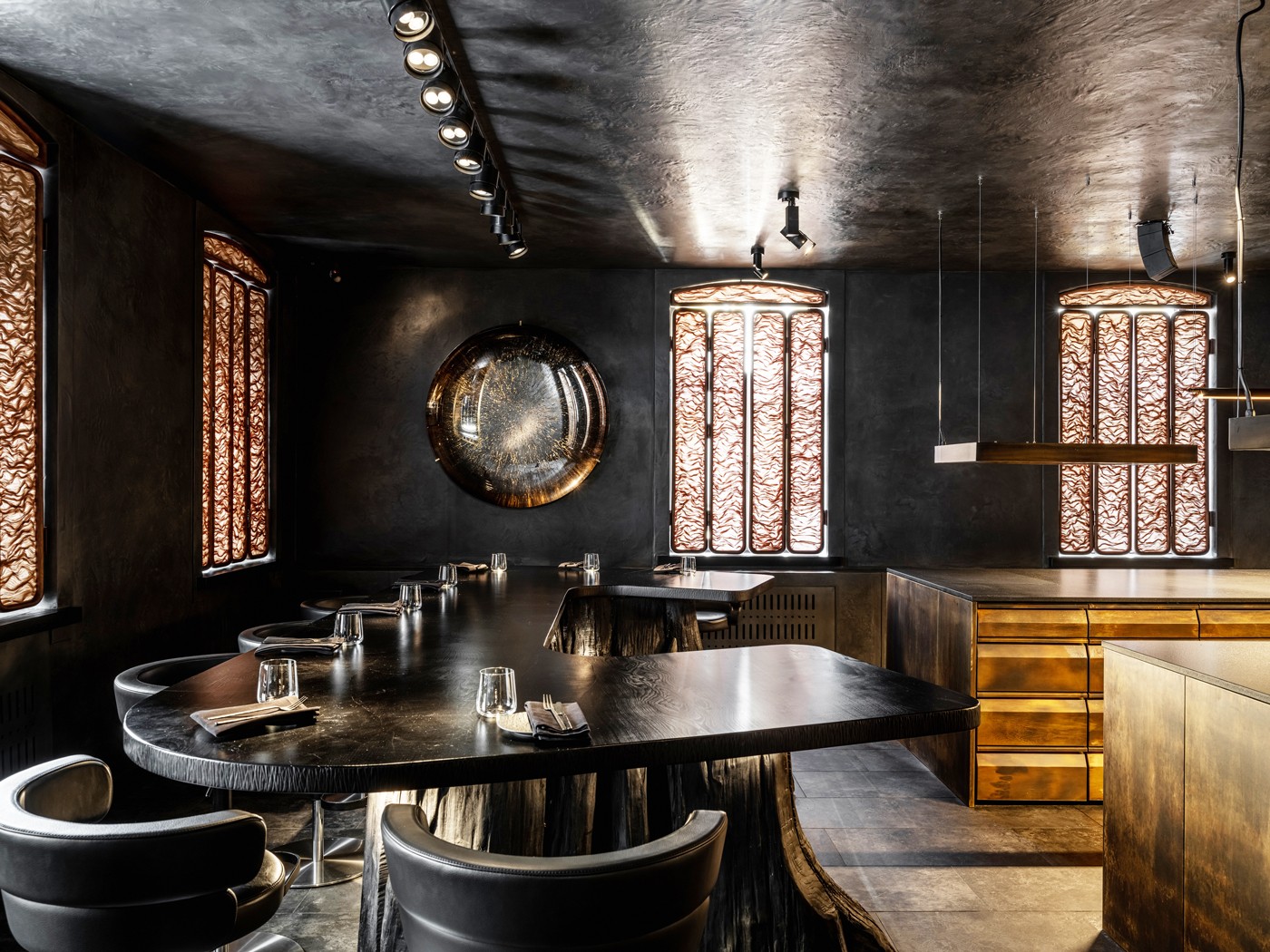