It is with great pride that we introduce our readers to up-and-coming Belgian talent: Jeroen De Ruddere. He designs and produces functional light objects that each tell a special story and are hugely inspiring in terms of both functionality and aesthetics. What began as an impulsive idea six years ago has now resulted in a flourishing young company. De Ruddere combines simplicity and functionality with timeless, minimalist and to the point design. His unique designs are gradually conquering the whole country. So we couldn't stay behind and are happy to put his creations in the spotlight. 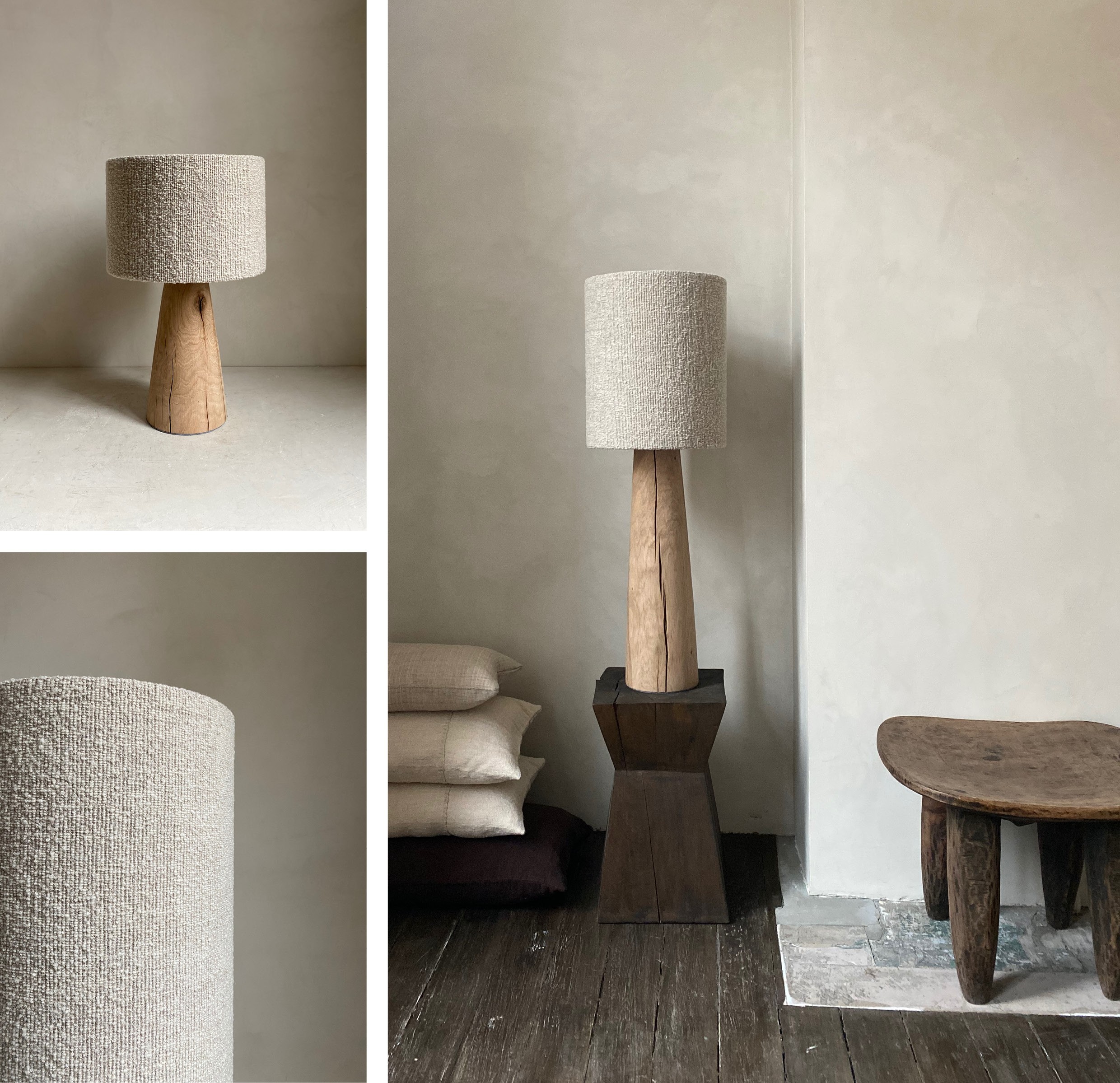 During De Ruddere's younger years, he already came into contact with wood. His grandfather ‘Peter Jef’ had a carpentry workshop with a large team behind him. The workshop is a place that the designer will never forget, it left an enormous impression on him. Many years later, Jeroen De Ruddere took the step of turning his own creativity into something concrete. At one point, he drove past a sawmill where beautiful wooden beams lay in the front yard. He stopped his car and bought his first piece of oak. Once at home, the designer started working on a piece of wood and connected a lamp to it. ‘My friends noticed the piece in the living room and were immediately sold,’ he says. From then on, he decided to start with it professionally. Six years later, De Ruddere has his own studio next to his home.

Simple, timeless, minimalist, cuddly and yet brutal at the same time.

Jeroen De Ruddere is always looking for shapes, proportions and materials that cross his path. ‘When I see a beautiful building, I immediately think how I could incorporate those proportions in wood to make a lamp or a functional object for the living room,’ he tells us. He prefers wood because with this material you can see that it lives or has lived. What's more, for him is wood very rewarding since each piece is unique and you can colour and work it, and De Ruddere also loves the smells it gives off during the working process. ‘It is a gift from nature,’ says the designer. Wood also has a growth direction, which means that you cannot work it in every direction on the lathe. According to the designer, you must therefore respect this when sanding and colouring, which will obtain the very best result.

We also asked Jeroen De Ruddere about the course of his design process: ‘Everything starts with a hunch. Then I make quick notes on my phone because ideas can come flooding in at any time of the day and I need to be able to keep them somewhere. I usually look at these rough notes a week later with my critical eye and most of it is removed.’ As soon as he has a good idea, he starts sketching. He then shows them first of all to his wife Nathalie and his closest family. Then De Ruddere produces a prototype in wood, which enables him to assess the proportions in reality. Once these are right, he starts with the choice of materials and colour combinations. He will put different samples together and combine materials until an object is actually ready. According to De Ruddere, the details are of crucial importance; they create depth and depth creates authenticity. According to him, the common thread among his various objects can best be described as simple, timeless, minimalist, cuddly and at the same time brutal. 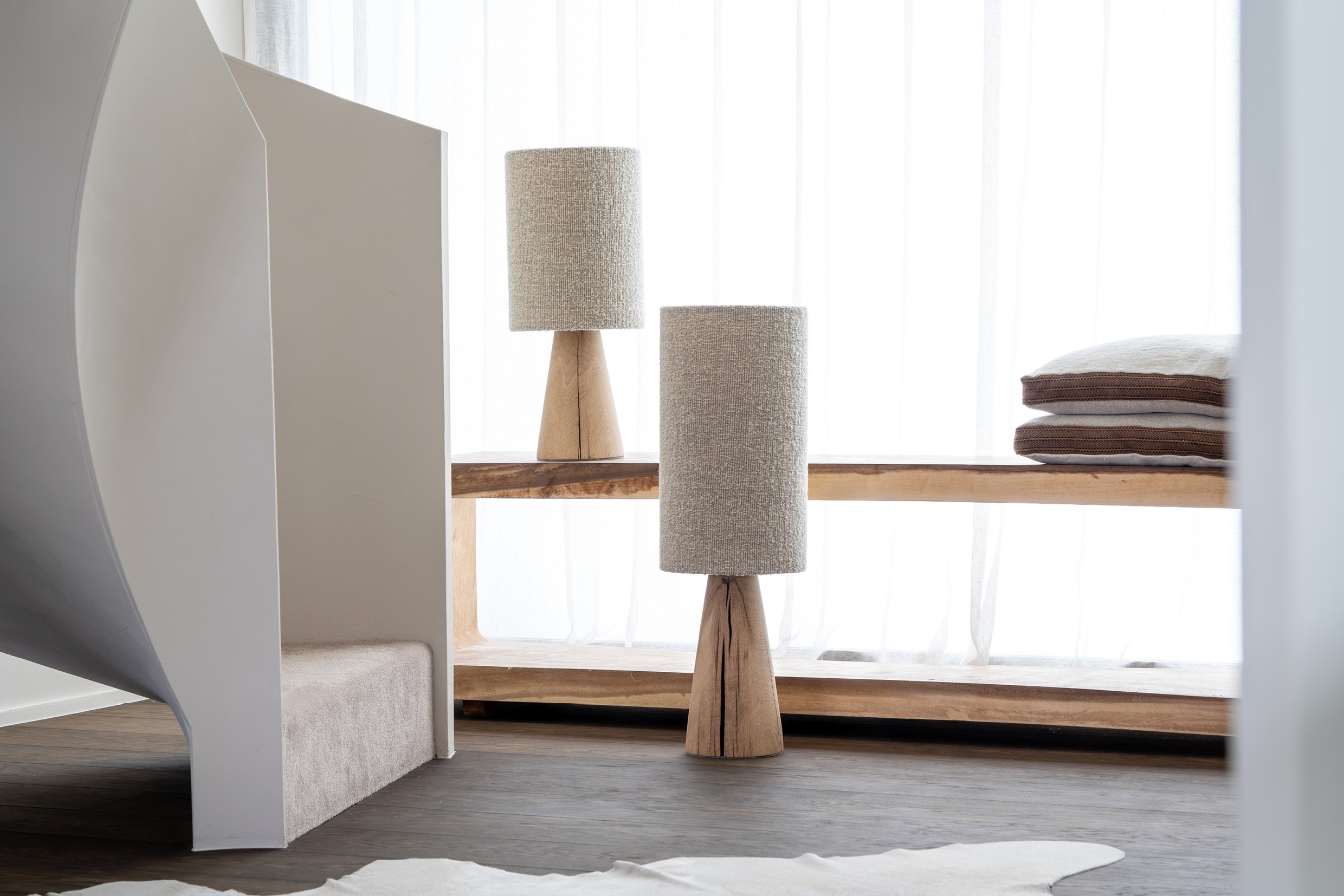 As a lover of unique design, Imagicasa is a big fan of how this Belgian talent reinvents (light) objects in a surprising way. After this inspiring conversation, we are very curious about Jeroen De Ruddere's future designs!