The Italian atmosphere of FENDI in a Chinese luxury apartment

Following landmark locations in other world cities such as One 57 in New York, One Hyde Park in London and One Shenzhen Bay, the Chinese capital Beijing now has a new architectural landmark of its own: One Sanlitun. The skyscraper is already a valuable addition to the city's skyline, and the apartments furnished by design agency CCD are a feast for the eyes.

Cheng Chung Design, founded by the renowned designer Joe Cheng who is also called ‘Mr Fashion’ due to his excellent sense of style, used for a series of luxury apartments in this skyscraper inspiration from international brands of the highest level: Armani, Aston Martin, Chanel, Hermès, Bottega Veneta and Fendi. Cheng is known for introducing Western artistic forms into Oriental concepts. The apartment we see here, for example, takes characteristic elements from the Italian luxury fashion brand Fendi bringing the classic style of Rome to Beijing. 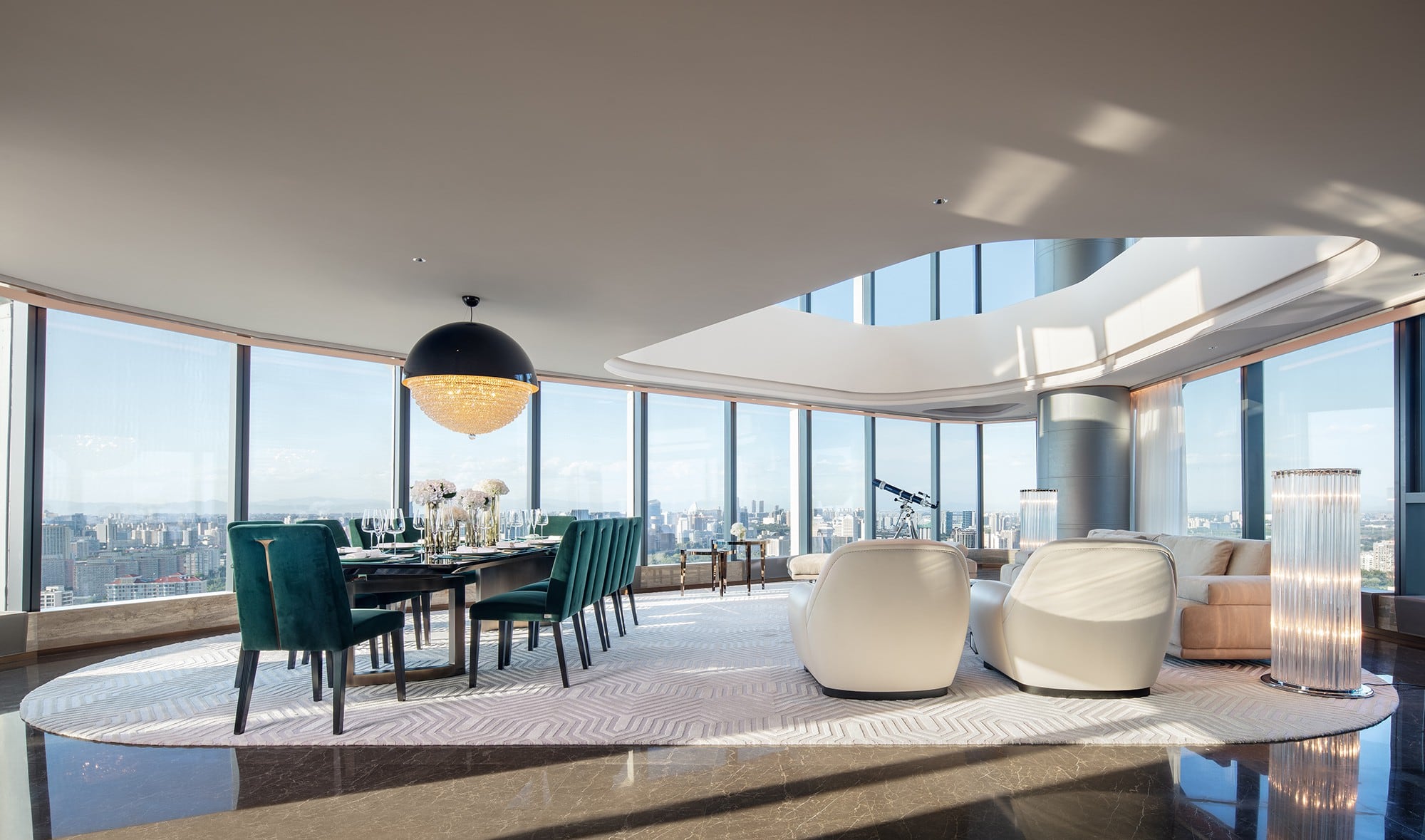 Fendi has a great connection with Rome and a rich history in supporting the cultural and architectural heritage of the city. For the apartment One Sanlitun - Fendi, CCD was inspired by the same philosophy where a balance is sought between the classical and the modern, the sophisticated and the playful. The design agency quotes the Roman Emperor Octavian: "I found Rome a city of bricks and left it a city of marble." Natural stone is abundant in this apartment in the floors, walls, fireplace, kitchen and the impressive staircase. The latter is a nod to the famous Spanish Steps in the Italian capital. 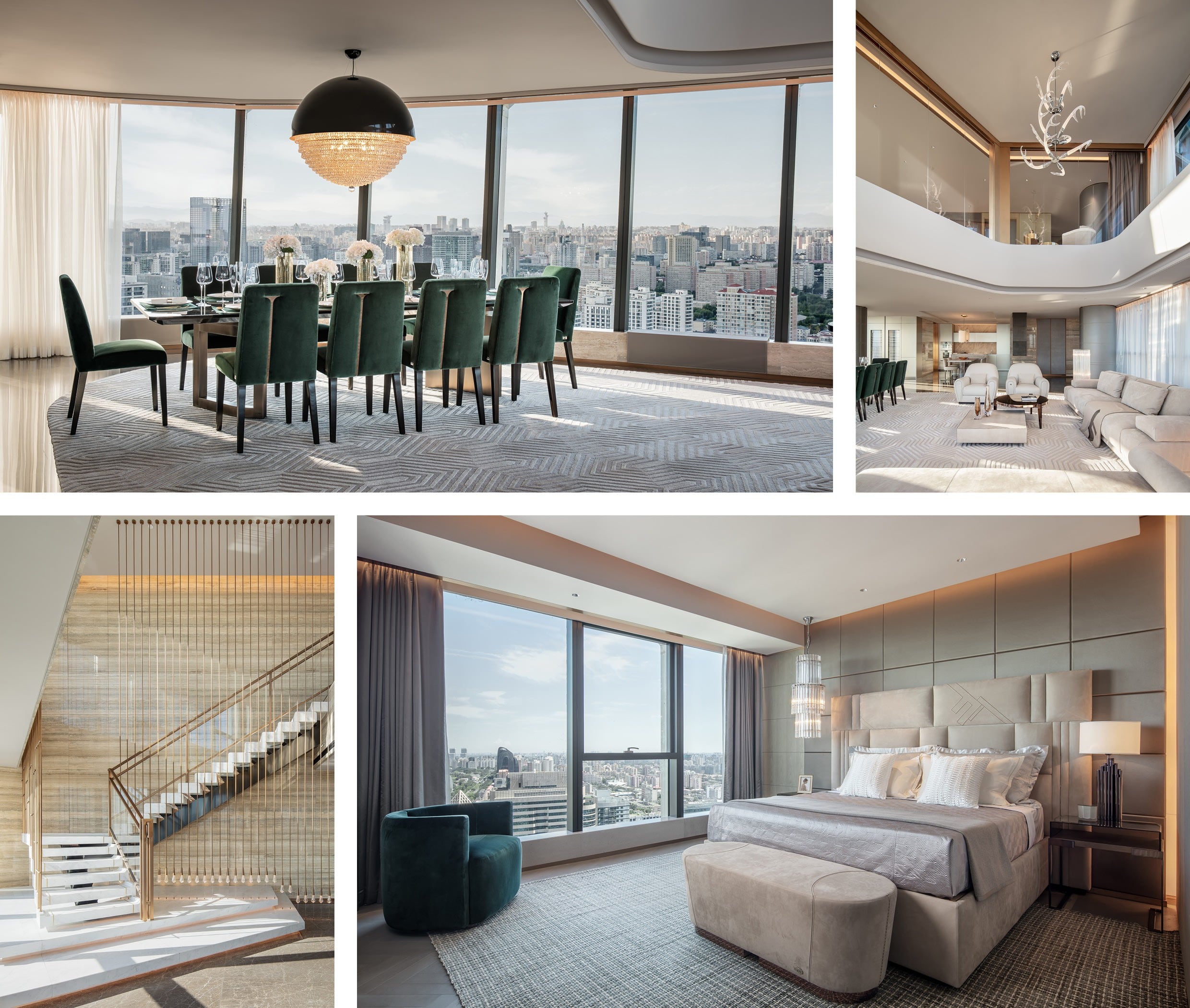 Rome is also known for its many fountains. CCD was inspired by this for the beautiful lighting. In the luxurious materials and textiles, the magnificent craftsmanship and the intimate but sumptuous and warm atmosphere we again recognise the values of Fendi.

The large windows give a unique view of the city and the abundant light gives you the feeling of living in a castle in the sky. 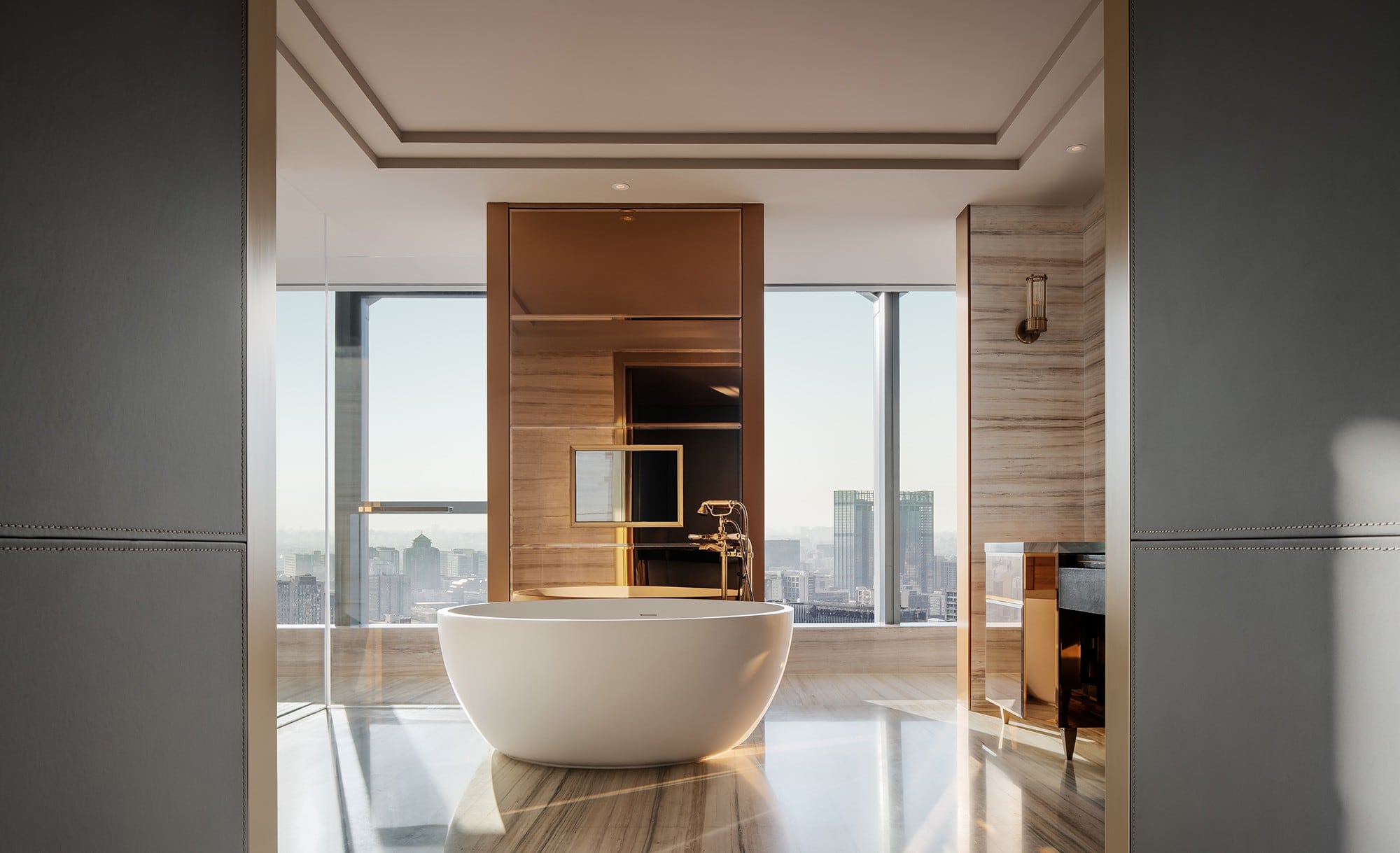 A mix of bold geometrics and British Modernism