THE Claridge’s Christmas tree of 2019

Each year, a well-known designer decorates the Christmas tree at the famous Clardige's Hotel in London. This year, Christian Louboutin transformed the tree and the entire lobby into an enchanted Christmas scene.

Claridge's is a renowned and luxurious hotel with an impeccable reputation all year round, but during the Christmas period the hotel always gets extra attention thanks to their special tradition. The Christmas period officially starts in London when the Claridge's Christmas tree is unveiled. The tree, which is always in the lobby by the stairs, must of course be in the same exclusive line as Claridge's, which is why it is designed by a special designer every year. In recent years, the tree has been decorated by Diane von Furstenberg, Karl Lagerfeld, Dolce & Gabanna and Dior, among others. But for the tenth edition now it was the turn of the iconic designer and regular guest and friend of the hotel Christian Louboutin. 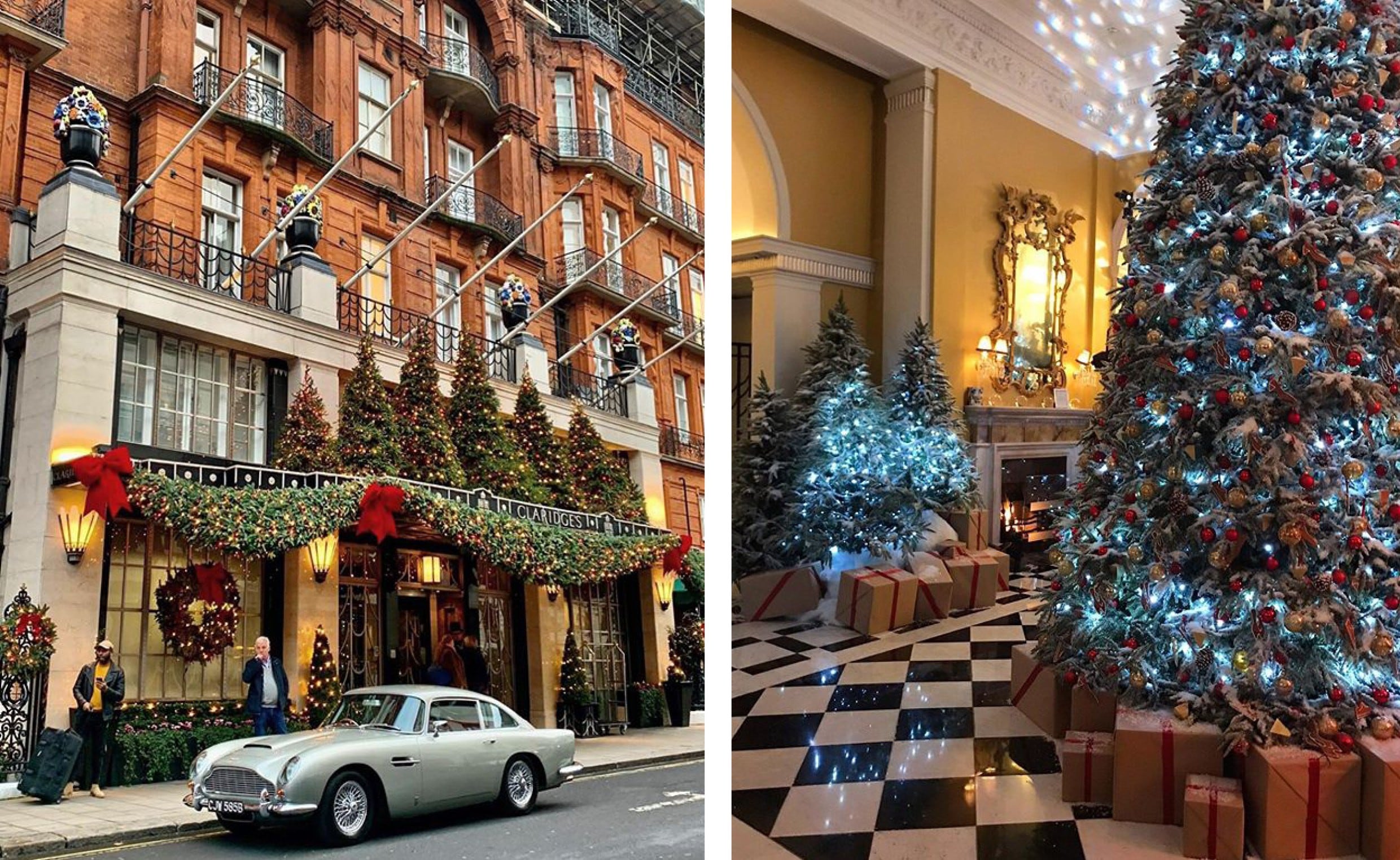 I wanted to bring a little bit of Paris to London, and for this year's design to capture the excitement of journeys 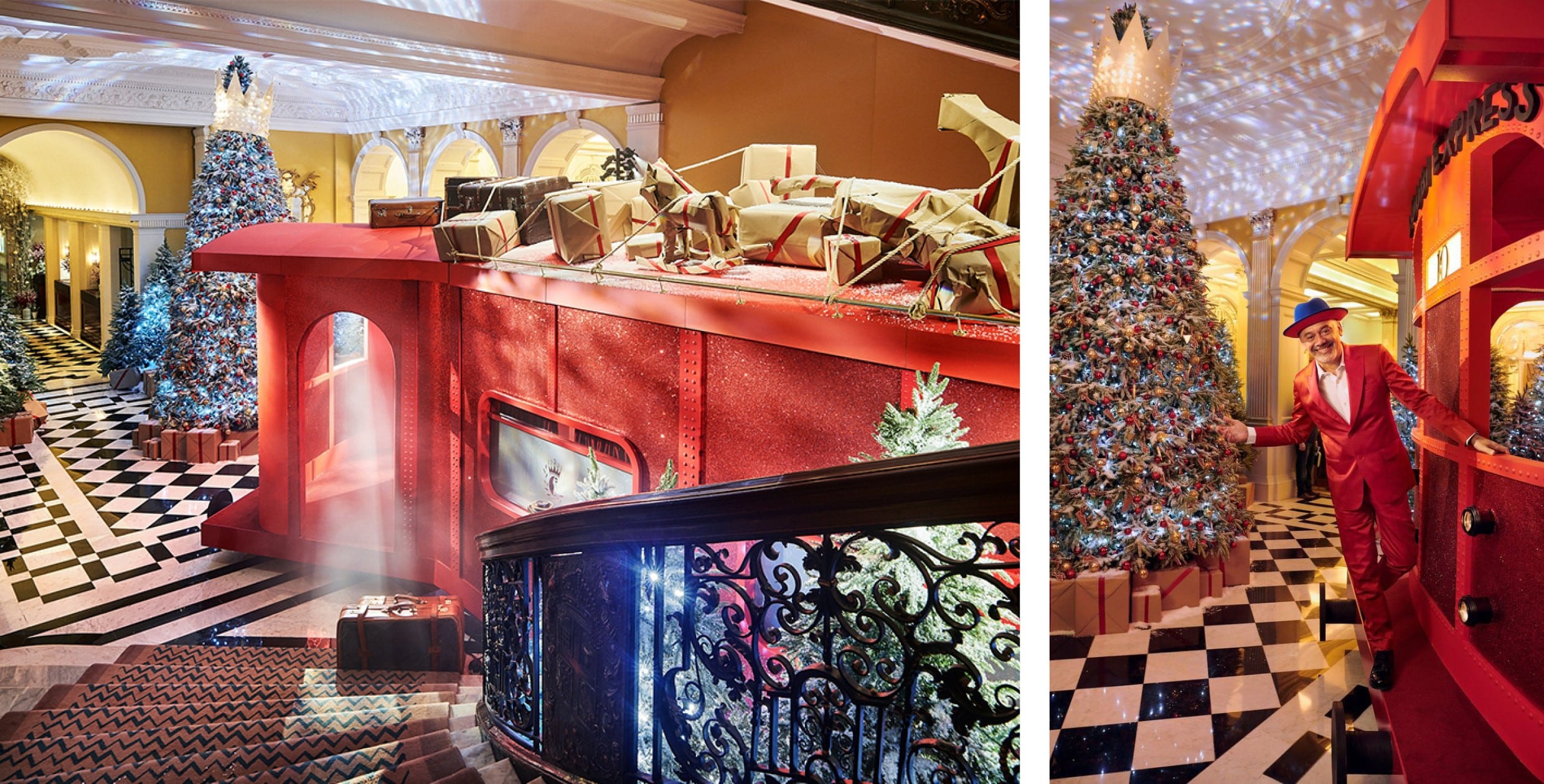 Since Louboutin is known for his iconic red sole, this colour was certainly not to be missed in his Christmas design. In the crowned tree we find red and gold balls. But Louboutin didn't stop at one Christmas tree. The whole hall was decorated and transformed into a magical Christmas scene with several trees and even a real 'Loubi Express'. Guests can board this red train which welcomes them in an intimate and cosy red velvet interior. You can enjoy a glass of bubbly or one of the cocktails specially created with Christian Louboutin. You can even dine in it. "I wanted to bring a little bit of Paris to London, and for this year's design to capture the excitement of journeys, whether to new destinations or homecomings," the designer said about his creation.

The whole frosted forest setting is a perfect representation of the romance, glamour and timeless traditions of Christmas and Claridge's. 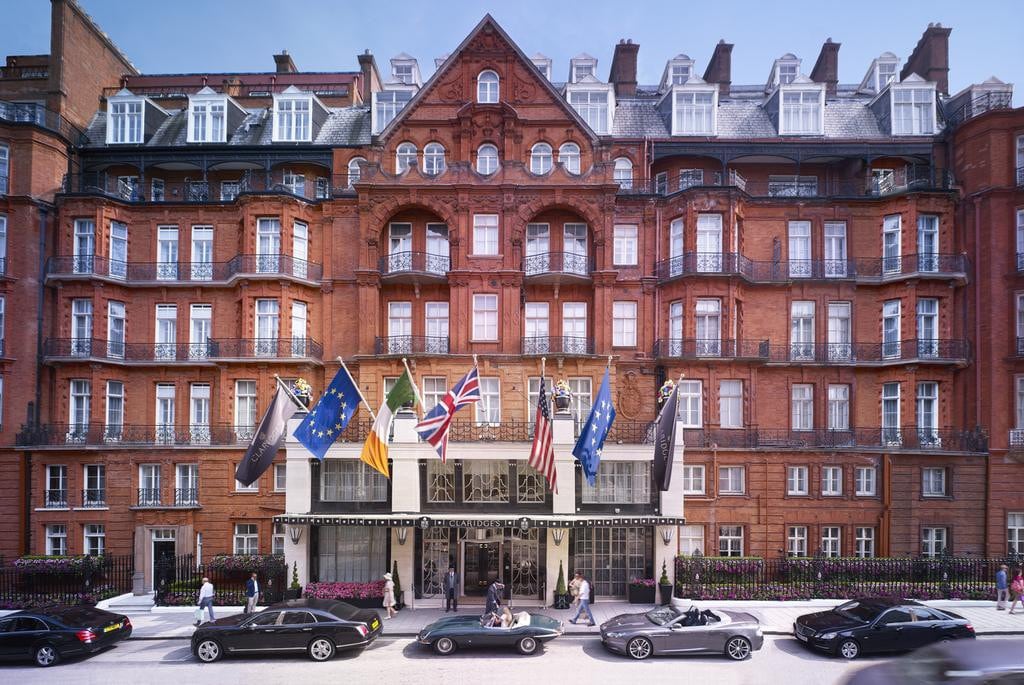 The poetry of architecture