Surrounded by an oasis of nature

Tlalpuente, a house located in the middle of a forest south of Mexico City, is a project by the architectural firm Pérez Palacios Arquitectos. The house enters into a dialogue with the surrounding nature and enjoys a beautiful 360-degree view. We are happy to show you around! 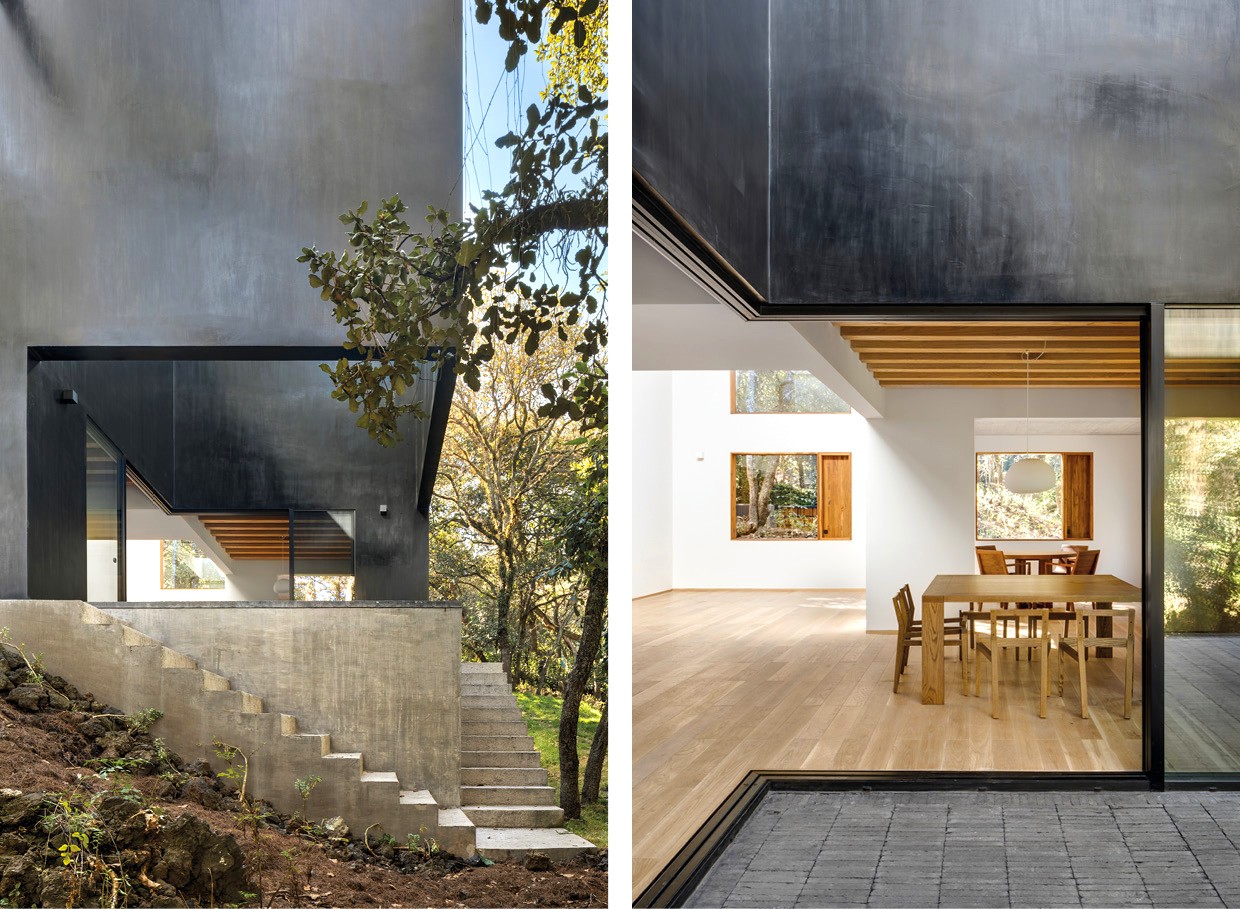 The Mexican architecture studio PPAA, or Pérez Palacios Arquitectos Asociados, was founded in 2018 by Pablo Pérez Palacios and is dedicated to architecture, art, urban and interior design projects. The architect mainly draws inspiration from nature, as shown by the Tlalpuente house, which we are highlighting here.

The residence enjoys a beautiful 360-degree view of the surroundings.

The project explores the relationship of the house to its surroundings. The house is located in the middle of the Tlalpuente forest, in the south of Mexico City. Thanks to several windows that let in a lot of natural light, the residence enjoys a beautiful 360-degree view of the surroundings. As the project is completely surrounded by greenery, the residents do not have to worry about being overlooked by neighbours.

The architectural design is based on the idea of an open space above a basement. The entrance to the house can be reached via a double staircase in concrete. The floor plan is built on a grid, or a square whose axes and diagonals form the starting point for the layout of the spaces, which are all built around a central double-height space. This results in three main roomos, each with a specific purpose that complements the interior space, views and terraces. The exterior of the house is a completely dark surface, interrupted by doors and windows with wooden frames. 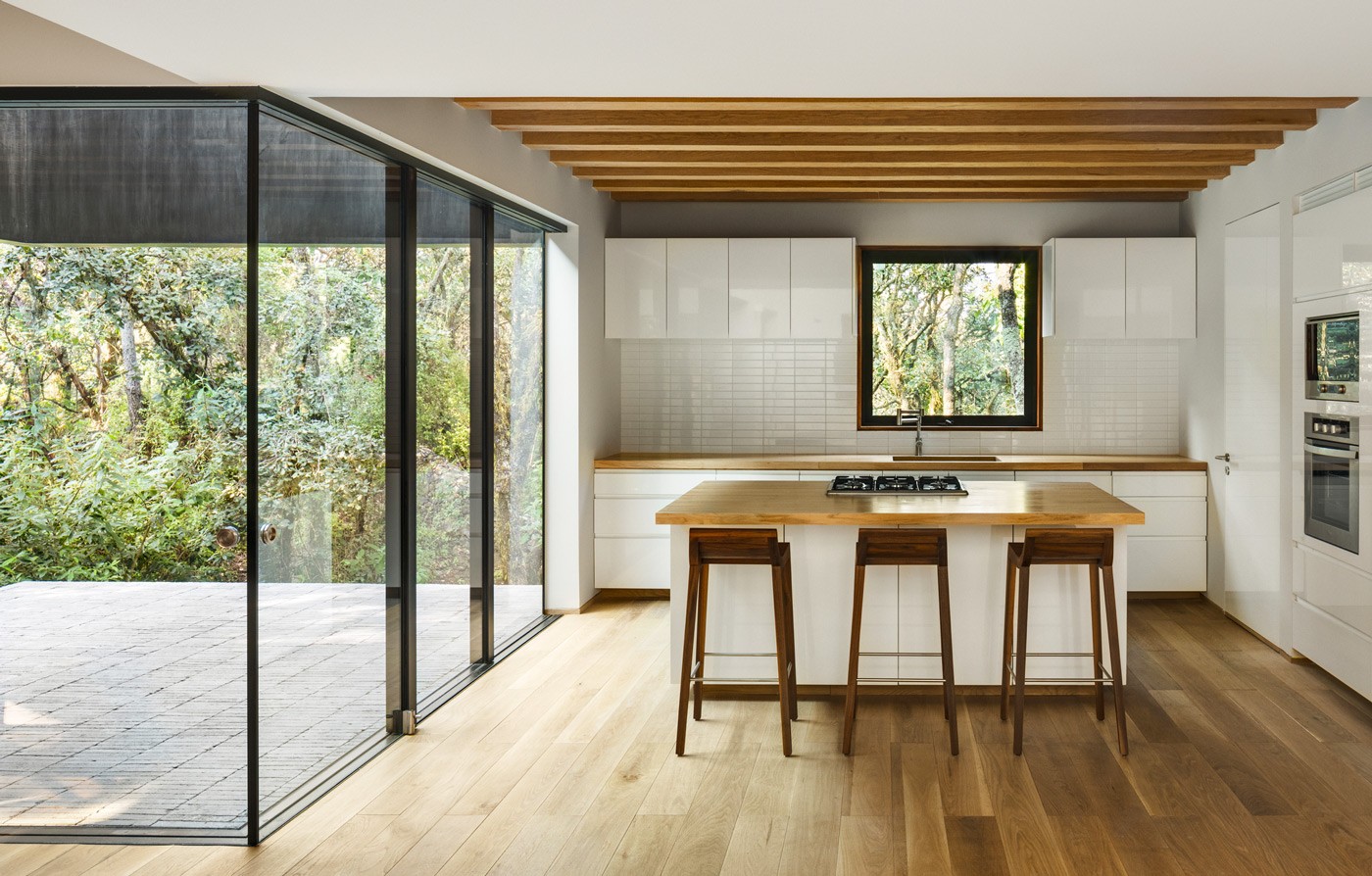 The house thus establishes a dialogue between the natural landscape, which surrounds it, and its structure.

A stunning project in New Zealand