Norm Architects is a Danish architecture studio with a passion for creating homes that radiate balance. The studio was founded in 2008 in a historic street in Copenhagen and is known from merging old and new. Their designs are often the result of a search for balance between Scandinavian design and modernist principles. 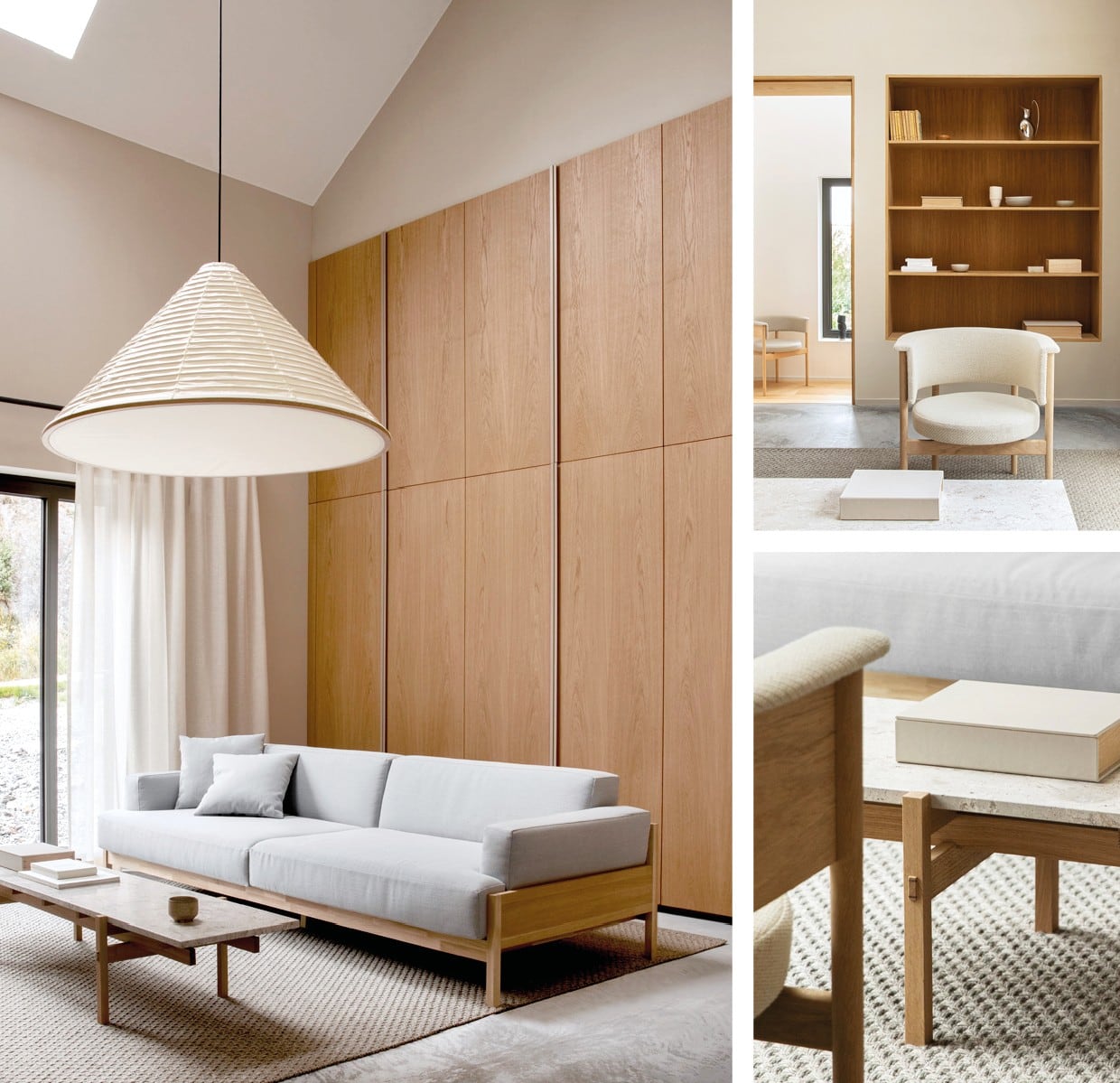 At the Danish studio, the environment is the most important guideline of any design. This is also the case at Archipelago House on the Swedish coast. The four volumes of this house are incorporated into the slope and the wooden facades reflect the brown and grey rocks in the surroundings. The house was designed for a family of six as a holiday home. 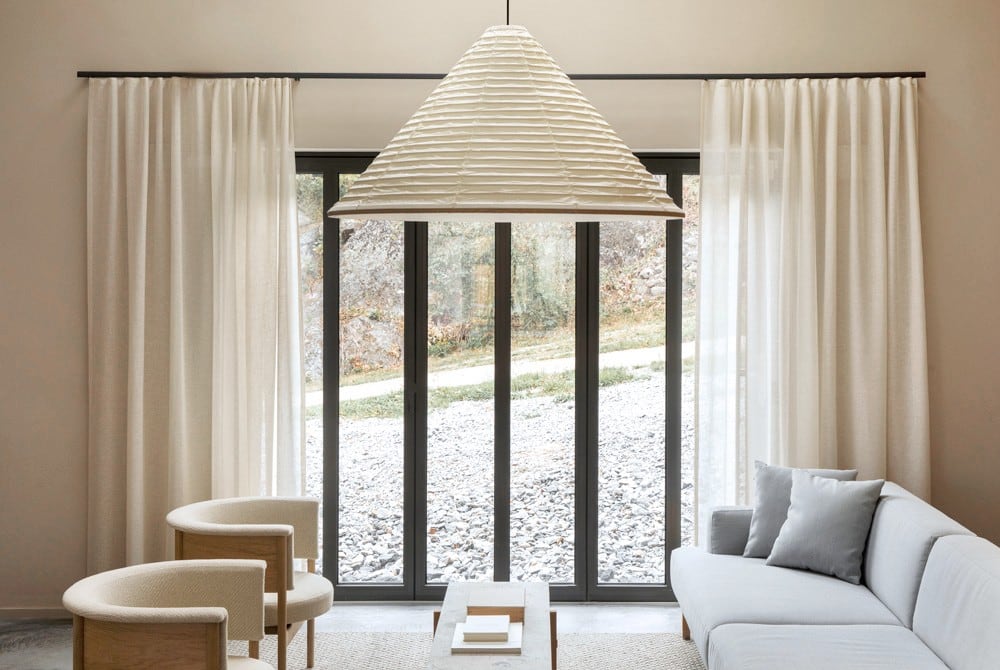 Archipelago House is an ode to the inseparable bond between man and nature.

The house has five different heights or floors to follow the sloping slope of the site. All four volumes are connected to each other by a wooden terrace that invites the residents to go outside and which consequently blurs the boundary between inside and outside. The colour palette is soft with natural shades such as light brown, beige, grey and dark brown. ‘Nature plays an important role in our soft minimalist approach, where we believe that buildings should be a functional backdrop and structure for human engagement,’ Frederik Werner, a designer at Norm Architects, explained. 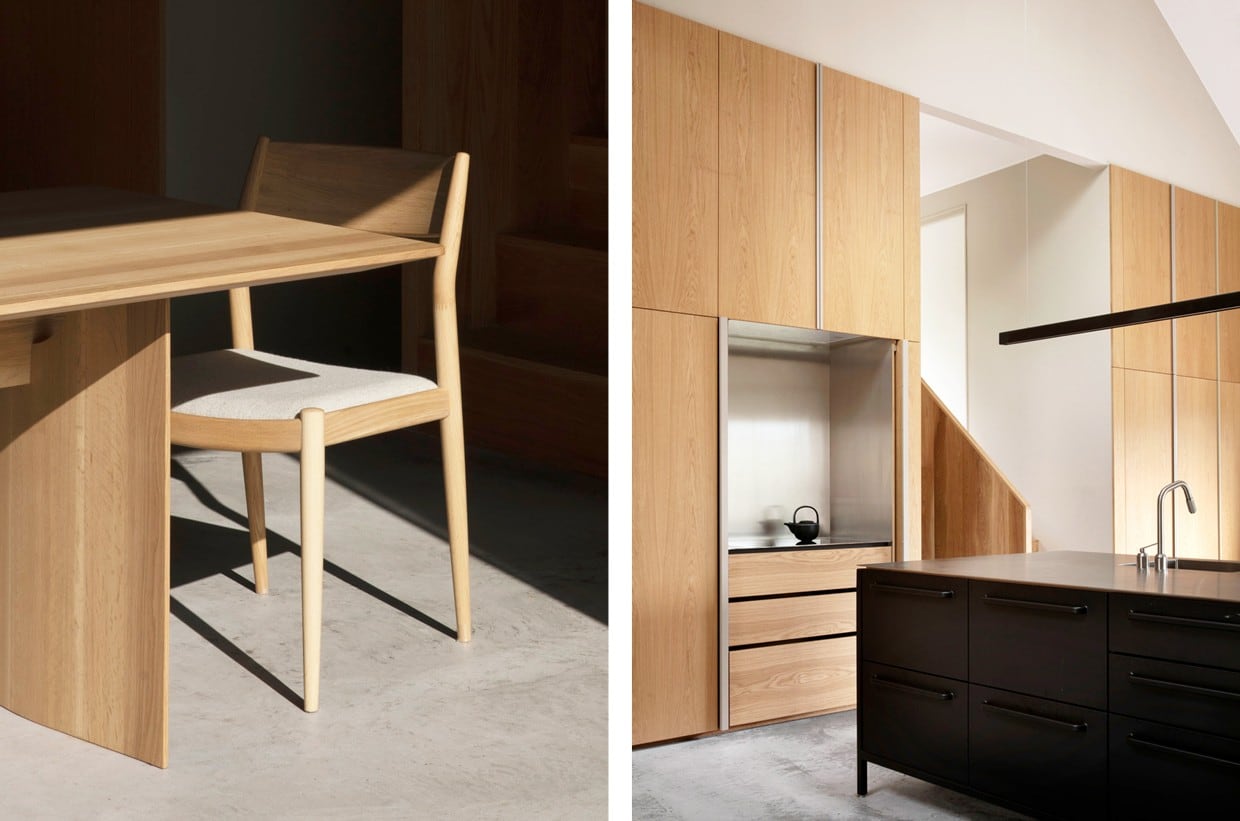 The interior is minimalist with hidden storage spaces and minimal decoration. Fortunately, Norm Architects did not push minimalism too far as the house doesn’t feel cold but instead has a homely atmosphere. Crafted lamps and armchairs add a personal touch to the house. The armchairs and lamps were designed and manufactured for Archipelago House in collaboration with Karimoku, a Japanese wooden furniture maker, and Kojima Shouten, a lantern maker from Kyoto.

Archipelago House is an ode to the inseparable bond between man and nature. The wildness and tranquillity of nature are reflected in the architecture. The house is characterised by natural materials, clean lines and a minimalist interior that focuses on quality and craftsmanship. 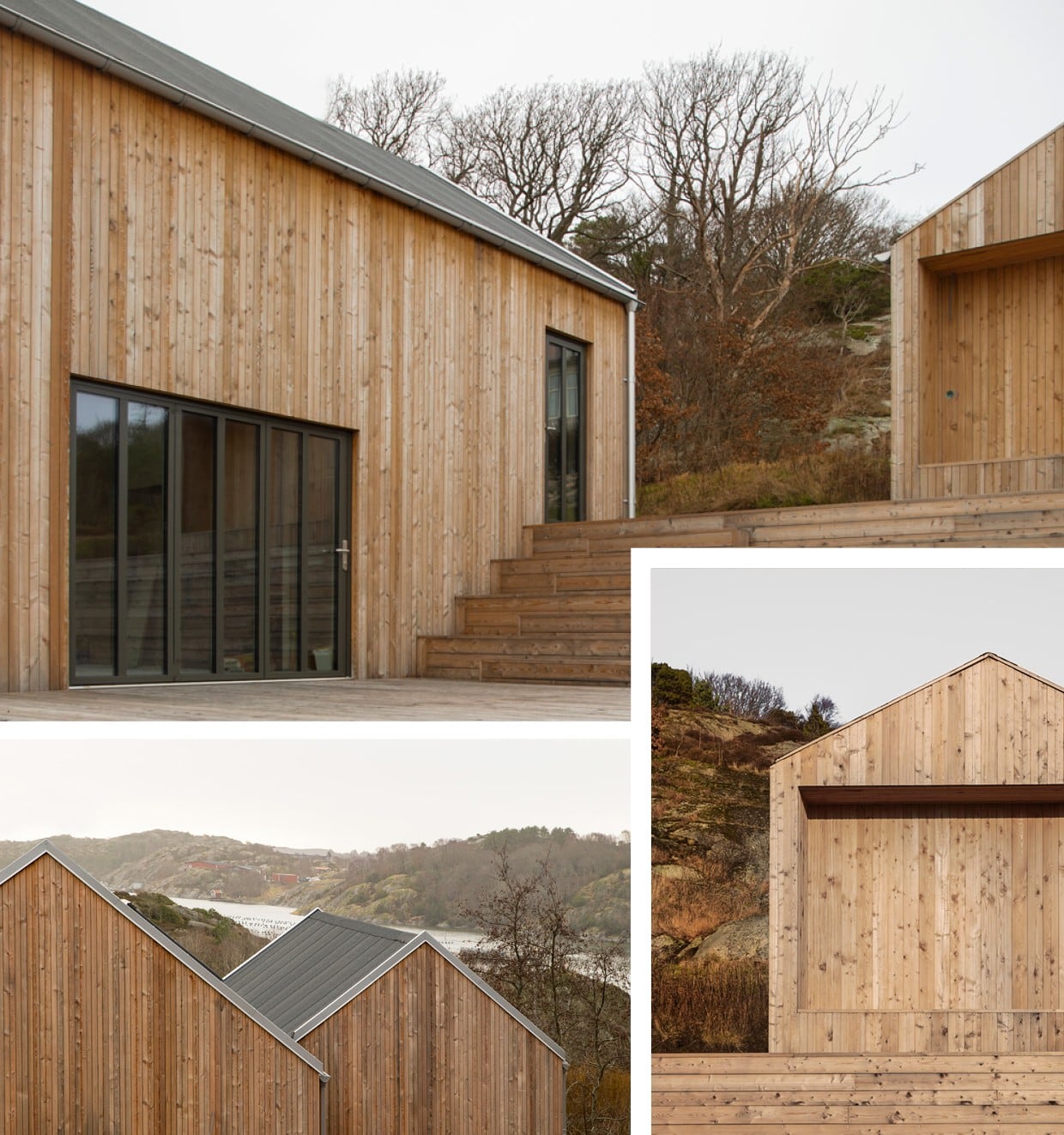