Wuxi Show Theatre – The House of the Dancing Water

In December 2019, the new permanent home for the production of the Belgian theatre director Franco Dragone will open, and this in China. Steven Chilton Architects has built a forest of white columns around the Wuxi Show Theatre. The design is inspired by China's largest bamboo forest, the Sea of Bamboo Park in Yixing.

Franco Dragone is best known as the director of several Cirque du Soleil shows. His production 'The House of the Dancing Water' is a permanent water show that will be shown in the 2000 seat theatre from the end of this year onwards. The slender, white columns around the building give the impression of a bamboo forest. The building was made up of three primary elements: the columns, the shade canopy and the building envelope. The canopy not only symbolises the leaves of the bamboo, but also has an environmental purpose. The shadow it provides, serves to passively reduce the building's cooling load. 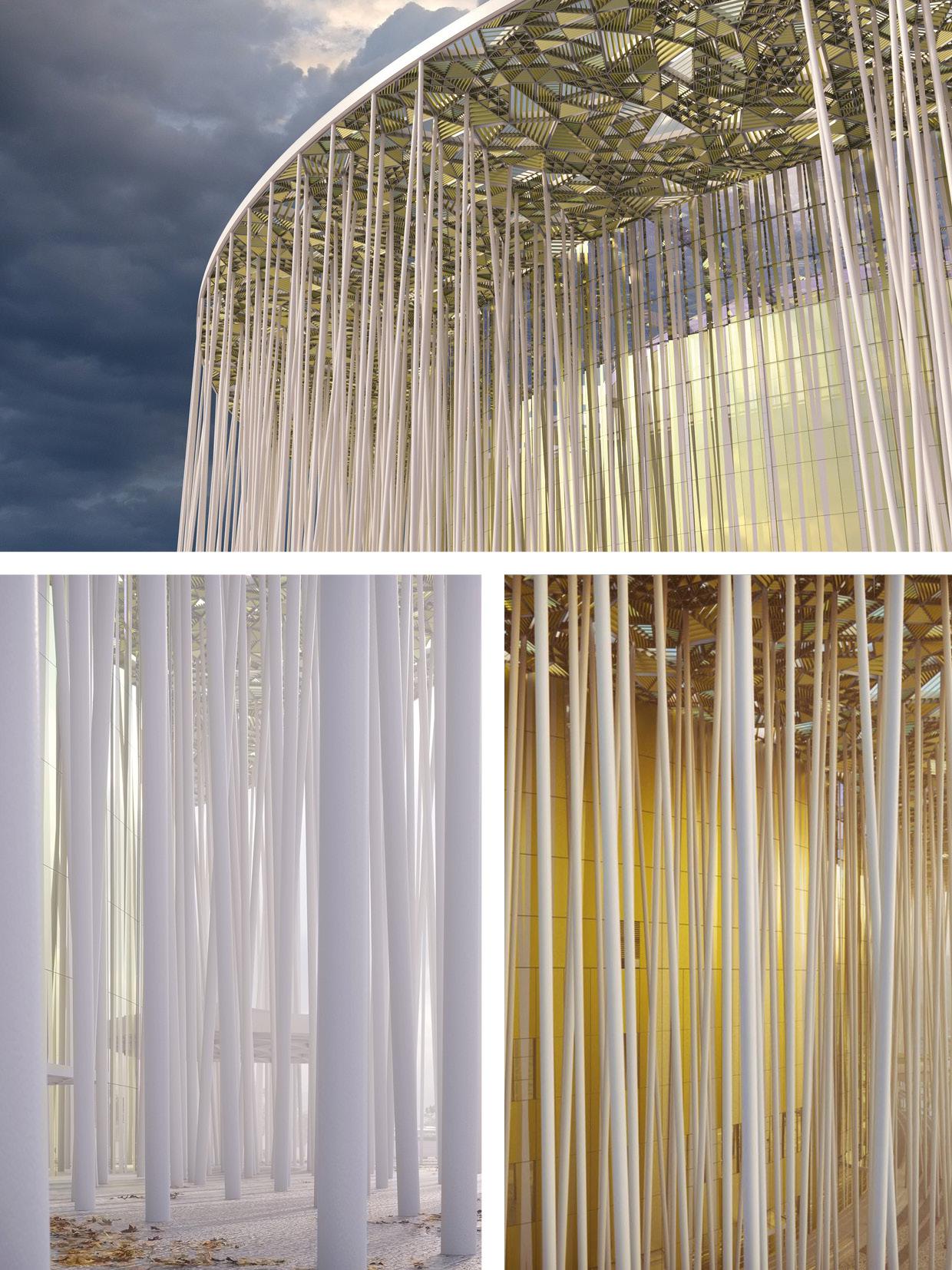 The angular columns around the building, frame the entrances and connect to a roof of gold anodized aluminium. Each column is randomly placed to create an organic look and to play with air and shadow patterns that fall on the building envelope.

At night, the building lights up from below, making it an aesthetic beacon. It seems to be glowing with the light reflected onto the bright surfaces. It’s a true light show that is almost as spectacular as the show that takes place behind the walls. 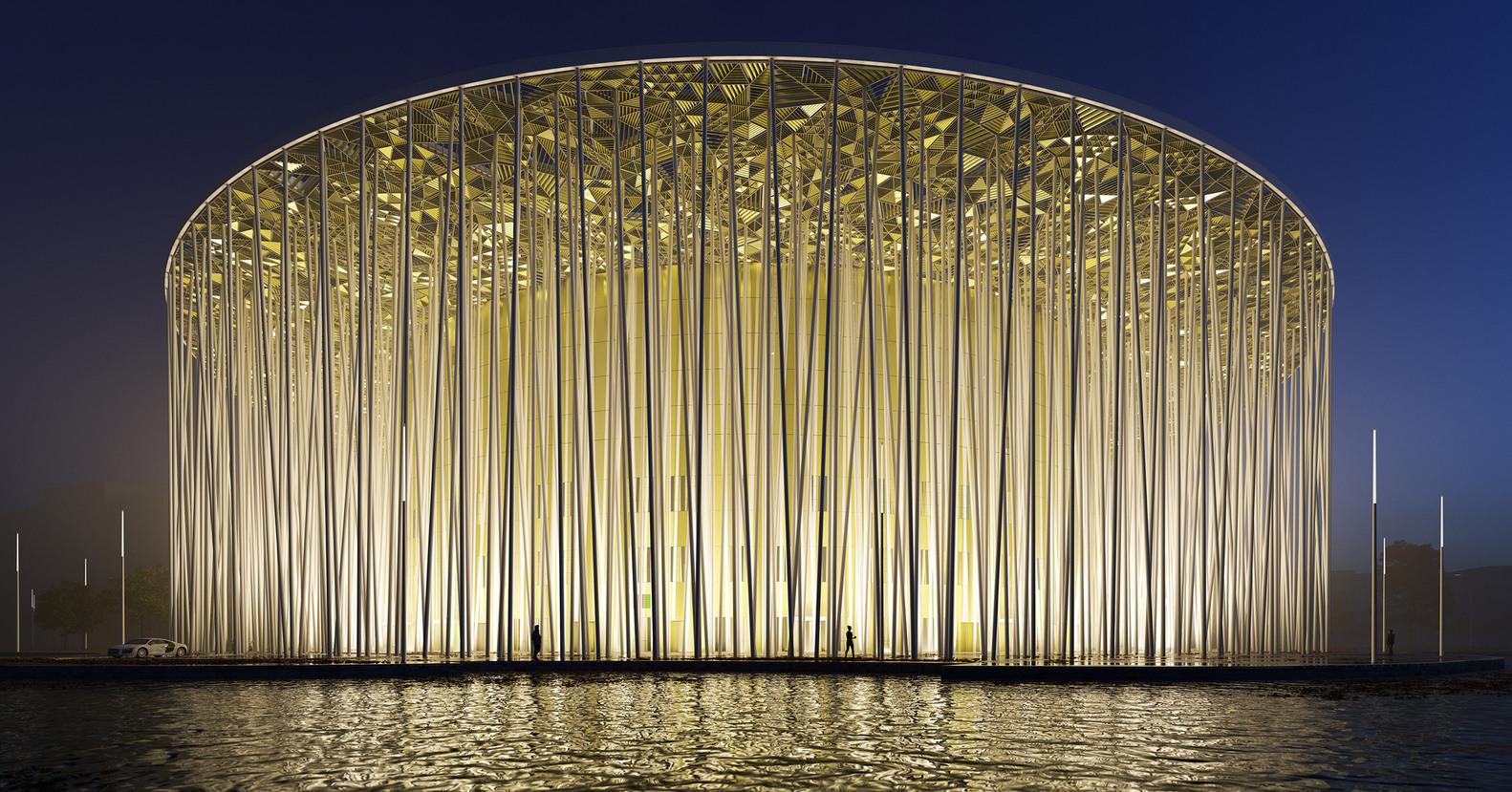