In the residences at Rondure House we see for the first time Tom Dixon's renowned, timeless and rich stamp in Australia. The collaboration between this British designer, real estate developer Above Zero and architecture studio Cera Stribley resulted in a timeless project that was a perfect addition to the beautiful Kew district.

The Rondure House residences in Kew, a suburb of Melbourne, are Australia's first international collaboration with British designer Tom Dixon. This is a luxury apartment complex at Studley Park developed by Above Zero, which will house fourteen residences including a penthouse with panoramic views of the city. For the design of the facade and the building itself, Above Zero held a competition that was won by the Australian architecture company Cera Stribley. With their design they celebrate the modernist architectural history of the park and the neighbourhood. 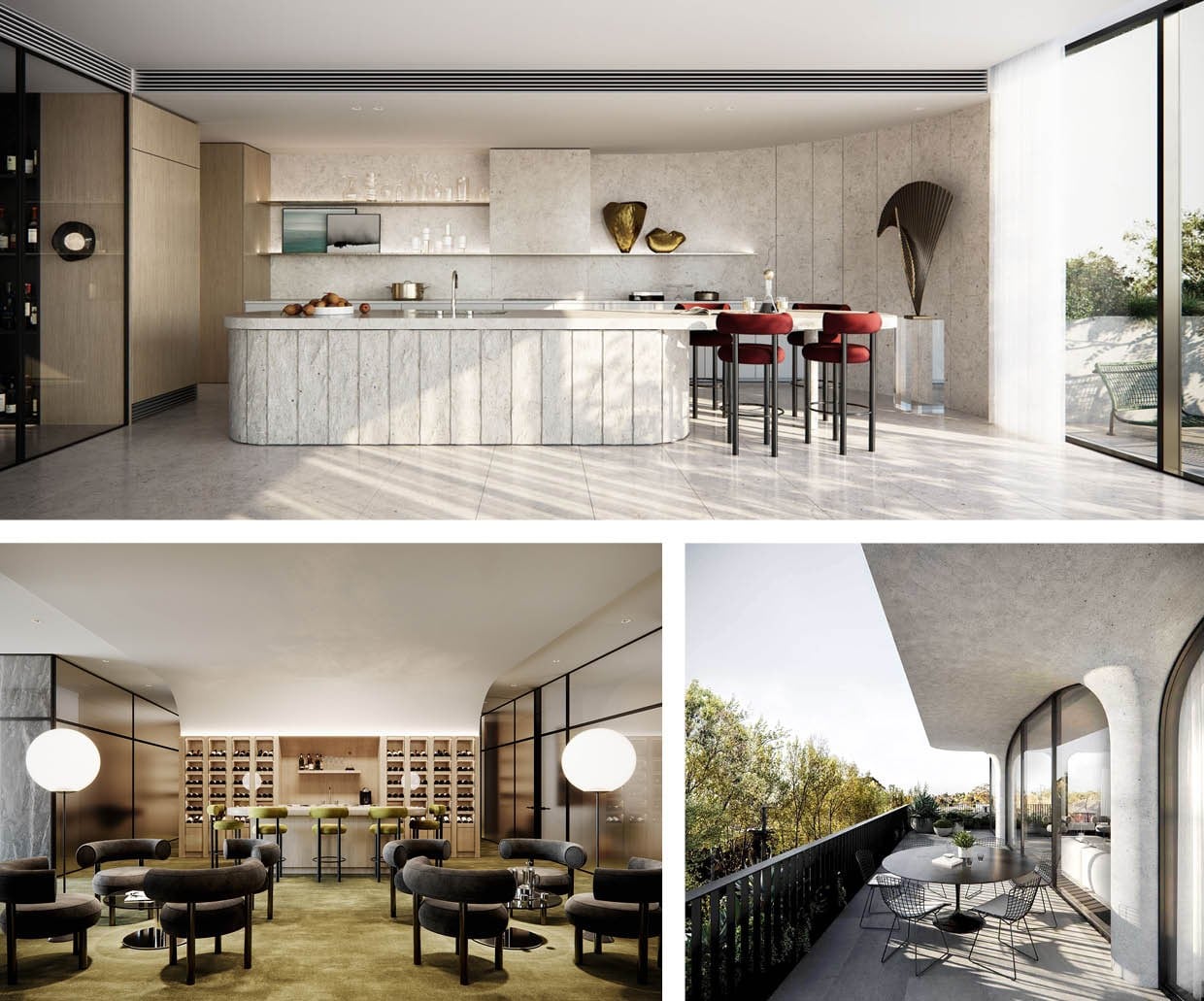 “A collaboration born out of passion, dedication, time and craft”

For the interior design they appealed to the London based Tom Dixon. This designer is best known for his lighting and furniture designs but has also made a name for himself with beautiful interior designs. "We will be delivering bespoke features across the residences, communal spaces and lobby including yet to be released furniture and lighting items," Dixon said in an earlier interview with Yellowtrace. Every detail throughout the building and the apartments themselves will provide an exceptional experience. The architecture will mainly consist of concrete in which concrete columns will serve as a decorative as well as a structural element. “Rondure House is deeply contextual to its physical surroundings and architectural heritage," says Dom Cerantonio of Cera Stribley. We hear that this part of Kew has always been linked to Australian brutalist architecture. In the area we find several houses designed and built by famous postmodernist architects such as Robyn Boyd and Roy Grounds. Rondure House was thus inspired by that style and iconic houses from the fifties and sixties. 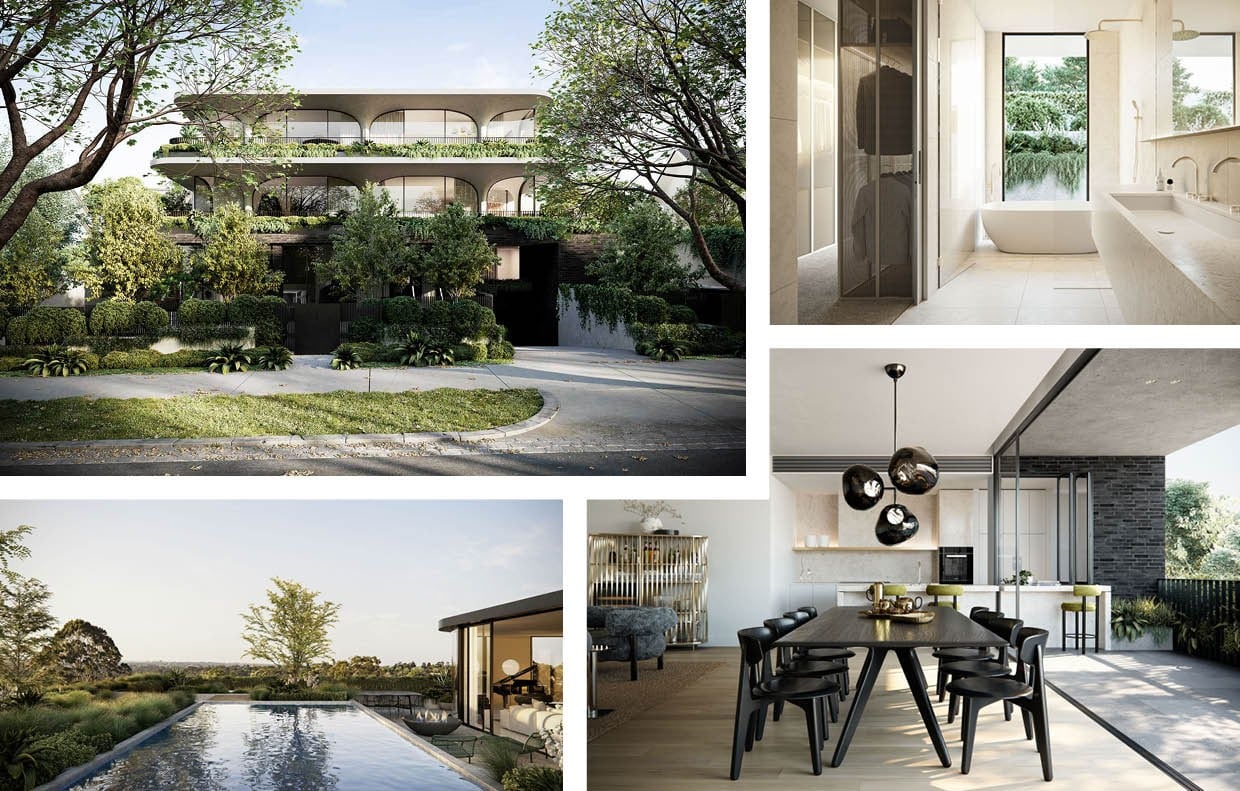 From every home unit you have a beautiful view of the city or the gardens and natural light and greenery play a major role in the indoor and outdoor spaces. Each apartment is very light and open and the interiors were given a sober, airy and timeless look with customisable interior furnishings. In addition to the beautiful apartments, there are also several communal areas that bear witness to the same class and luxury. You will be welcomed by a grand lobby and there is even an art gallery. The communal Opal Bar & Lounge was also designed by Dixon and he contributed to the unique concept of 'The Vaults', private multifunctional spaces for each residence. These can be used, for example, as offices, private cinema, storage for art or wine, and so on. It really is an impressive project if you ask us. The beautiful images alone make us want to live here ourselves! "Exceptionally brilliant. A collaboration born out of passion, dedication, time and craft," we hear and we couldn't describe it better ourselves. 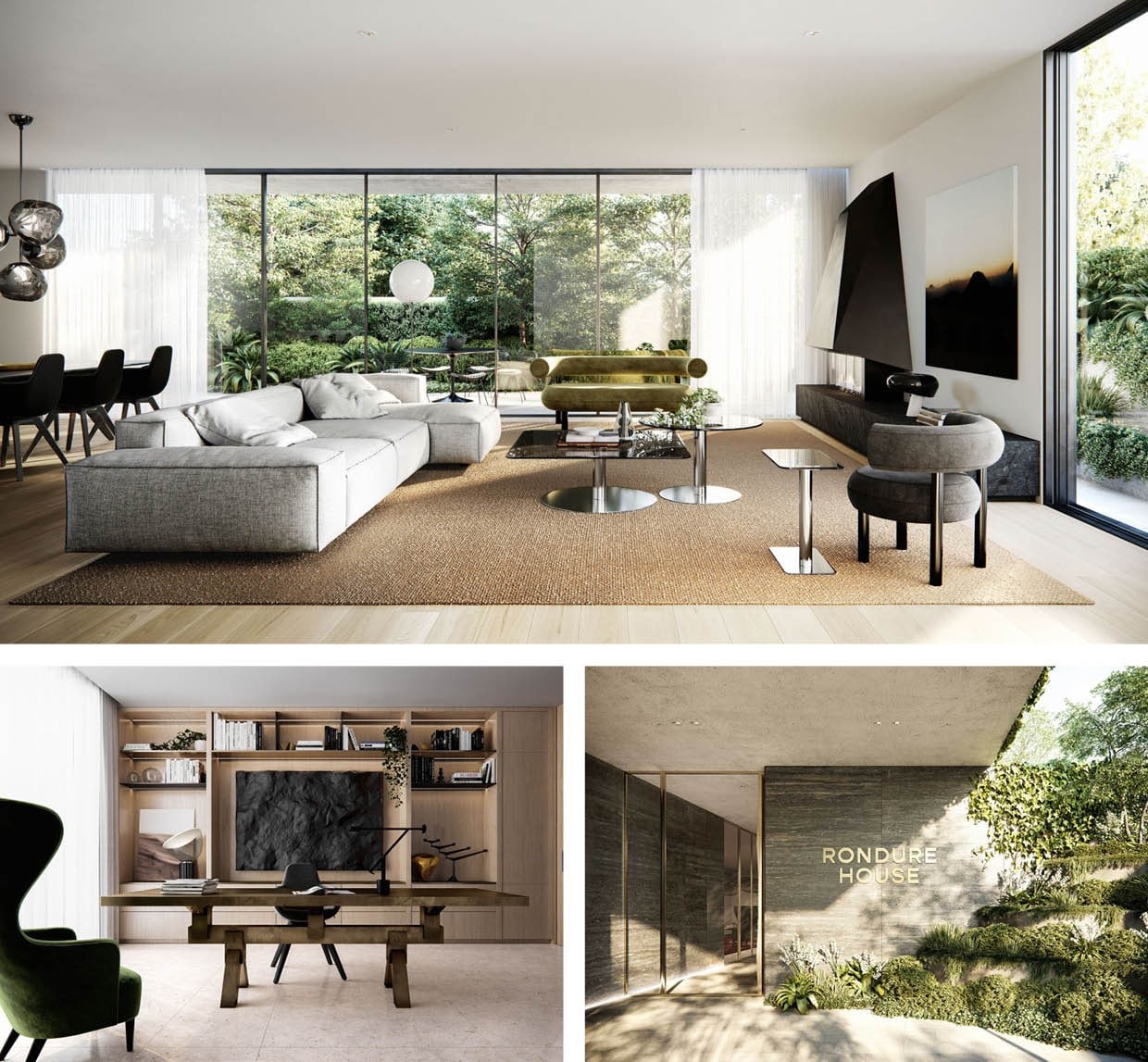