Renovation of the Volkshaus Basel Hotel

The centuries-old Volkshaus in Basel has undergone a step-by-step transformation by the Swiss architectural firm Herzog & de Meuron. In the most recent development, eight years after the first construction phase started, the architects placed a hotel with 45 rooms in the former offices. With their renovations, Herzog & de Meuron hope to breathe new life into the architectural identity of the Volkshaus. 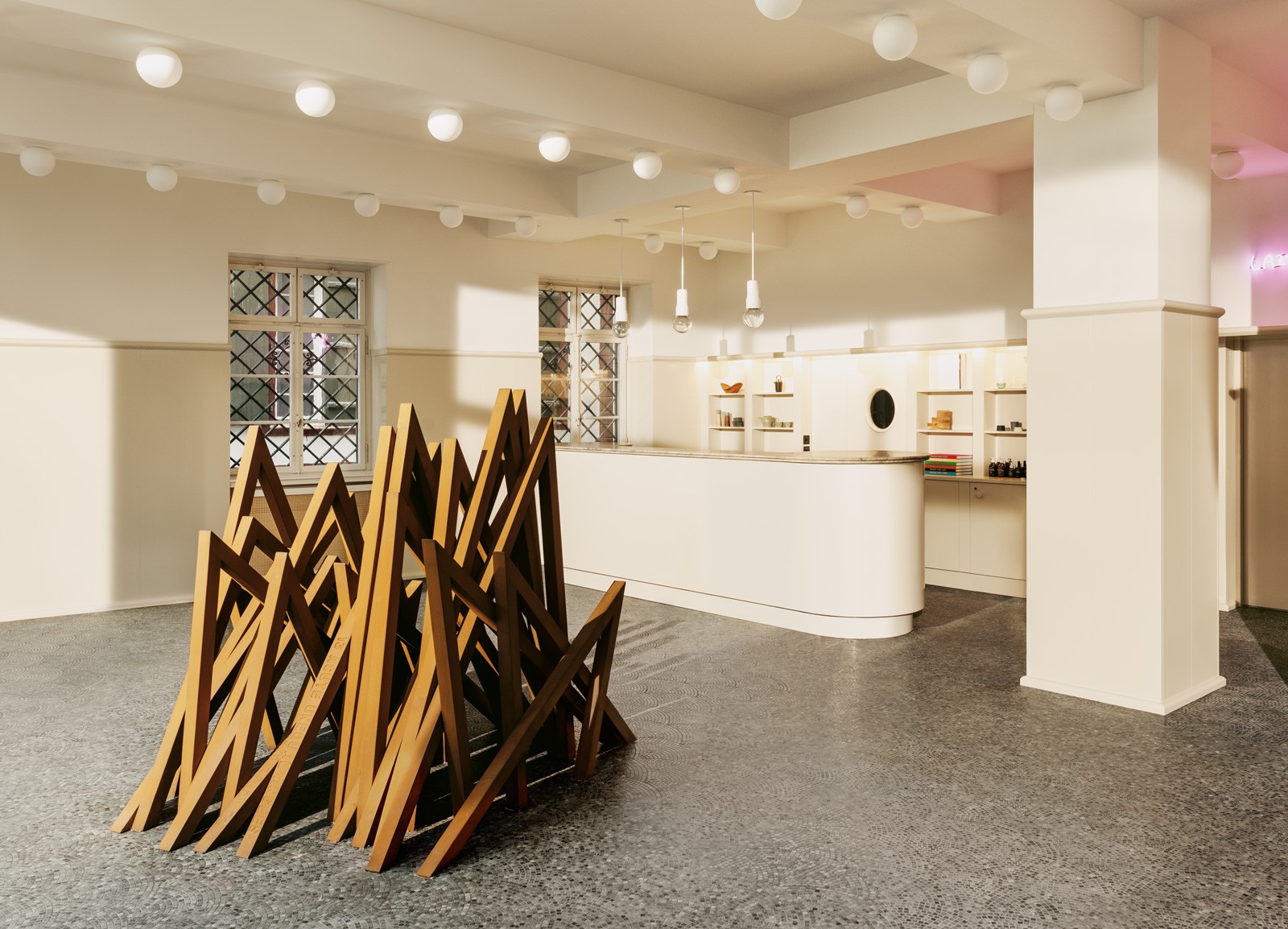 The Volkshaus hotel has a rich history: it was originally built as Castle Bailiwick in the fourteenth century. A brewery and a restaurant were added in 1845, and a concert and beer hall were added in 1874. It was not until 1905 that the Basel administration took over the building. It was completely renovated by Henri Baur and completed in 1925. It was then that the former castle was given its new, official name Volkshaus Basel. Before it fell into the hands of Herzog & de Meuron, it underwent a complete conversion to office spaces in the 1970s after it escaped demolition.

The bedrooms were given a sober layout with rich textures.

Herzog & de Meuron, an experienced architectural duo, accepted the enormous assignment and began the renovations in 2011. The intention of the overhaul was to restore the interior to its Henri Baur version. Past October, all the works were finally completed and the result is a coherent building which connects old and new. After the renovation of the bar, the brasserie and the old halls, it was the hotel's turn. The architects used historical plans of the bedrooms to design the hotel rooms. These were given a sober layout with a few rich textures such as terrazzo flooring and wooden furniture. 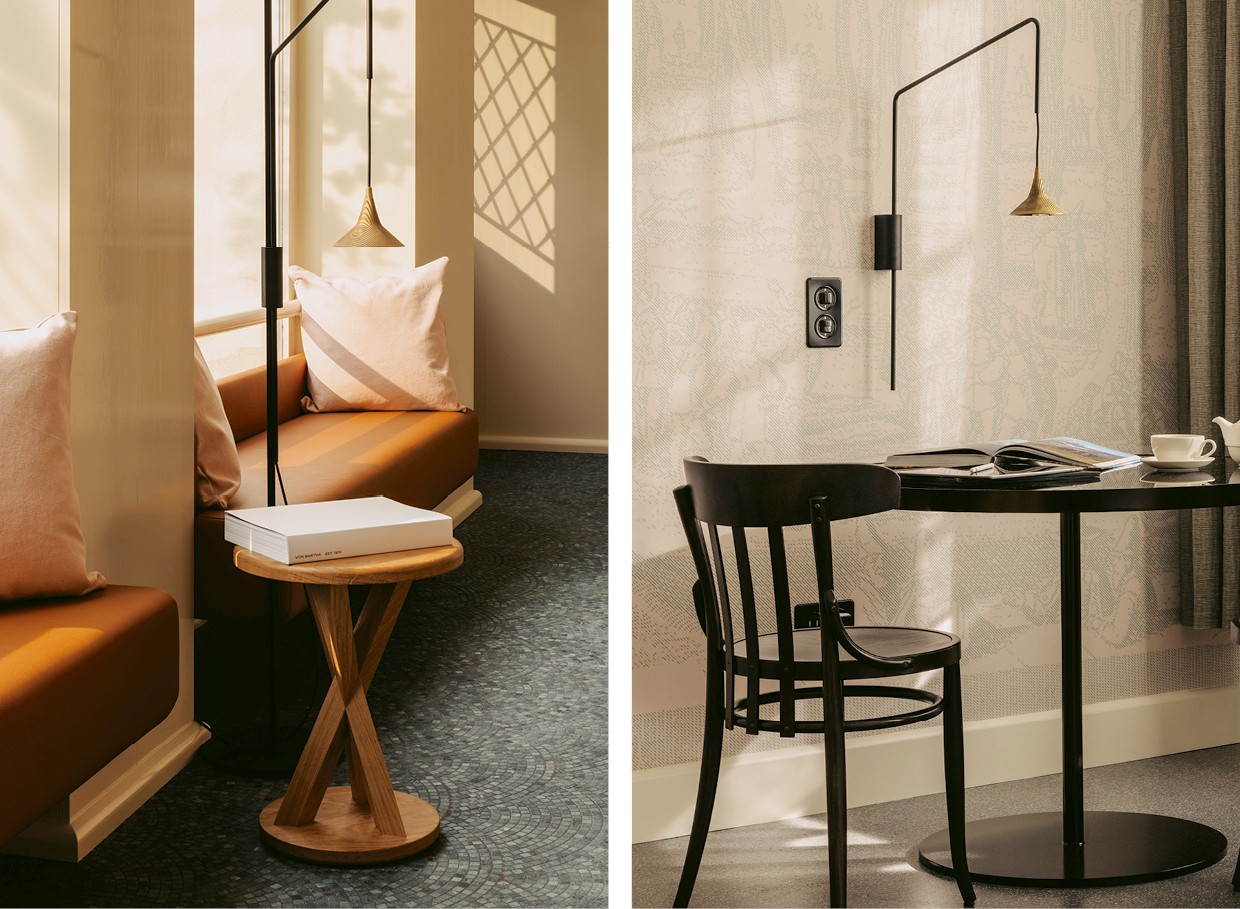 The storage/bathroom hybrid was inspired by the layout of the former offices and the old bedrooms in the attic. This element is a wide storage space that separates the hallway from the hotel room. It has a double function, it serves as a closet and as a bathroom. The colour palette in the hotel rooms is austere. The architects chose black stained oak for the volume of the bathroom and storage space and dark terrazzo floors. Other materials and colours remain neutral, they range from soft green to off-white and most of the furniture comes from Hertzog & de Meuron's own collection. In addition, the lobby was designed as a counterpart to the dark bar. This was given a light colour palette and can also serve as an exhibition space.

The architects manage to restore the historic building in all its glory. Finally, they add: ‘We hope that our modifications and the renewed diversity of uses will not only revitalise this extremely special location in Basel, but also revive the architectural identity of the Volkshaus.’

Design and the ocean