In Sidney, Australia, studio Candalepas Associates has crafted a modern mosque in the whimsically named suburb of Punchbowl. The mosque itself holds space for 300 visitors, sequestering the women and men in separate quarters. With a vaulted roof in smooth concrete and an impressive wood-clad dome on top, the modern structure elevates both the aesthetic and religious experience of its visitors.

Inside, the mosque offers peaceful spa-like rooms to perform ablutions, the cleansing rituals required before entering the praying rooms. After completing their ablutions, the men enter the main prayer hall by passing the entry awning, while the women go the other way. Female worshipers pass under the minaret, eventually stepping into the prayer galleries on the first and second level, right beneath the mosque’s dome, which is covered in a pale timber. 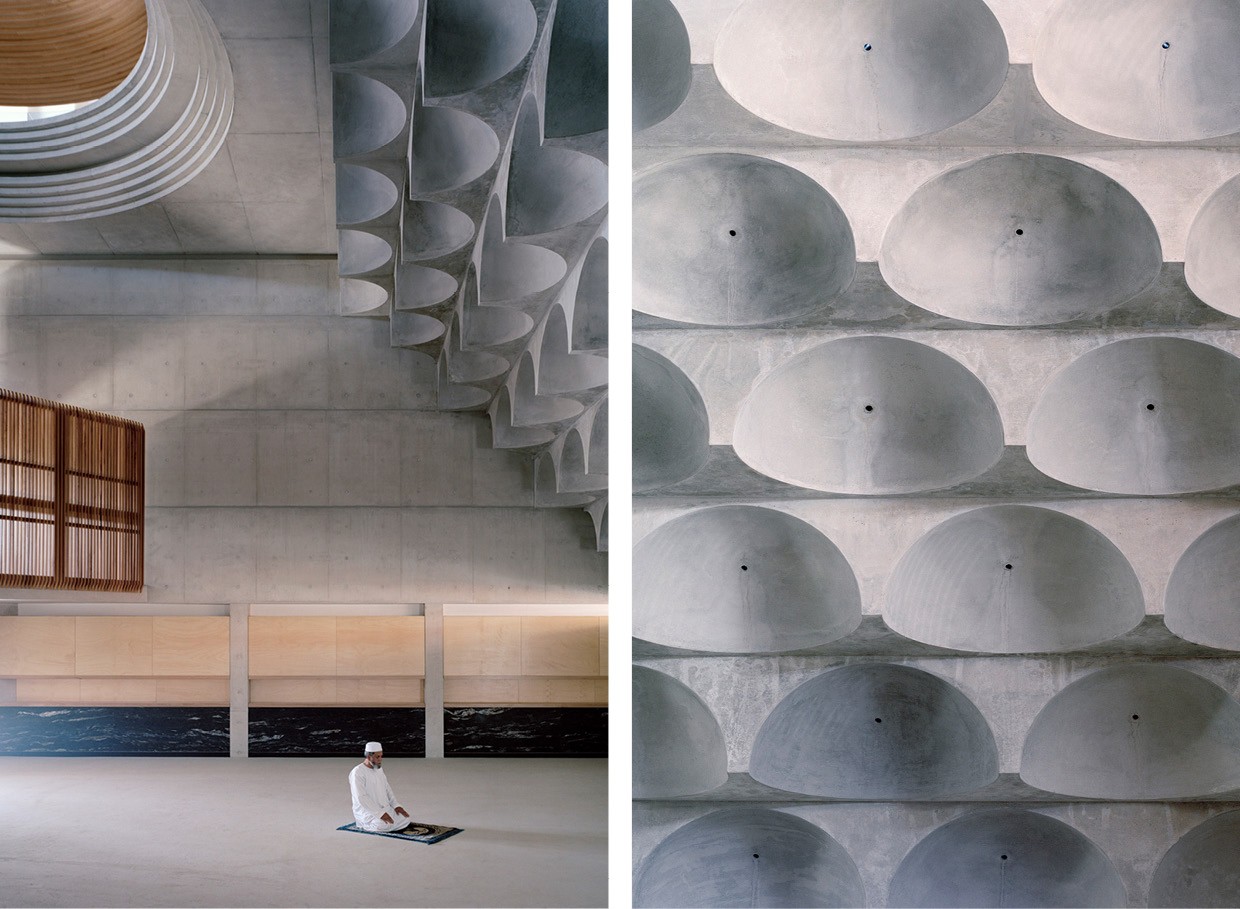 The prayer hall on the ground floor is where the men worship, and features a honeycomb structure in concrete. It’s a modern nod to the ‘muqarnas’ a three-dimensional pattern traditionally used in Islamic architecture to decorate the area between the wall and the dome. All 102 muqarnas feature tiny holes in their center to allow natural light to illuminate the prayer room. Above the concrete pattern, the structure moves into the circular shape of the dome. Covered in a light shade of plywood, the dome sits right above the prayer galleries for the women. 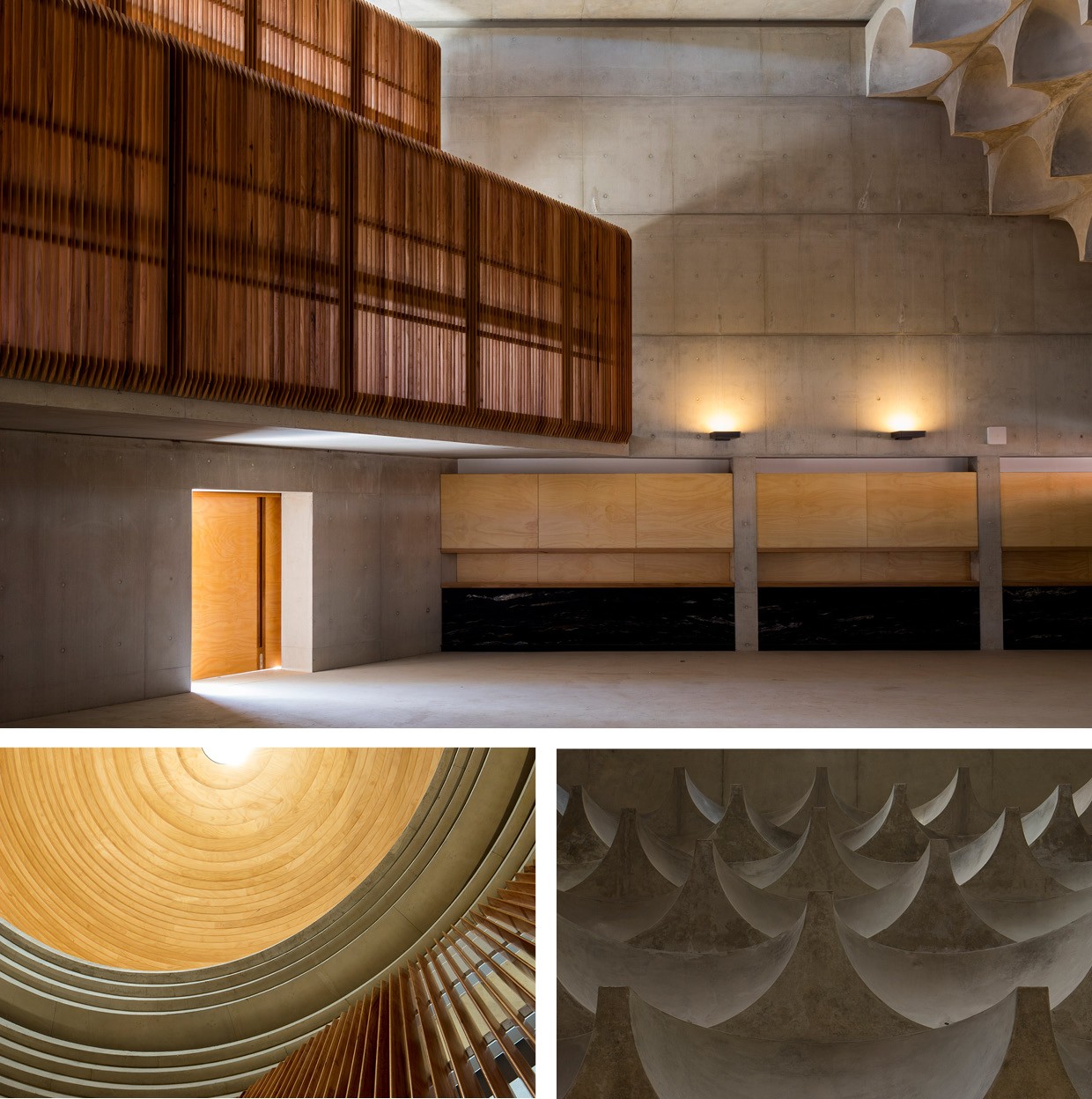 The mosque is only part one of a multiphase construction, but has been impressive enough on its own. The second phase will be a series of community buildings, including a school for up to 175 students and several offices. All phases combined will take more than 20 years to complete. But as for now, the existing building stands tall, providing local muslims with a state of the art place of worship. 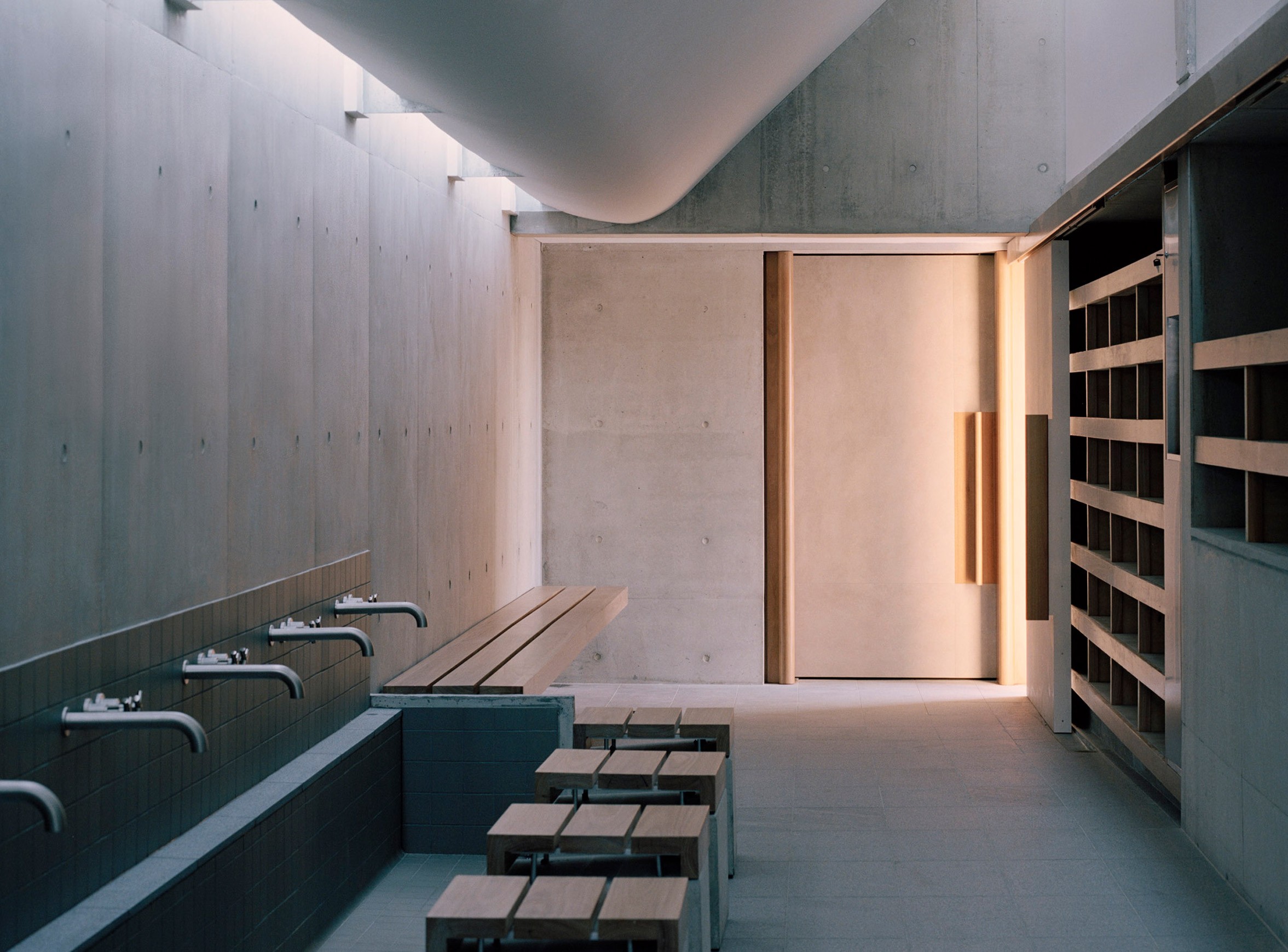