Agnes Rudzite Interiors transformed two apartments into one unified home with a ‘70s inspired style. The Latvian studio is characterised by its humorous and poetic style and has offices in Riga and The Hague. The project we show here, Apartment in Moscow, was completed in 2019.

With 340 square metres, Apartment in Moscow is exceptionally large. Despite the extensive surface area, the interior designers knew how to make the house homely and cosy. It has a large kitchen, a living and dining room, a sitting room, five bedrooms, three bathrooms and three dressing rooms. The design process went smoothly because the designers had already worked with the client on the Villa in Jurmala project. Both parties were on the same page which eased and sped up the process by a great deal. 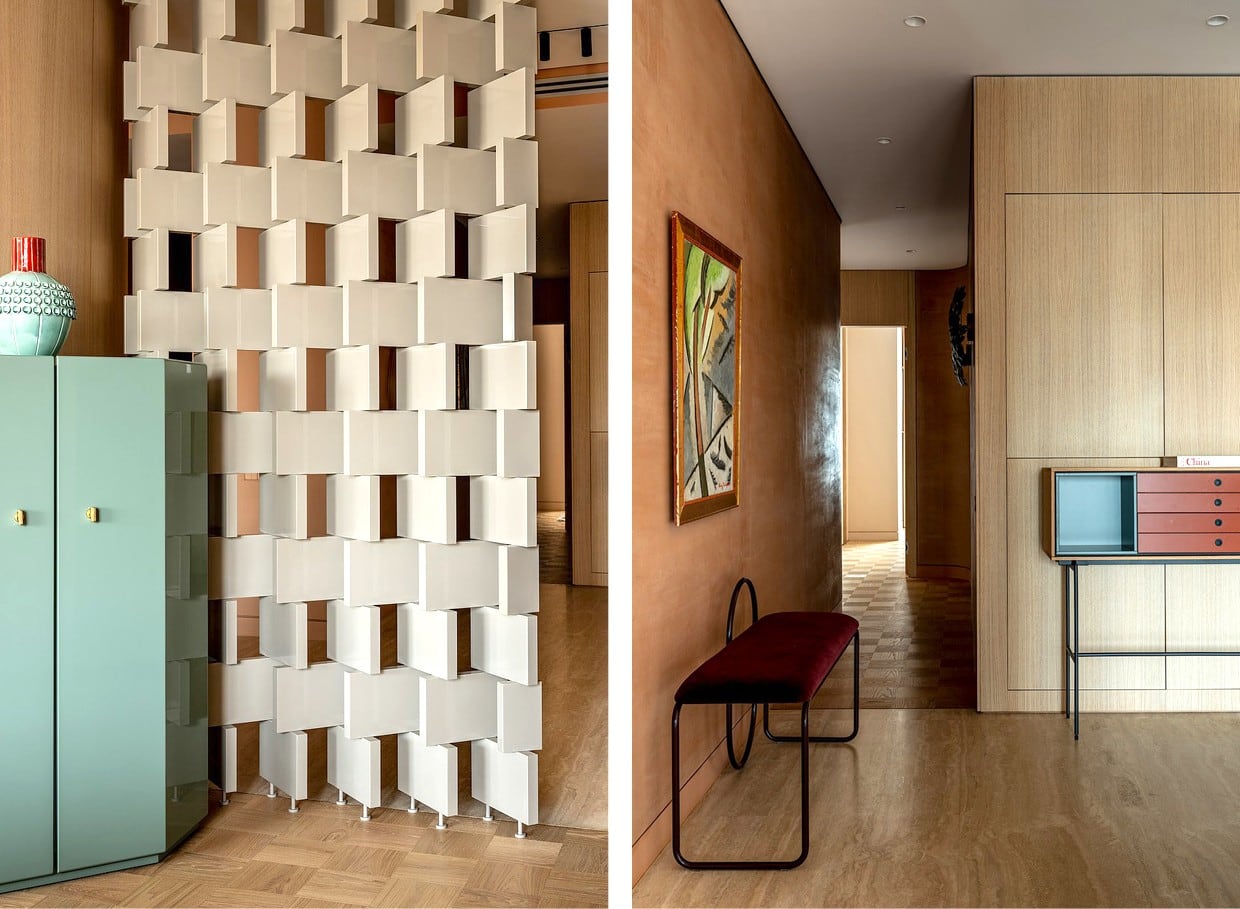 Two apartments are transformed in a uniform home.

Apartment in Moscow has a soft colour palette with different shades of brown, beige and terracotta. The natural colours and materials are interspersed with a striking blue armchair or a bold work of art. An example of this is the use of materials in the bedroom where oak veneer on the walls turns into green velvet. This is accompanied by the copper-coloured armchair called 'Elysee Sofa' which was designed by Pierre Paulin. The contrasting textures and colours create an eclectic whole.

By merging the two flats, the concrete pillars were exposed. These were covered again by Rudzite and her team with rounded wooden veneers. They set the tone for round accents in the home such as rounded kitchen cabinets, walls and furniture. The pieces of furniture that the interior designers placed in the flat are well-known design pieces such as 'Table and Forme Libre' by Charlotte Perriand and the '905' chair by Vico Magistretti for Cassina. Agnes Rudzite Interiors has succeeded in creating a good balance between sophistication and playfulness. Apartment in Moscow is sleek and bold at the same time. 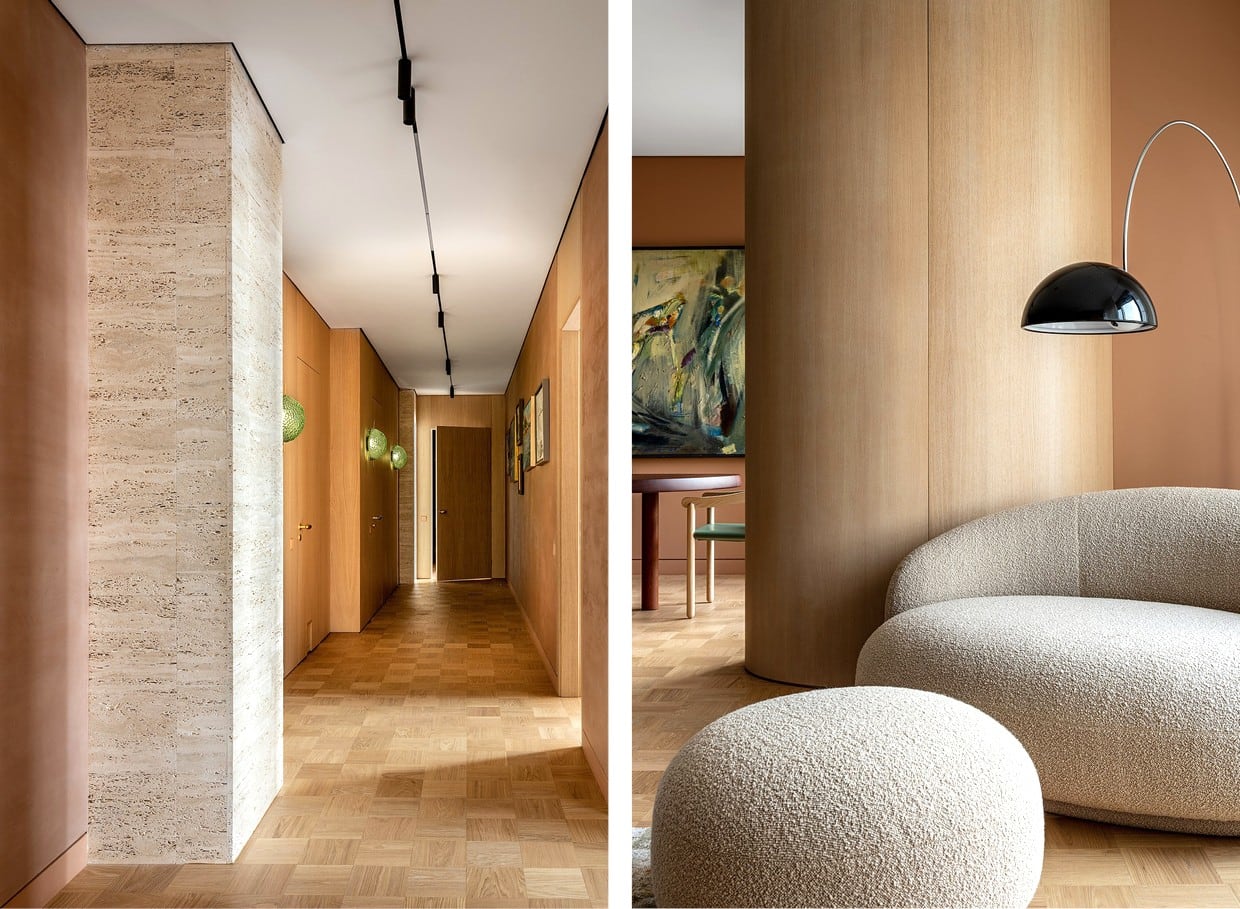