Mendi Argia, 'enlightened mountain' in Basque, is a unique boutique hotel in San Sebastian. The interior is designed by Sara Ojanguren and Openhouse Studio, a creative studio with a biannual magazine. Openhouse Studio not only did the styling, but also provided the narrative for the residence in the form of an article describing Mendi Argia as an intimate experience instead of a transient place. 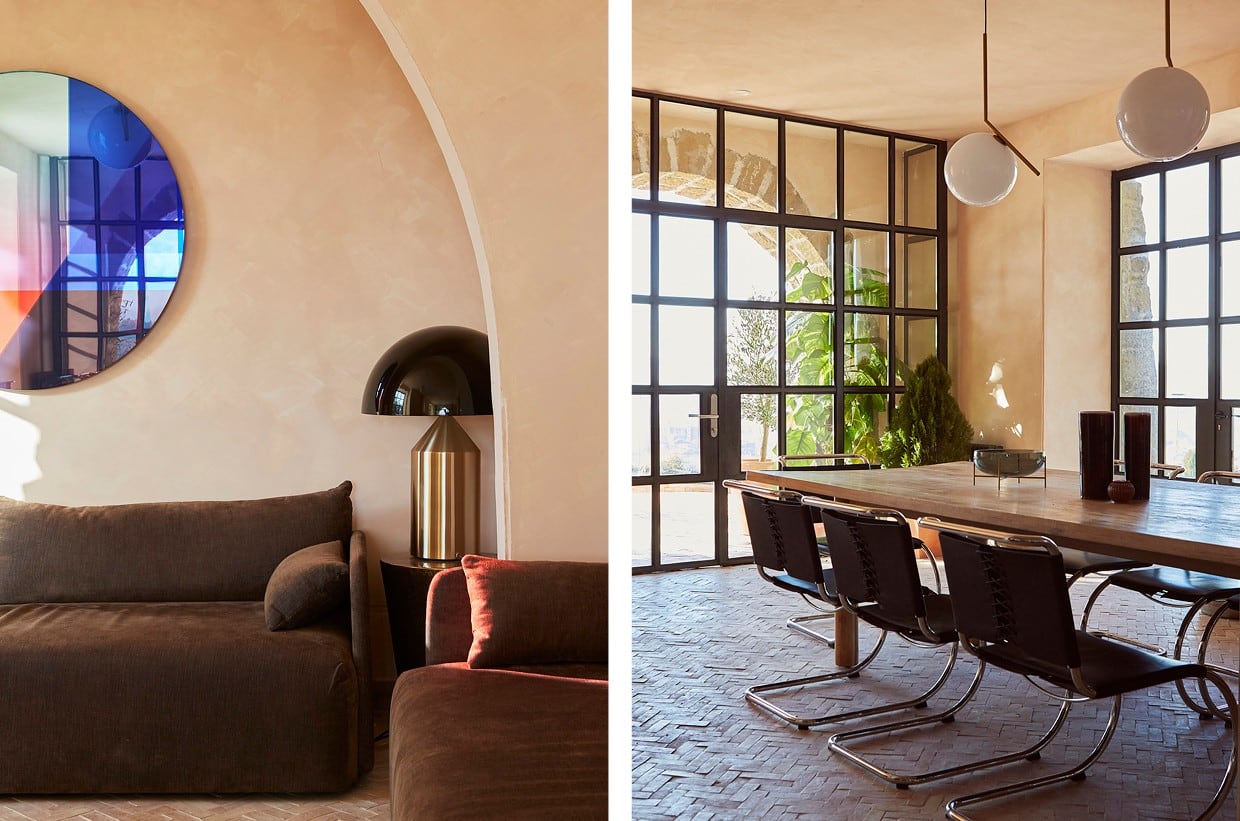 The twentieth-century villa is located on the slope of Mount Ulia. As a result, the residence has a fantastic view of the turbulent city, San Sebastian, below. Two brothers from Gernika started the renovation project as an ode to their roots in the north of Spain. The historic appearance of the Neo-Basque villa was preserved and combined with a number of contemporary Parisian accents.

The impressive play of light from the setting sun is emphasised by the soft orange colour of the interior. 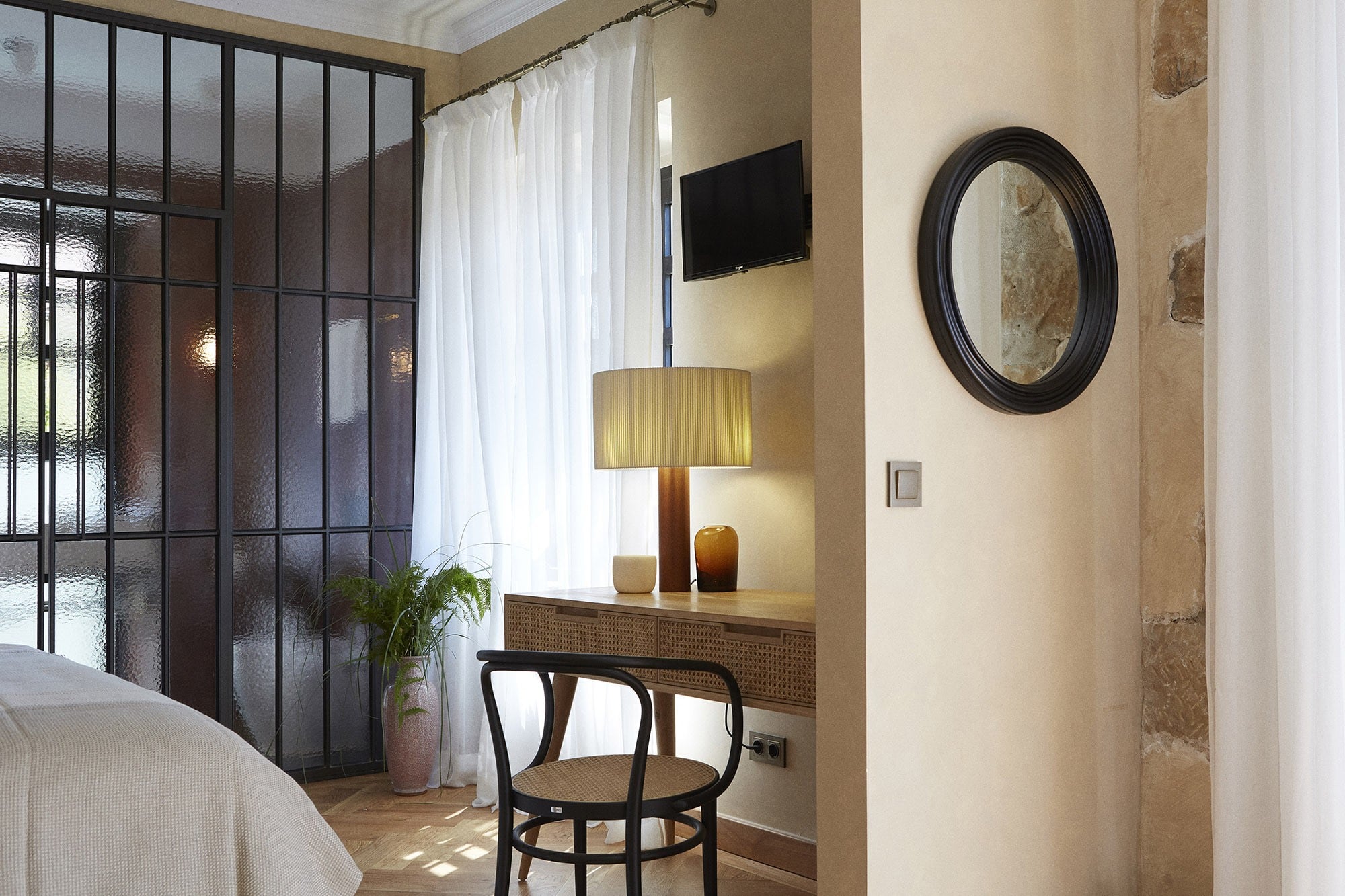 The property uses different textures such as wood, plastered walls, rattan, natural stone and brass. The most striking architectural element is the arched recess in which the sofa has been placed. With the use of soft colours and historical elements, the interior architects created a residence with its own character. Mendi Argia is a villa that honours the architectural history of San Sebastian while offering modernity and comfort. 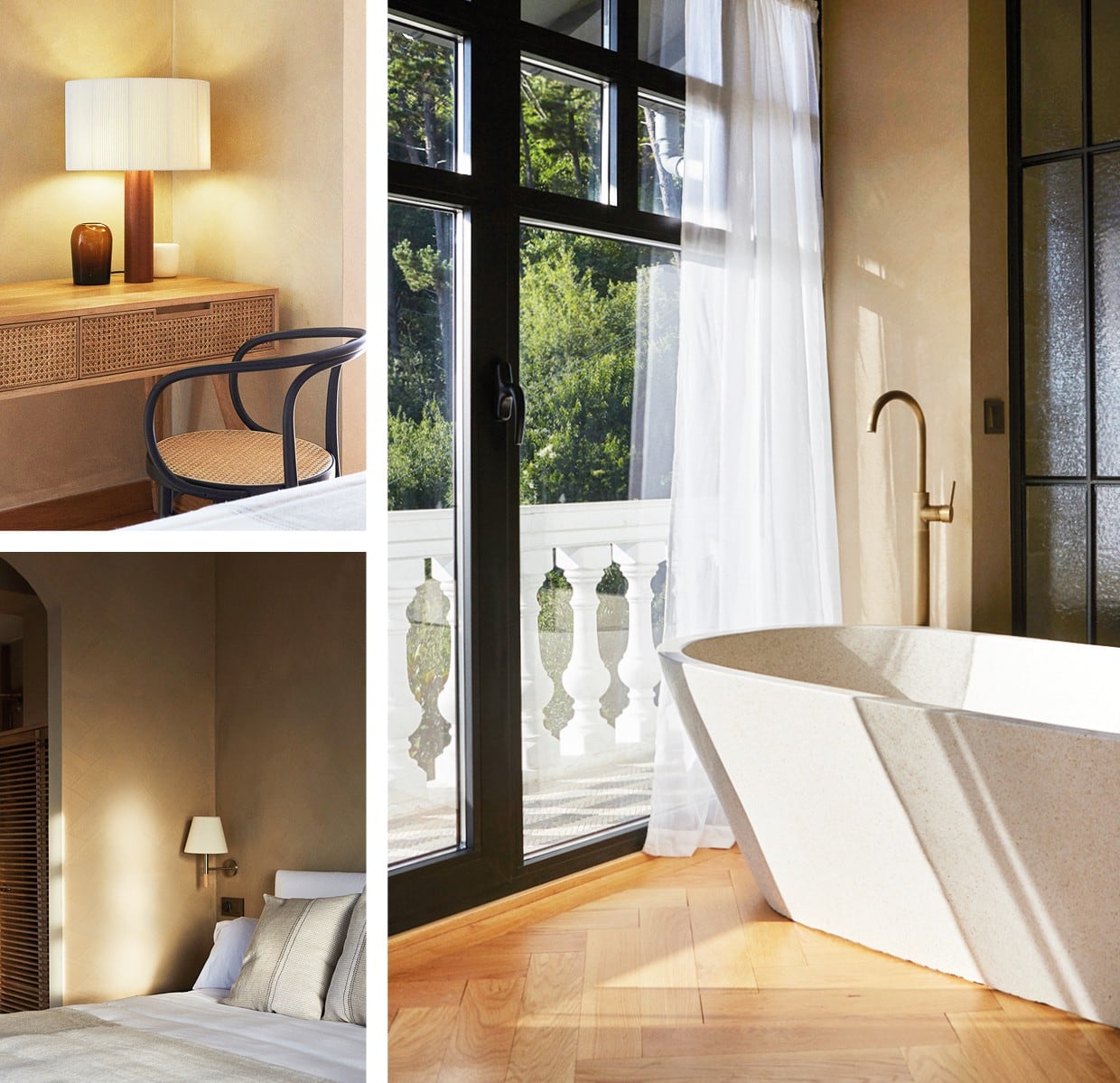 Light is also an important aspect of the renovated residence. The impressive play of light from the setting sun is emphasised by the soft orange colour of the interior and the round reflecting art object 'Big Round' by Sabine Marcelis and Brit Van Nerven. Openhouse Studio chose it for ‘its magical interplay of light, even when the sun’s rays have not yet quite reached it,’ according to the interior designers. This Spanish boutique hotel makes us dream about the time of year when the sun is a bigger part of our daily lives again. 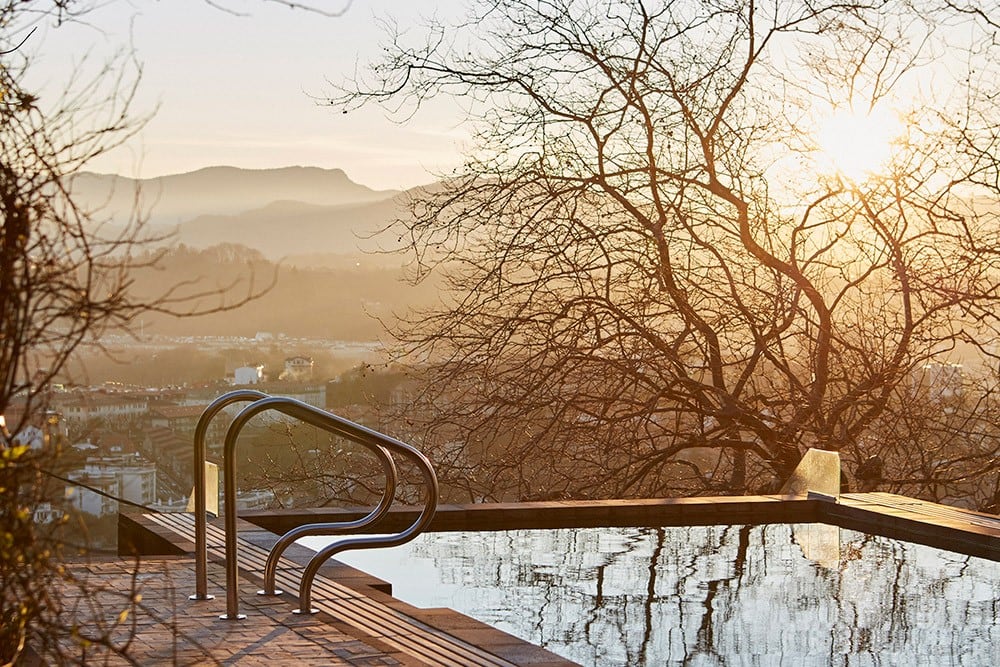 From Monochrome to multi-coloured