Designer Linda Hutchins creates stunning architectural renders that bring her own ideas to life with impressive and imaginative images. This project called ‘The Quell’ is a call for peace in a region that has been haunted by conflict and suffering for decades.

That is also the overall message Linda Hutchins wanted to convey with her design. Consisting of some three hundred square metres with four semi-enclosed volumes and an outdoor space in the middle, it has the form of a broken circle, but is conceived as a unit. The openings between the volumes represent the cracks in society and in people's hearts caused by these terrible conflicts. ‘These scars are built into the architecture as a reminder of the consequences of past and ongoing hostility,’ says the designer. The unity of the volumes and the creation of a single whole speaks of hope and healing. The Quell has a simple structure that offers a variety of spaces. It is a place to relax, to reflect, but also a place to meet other people and be enlightened by exhibitions and seminars. 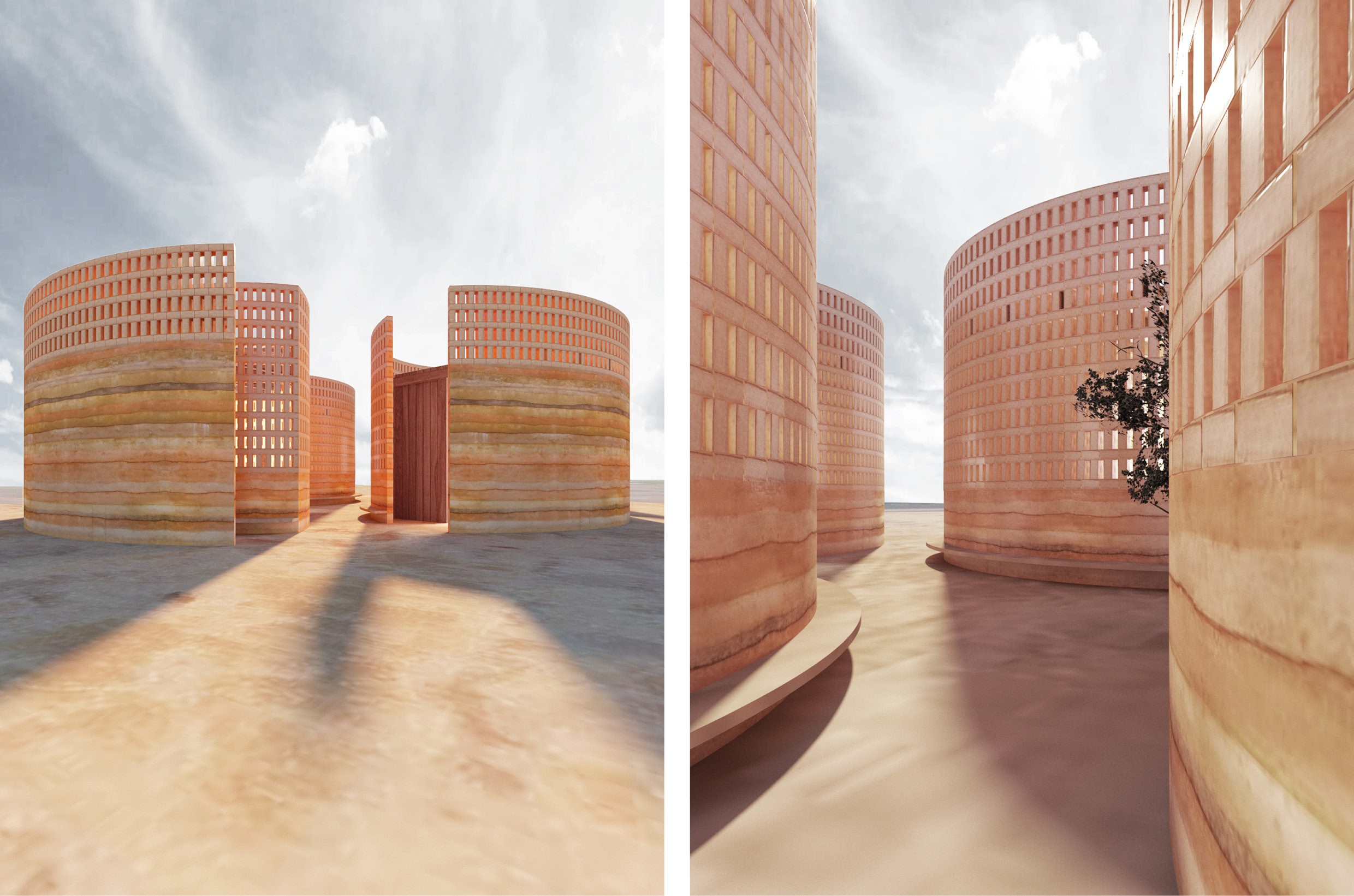 The two larger volumes of the building are intended for exhibitions and the smaller ones for meetings and lectures/seminars. One of them has a storage/study area, but the shape and size of the two are identical. The two smaller volumes are also identical but offer two very different scenarios for contemplation. One has two entrances, which provide open and wide access. The second volume is only accessible from the inside through a narrow passageway, emphasising its intimate and personal space. The space in between is an organically shaped square where people can sit, meet or perhaps experience temporary outdoor exhibitions. 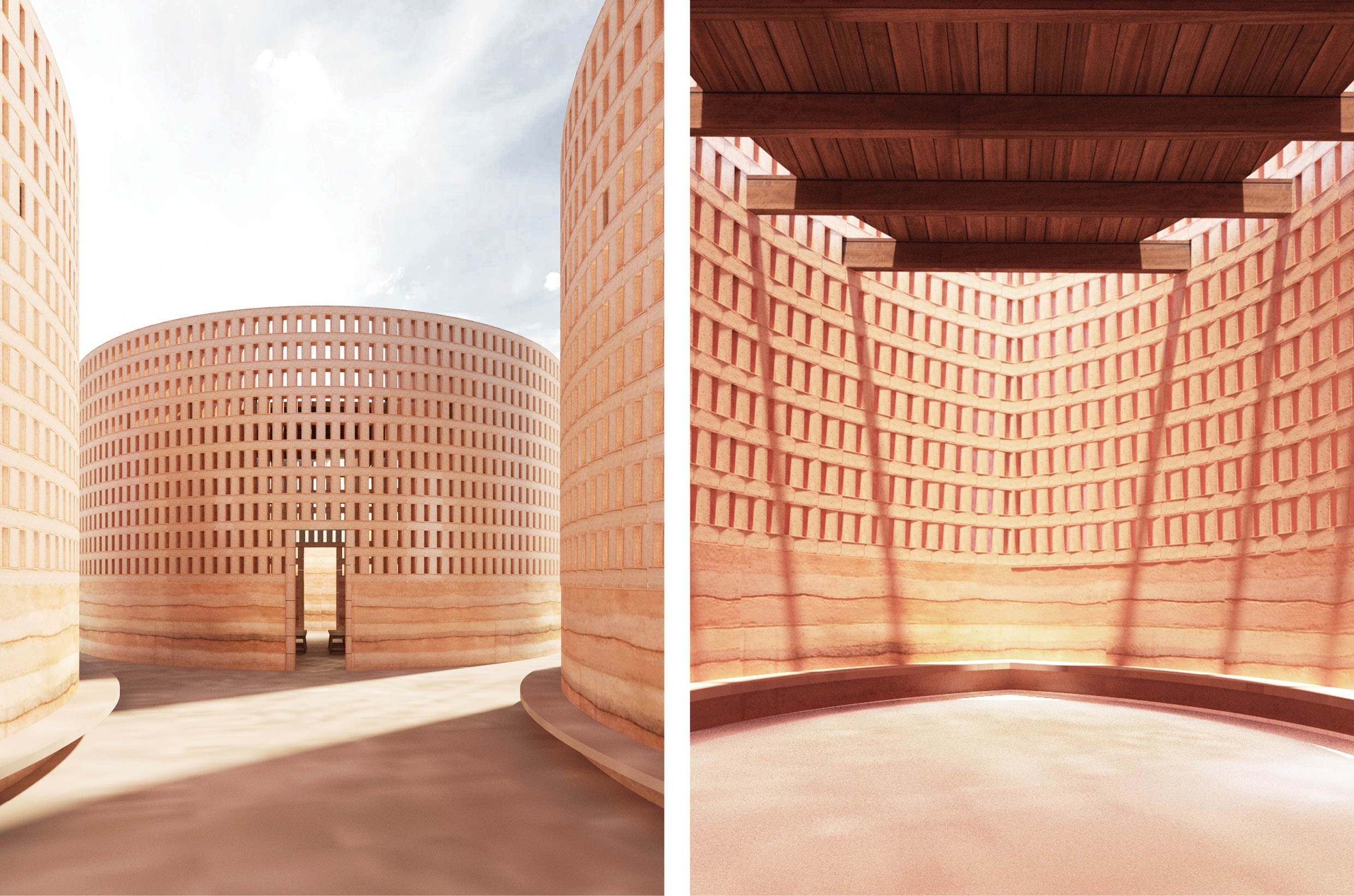 Linda Hutchins opted for natural colours and textural variation in the use of materials to create a raw but warm and welcoming feel. The base of all curved walls is made of rammed earth, a compressed mixture of appropriate proportions of local earth, laterite, clay, sand and a stabiliser. The walls are reinforced with steel reinforcement or wood and stand on conventional foundations. On top of each foundation are brick walls that let wind and light through the structure. All outer walls are the same size, as are the inner walls. This means that there are two moulds that can be used repeatedly. The material is compressed and gradually builds up to the top of the mould. The curved walls are connected and stabilised with wooden or steel beams that also carry the wooden roofs of the four volumes. The roofs are offset from the walls, creating a point of light around the perimeter of each closed space. The floor of compressed earth is bevelled in a pattern that allows water to drain off within a decorative element. What Linda Hutchins has shown in such a short time is very promising for the future. We will keep an eye on her and her work and look forward to more stunning designs.

Do you want to know more about The Quell? Read the full article in Imagicasa Summer 2022.