What if an interior designer becomes his own client? Bertram Beerbaum describes himself as 'the most difficult client he has ever had', but the renovation of his own house ultimately resulted in a very interesting interaction between client and executor, with himself as designer and captain. This special cooperation with his own team of (interior) architects Kabaz produced an impressive result.

The Dutch designer Bertram Beerbaum rolled into the profession by chance and ended up at Kabaz as a student, where he is now the general manager. The company works with enthusiastic specialists who not only create, but also direct and execute. The exceptional buildings that Kabaz creates always offer a total experience where all the senses are stimulated. The designer gets a lot of satisfaction out of the creative process, whereby his designs often balance on the edge. They are surprising designs with ingredients that are provided by the people themselves. Thinking without limits, he achieves his desired balance through contrasts. In this way, he creates designs that are both exciting and relaxing. 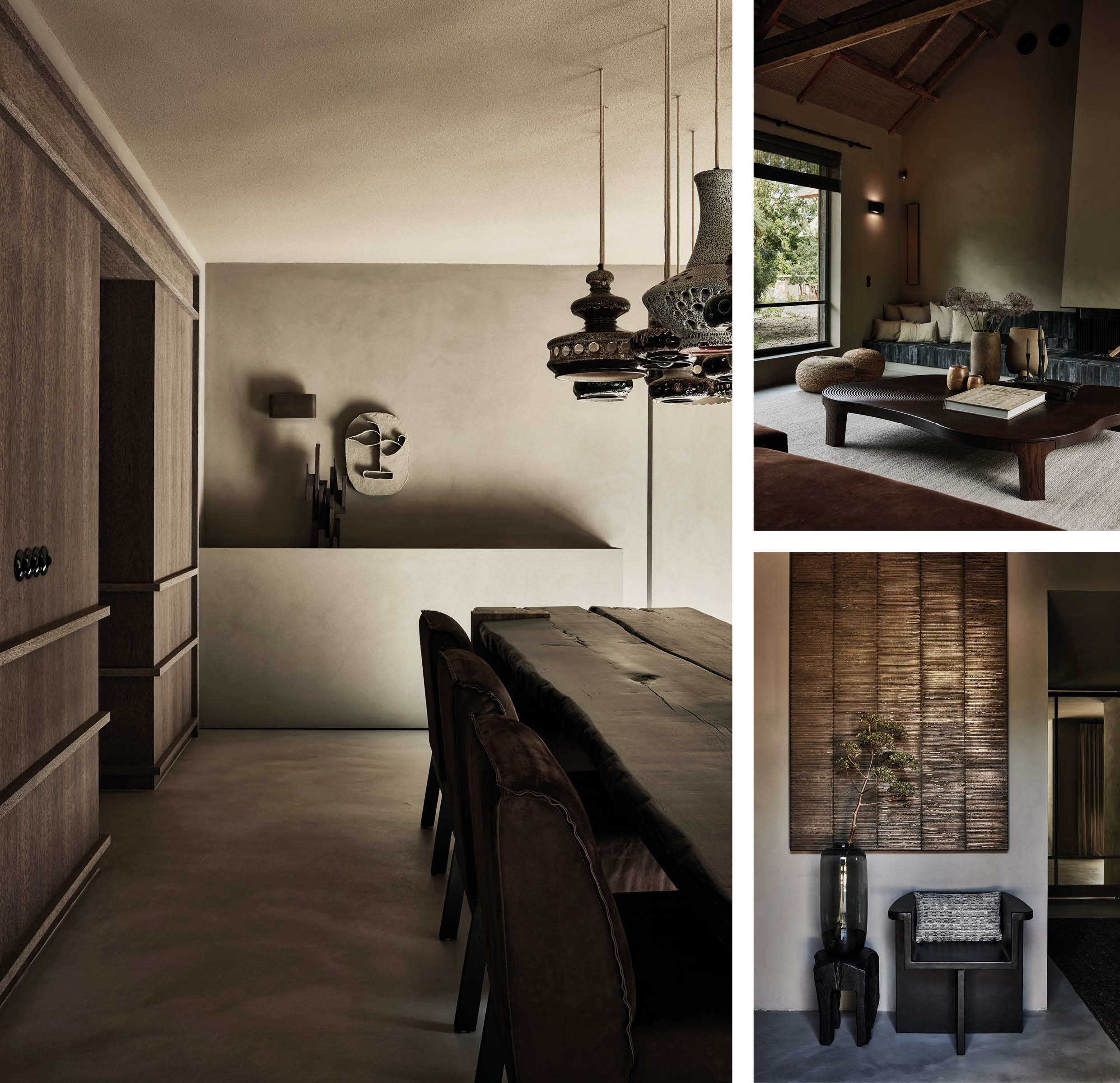 It was a godsend for the designer to find a spacious plot with a bungalow in a forest on the outskirts of Laren, in the north of the Netherlands. It is a comfortable and pleasant place to 'be', you can feel that as soon as you drive into the estate. ‘It is surely no coincidence that only three families have lived here before me. I knew that I wanted to make the 1956 house substantially bigger and that I would therefore have to expand considerably. For a very short time, I considered demolishing the existing house and erecting a completely new one, but in my opinion, the history of an existing house can be a beautiful starting point. It took a lot of creativity to create the desired number of square metres within the lines of the zoning plan, but fortunately I have experienced and creative architects at my disposal,’ we hear. Huge glass walls on the garden side draw the outside in. The surrounding nature comes right up to the windows, offering a view of a breathtaking nature painting. 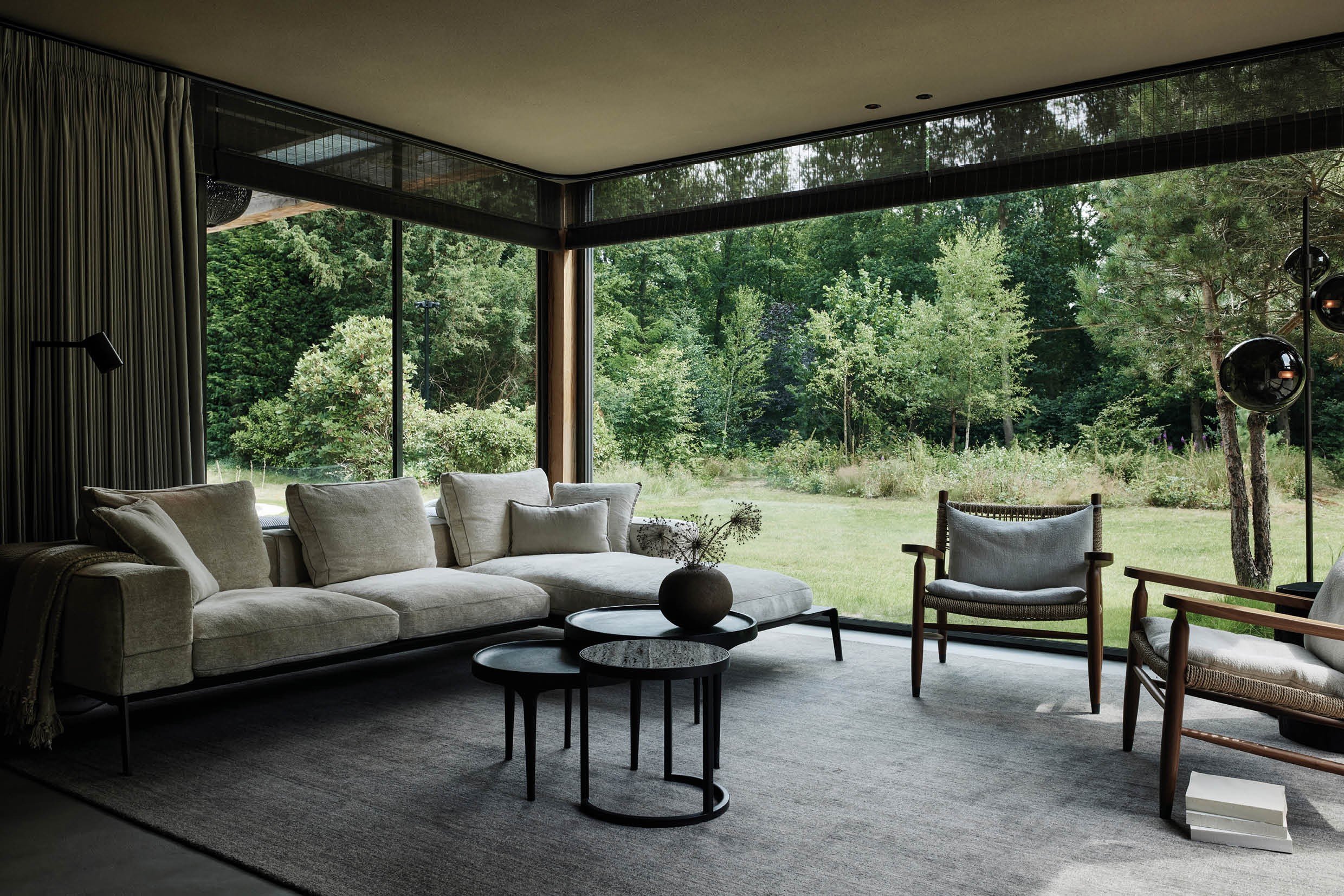 The complicated thing about renovating this existing house is that it originally had a certain logic. ‘I find it funny to be able to tell that the fireplace is still in the same spot, but that there used to be a bath where the kitchen unit is now,’ he smiles. These contradictory pieces turn out to be a typical Kabaz home. In the interior, he wanted to create a certain modesty in terms of atmosphere and appearance. Beautiful, luxurious materials have been used to achieve that result. The switchgear, for example, is modern, but based on the Bakelite switches from when this house was built. ‘Everything in my house contributes to the feeling of well-being and that is what I try to evoke in all my projects. I chose hard floors, but it didn't have to become a chilly sound box, so I opted for an acoustic ceiling. I had sisal laid on the ceiling, for example. The man who came to do it wondered if I had gone crazy, but I am incredibly happy with how it turned out, especially in combination with the wooden beams that remained visible. And the acoustics are great,’ Beerbaum tells us. 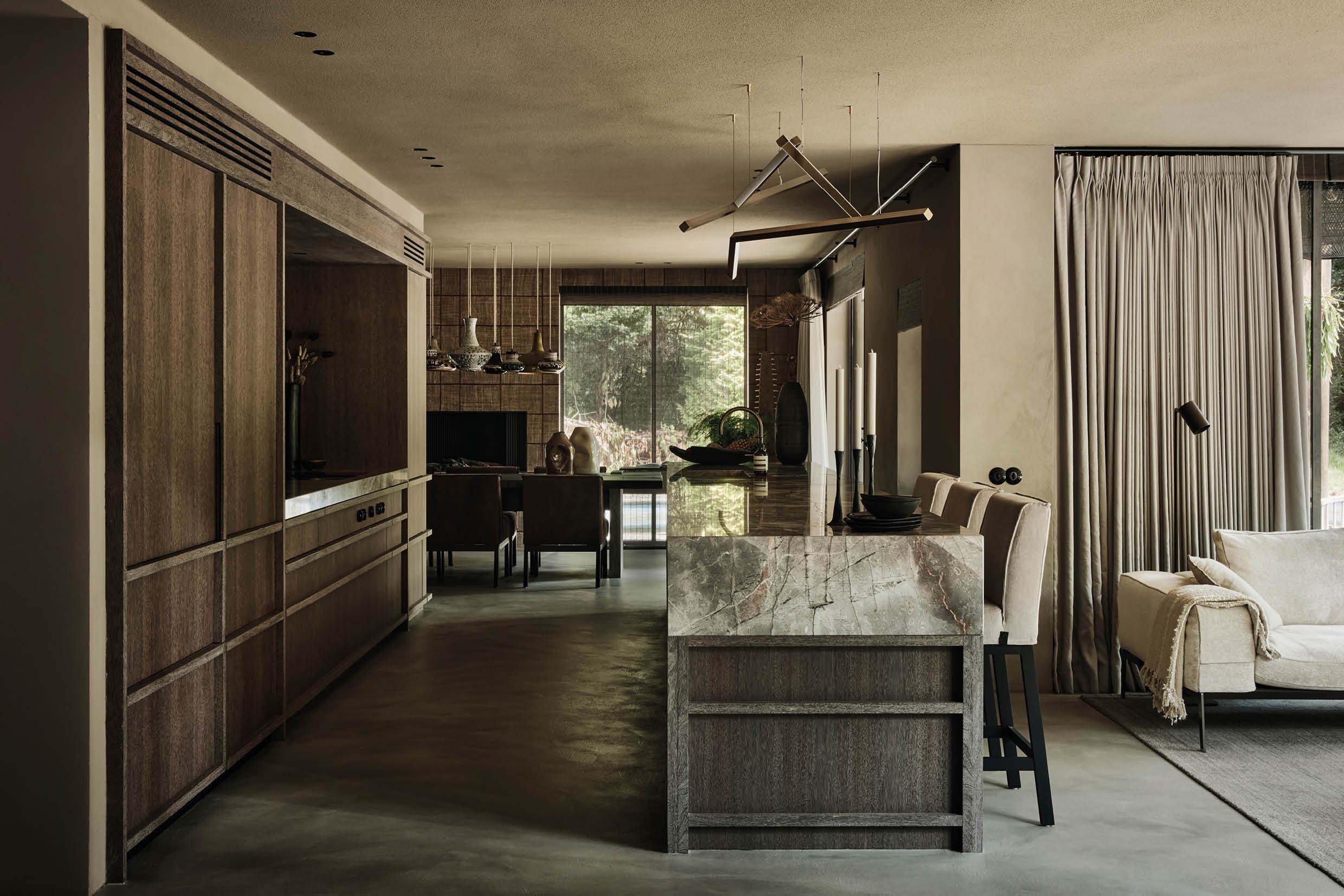 The client plays an important role for him in the process of designing and building. However, he believes that designers are entitled to a certain degree of obstinacy on their part as designers. He wants to challenge clients to think differently and to take a broader view. According to Beerbaum, successful designers should be three things: creative, technical and commercial. ‘If you have two of these qualities and you add passion, you are guaranteed success. Knowledge is key, passion pulls the switch,’ he concludes. 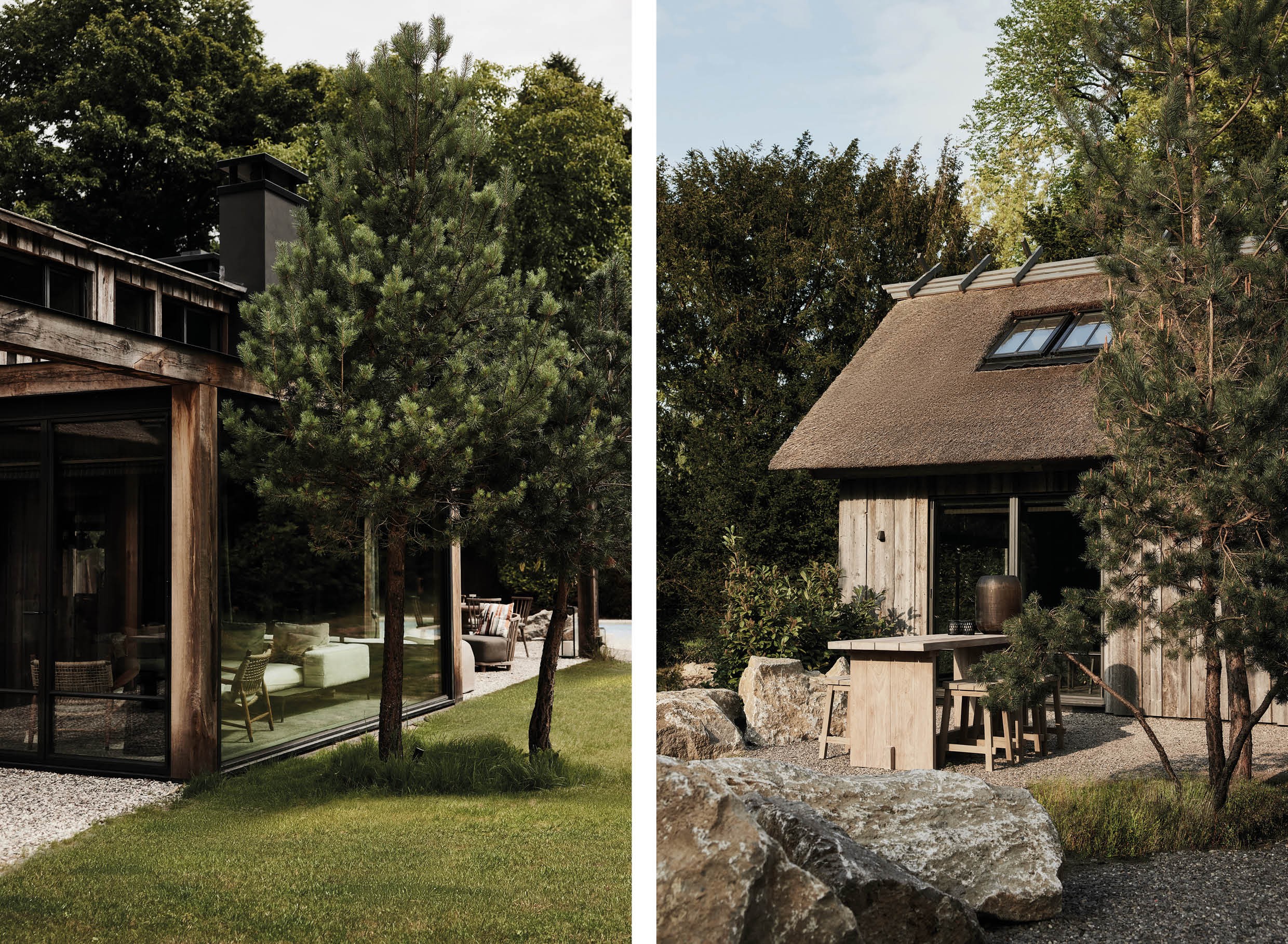 Do you want to know more about Bertram Beerbaum? Read the full article in Imagicasa Autumn 2022.

The elegance of cactuses