Olivier Dwek: the art of architecture

We celebrate the twentieth anniversary of Olivier Dwek's studio by once again highlighting a wonderful project by the architect. This residence in Brussels is an architectural palimpsest with an extremely fascinating layering.

This year, not only the architect himself will be allowed to blow out candles to celebrate an respectable round number, but his architectural office also deserves to be honoured. In the year 2000, Olivier Dwek (°1970) founded his studio of the same name. In the space of twenty years, he has already realised numerous prestigious projects at home and abroad. "He shapes interiors that have the aura of a museum," we read on his website and we couldn't describe it better ourselves. For although according to the architect the projects must always cultivate a spirit of conviviality, comfort and ergonomic innovation, the museum aspect is never far away. A timeless and extremely fascinating result. That's what you can expect from Olivier Dwek. We bring here with pleasure a recent project, called Residence Les Mélèzes, which will undoubtedly captivate you and bring you a sense of calmth as much as a visit to a museum. 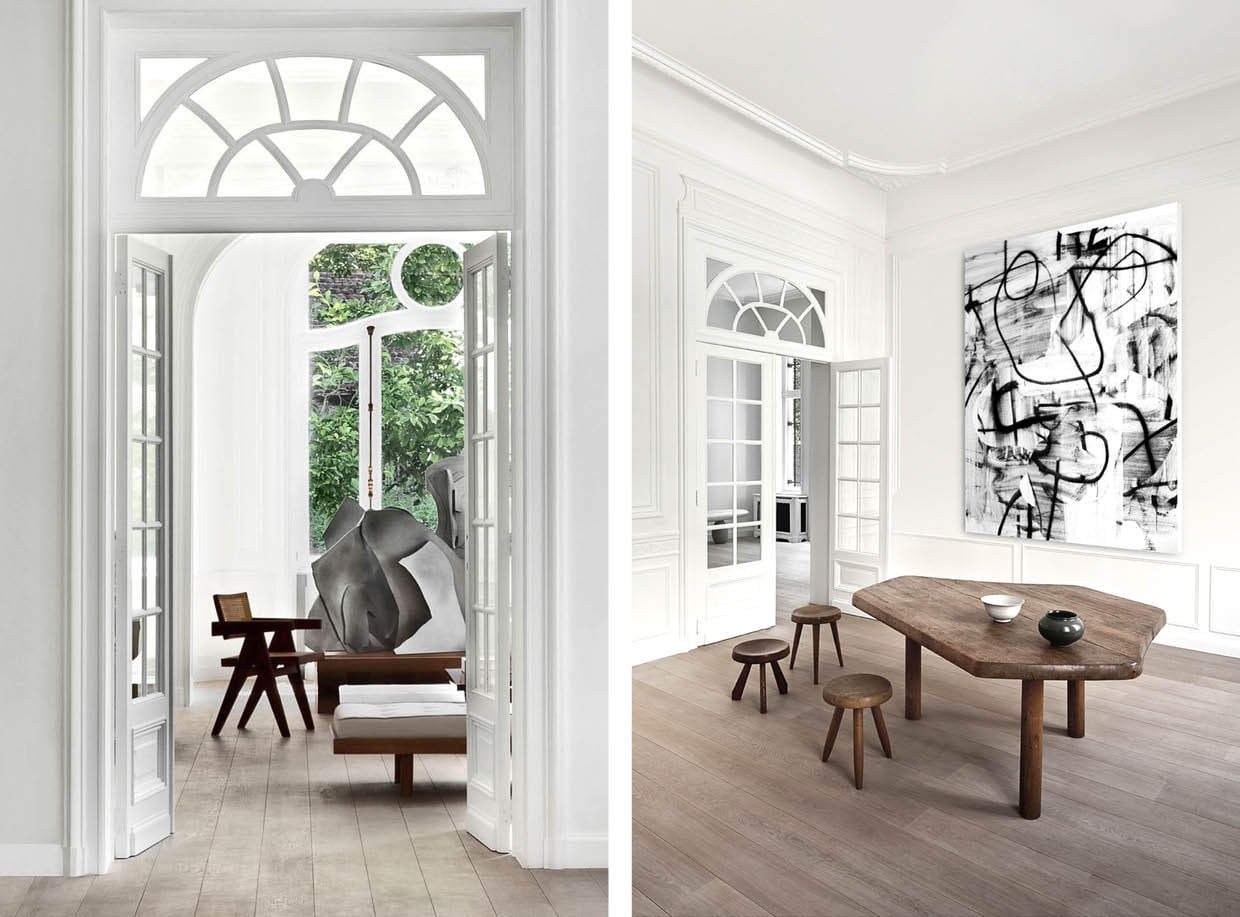 Residence Les Mélèzes will undoubtedly captivate you and bring you a sense of calmth as much as a visit to a museum.

"When I discover a work of art, I am generally interested by its deeper levels of interpretation," says Olivier Dwek. This interest also manifests itself in his work, because in architecture he also likes to look for the different layers of meaning, for the superposition of different historical periods. That's why this building in the centre of Brussels appealed to him so much. The building was built at the beginning of the 20th century with a facade in French limestone and designed by the architects François Kielbaey and J. L'Anvre. There are many characteristic elements of the house that are still very popular with a contemporary audience, but given its age, a more thorough renovation of the interior was an obvious necessity to make it serve as a family home again. 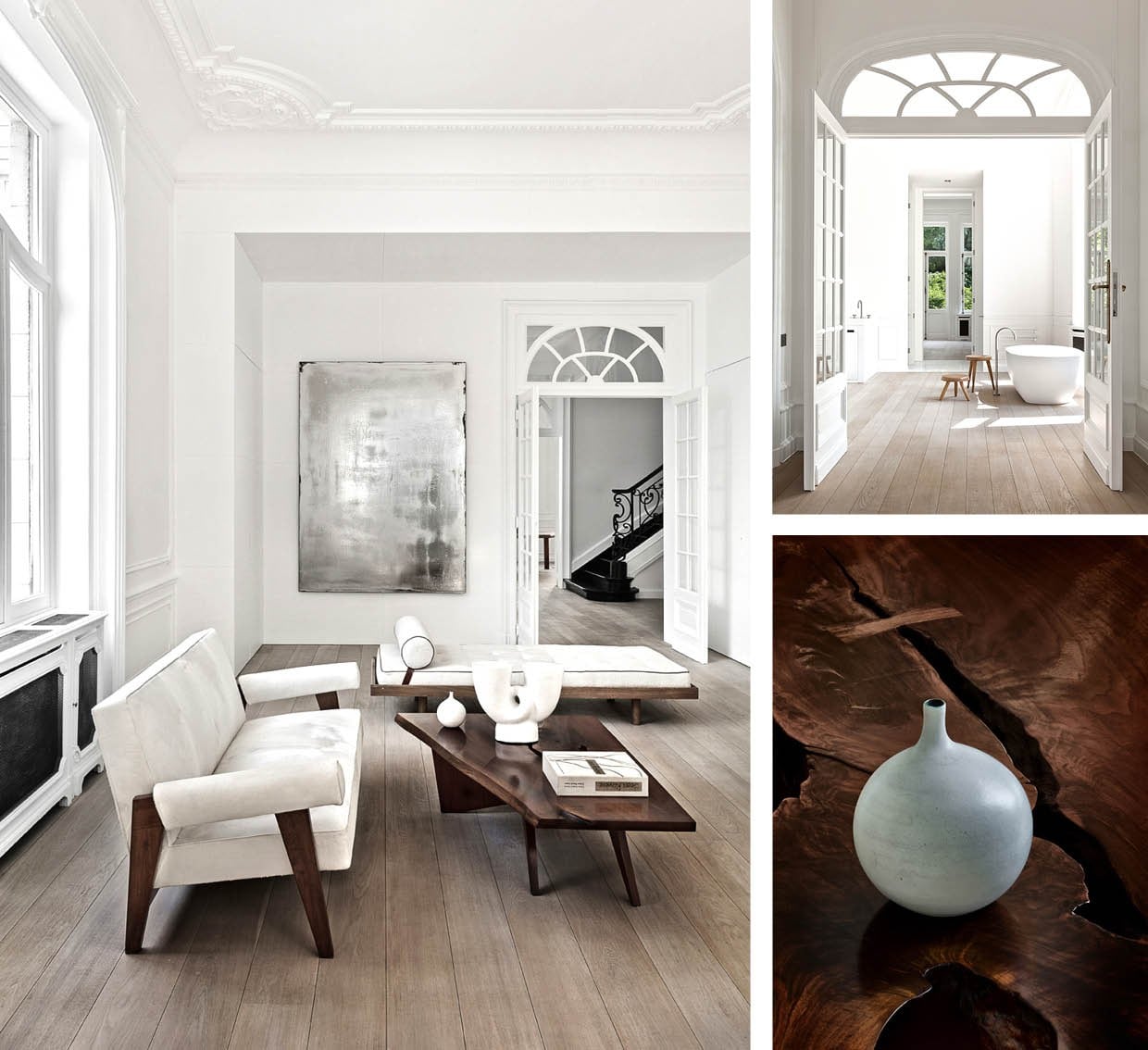 For the project, Olivier Dwek was inspired by the earlier stories written here. As a palimpsest – historically a piece of parchment that is washed off and reused – he set to work with the residence to write a new chapter. He imposes new layers on an already existing one, thus ultimately allowing three different time periods to enter into a dialogue. They complement each other without erasing their history, creating a fascinating stratification, just like a work of art that can have different meanings depending on how or when you look at it.

You can read the full article on Residence Les Mélèzes in the special Belgian edition of Imagicasa Magazine which was published in March 2020. You can still order this issue through our webshop. 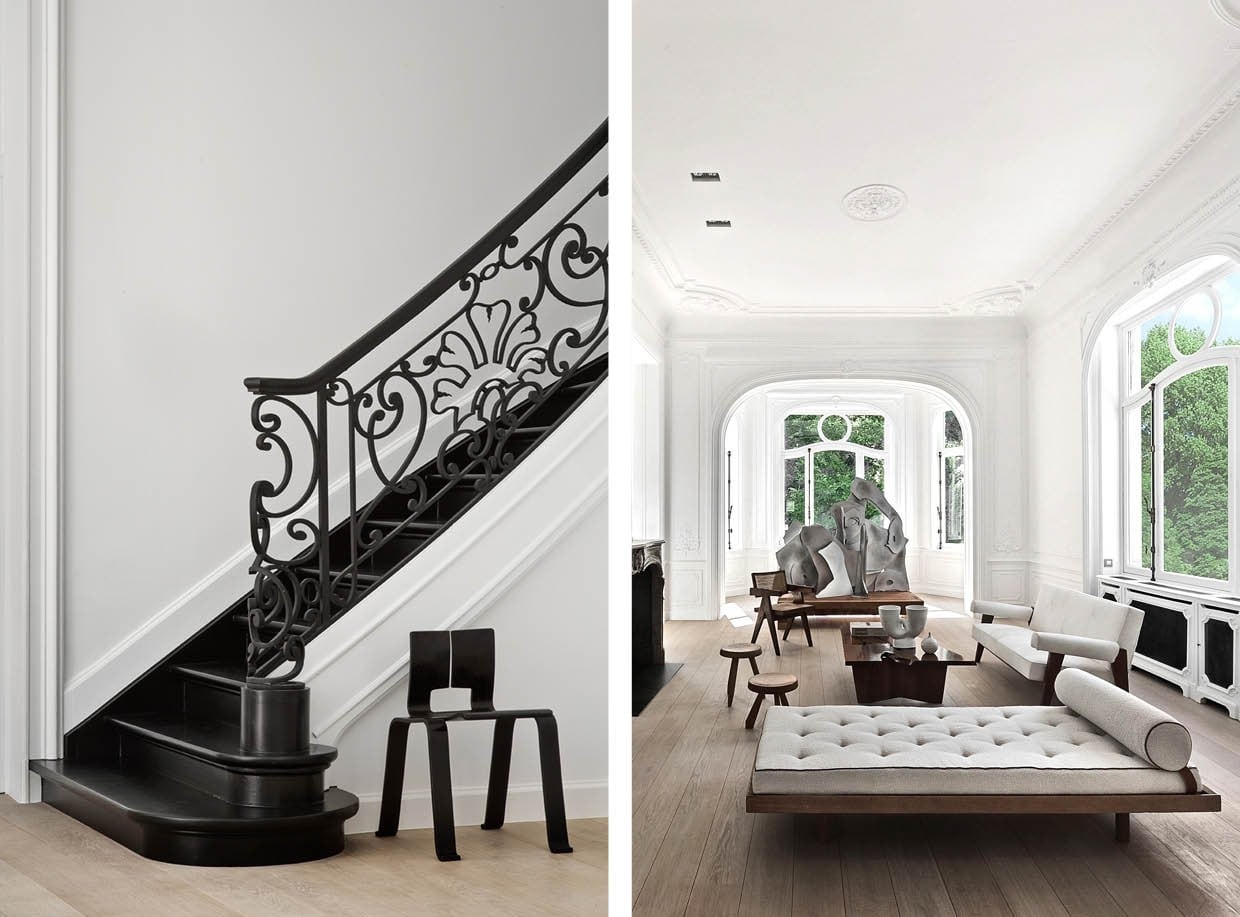 House Bras blends into its surroundings