Italian architect Leonardo Marchesi's fondness for monumental designs is demonstrated by one of his previous projects House in Colares, in Portugal. Now, we take you to Egypt to admire his latest realisation House in Abydos, a pyramid-shaped concrete house that takes its inspiration from ancient Egypt. 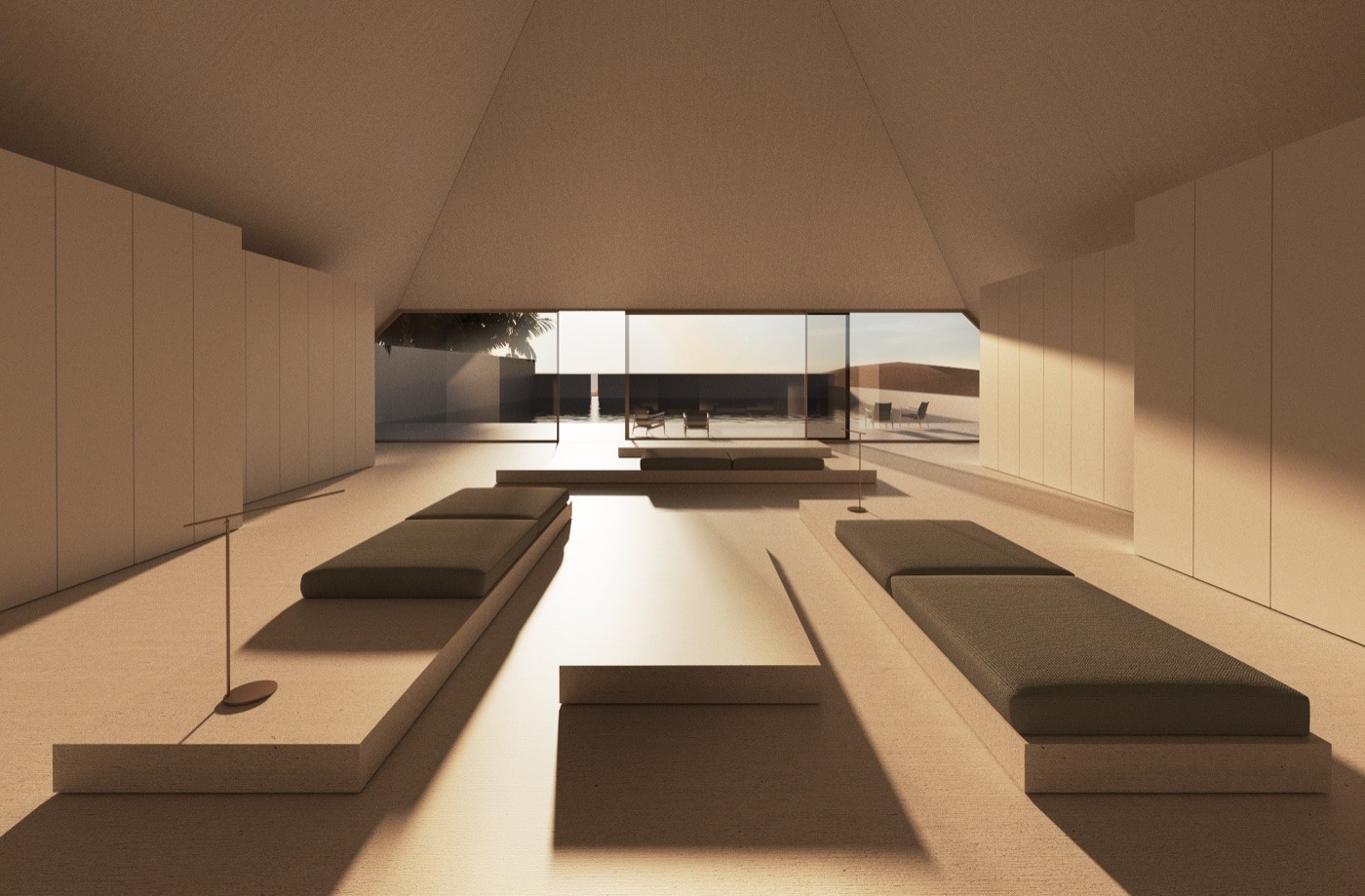 This project combines the best of the two types of houses in a pyramid-shaped concrete house, located east of the Egyptian city of Abydos. The architecture is dedicated to the daily cycle of the sun, by orienting the only window in the house towards the west. This is where the end of the day is celebrated, as well as the beginning of the deceased's journey to heaven.

The architecture is dedicated to the daily cycle of the sun. 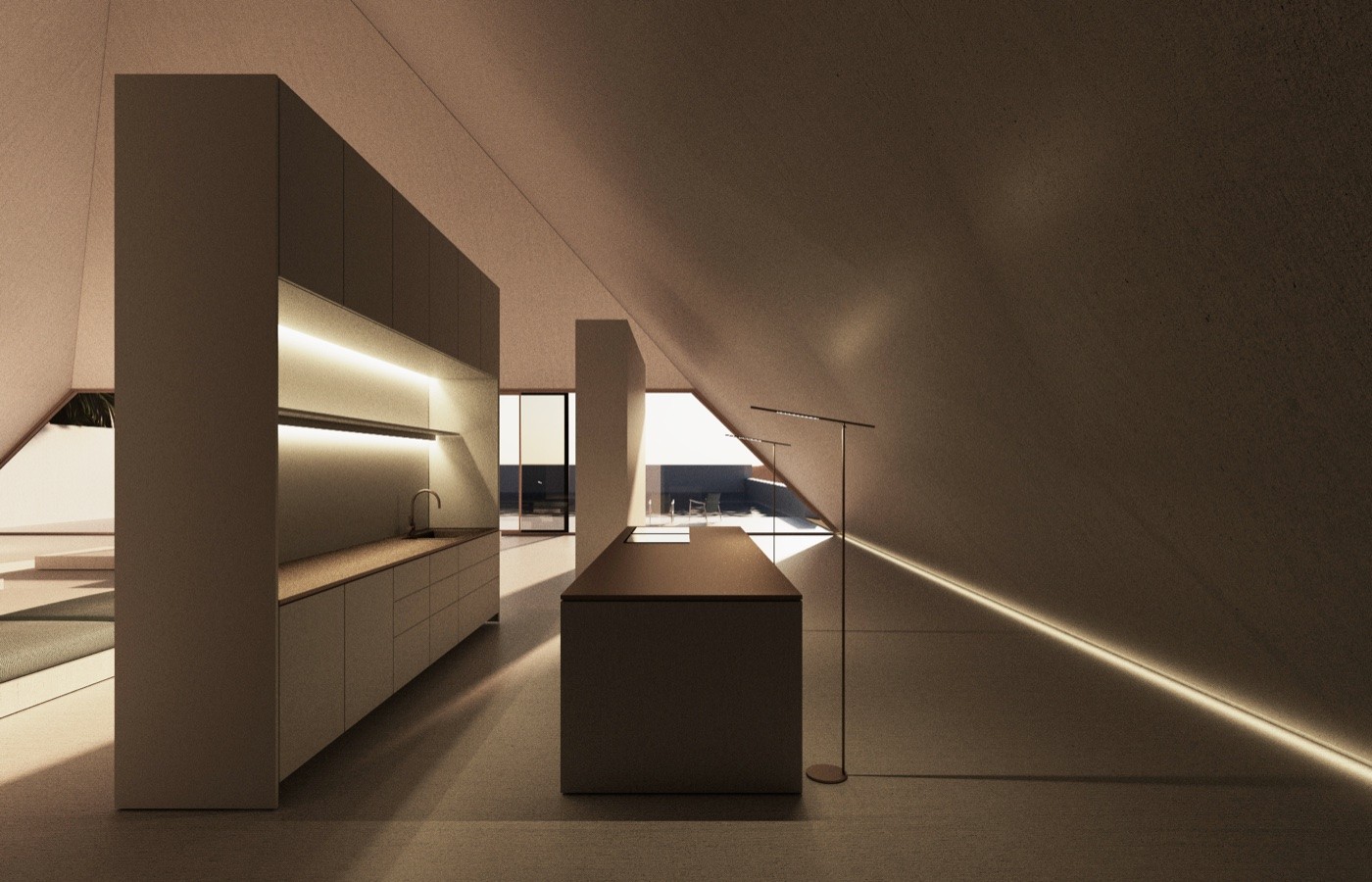 The whole house consists of one large open space. The volumes within this pyramid take on the proportions of stone monoliths, containing the kitchen, storage rooms and a bathroom. The studio opted for pigmented beige concrete with a rough finish for both the interior and exterior. The furniture can be moved around and is finished with dark blue linen cushions. In order to separate the sleeping area from the rest of the space, the beds are located behind three-metre high wardrobes. The wardrobes are located right next to the beds, to keep the middle space as large as possible, but still allow for sufficient circulation around the beds. The bathroom and kitchen volumes were also created in this way.

The window side unites two bronze windows and an integrated bronze sliding door that looks out onto the outdoor area with swimming pool. The outdoor area is separated from the house by a cut, which at the same time forms the veranda of the house. The pool has the same shape and dimensions as the house, but in reverse, to form a positive/negative dialogue. The volume of water is thereby the same as the volume of the interior space. A concrete fence, flanked by palm trees, encloses the pool and creates the necessary shade. A small opening in the fence allows you to admire the sunset at the summer solstice, or the longest day of the year. 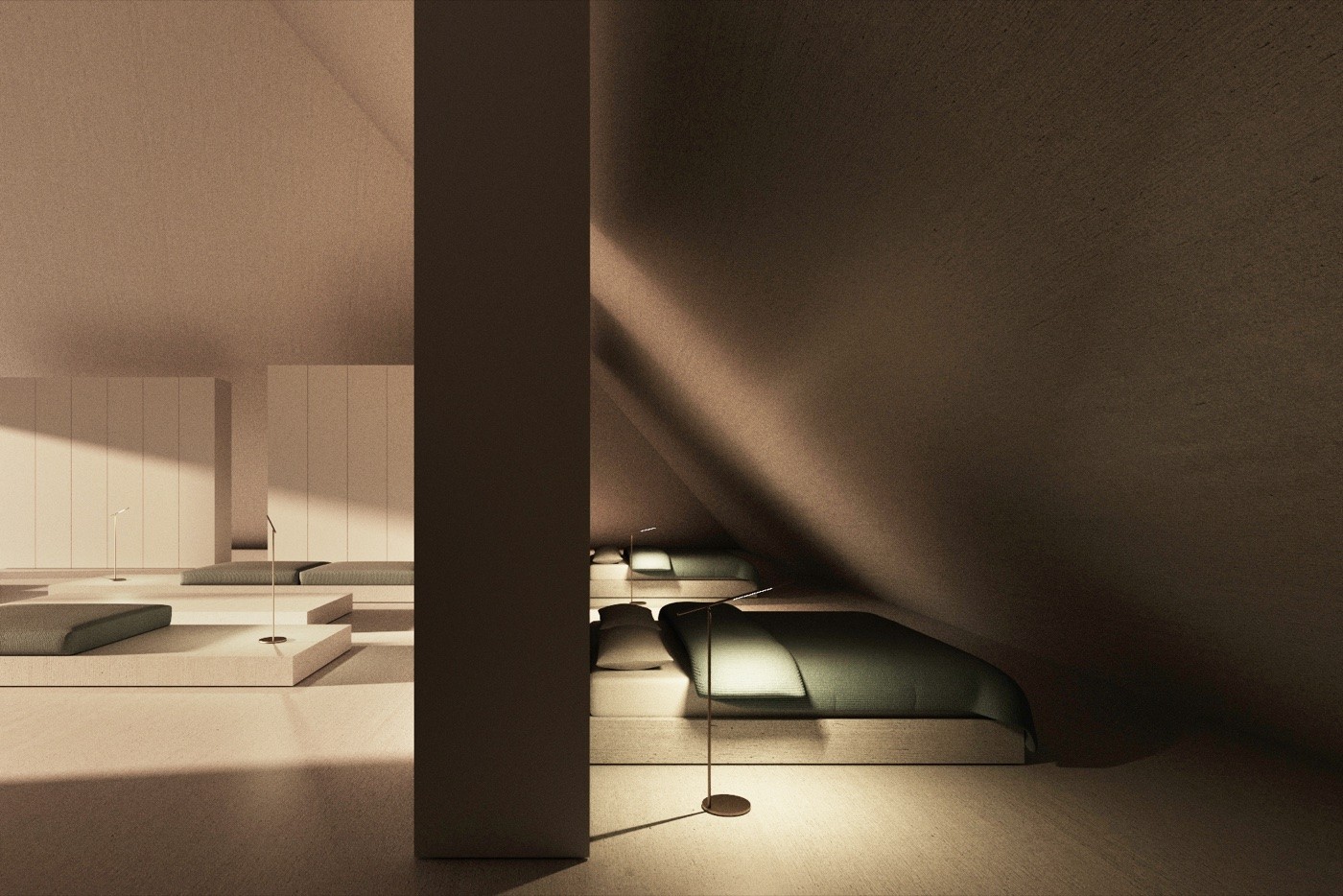 Designer Leonardo Marchesi created an architecture for the house near Abydos that is meant to be permanent. In this way, the house serves as a mechanism for immortality.