Leonardo Marchesi visualised a striking home, called House in Colares, on the Portuguese cliffs in Parque Natural de Sintra-Cascais. The structure's light colour and monumental design stands out against the wild, natural surroundings. 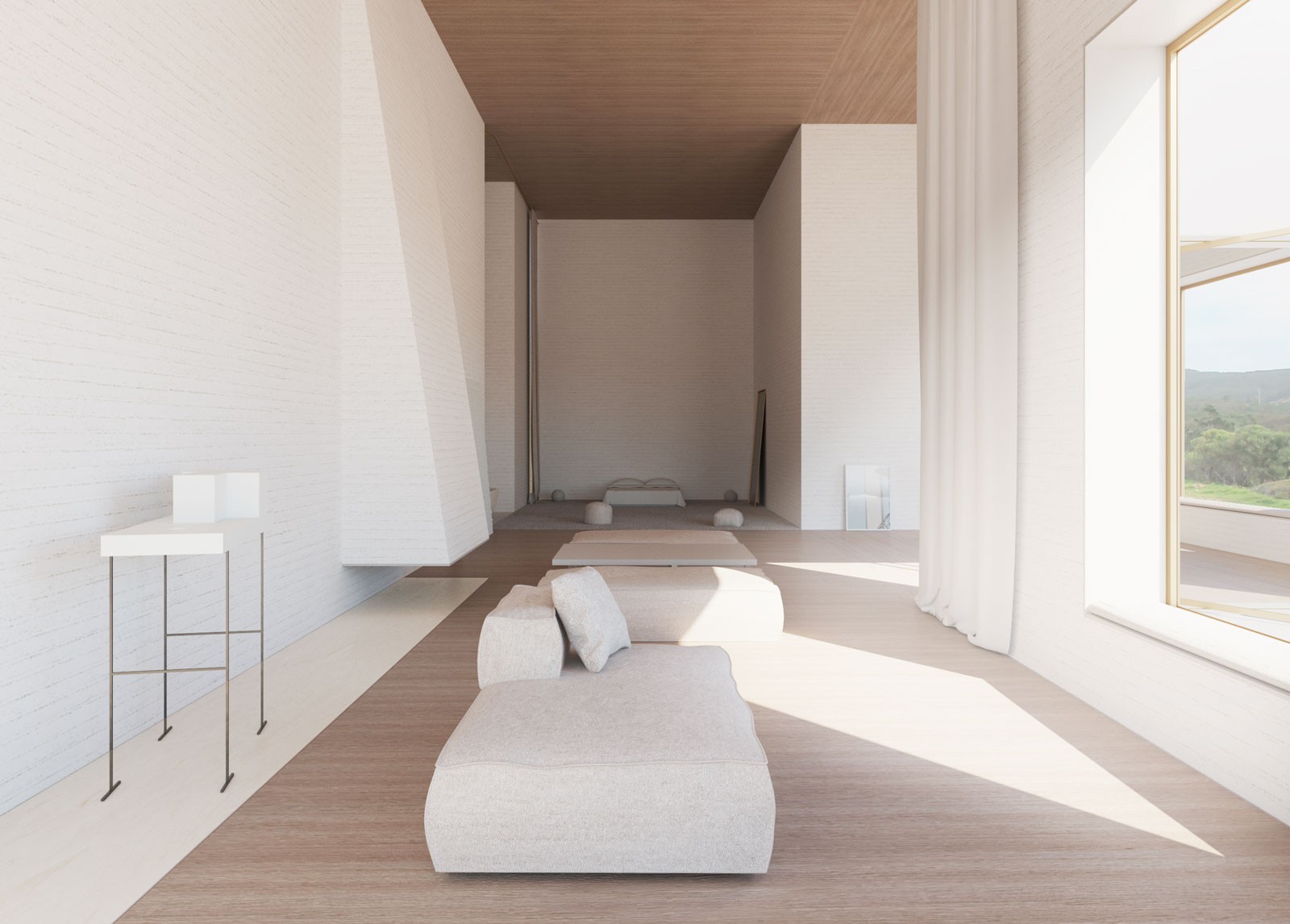 The Italian architect, based in Portugal, drew inspiration from the topography of Parque Natural de Sintra-Cascais and Romanesque religious architecture. House in Colares is located between the famous Cabo da Roca lighthouse and Santuário da Peninha. The challenge Marchesi set for himself was to design a house that could match the monumentality of the beautiful surroundings without overpowering them. To achieve this, he chose a layout similar to a Romanesque chapel, with a nave and an asymmetrical transept. The platform that rises from the ground also adds to the transcendental appearance.

There is no kitchen, electricity or heating. 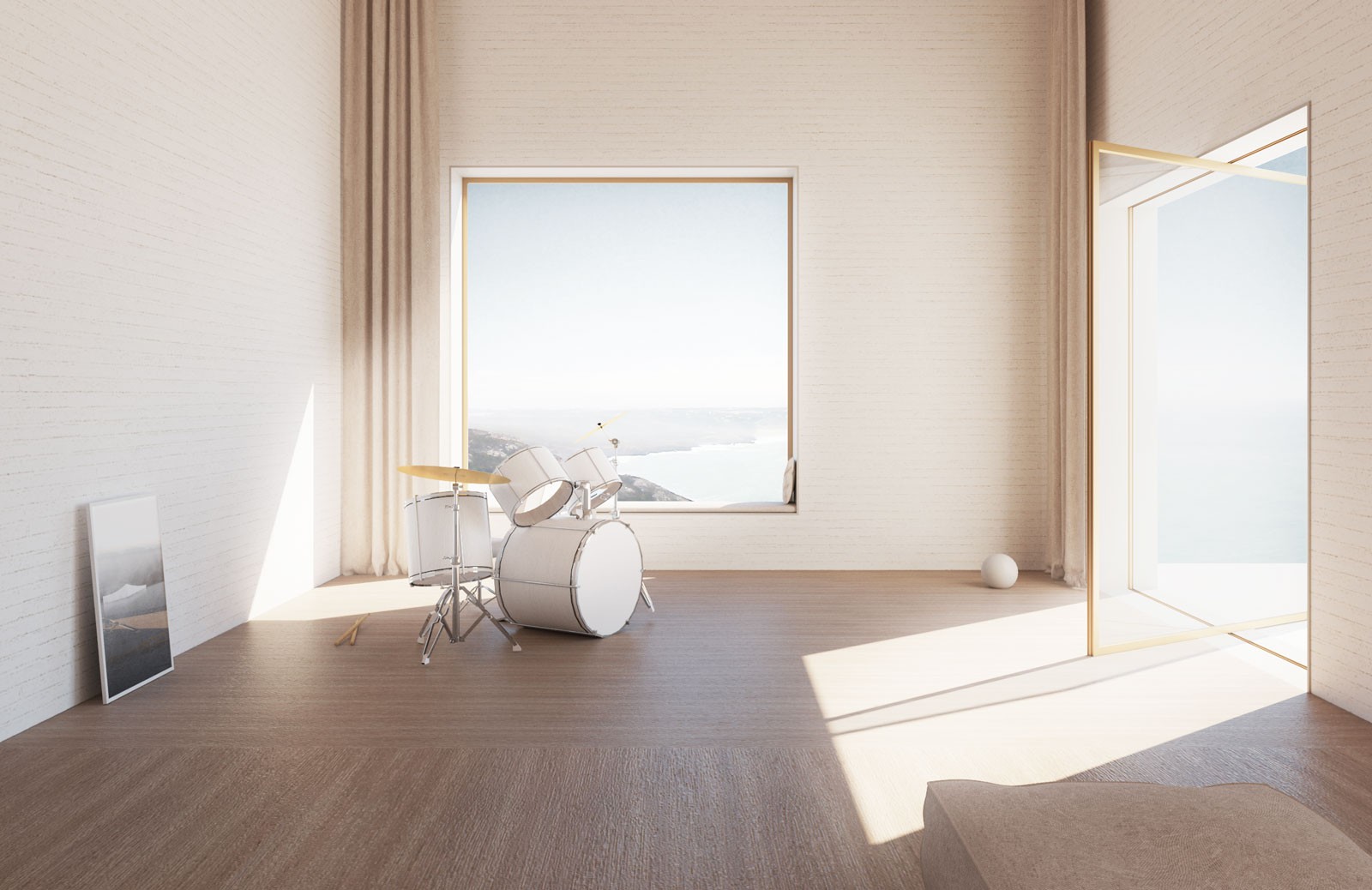 The floor plan is shaped like an asymmetrical cross with a West-East orientation. The central living room with a fireplace and the sleeping quarters are located in the six-and-a-half-metre high nave. The transept consists of an open bathroom on the North side and a relaxation area on the South side with huge windows framing the view of the Atlantic Ocean. There is no kitchen, electricity or heating. Marchesi explains this interesting design choice: ‘The house is meant to be experienced for short living periods so there is no need for a kitchen, as the area is surrounded by high-quality restaurants.’ He also wants to encourage the use of the fireplace and candles by omitting electricity. 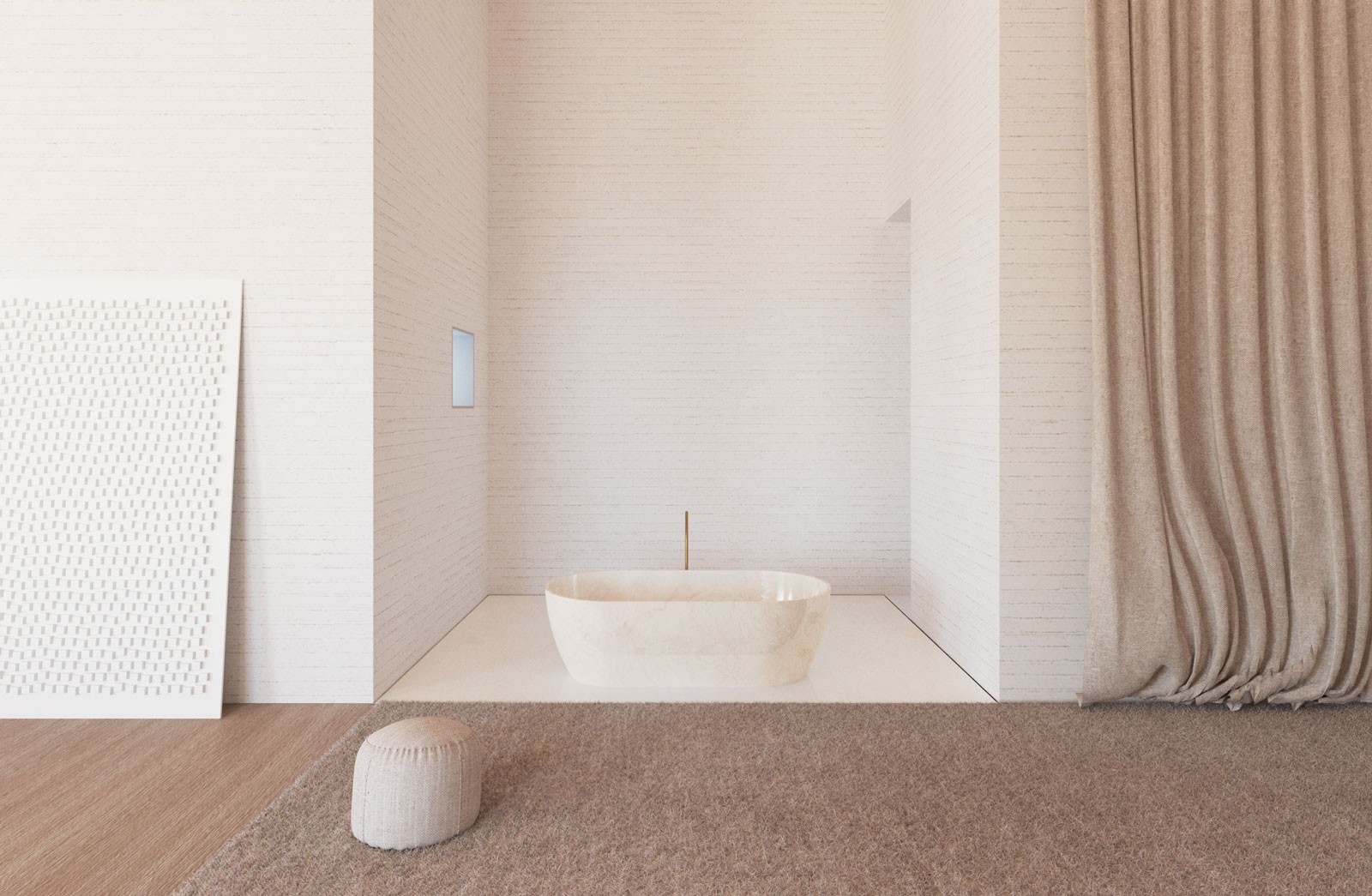 Good acoustic insulation is a final important element in House in Colares. Marchesi opted for a double brick wall covered with concrete. This provides a good acoustic and thermal insulating building envelope. It creates a silence comparable to that in a church. With its monumental and at the same time bunker-like architecture, the house is a quiet oasis in the wild landscape of the Portuguese coast.