Modernist villa that brings together past and present

Katonah Residence is a recently renovated house in Katonah (Bedford) in the American state of New York. Designer Alberto Villalobos was inspired, among other things, by the original elements in the house and the period in which it was built.

This house was built in 1939, but got an interesting extension in 1941 by the famous architect Wallace K. Harrison who was also responsible for designing the Rockefeller Center and the Lincoln Center in New York. The modernist expansion fits in with the austere International Style, but also shows Harrison's preference for round, nautically inspired forms. Previous owners has chose a more country-inspired decorating style and interior designer Alberto Villalobos was brought in to transform the rooms into something truly unique. 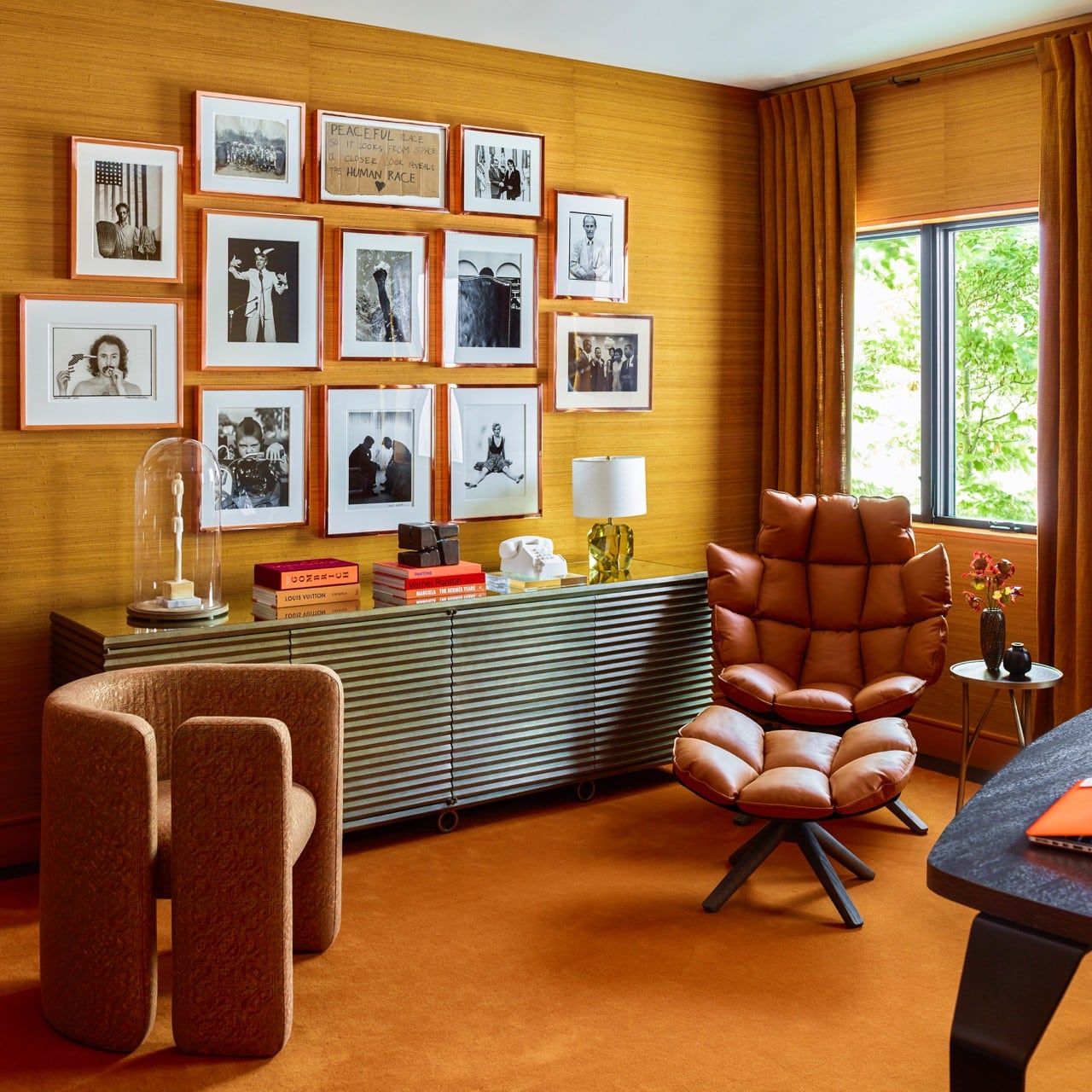 A combination of glamour and relaxed elegance

Together with the architects of Kroeger Intinarelli, Villalobos provided an update that would honour the original mid-century design once again, but would also increase contemporary liveability. The kitchen windows were replaced and enlarged bringing in even more daylight, and a bricked-up windowsill in the living room was repaired to serve as a unique planter. Old photographs also showed a large window at the central staircase, which made the team decide to restore this feature as well. 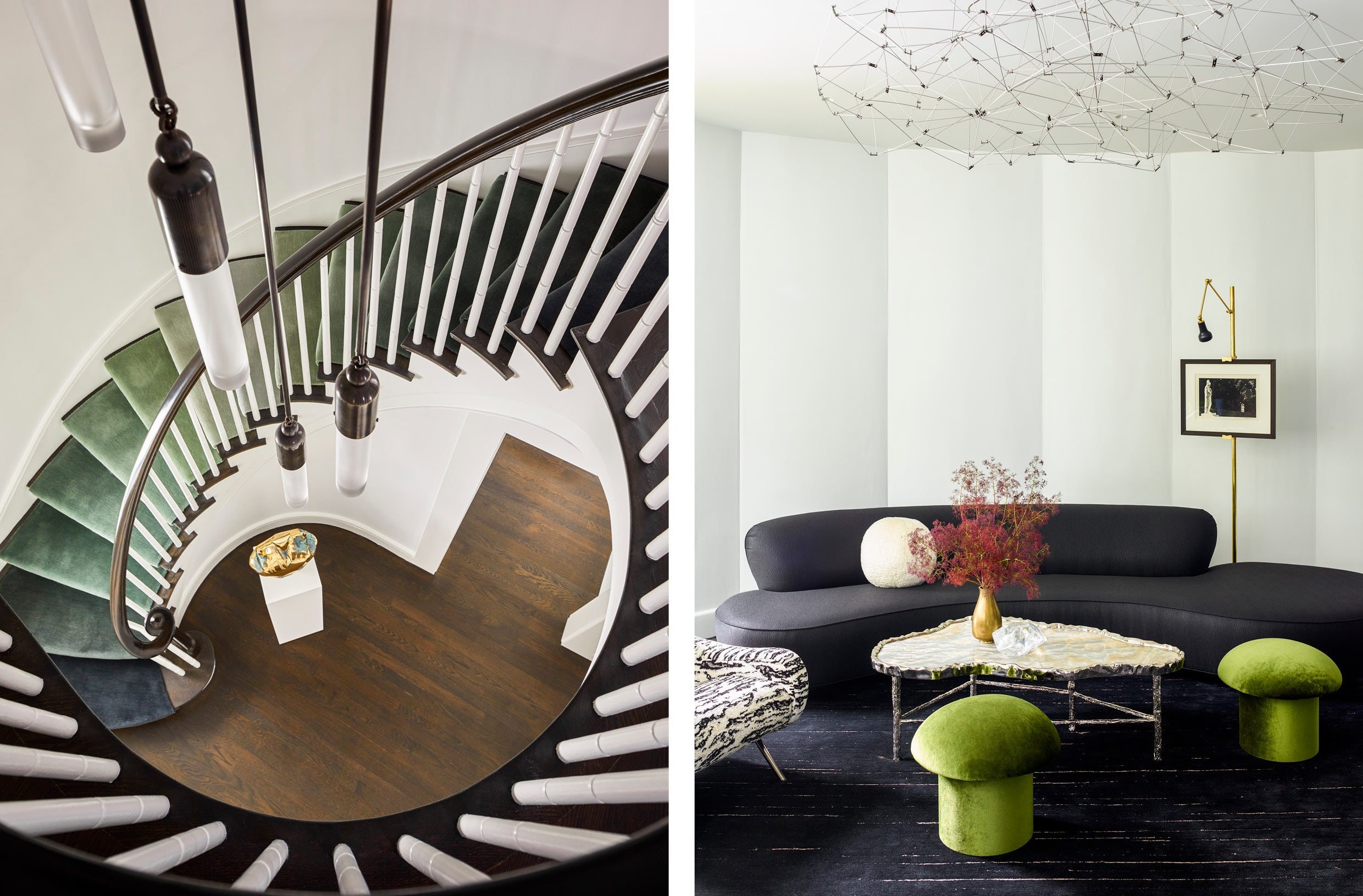 The unique interior design is the result of combining glamour and relaxed elegance. The modern pieces of furniture and decoration catch the eye, yet they don’t create an overcrowded and eclectic whole. "Everything needed to be interesting on its own, because Sara (the owner, ed.) didn’t want things to be overly decorated. She wanted simplicity," Villalobos said. Nice examples of this are the stairwell and the entrance hall which have some eye-catchers, but otherwise breathe light and space. 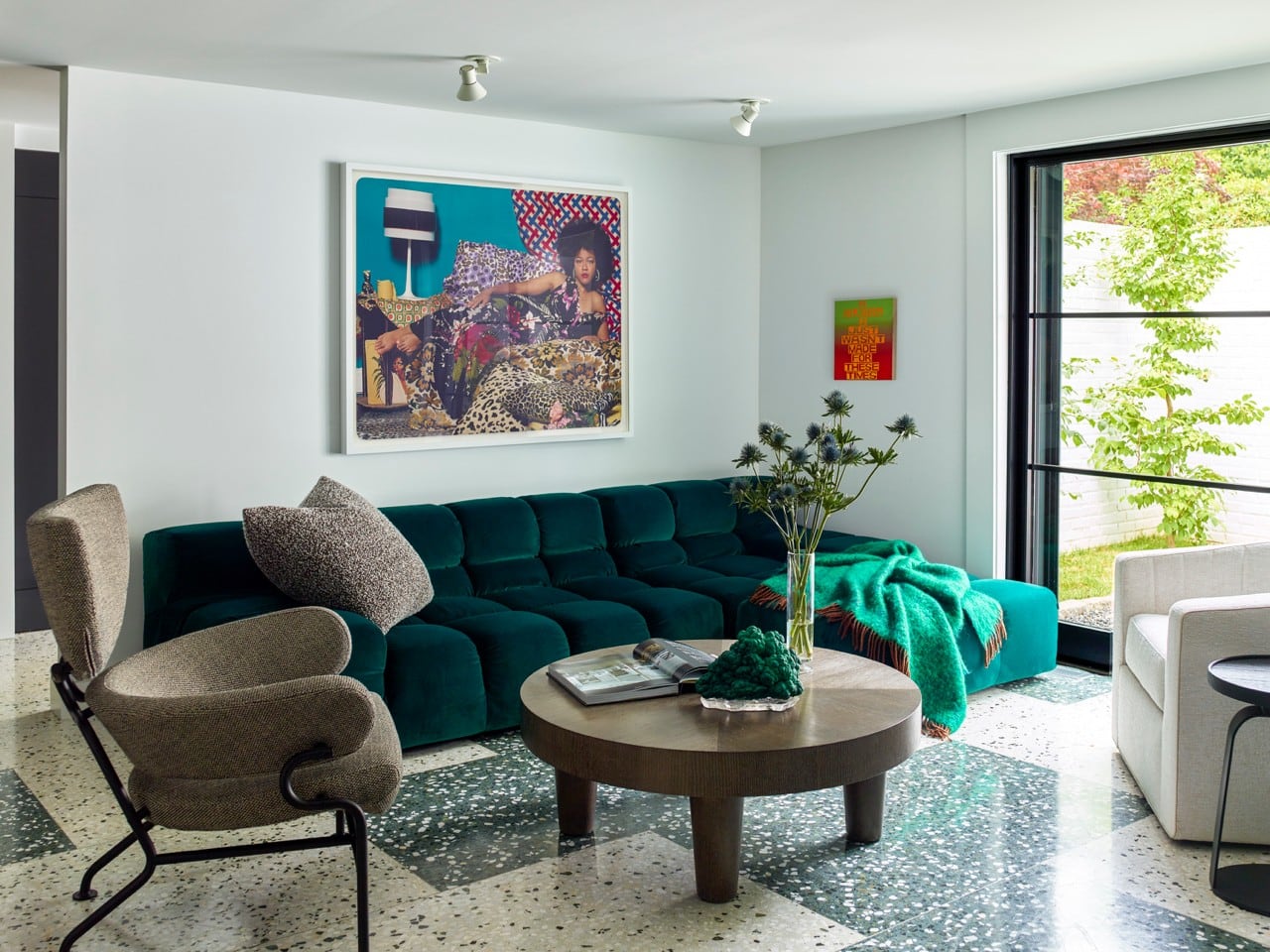 A simple colour palette of black and white can be found in several rooms, but some colourful accents bring playfulness to the house that perfectly matches the mid-century modern atmosphere. We are big fans of the bright green mushroom stools and the terrazzo floor in the kitchen. An exception in the whole is the office space which, with its saffron shades, radiates a more seventies retro vibe, but where it is once again made clear that Alberto Villalobos has perfectly succeeded in bringing 20th century modernism and 21st century glamour together. 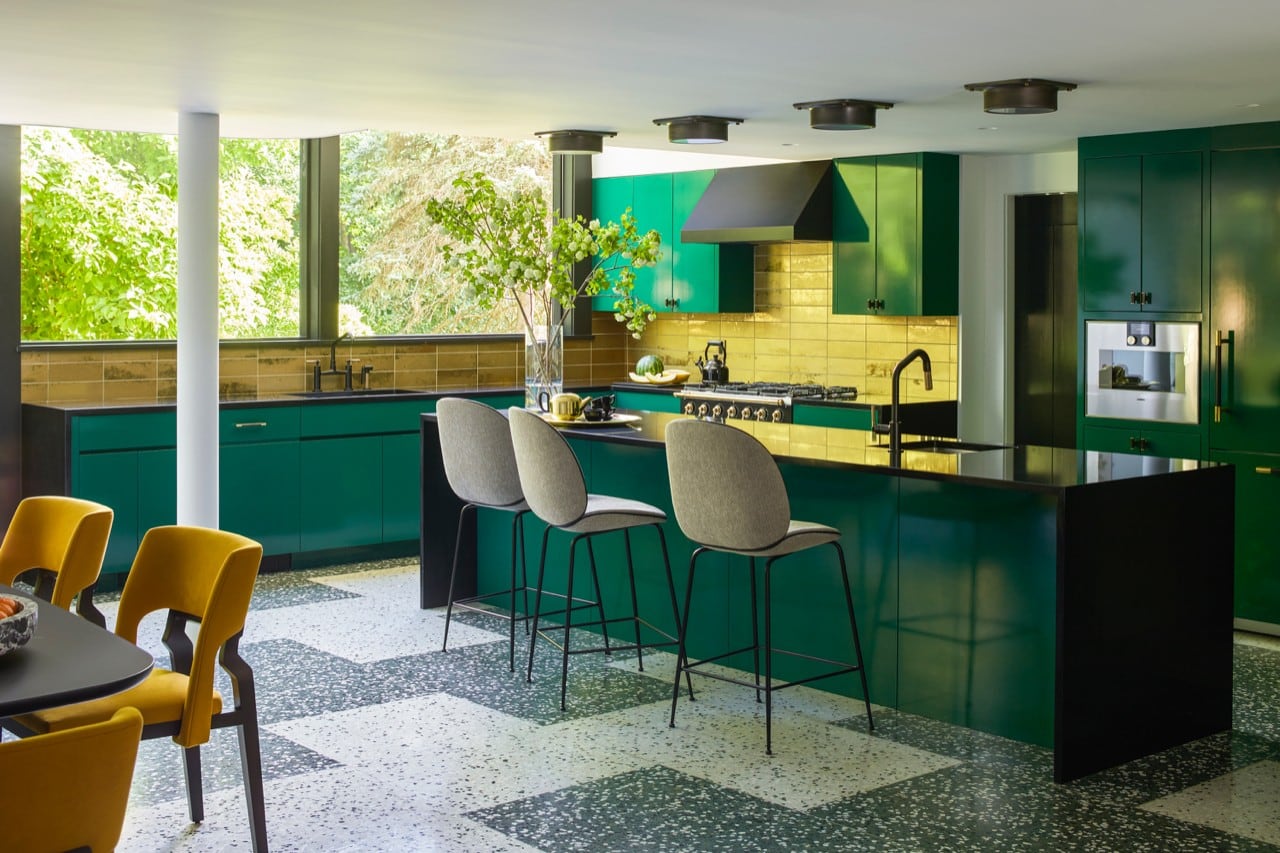