Felipe Hess Arquitetos is a Brazilian design studio led by Felipe Hess. The studio was founded in 2012 and takes on projects of any size, from furniture to entire buildings. Each project benefits from an individual approach in which the designers work closely with clients, furniture producers or other designers.

A recent project of the studio caught Imagicasa's attention. The design, called Apartamento Castor, is a minimalist flat in São Paulo. The spacious flat is characterised by straight lines and the minimal use of decoration. Dark wood is the most common material. It can be found on the walls, the floors and a large part of the furniture is made out of it. Additionally, in the entrance hall, the wooden wall hides a private study. 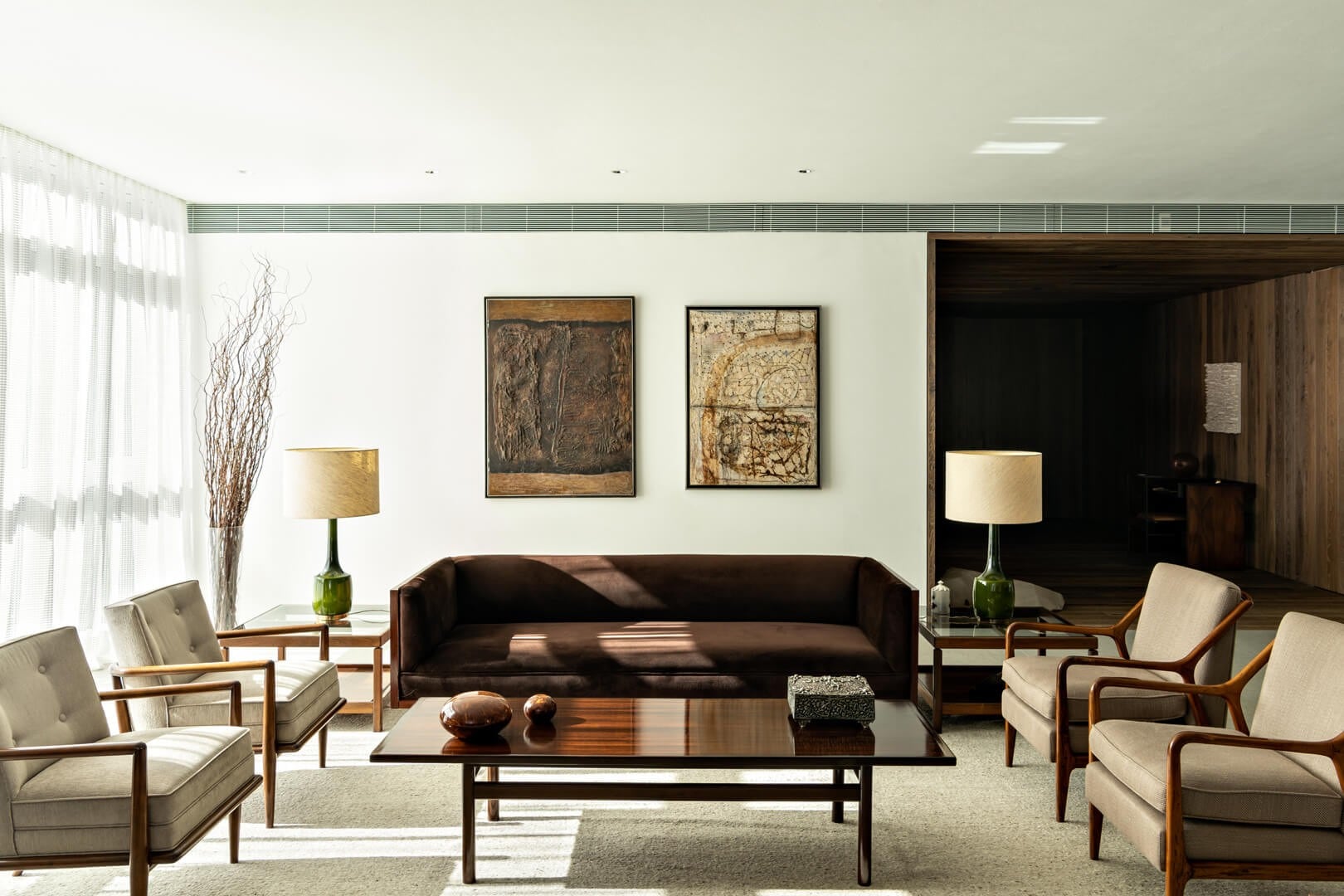 The spacious flat is characterised by straight lines and the minimal use of decoration. 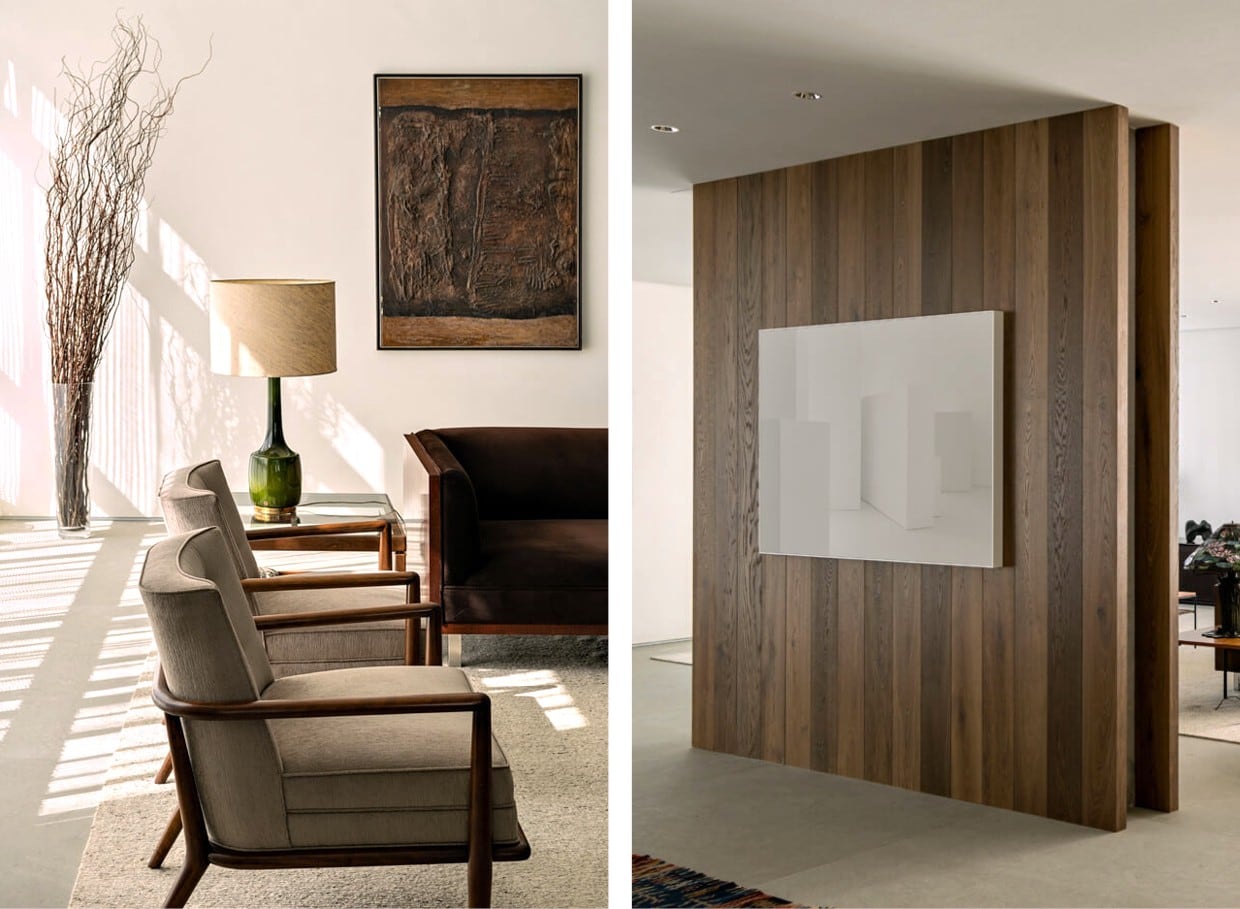 The most striking feature of the apartment is the wood clad concrete partition that separates the dining and sitting room. The wall is no wider than two metres so it does not literally divide the room in two but rather marks a boundary. The colour palette is brown with here and there a work of art or a carpet in shades of red, orange and blue. Surprising is the kitchen which is completely out of tune. The room is completely white and feels a lot colder than the rest of the house. Felipe Hess Arquitetos created a beautiful flat with a number of striking elements. We are curious what the future holds for this studio. 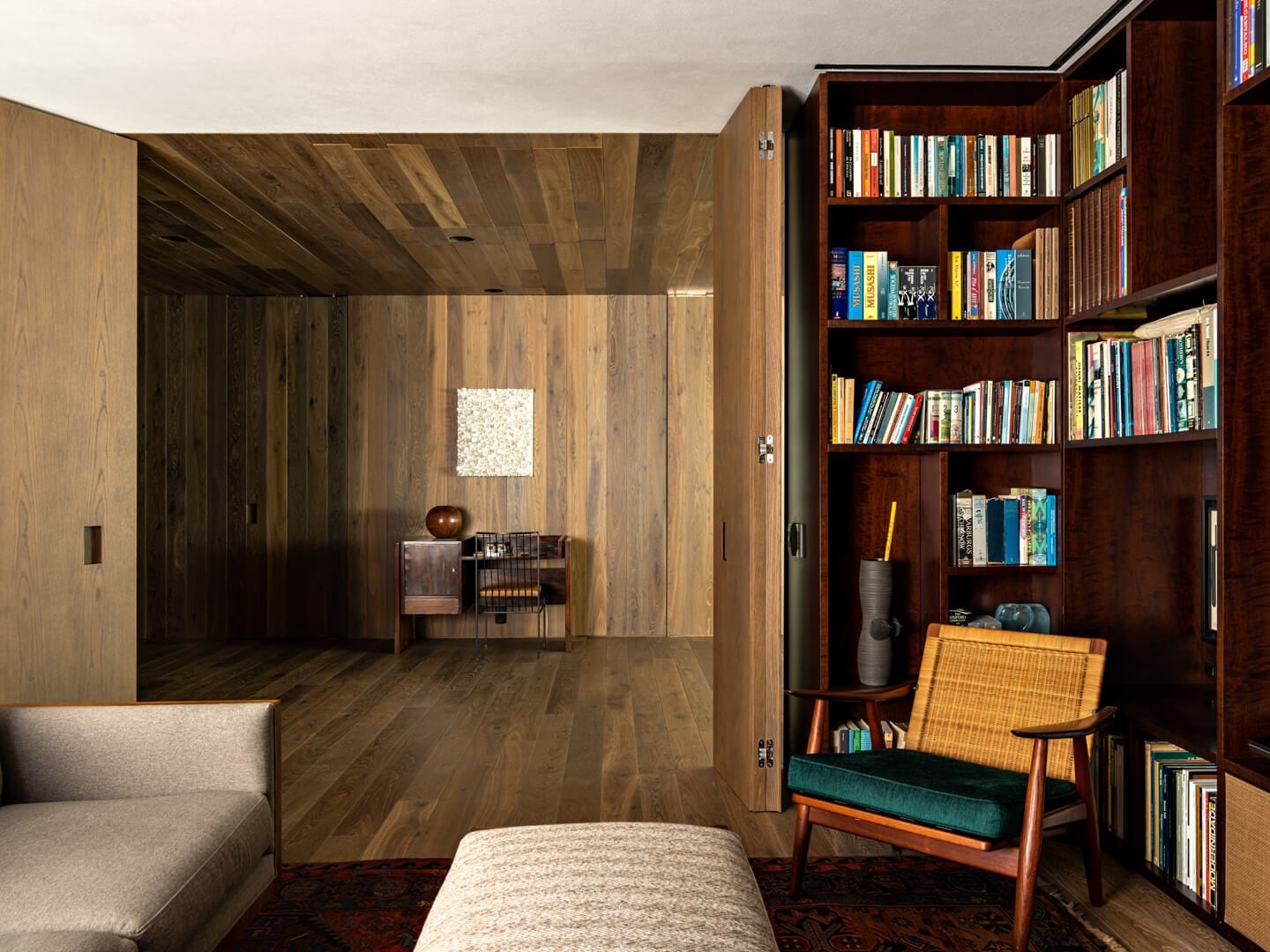