Résidence Esplanade was partially renovated by the Canadian designers Michael Godmer and Catherine Lavallée. Decorative elements of the original building were largely removed to create a distinctive interior. 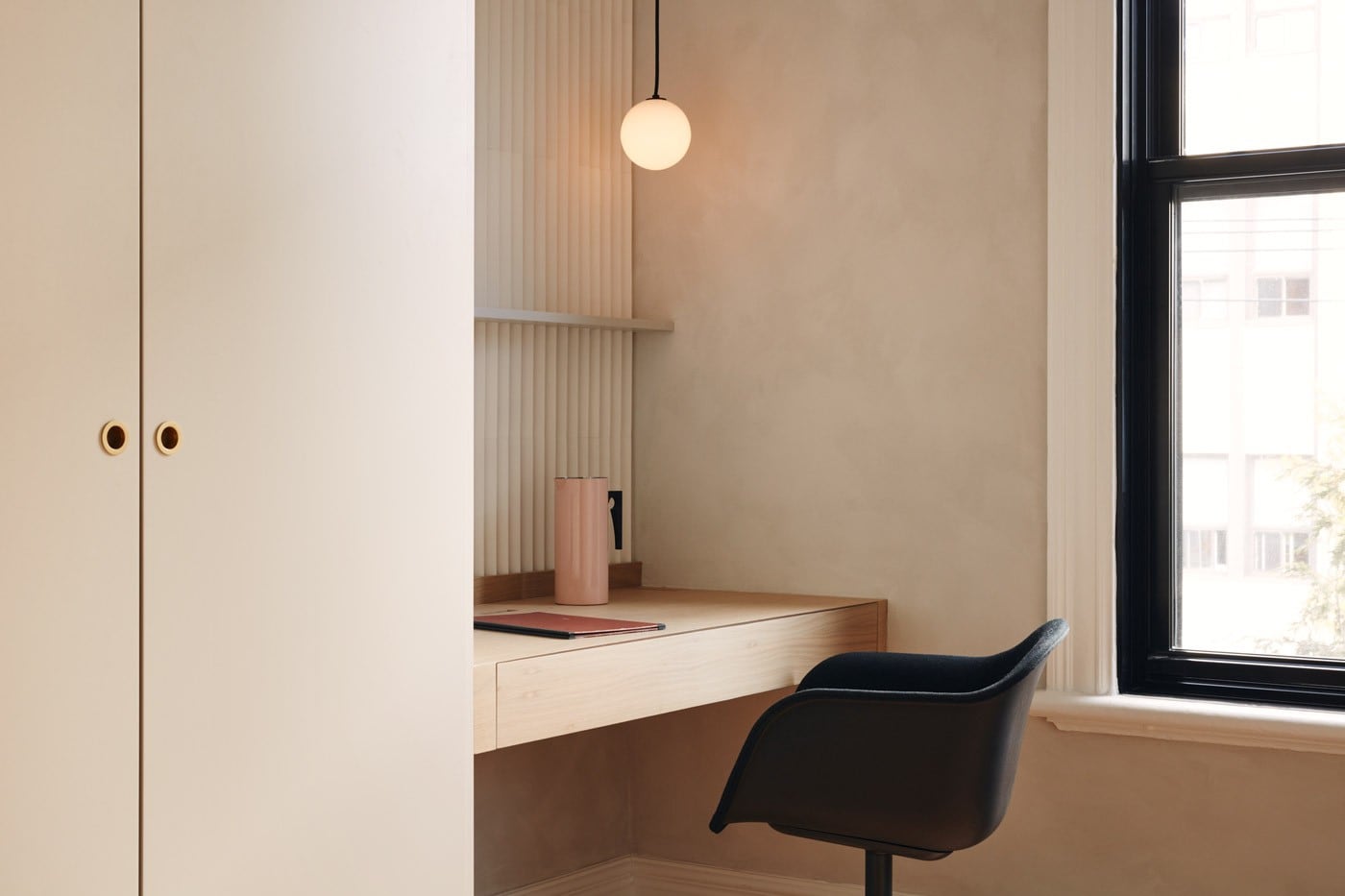 The property consists of two apartments which were merged five years ago to create a spacious home. It is located in Mile End, a trendy neighbourhood in the Canadian city of Montréal. The new owner is a young art and furniture collector with an eccentric style. The interior designers have already renovated the landing, the study and a bedroom. The other rooms are planned for renovation at a later date.

The colours in Résidence Esplanade are mostly sepia.

In order to give the house a uniform appearance, the designers decided to omit the original decorative elements. In addition, the already renovated rooms were completely shrouded in beige. A number of black elements, a lamp and an office chair convince us that the photos have not been edited with a sepia filter. After all, the colours in Résidence Esplanade are overwhelmingly sepia. 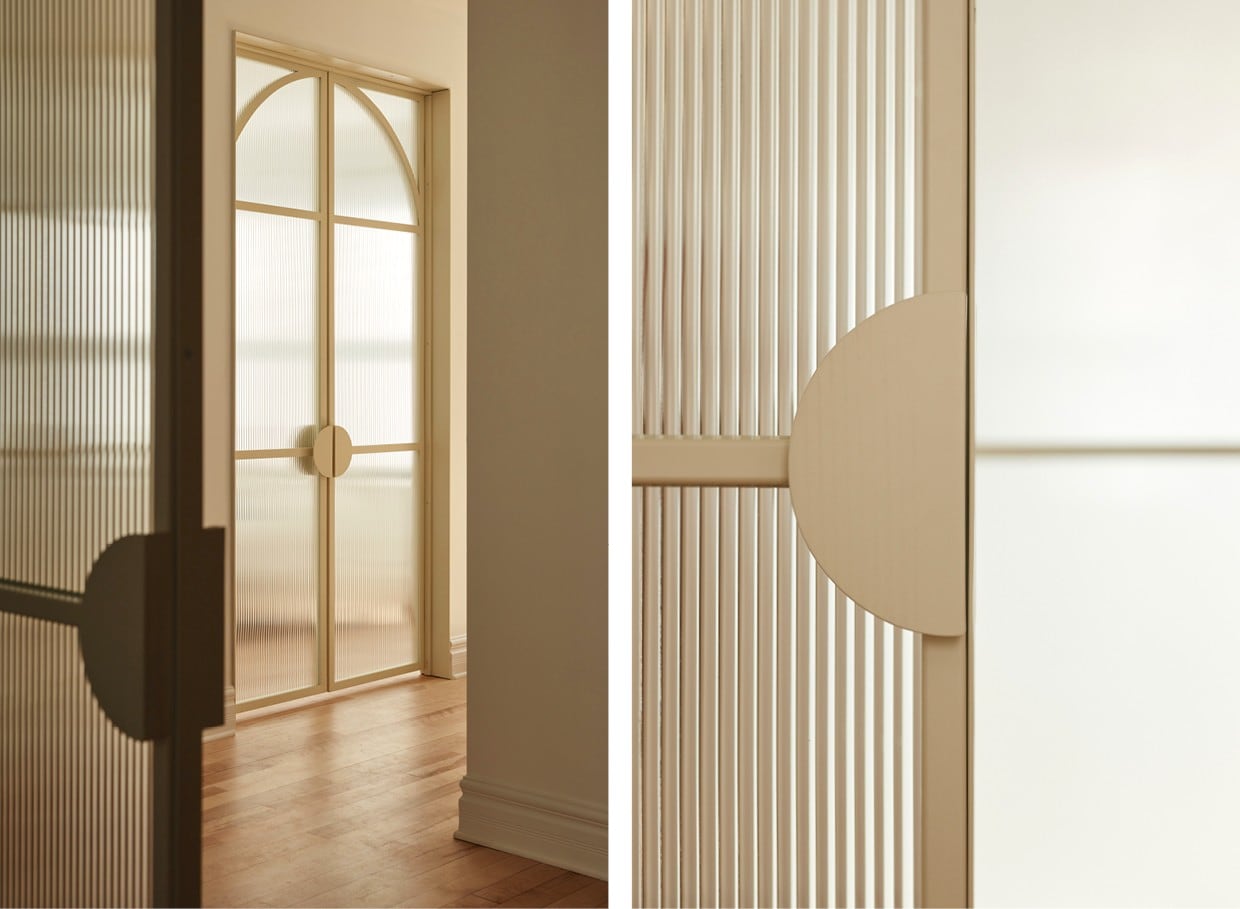 The walls of the renovated parts have been painted with lime paint in a light beige colour. This paint is made of pulverised limestone and natural dyes which creates a rough, organic finish while being much more environmentally friendly than the unnatural variant. In the bedroom there is a floor to ceiling closet which covers an entire wall. This contrasts with the other furniture which is low to the ground: a low bed, a sofa and a shelf under the window. In the office the designers placed the desk inside a niche in one of the walls. A unique decision that ensures the room’s spaciousness. 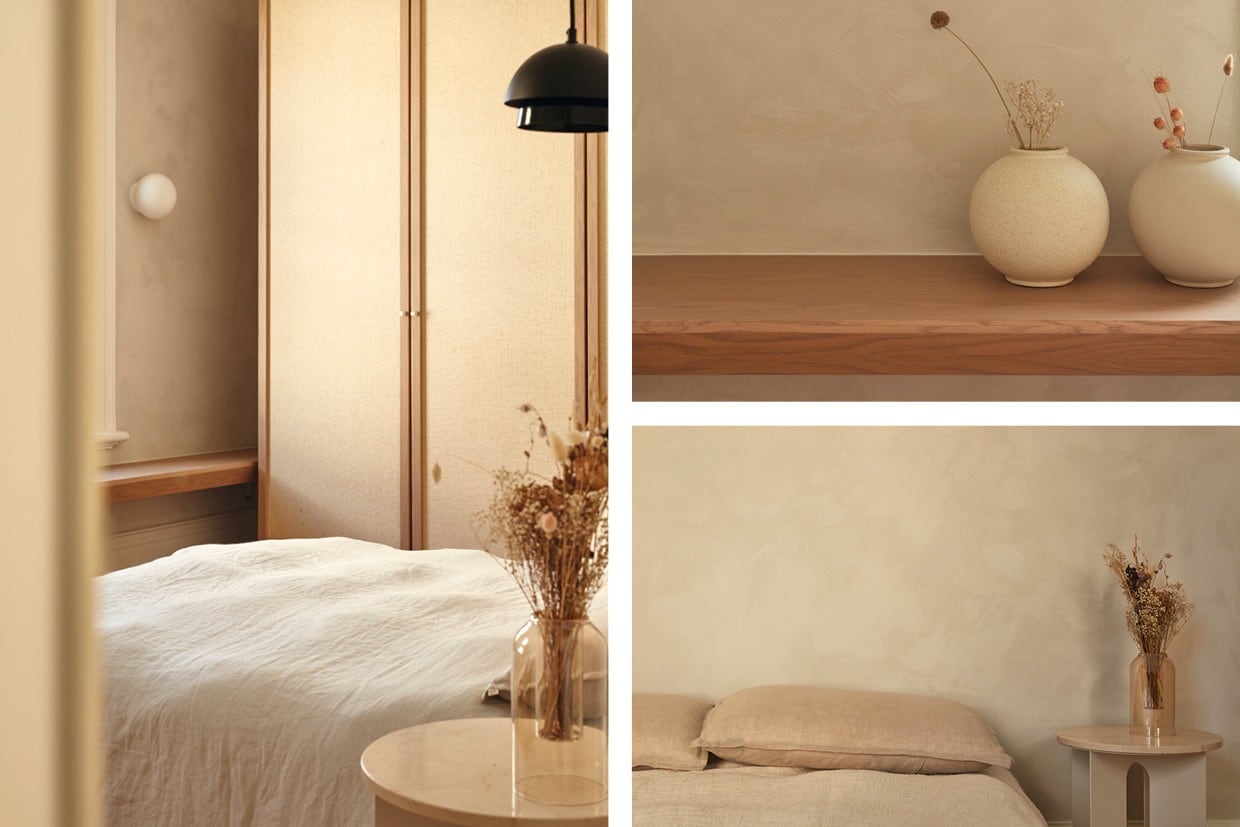 For the future renovation, Godmer and Lavallée have planned a continuation of this style. The other rooms will also be covered in soothing beige tones. The whole will have a meditative power that the individual rooms are already hinting at. We are very curious to see the finished project!