For this project, the two London offices FLOW Architecture and Magrits joined forces. The result was aptly named 'Light Falls', which focuses on optimising the incidence of light and the fluidity of the vertically stacked living spaces.

Under the name Magrits, architect Maria Grazia Savito has been involved in many special residential projects in London since 2010. She is always looking for a stylish balance between a playful approach and technical precision. Grazia recently joined forces with London-based FLOW Architecture, which since 2013 has also been realising unique projects based on a new residential and living aesthetics. The result of their collaboration is Light Falls, a total renovation of a characteristic building in Kensington. 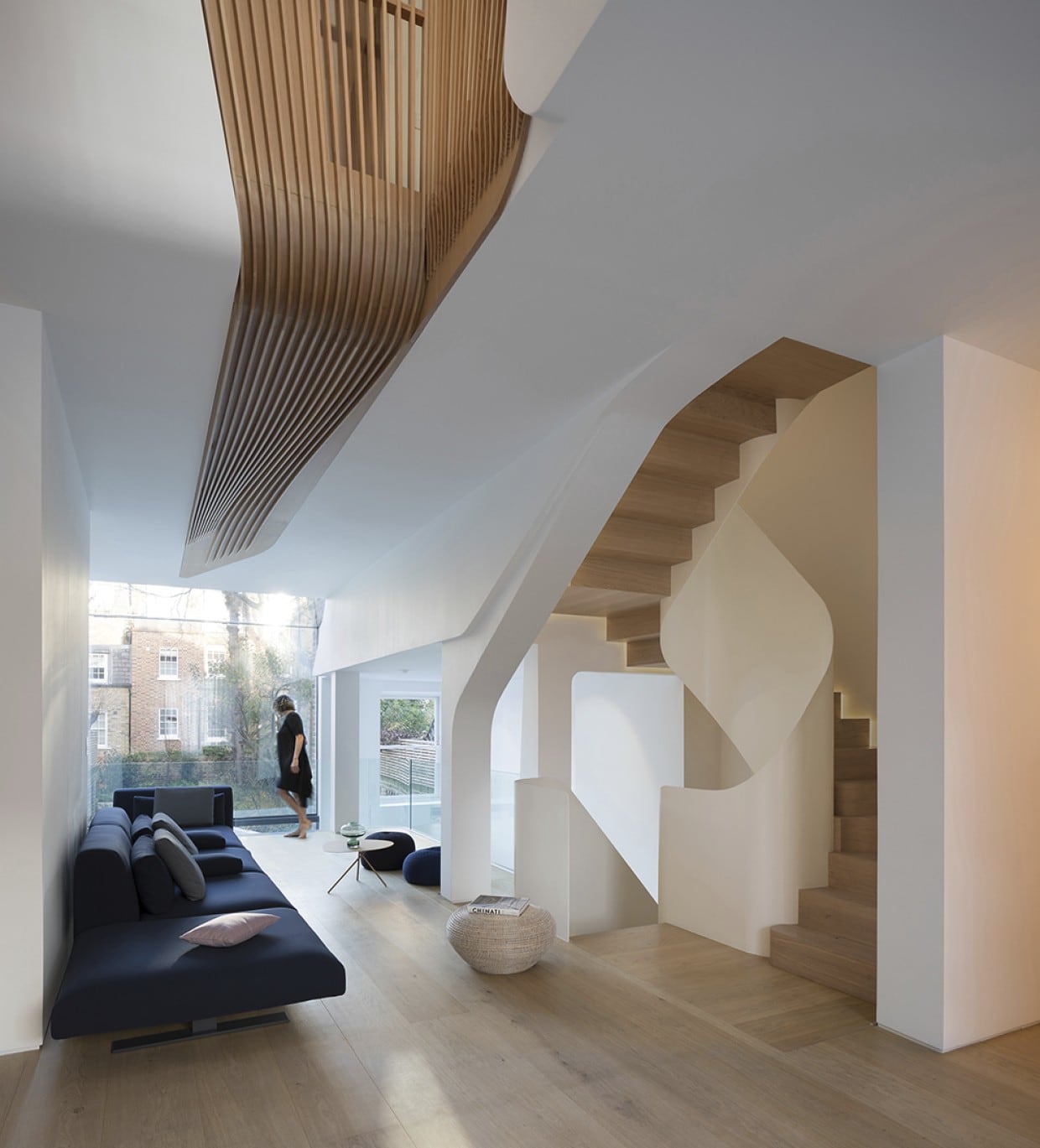 A historic Victorian terraced house in the heart of London was given a complete makeover. The building was originally built in 1851 and already had four floors, but now a basement and a double-height rear-extension were added. As is often the case in houses like this, the incidence of light was far from ideal. So the unfortunate layout with many poorly lit rooms was thoroughly revised. The new design concept was entirely devoted to maximising the potential of natural light and a smooth transition between the rooms. 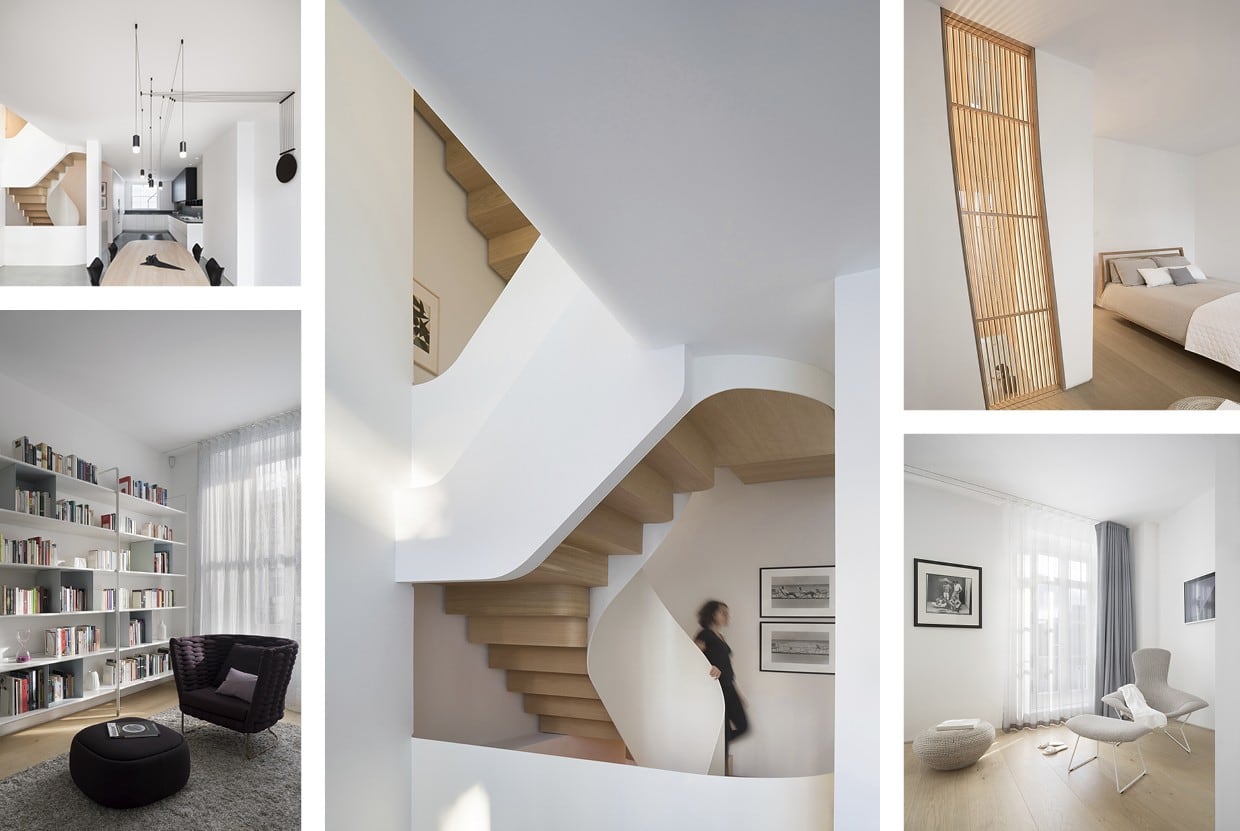 Total renovation of a characteristic building 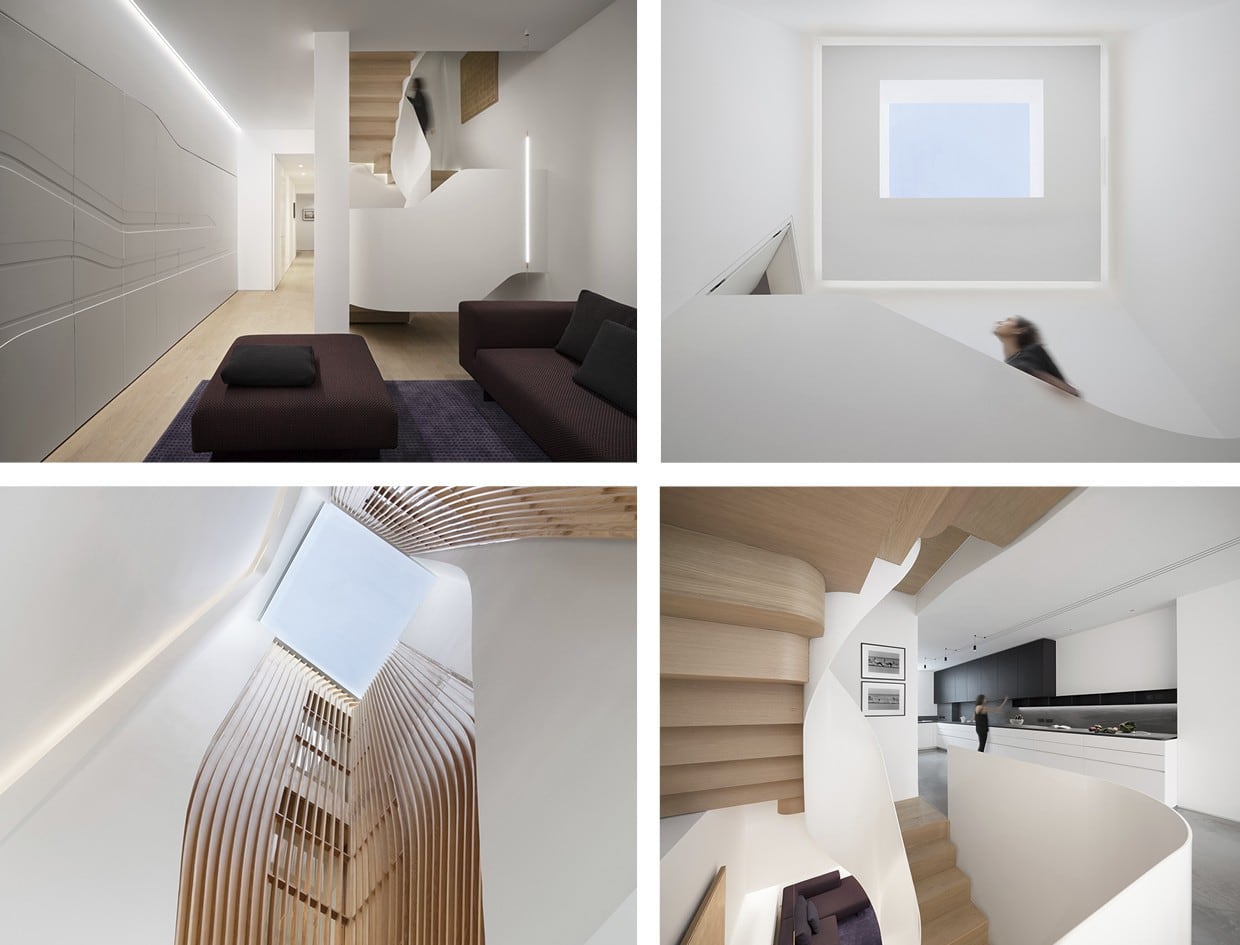 Two large skylights and an open staircase not only create a visually unique - almost sculptural - effect, but also create light and air-permeable spaces. In addition, all the rooms are connected to each other in an intriguing way. The green surroundings are also included in the design, as the dining room has been provided with a glass extension and panoramic sliding doors that offer a beautiful view of the terrace and garden.

The images speak for themselves, but it is still interesting to mention that for this project traditional building methods and materials were combined with innovative solutions. In this way it fits in perfectly with the special atmosphere of a modern renovation of a historic building.