Immerse yourself in the eclectic Juniper House where designer Dylan Farrell conjured up a surprising palette of rich materials, textures and shades. Playful simplicity and daring colour combinations reflect the theme of a 'sophisticated, futuristic city fair'. 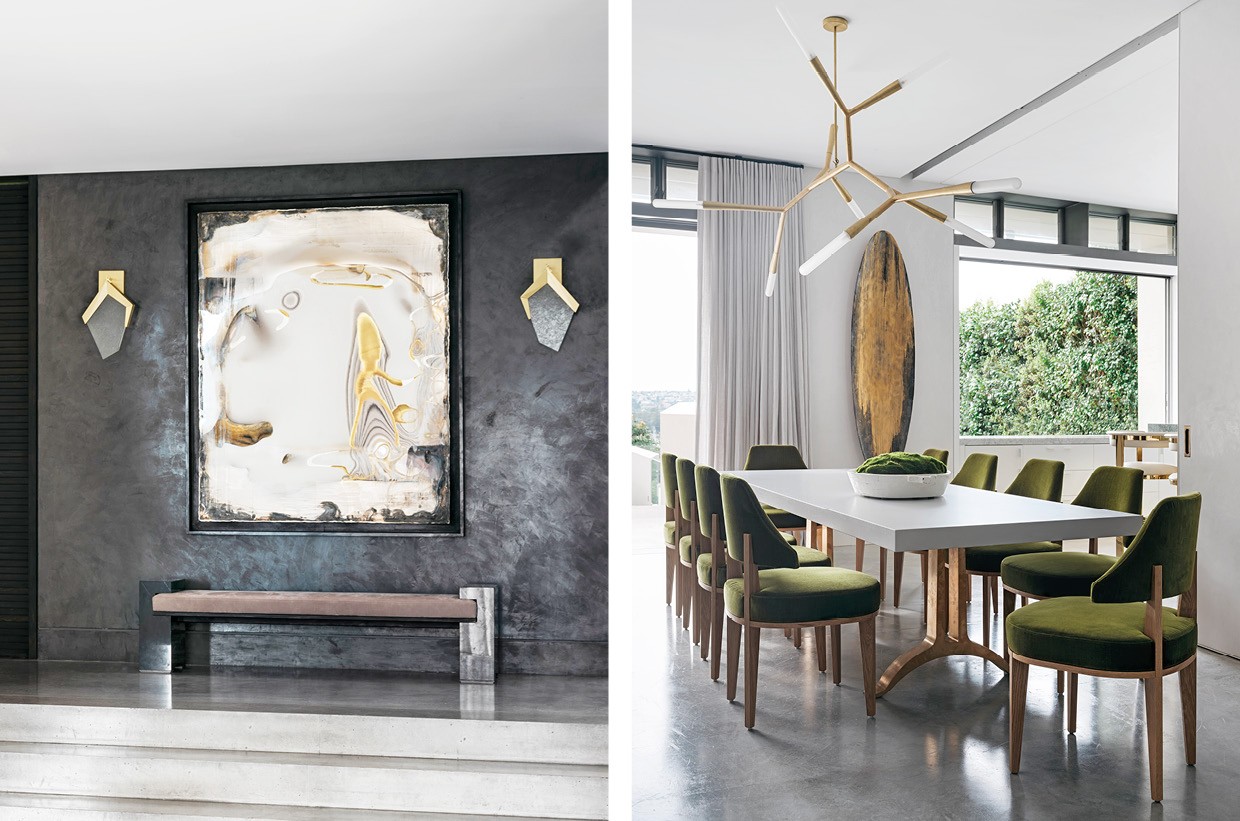 Dylan Farrell Design specialises in discreet and detailed interiors, architecture and furniture design. Each client's unique personality is expressed in a creative and imaginative way in the interiors that Dylan Farrell and his team design for them. In Juniper House, too, the wishes and individuality of the owners come to the fore and the designer tells a playful, daring and at the same time restrained story. Juniper House is an impressive and surprising project in Sydney that Dylan Farrell realised in five months. Through a previous client, the owners were referred to Farrell who renovated the four-bedroom house in a very short time and gave it a completely new look. The owners wanted a stylish home for their young family that would quickly expand and where they could comfortably accommodate their large family. The quick timing was the first challenge the team faced. They replaced three baths, the kitchen and most of the internal finishes. Some architectural changes were made such as removing a wall here and there. They found interior items in shops and galleries and created custom design solutions when they didn't find the right item. ‘The creative exercise was constantly fluid, reactionary and evolving.’ 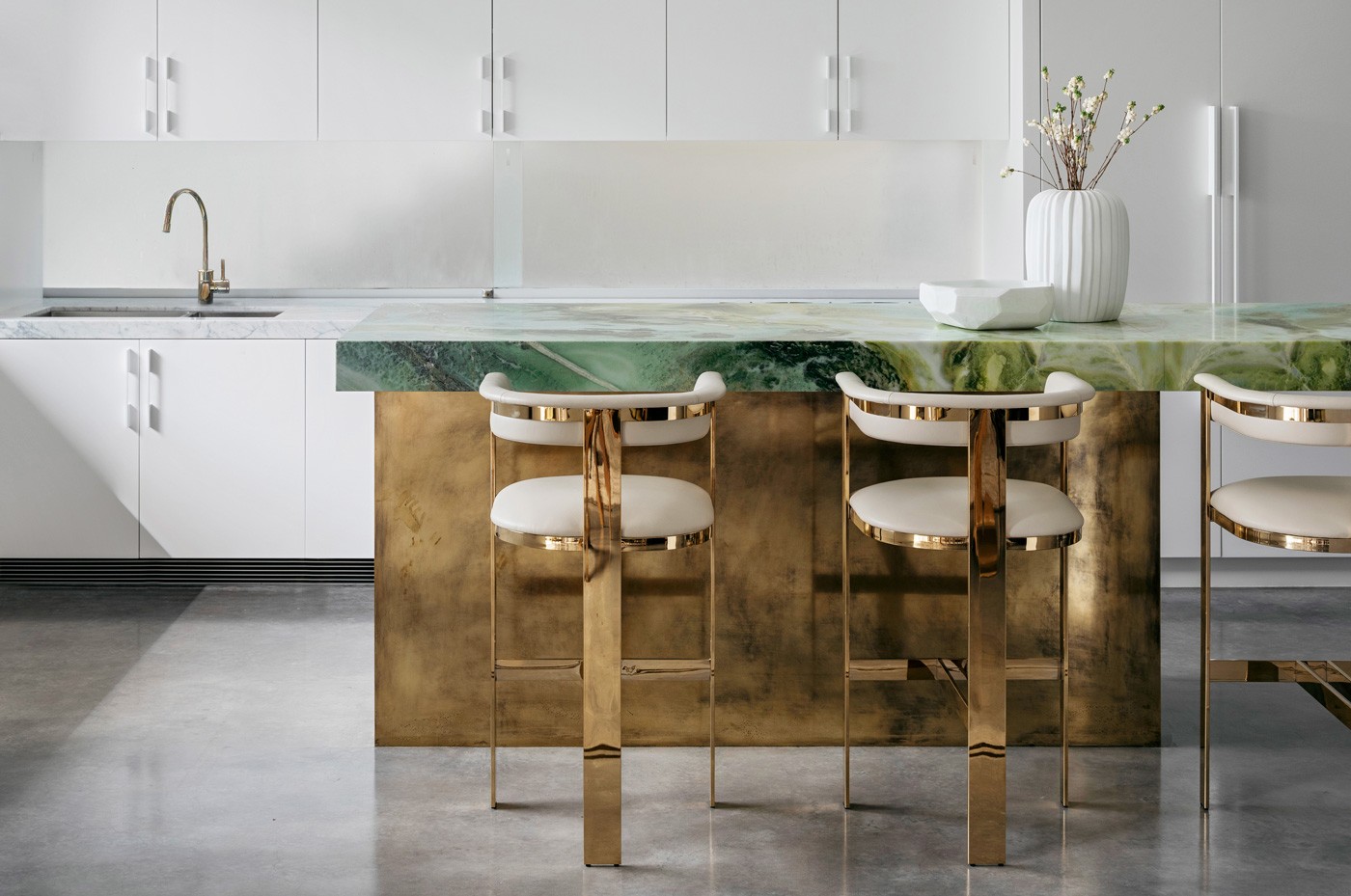 As a second challenge, Farrell had to quickly discover the customers' preferences and personalities in order to reflect them in the project. ‘Usually there's a lot of time to get to know the customer, but in this case there was a shortage of time. We had a lot of social and development meetings in a short period of time which allowed us to quickly connect with their own history and lifestyle. We developed a loose narrative around a sophisticated, futuristic city fair.’ This style is clearly recognisable in the use of an eclectic palette, bright colours in the living space and playful shapes. The daring play of colours in the living room between Dale Frank's painting, Stephen Ormandy's totem sculpture and Gaetano Pesce's orange vase is one of Farrell's favourite combinations and Imagicasa can't blame him at all. The clients preferred blue and green and the designer made full use of this with the occasional contrasting touch. You immediately become cheerful when you enter this space. Especially in the adjoining dining room and further through the house we also see a lot of gold and brass details. ‘We thought the gold and brass would be an appropriate neutral tonal bridge between the various colours and textures in the house. It adds a pop where the palette is monochrome and acts as a balancing element where bold colours were used,’ Farrell explains.

Unlike the living room, the master bedroom with lounge has a more neutral palette and a soothing atmosphere. Here Farrell created subtle tonal relationships between the Pierre Augustin Rose chair, Olivier Vrancken's work of art and their own 'Arp' lounge table, which are both dynamic and calm. ‘Since it's a bedroom, we wanted it to be more subtle and subdued. But the variation in textures and tones does reflect the rhythm of the rest of the house so that this retreat wouldn't feel separated or strange.’ 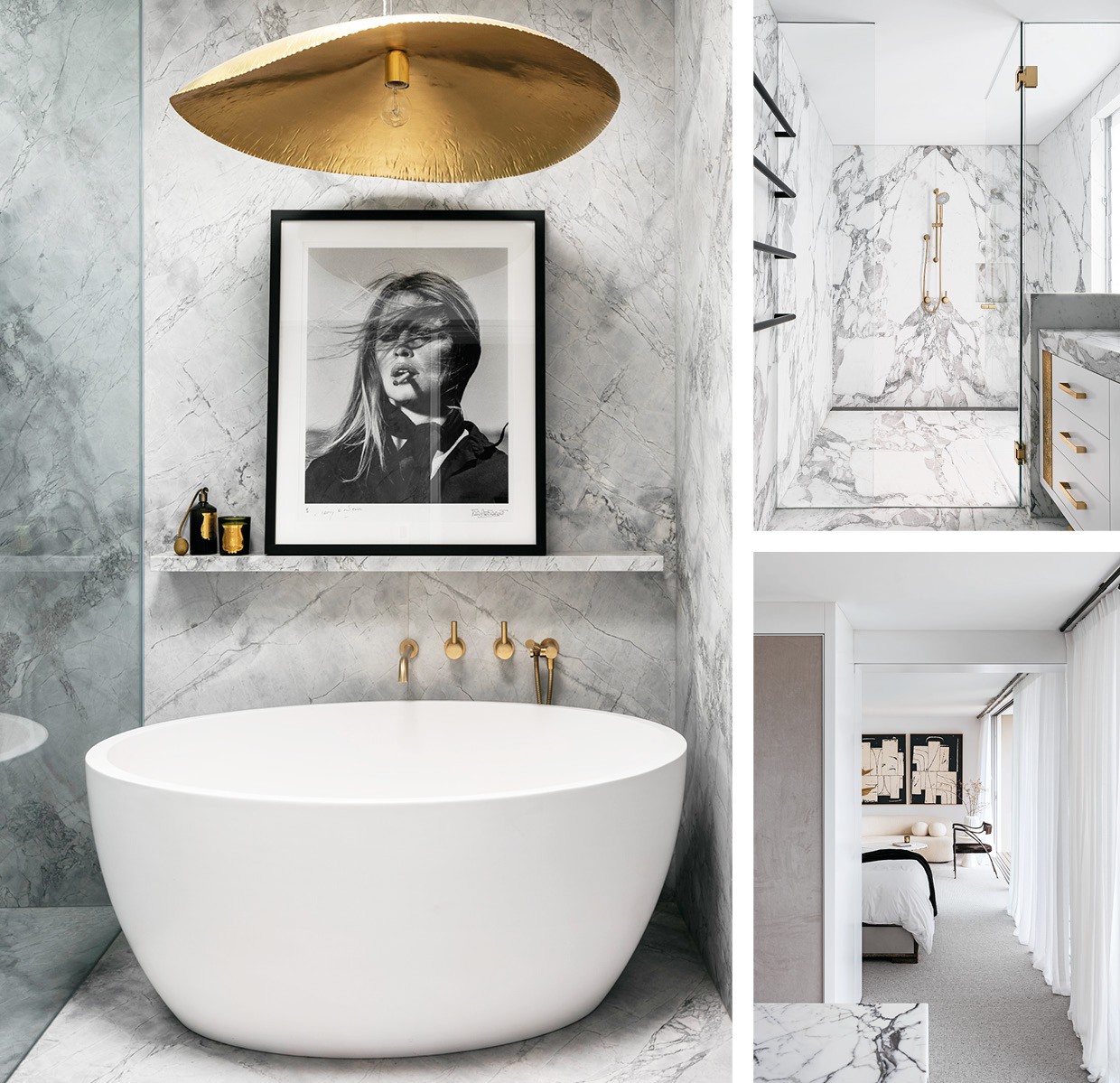 In the mix of an eclectic, elegant and at the same time sober style in Juniper House, we find the balanced paradox that Dylan Farrell always wants to apply in his designs. ‘I think 'sober' and 'elegant' come from the use of classical proportions and rhythms. The 'eclectic' elements come from our thoughtful yet casual bending of those classic rules. I have called this look 'ornamental modernism' in the past. Clean and decorative or minimalist and maximalist at the same time,’ says Dylan Farrell.

This project was previously featured in our magazine. Be sure to read our full interview with Dylan Farrell about his studio in our edition Imagicasa Autumn 2020.