For the decoration of a holiday home in Comporta, Portugal, the help of Alexandre Neimann of furniture and design shop Barracuda was requested. He mixed 20th century furniture with Portuguese decorative art in the interior, which works beautifully with the beautiful view. 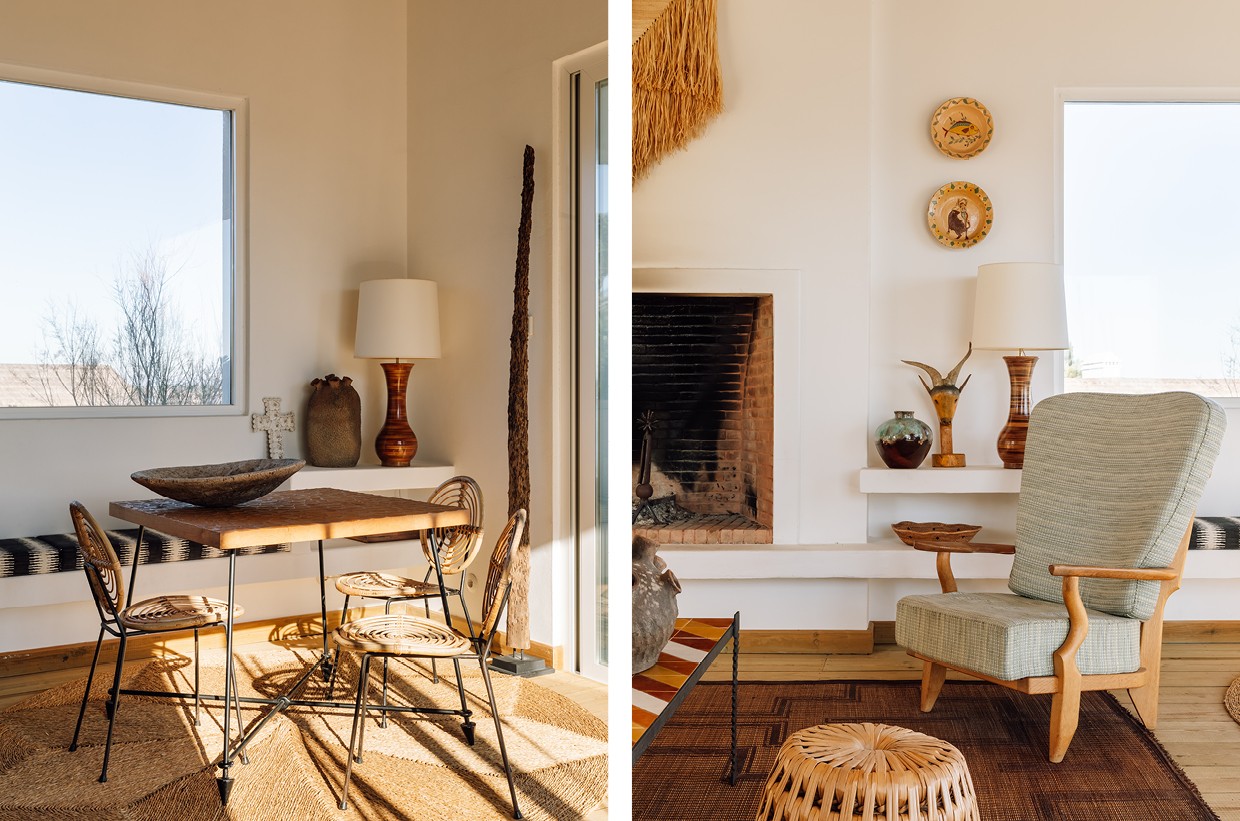 Barracuda, Alexandre Neimann's shop/gallery, collects 20th century furniture, pieces by famous and unknown designers, handicrafts and Portuguese decorative art and already has two branches. The client knew the shop in Comporta and challenged Neimann to take on the project.

Once the architecture, in the hands of architect Miguel Câncio Martins, was completed, it was important to bring life and atmosphere to the house, characterised by incredible light and a wonderful view of the surrounding rice fields. The fact that the house is a second home, which can also be rented out, had to be taken into account. 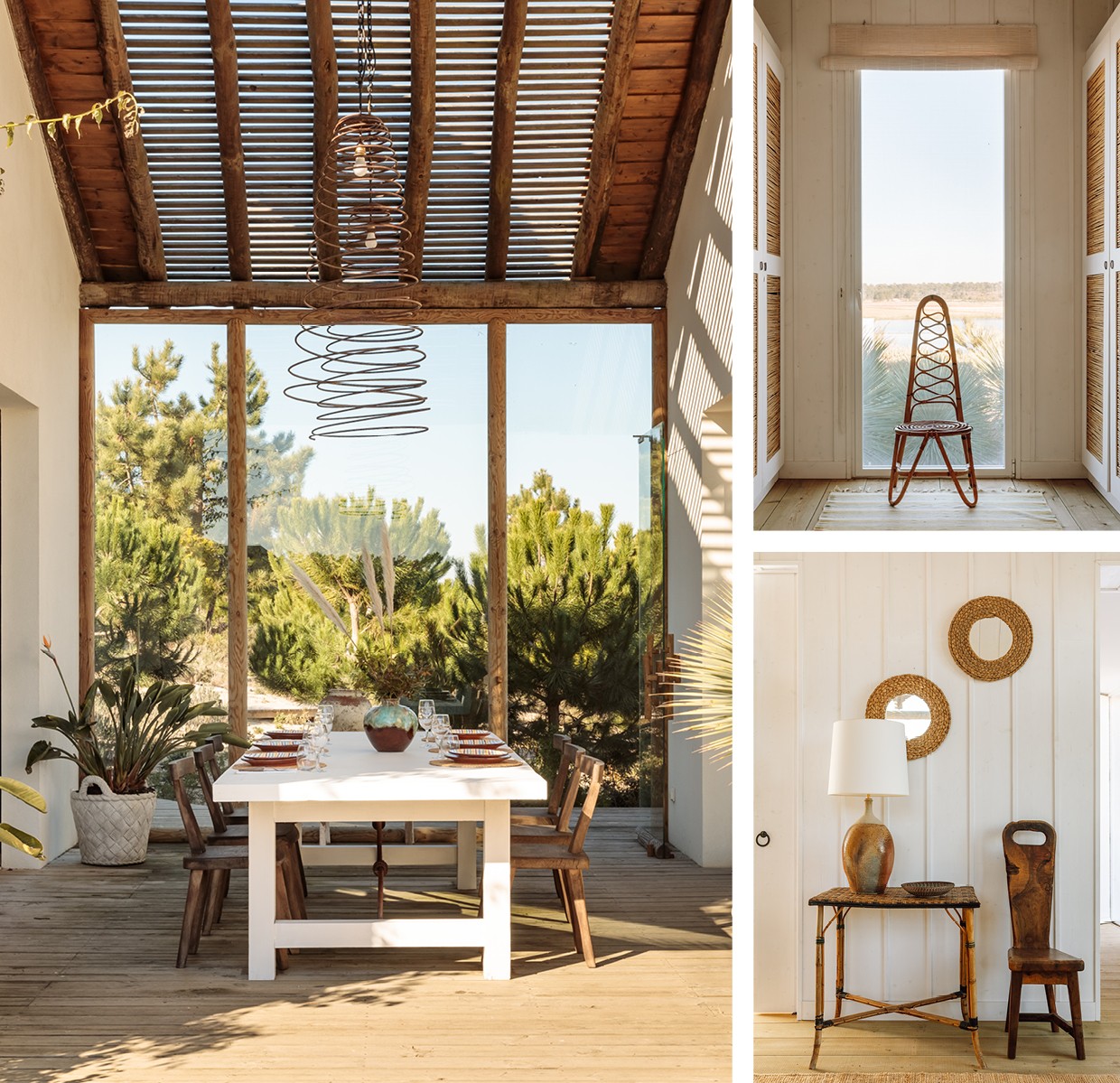 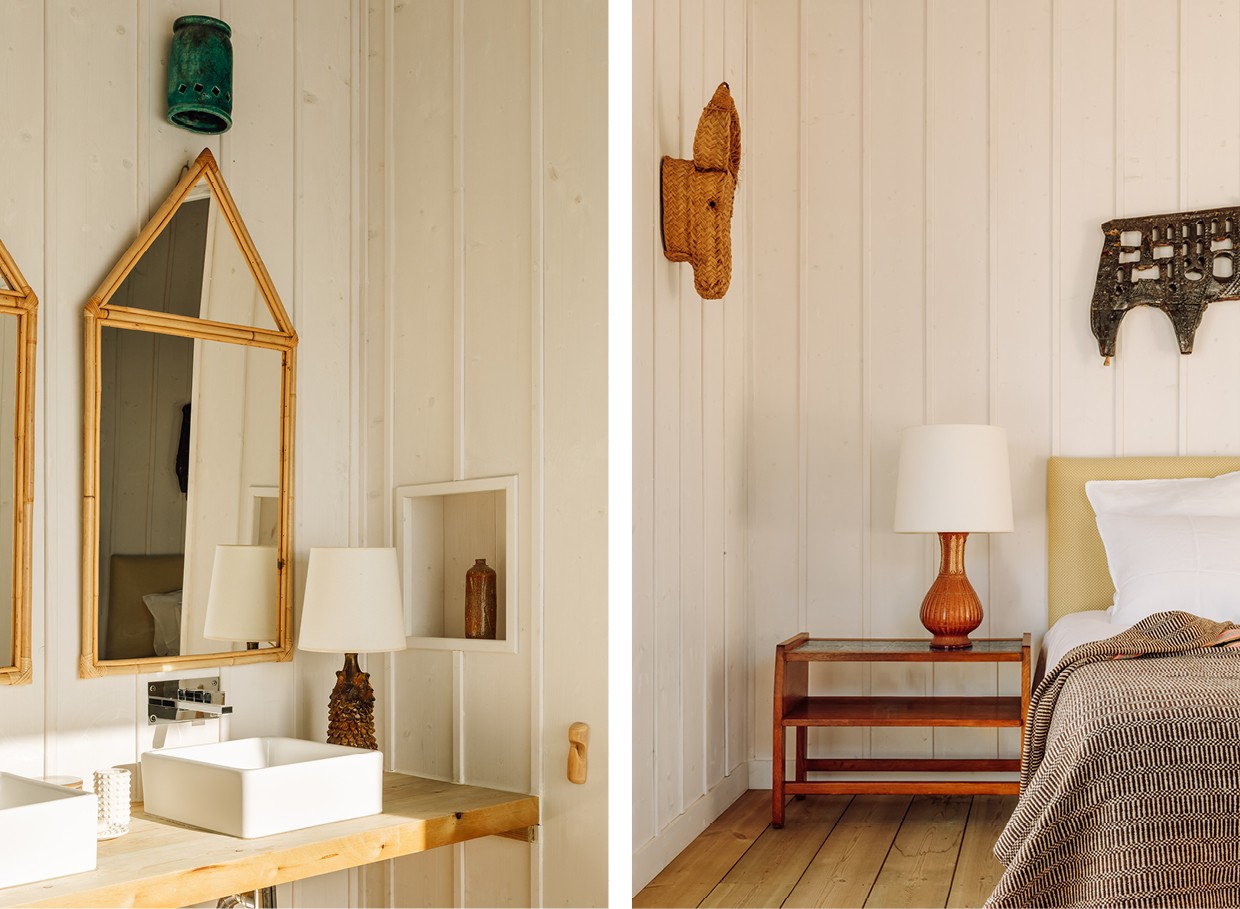 The brief was simple but demanding: the style had to match what the client had seen in the Barracuda store. The project, which lasted a year, involved a long research process to create a harmonious collaboration of colours, materials and shapes. Neimann wanted to give the house an identity through eclectic furnishings: he mixed furniture from the 19th and 20th centuries, which he took from shops, antique stores and fairs inside and outside Portugal.

‘I wanted to create a house with a rather masculine style and a clear Portuguese identity,’ the decorator says. ‘A mix of 20th-century furniture, a favourite of mine, influenced by Portuguese decorative art and ceramics, which I also have a fondness for.’ But creating a good atmosphere was also very important to Neimann. 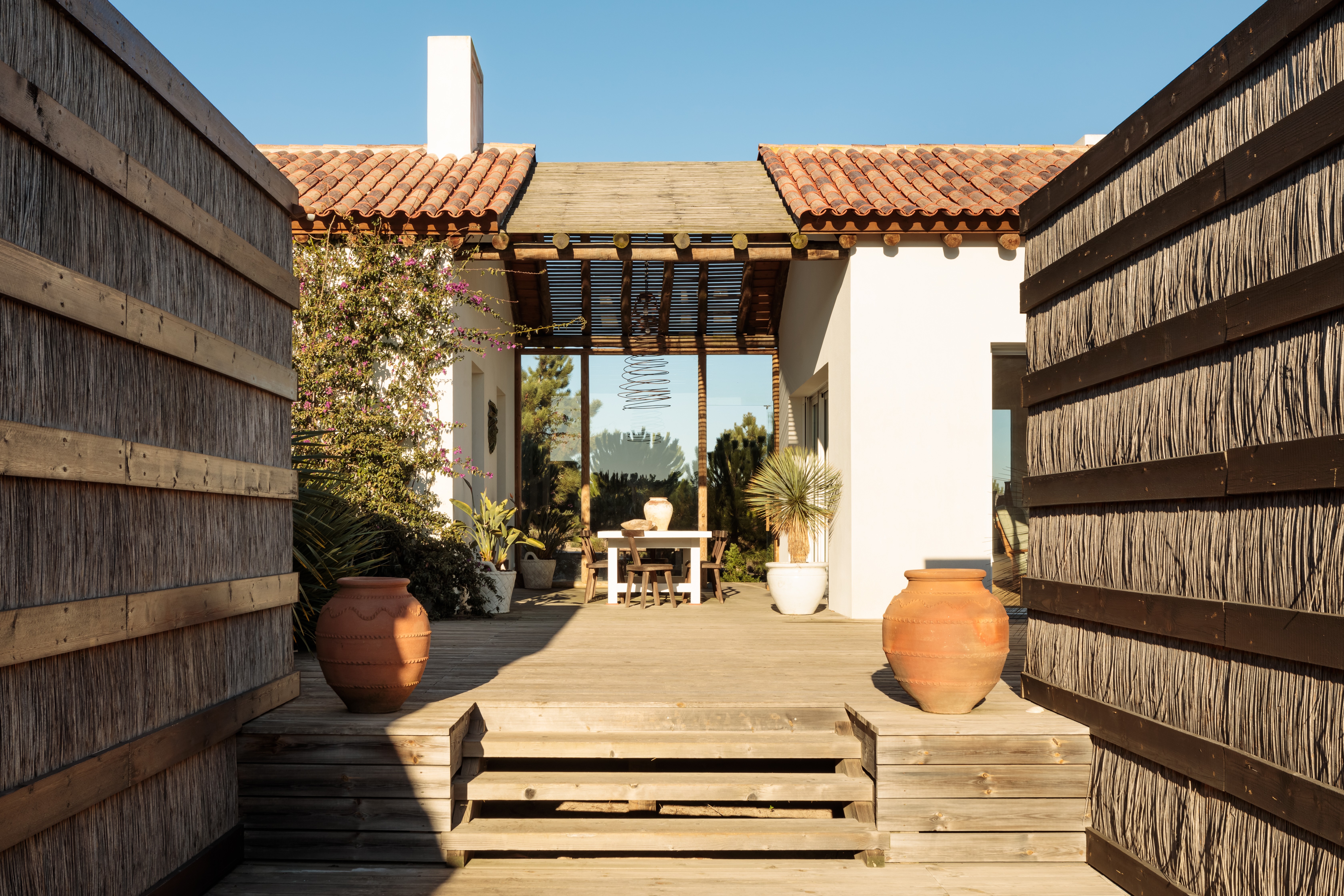 The biggest challenge in the project was to make sense of the living room, which is about 60 m² with little depth and a high ceiling. The sofa from the 1940s by American designer Paul Frankl immediately catches the eye. The Finnish sideboard by designer Olavi Hanninen, the two Austrian chairs on either side of it and the Italian chairs around the card table are also real eye-catchers in the room.

When Alexandre Neimann could not find the furniture he needed, he decided to design it himself. Among other things, he designed the low table in front of the sofa with wrought-iron legs and a striped top made of ochre and brown ceramic, and the pair of leaf-shaped green ceramic wall lights. A dream that came true, resulting in a beautifully unique result, exactly as the client wanted it! 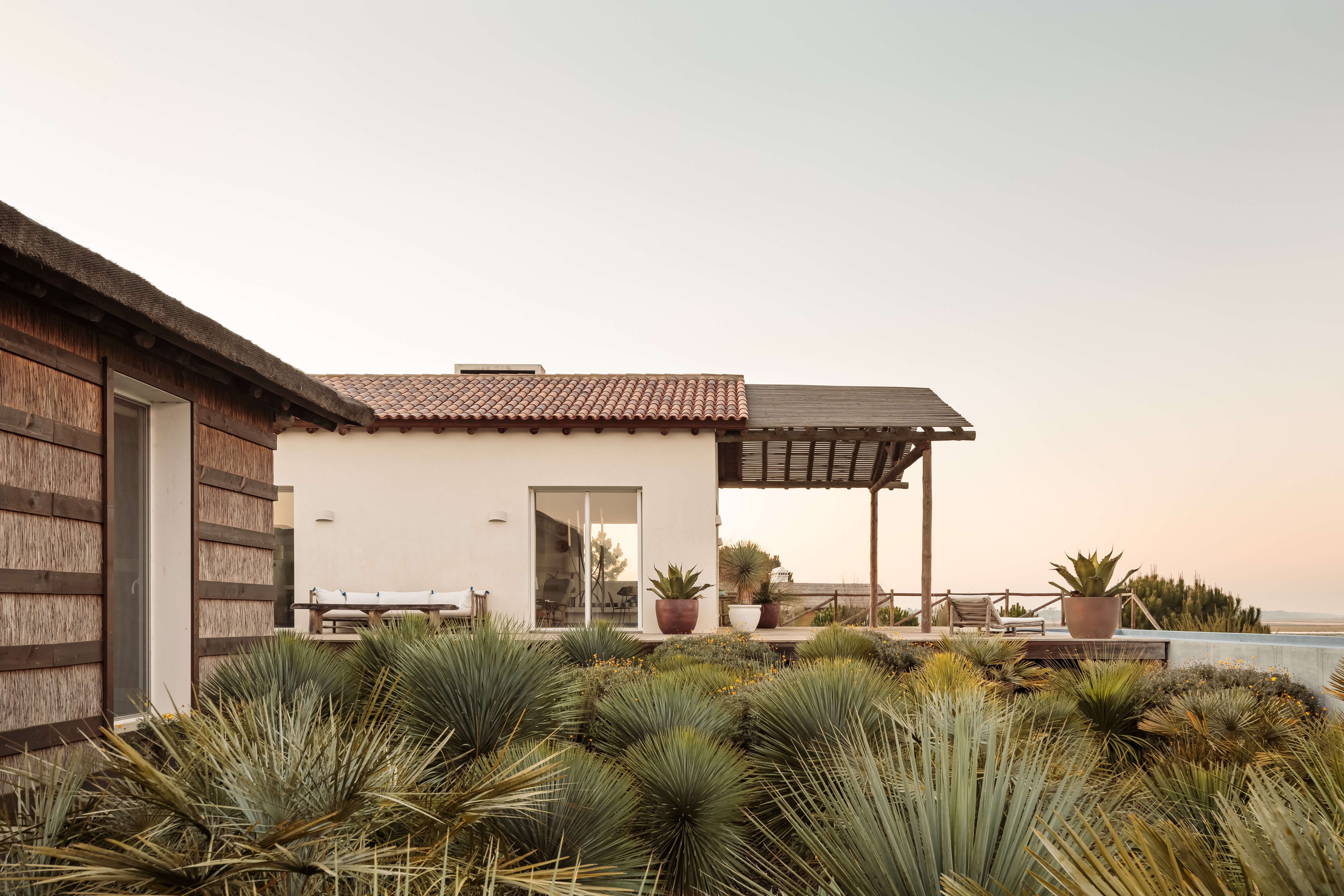