Old Jaffa House is located in an ancient port city in Israel, which is also the oldest city district in the Tel Aviv-Jaffa municipality. The house is a collection of 300-year-old rooms built around a central patio. Pitsou Kedem Architects sought inspiration for this renovation from the original architecture of the house combined with modern interiors of contemporary minimalism. 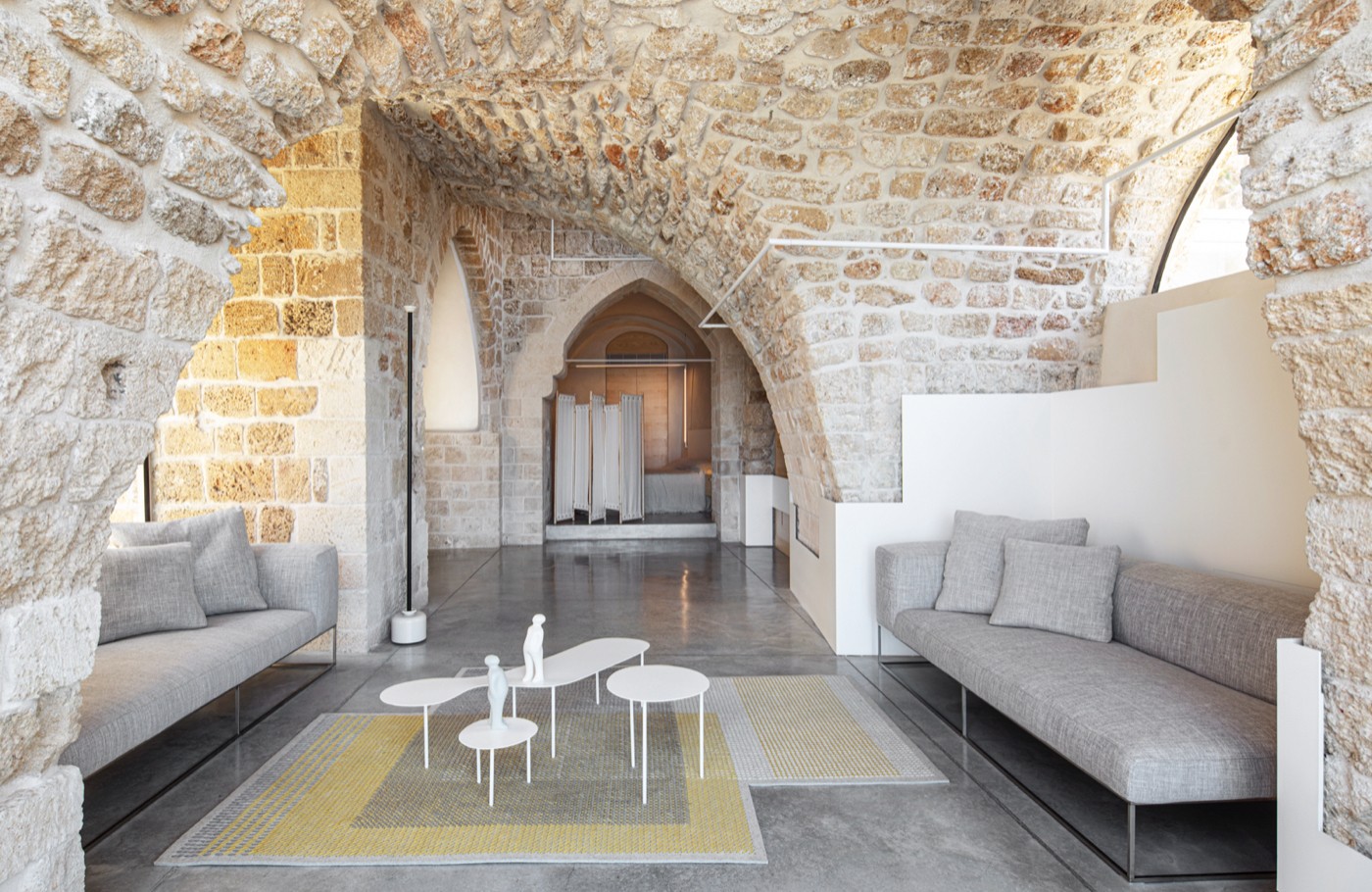 You will probably have seen the Israeli studio Pitsou Kedem Architects recurring on our website. Each time, they succeed in combining sleek, uncompromising architecture with refined, precise geometric forms. They distinguish themselves in their use of light and contrasting materials and create order out of urban chaos. In this project, too, these aspects were the basis of the design. The challenge was to complete the over three-year project as a set of flowing successive open spaces unfolding around the courtyards for an American-Israeli couple with a young daughter.

Light and contrasting materials create order in the urban chaos.

With a beautiful view of the sea and where one can dine leisurely in the courtyard, it also offers its residents comfortable living spaces that properly complement both its historical and aesthetic qualities. The house celebrates the cultural heritage of the property but at the same time feels extremely modern and effortlessly elegant. The renovation in Old Jaffa was a particular challenge due in part to the winding alleyways that made transporting materials difficult. No wonder it took no less than three years to complete the final result but the team pushed through and succeeded in their goal.

The patio of just under one hundred square metres functions as an outdoor dining area that takes advantage of the Mediterranean climate. In addition, the many doorways give access to the other rooms, so that all the open spaces flow into one another. The walls of kurkar stones, a local soft brown to yellow sandstone, have been used for centuries to keep interiors warm in winter and relatively cool in summer. Pitsou Kedem Architects restored them to their original state, creating a soothing domestic backdrop. Thanks to the meticulously restored arches and plastered ribbed vaults, the architect further emphasised the architectural heritage and history of the building. 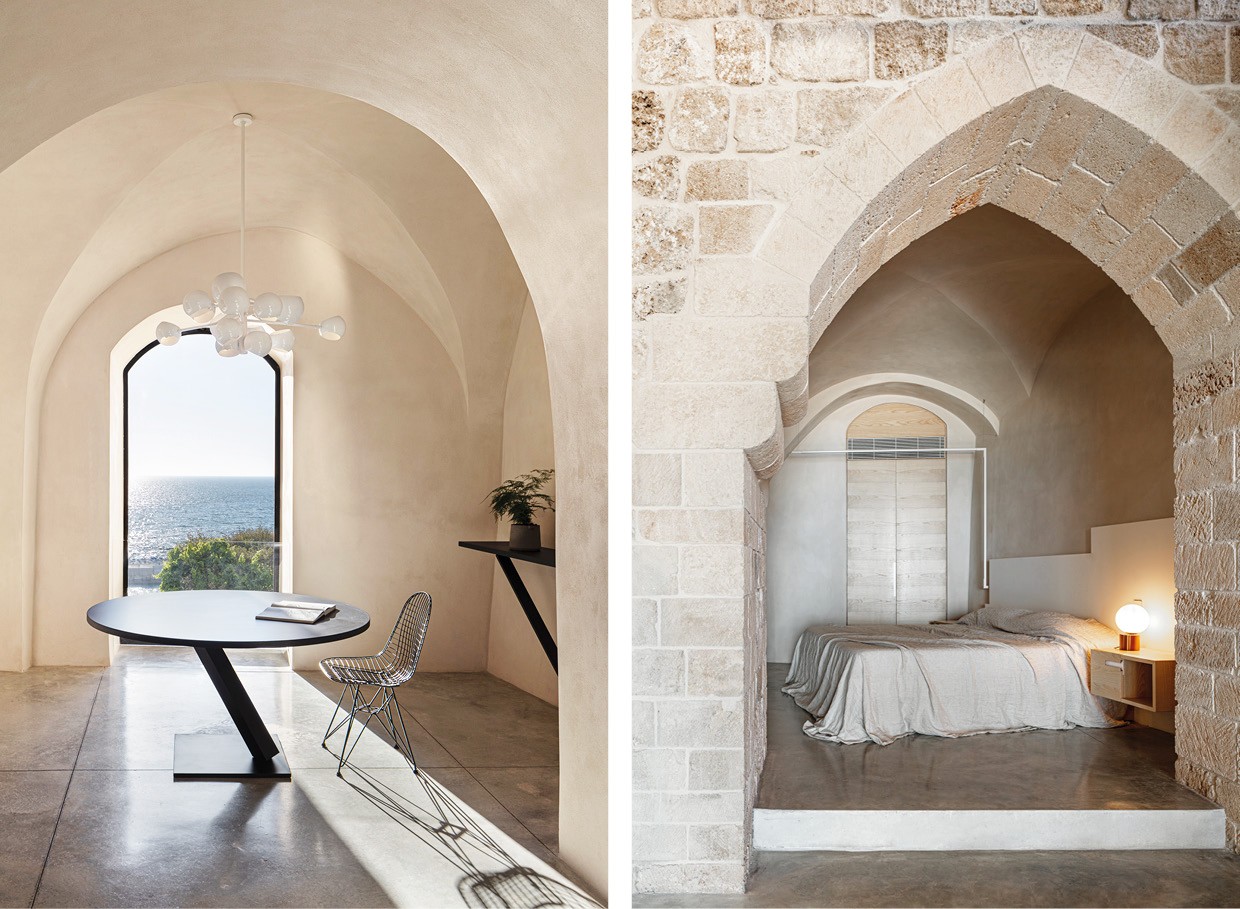 Far from a dull museum-like atmosphere, this house correctly evokes a design of modern sophistication and minimalist aesthetics. The deliberate absence of decoration and artworks sharpens the discretion of a luxurious modern interior design and makes the ancient architecture of this old Jaffa house more visible. 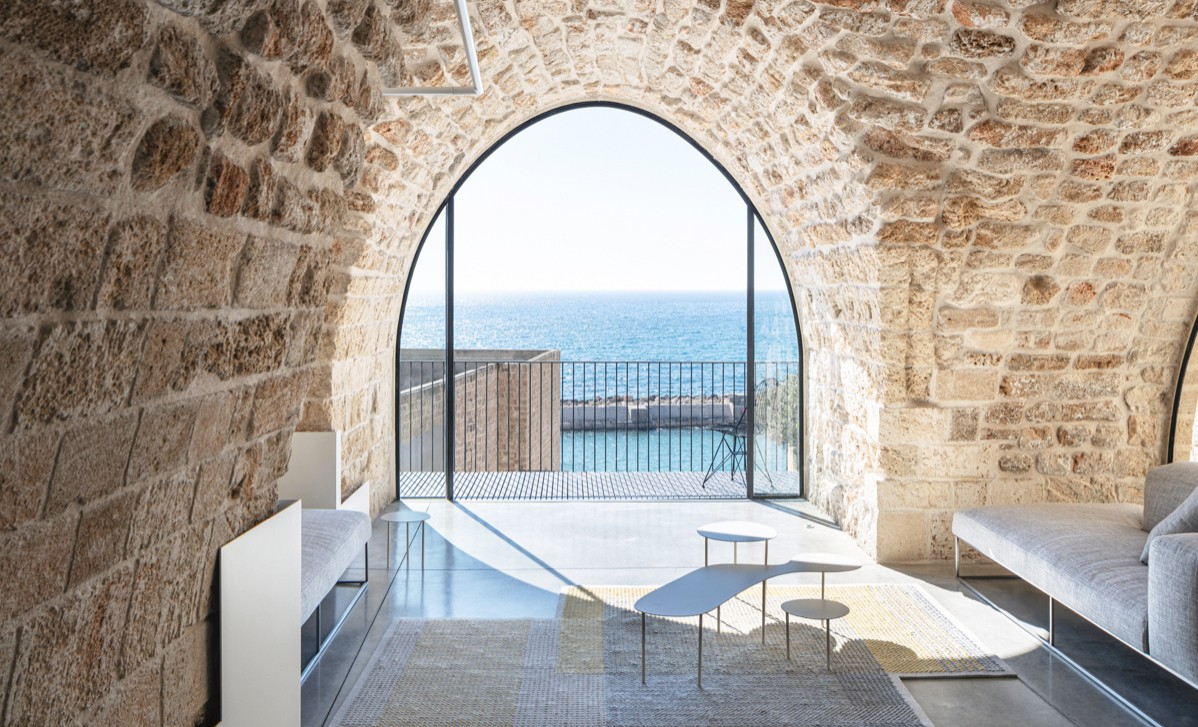 Sculptures with a meditating effect