Architects are masters of a grey zone between idea and design. This role of intermediary was one of the main sources of inspiration for La Casa Intermedia, a project of Equipo de Arquitectura. This time the studio aimed to develop a home that plays with the idea that all material creations start with an abstract idea. Imagicasa does not only find this a fascinating starting point, but also enjoys the tangible result. 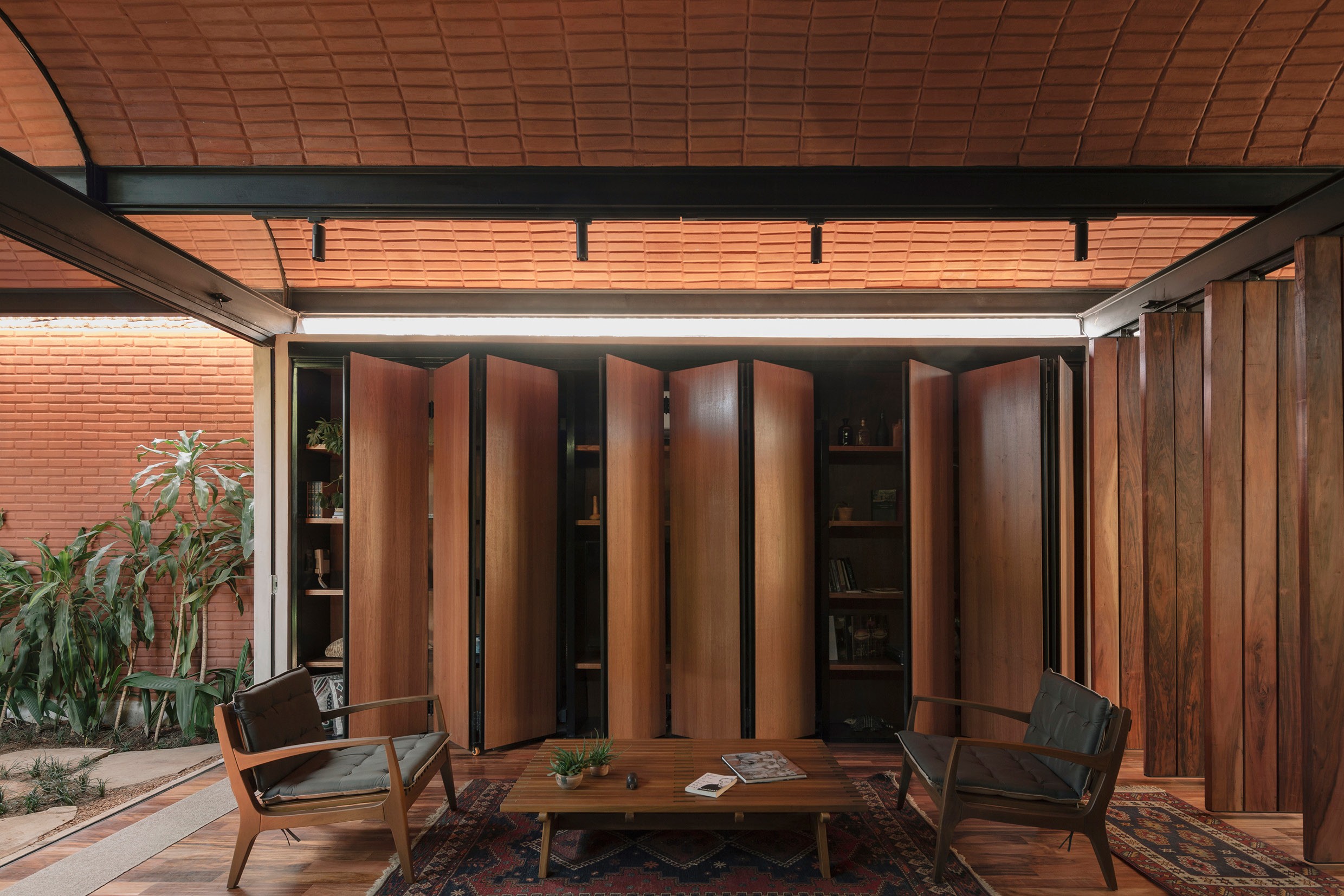 You can find La Casa Intermedia in Paraguay. This home covers 115 square metres and has a functional flexibility. That is to say, the social mingles with the private sphere, and the residents can apply transformations depending on their changing lifestyle. Parallel with their initial ambition, Equipo de Arquitectura also reflected about the favourite place within a house. According to them, this is the living area, which functions as some sort of intermediary zone where both sharing and receiving happens. Also important here is that the border between interior and exterior diffuses, and that they were devoted to natural ventilation. The natural character is strengthened by hand pressed bricks from uncooked earth; these were stacked on walls and vaults. In this way, a type of in-between-zone that feels organic and natural was created. 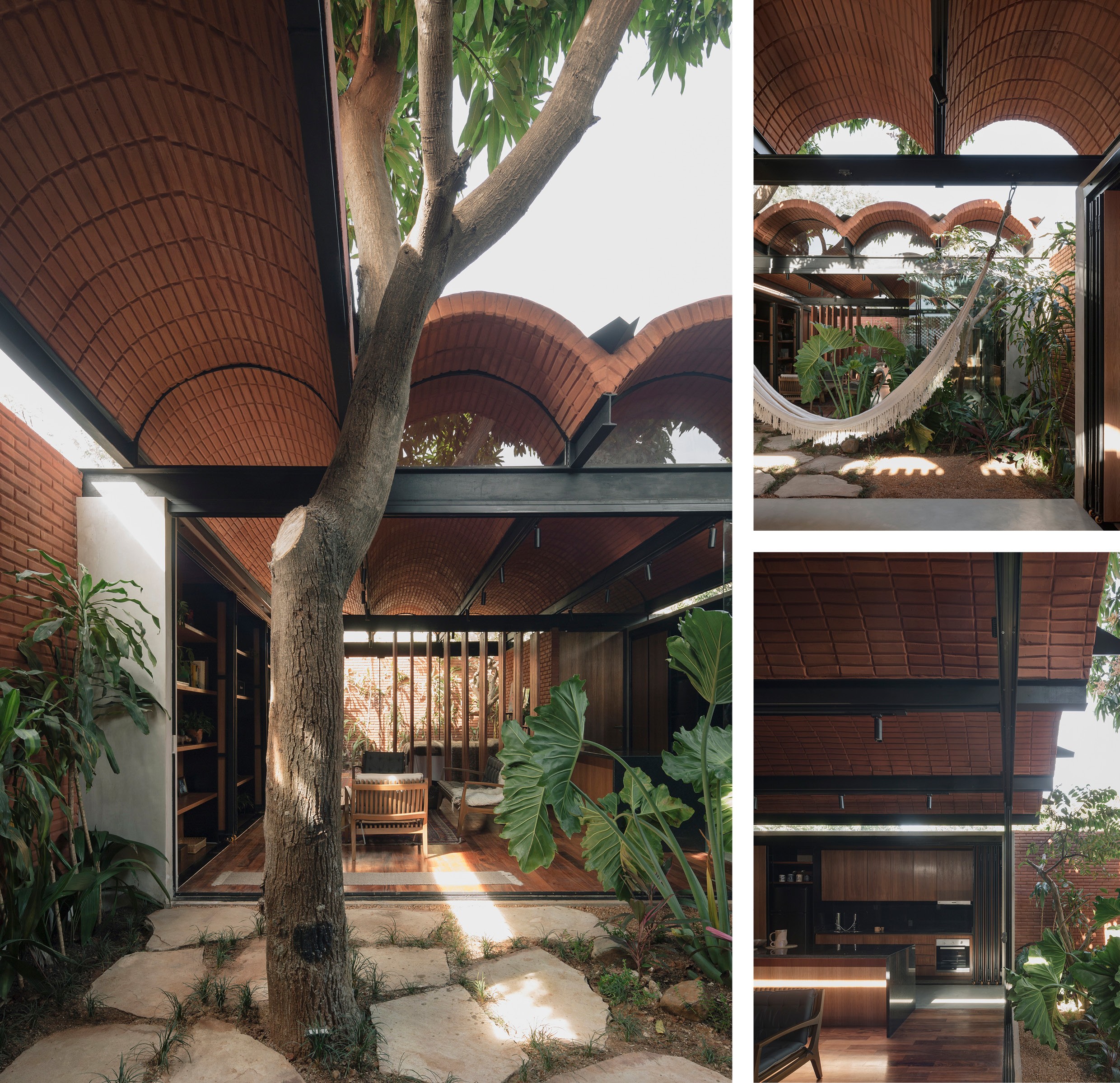 The organic nature of the home comes extra to the fore thanks to the overarching terracotta colour of the stones.

Another striking characteristic of this home is that the entire roof rests on the furniture that forms the perimeter of the building. A win-win situation, because this means that, in this case, the structural support can also take on a functional role. Moreover, the images exude a calming sphere; the openness and heavily present green undoubtedly have something to do with this. The organic nature of the home comes extra to the fore thanks to the overarching terracotta colour of the stones. At the same time, wood was used extensively in the interior, of which the shade nicely aligns with this. The inviting hammock obviously again enlarges the relaxed feel of the home. Those who live here are undoubtedly in harmony with themselves and with nature. The connections between the different rooms make that a visual fluidity incorporated in the layout. 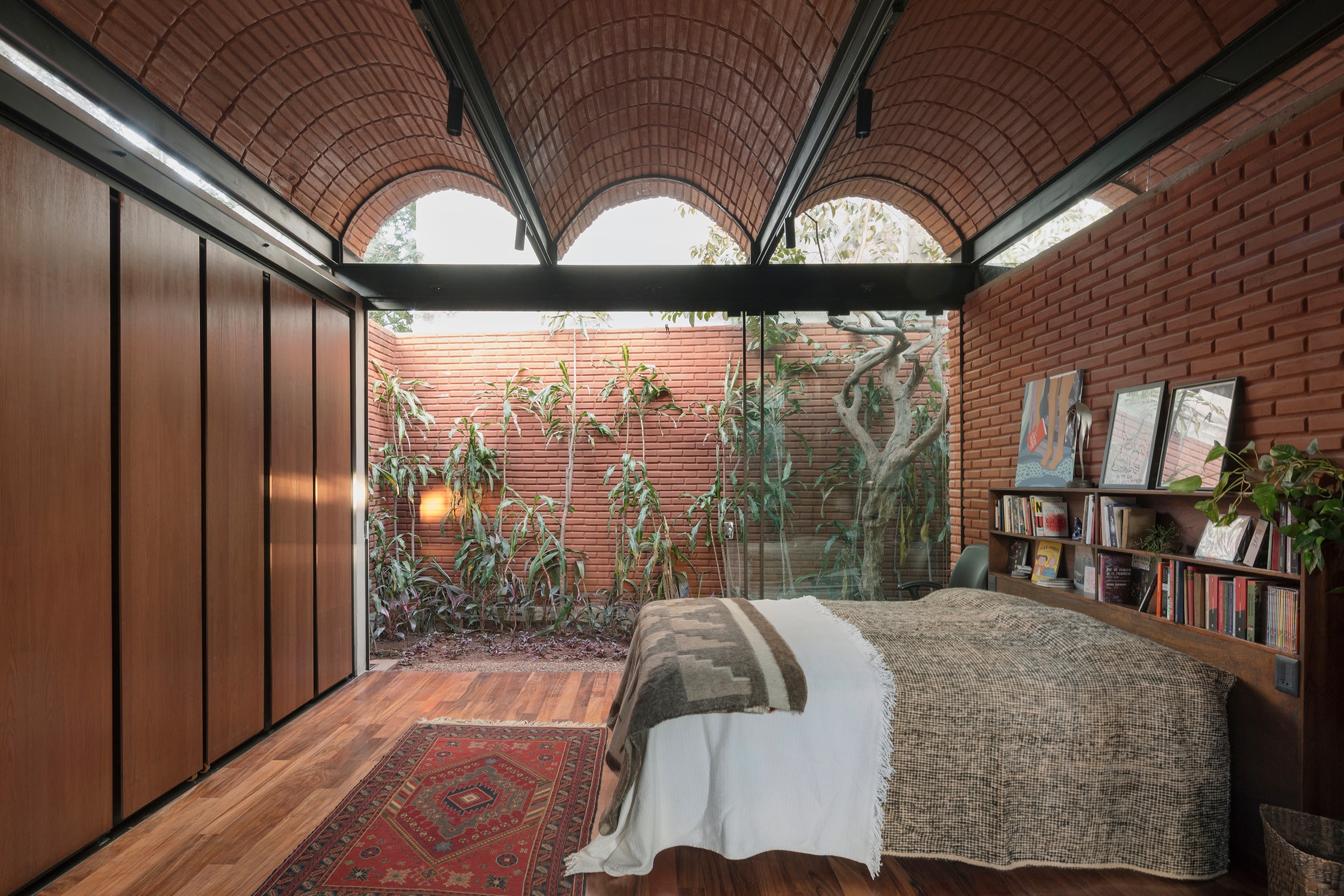 In La Casa Intermedia, Equipo de Arquitectura went to work with the idea of a grey zone. The border between idea and design, between open and closed, between light and shadow, is here examined in a peaceful yet ambitious way. Thanks to the abundant light and greenery, this project has grown into a relaxing home that invites to connect. 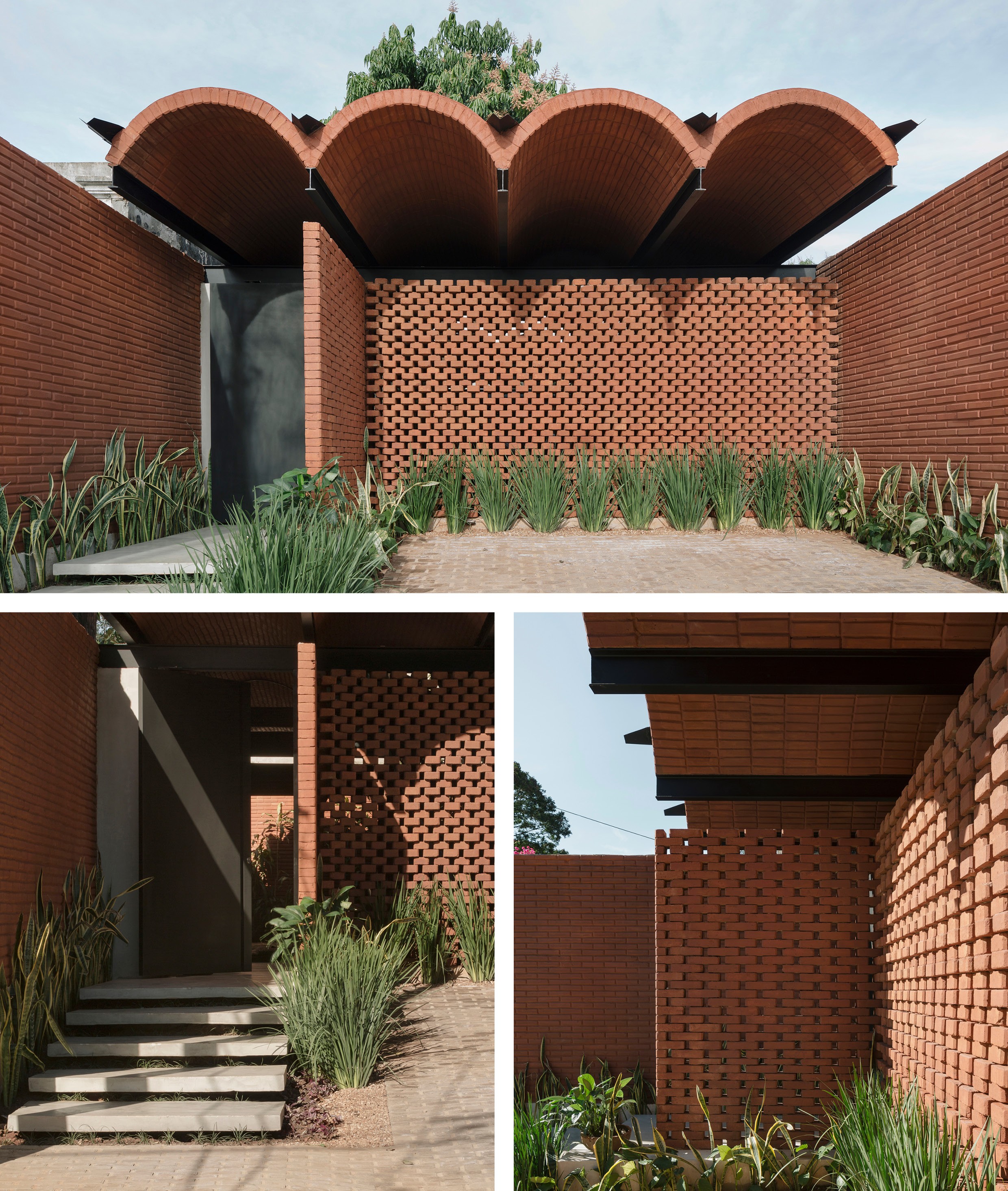