Respecting the roughness and irregularity of a chosen material, that's what the British designer Faye Toogood is all about. Her latest project, 'Assembly 4' or ‘Roly Poly Chair’, symbolises the journey to motherhood. This collection, and its different variants, are much more than just furniture.

The artist and designer Faye Toogood was born in 1977 in Rutland, England, as the daughter of a florist and a scientist. She decided to go in a completely different direction from her parents and studied art history and visual arts at Bristol University. After her studies, she had the opportunity to work at The World of Interiors. This design and decoration magazine has given her many opportunities. After a few years she even became the decoration editor of the magazine and she worked closely with Min Hogg, the British journalist, interior designer and co-founder of The World of Interiors. 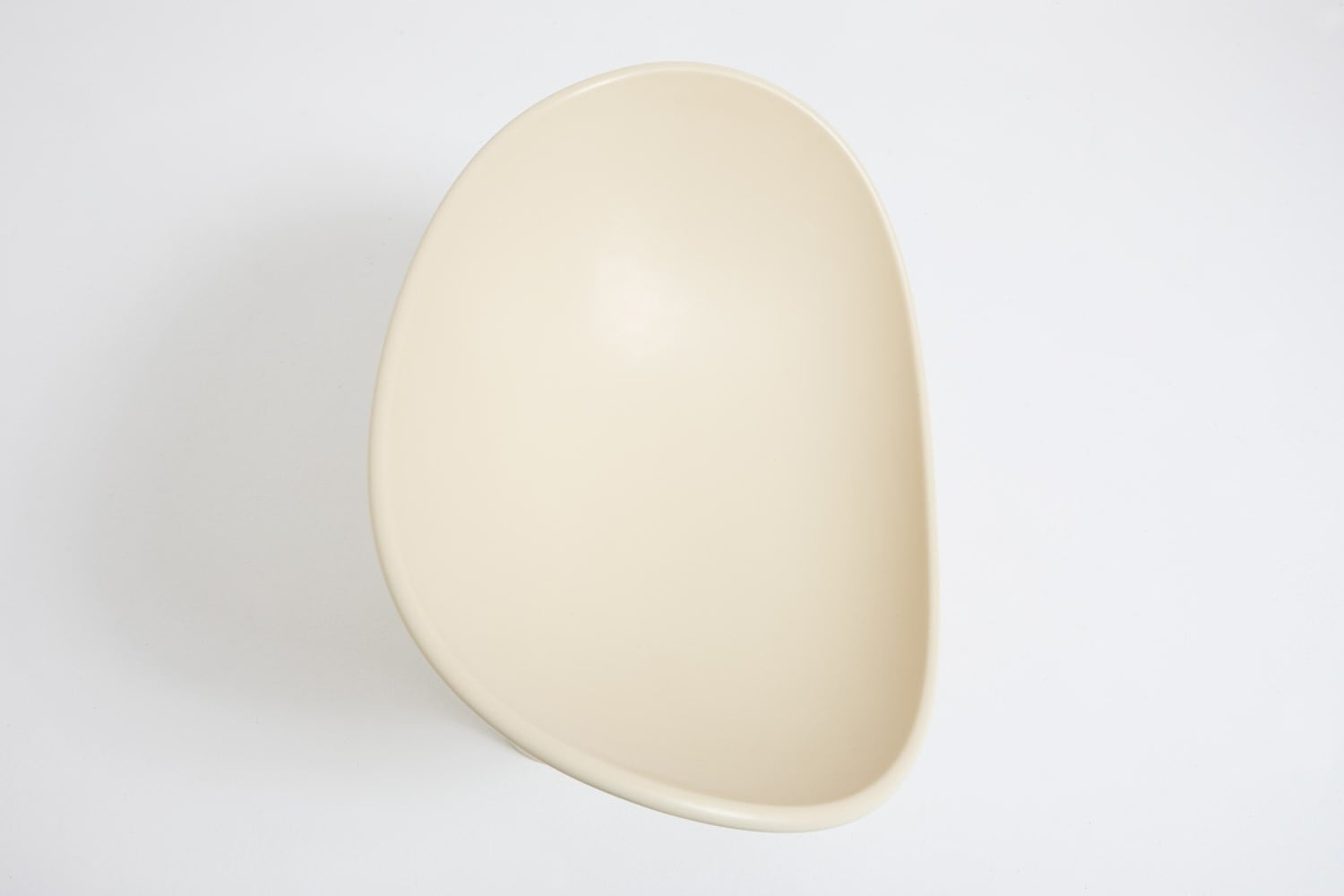 In 2008 she decided to go her own way and founded Studio Toogood in London. She focused on designing sculptural furniture and products. She also designed installations for retailers and fashion brands. These installations were often regarded as the 'antidote' to commerce. Her design objects and furniture are in fact a reaction to increased mass production.

Everything Faye Toogood makes, revolves around experimentation and materiality. The fact is that all her pieces are made by hand by traditional craftsmen and small, local factories. Moreover, it is extremely important for Toogood that the roughness and irregularity of the materials are respected. Colours reminiscent of the English sky and the rusty tones that can be associated with the abandoned industry are typical of her colour palette.

Toogood groups all her pieces in 'Assemblages' so that, when exhibited, they form a large entity and together they tell a story. Each 'Assembly' can be seen as a new project and for the designer a new project is a new opportunity to experiment with materials and processes. She also showed this in 2013 when she and her sister Erica founded the fashion brand Toogood. 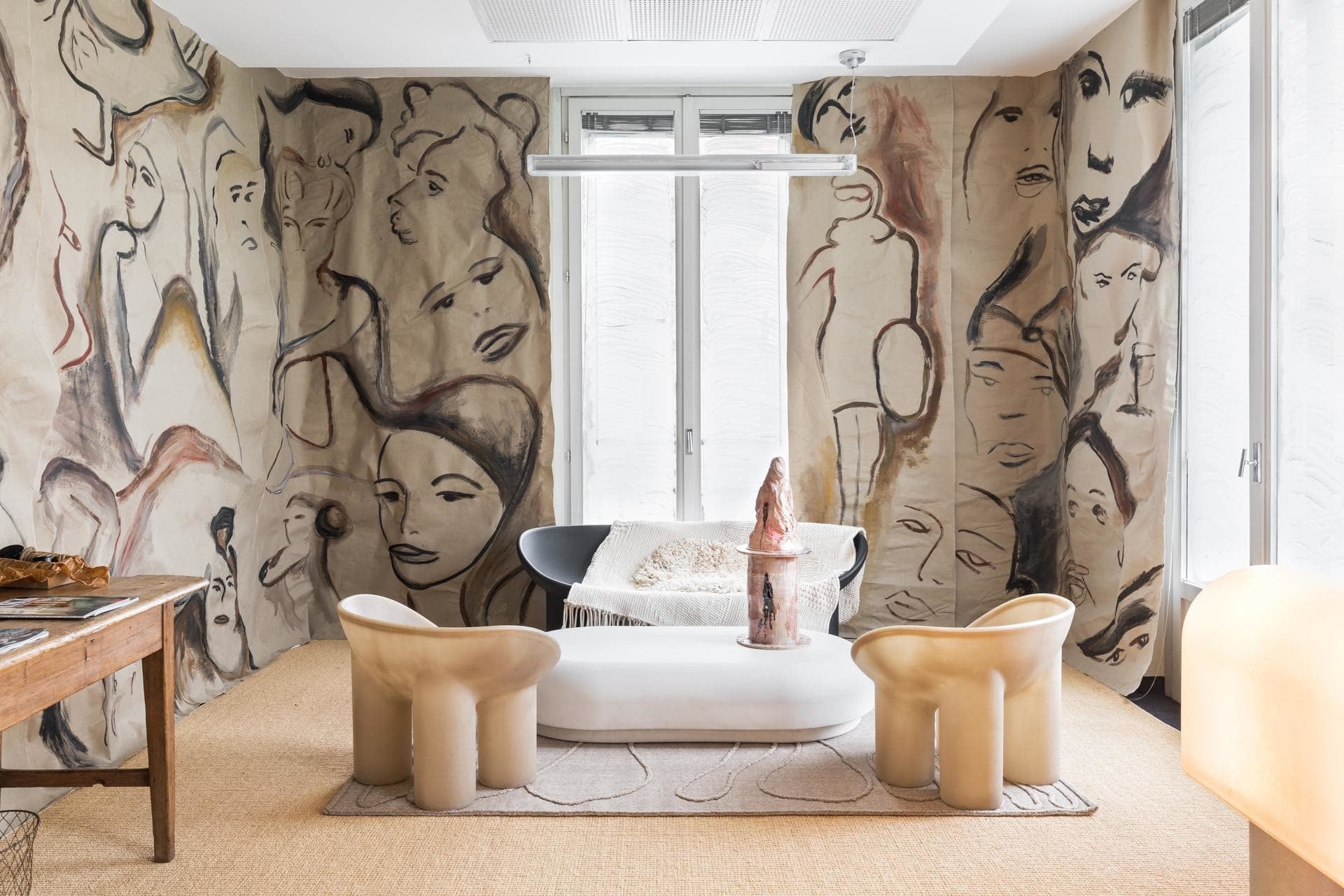 Everything Faye Toogood makes, revolves around experimentation and materiality. 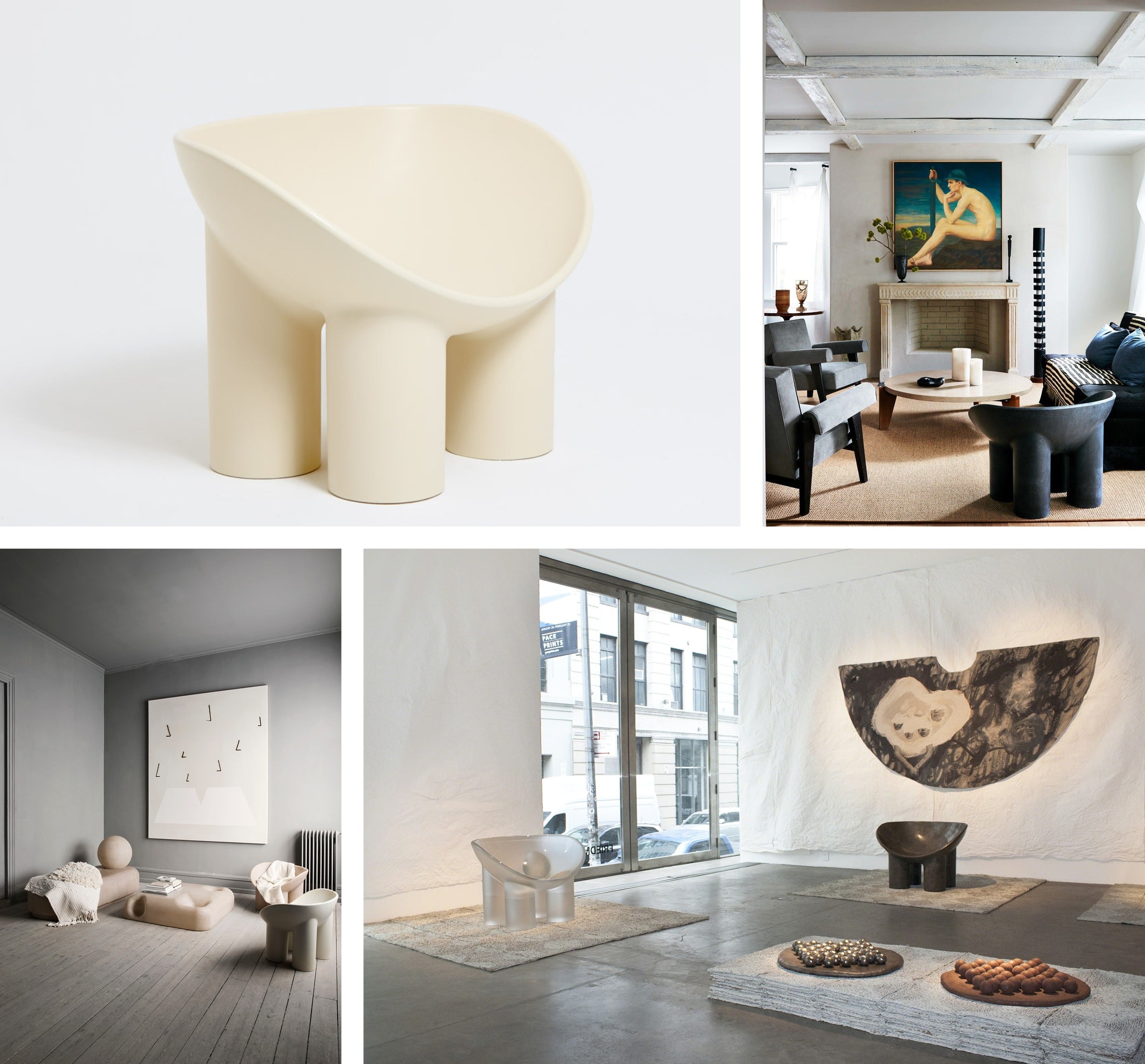 Toogood's fourth 'Assembly' was named 'Roly Poly Chair' and was first presented at the Project B Gallery in Milan in 2014. This project includes a low chair, a high dining chair, a table and a sculptural daybed. With its soft lines and round shapes, 'Assembly 4' is in direct contrast to the previous project that evoked a post-industrial feeling and was much more aggressive. Toogood has retained the geometric elements from 'Assembly 3', but they have only become rounder. The round shapes refer to her experience of pregnancy and the journey to motherhood.

The pieces are first made of clay in order to obtain the right shape. Then they are made from a cream-coloured fibreglass. This technique is often used in boat production because it guarantees durability and strength. The chair, which is made in the soft tones of beige, cream and white, is often presented in combination with a hand-woven woollen blanket to create a contrast between the chair's smoothness and the texture of the blanket. 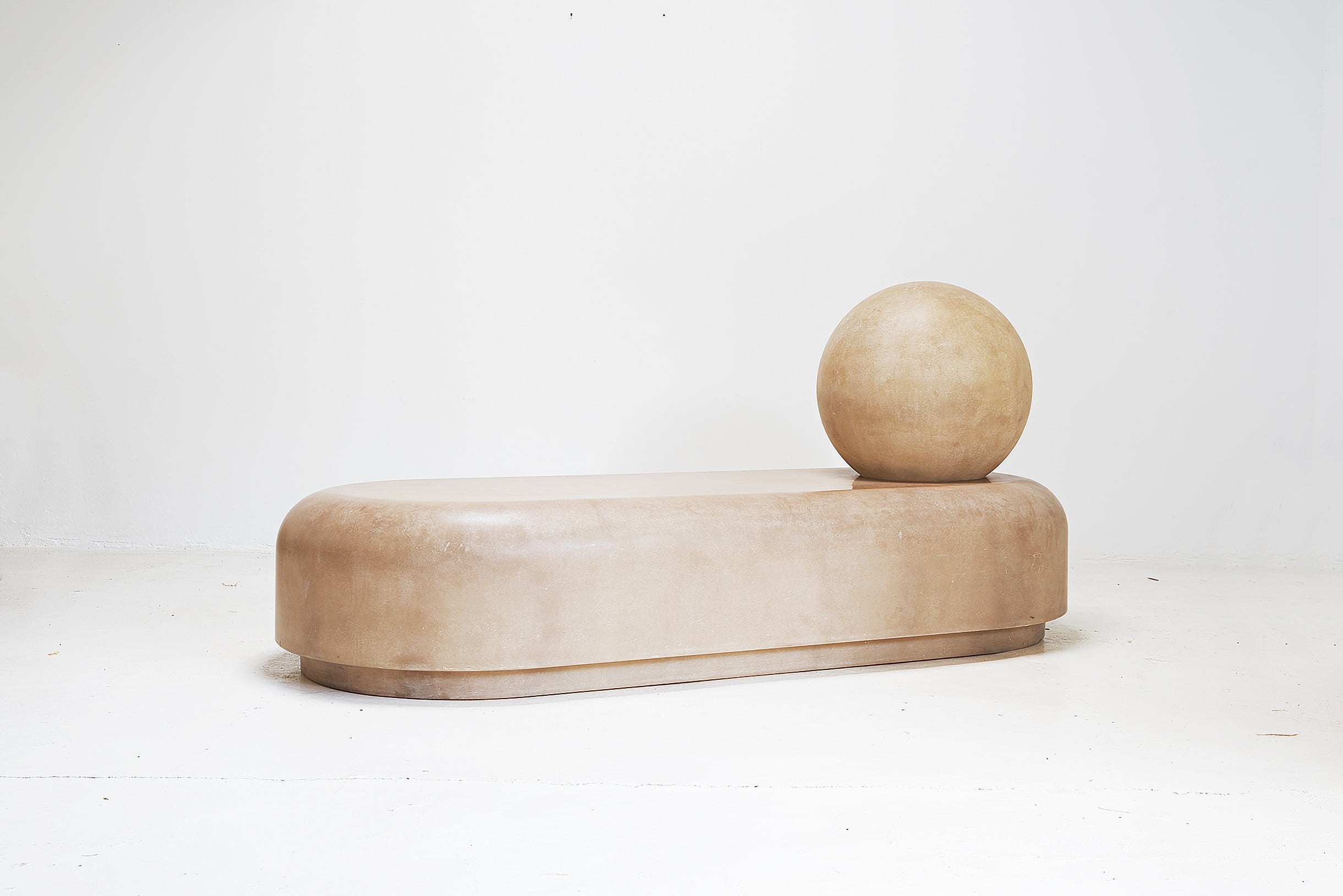 Toogood's next 'Assembly' will revolve around playing and mud formation. The chairs in the 'Roly Poly' collection will be re-created, but this time in solid glass and with mud as a starting point. The chair also has a variant with upholstered cushions. For this, the designer worked together with Italian furniture manufacturer Driade. This collection was also supplemented by a sofa that further develops the 'Roly Poly' aesthetics. Roly Poly is therefore much more than just a chair, it is a story that is reflected in the shapes and textures of a unique collection designed by Faye Toogood.

An architectural symbol for a liveable future