This project, called Arc Side, is the unique renovation by Jolson. It is characterised by rounded walls, a dramatic spiral staircase and white plasterwork. The transformation is a true architectural spectacle, as Stephen Crafti writes: ‘Restraint and meticulously detailed materials and finishes have elevated this home not just several “notches” but into a new realm.’ 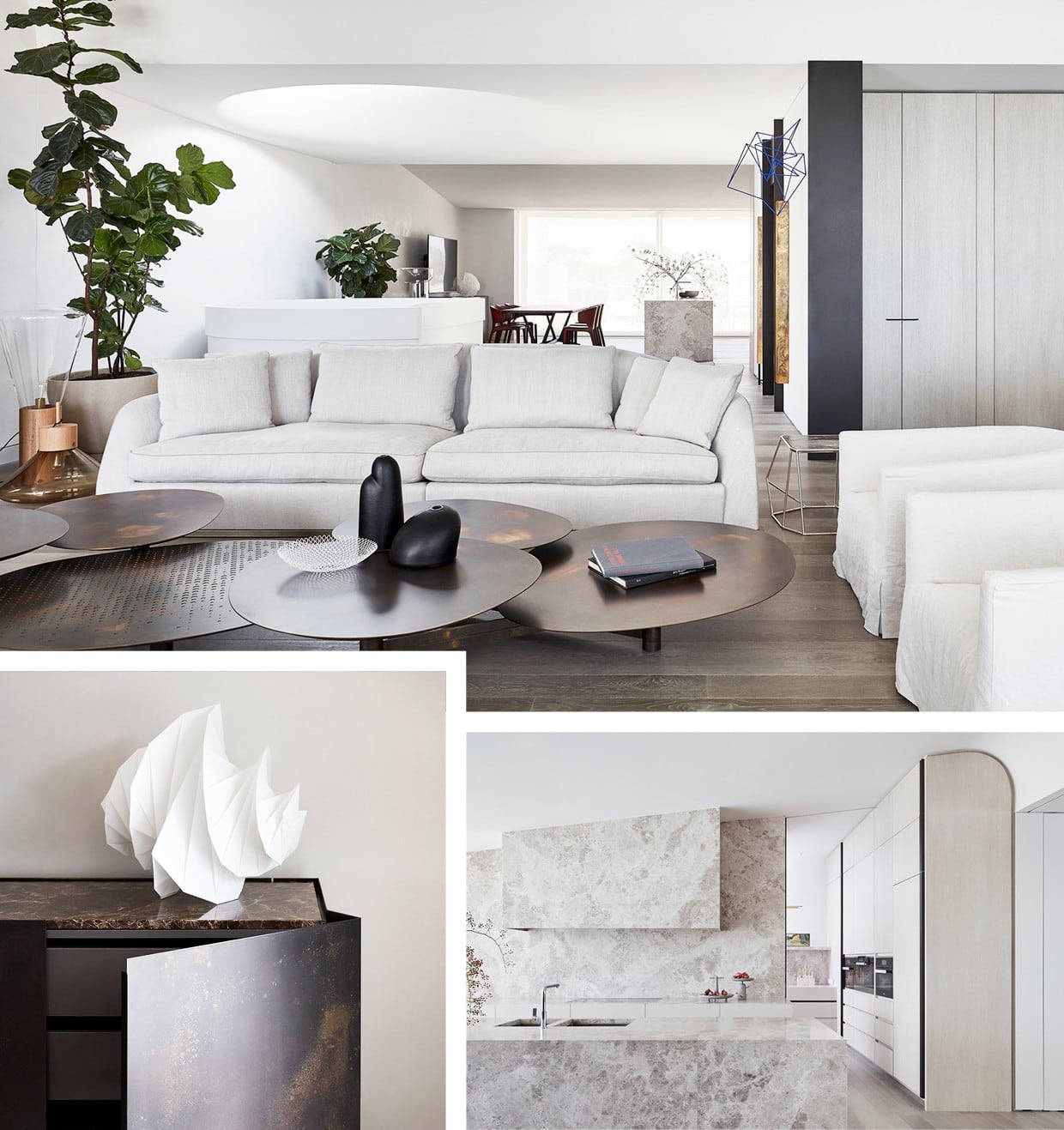 The original building was designed by architect duo Cocks Carmichael and completed in 2003. The owners decided it was time for something new and hired the Australian architectural firm Jolson to do a complete renovation of the building. The two flats were merged and transformed into a three-storey house. Cocks Carmichael's arch in the façade was the inspiration for the rounded elements in the building.

Instead of orthogonal lines, the architects opted for expressive curves. 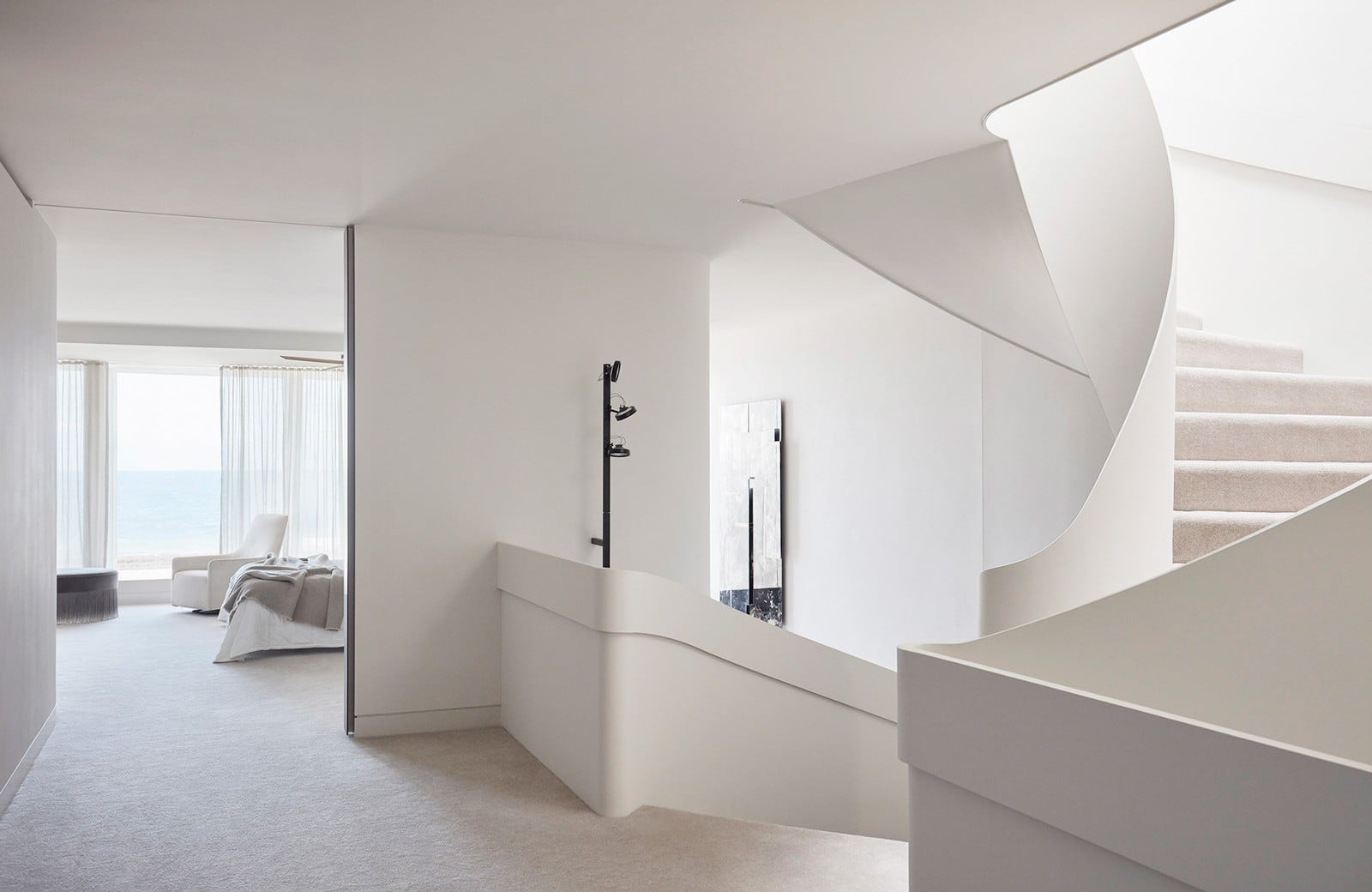 Jolson decided to strip the old building completely, only the building envelope and the roof were spared. Inside, every wall and floor was demolished to connect the rooms. This created sightlines across the floors and raised ceilings. The dining and living room are located on the top floor to take as much advantage of the light and the views as possible. To make the spaces flexible, the interior designers added sliding doors that can close off rooms when more privacy is required. 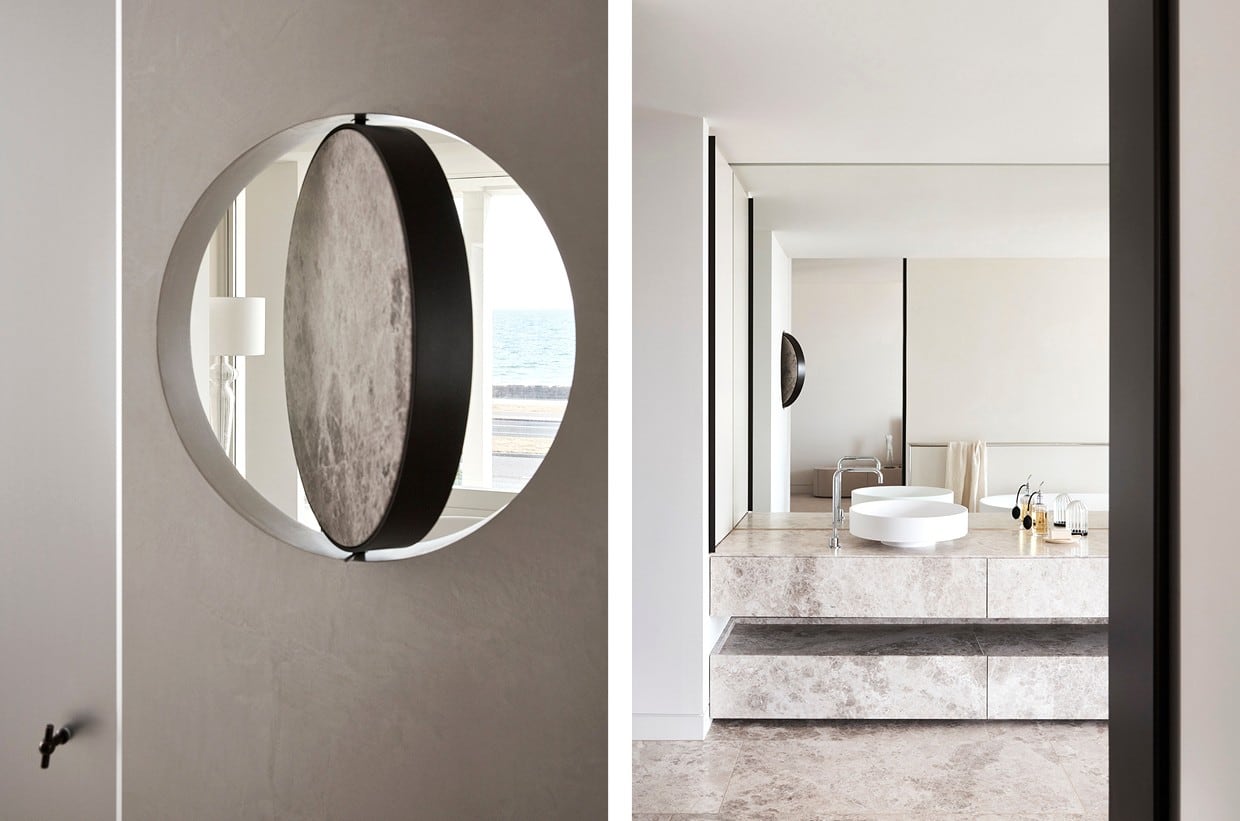 The most striking element of the house is the dramatic spiral staircase, entirely built in white. The spiral staircase stands in a central, seven-metre-high atrium and constitutes the connection between all three floors. In the interior the materiality was kept restrained with white plastered walls, natural stone countertops, wooden floors and brass details. The simplicity of the decoration makes the unique formality speak for itself all the more. Jolson took a risk and tried something new with Arc Side. Instead of orthogonal lines, the architects opted for expressive curves. This daring choice was very successful without a doubt. 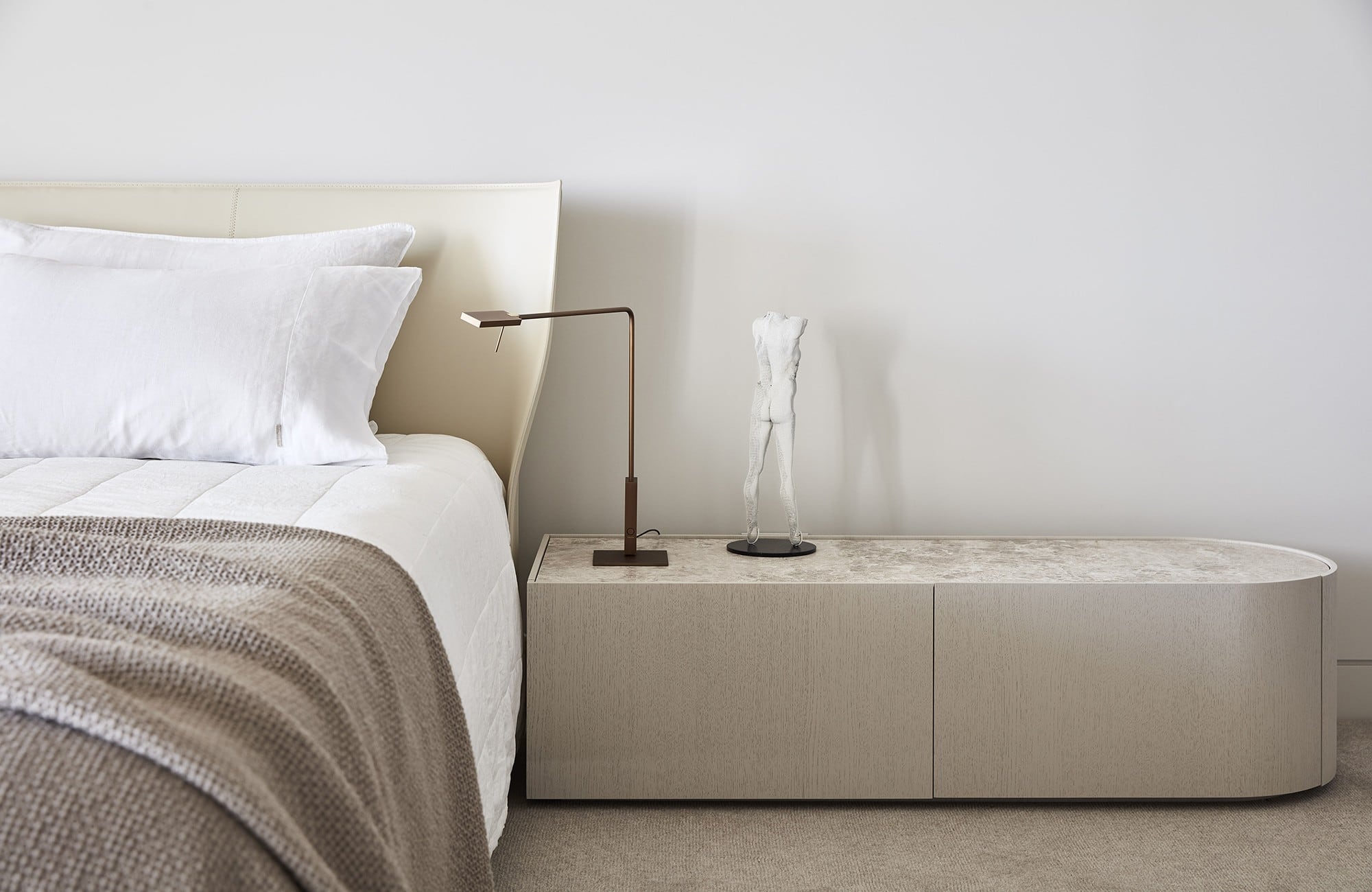