At this moment, Koushar Villa was already partly built, which created an extra challenge for the architects of Next Office. Fortunately, the studio decided to convert the structural limitations into possibilities. The huge void, surrounded by columns, in the middle of the house obstructed all the natural light. This resulted in the choice to completely redesign it. In the architects' concept, one of the façades was presented as an elastic wall. This was then 'pulled in' so that it overlapped most of the void and the open façade was closed off with an enormous section of windows. The result is an organic wall that connects the interior to the exterior and gives the void a completely different character.

The studio decided to convert the structural limitations into possibilities.

Organic walls are a structural challenge that Next Office accepted without hesitation. They recycled the existing structure that became the guiding principle for the new design. This created space for various charming nooks such as a number of curved balconies and a unique incidence of light. The façade and sloping interior walls add dynamism to the mostly rectangular house. These sloping lines refer to the view you see from the location: the Alborz mountains. This is why the project is called 'koushar', which is the Persian word for 'mountain'. 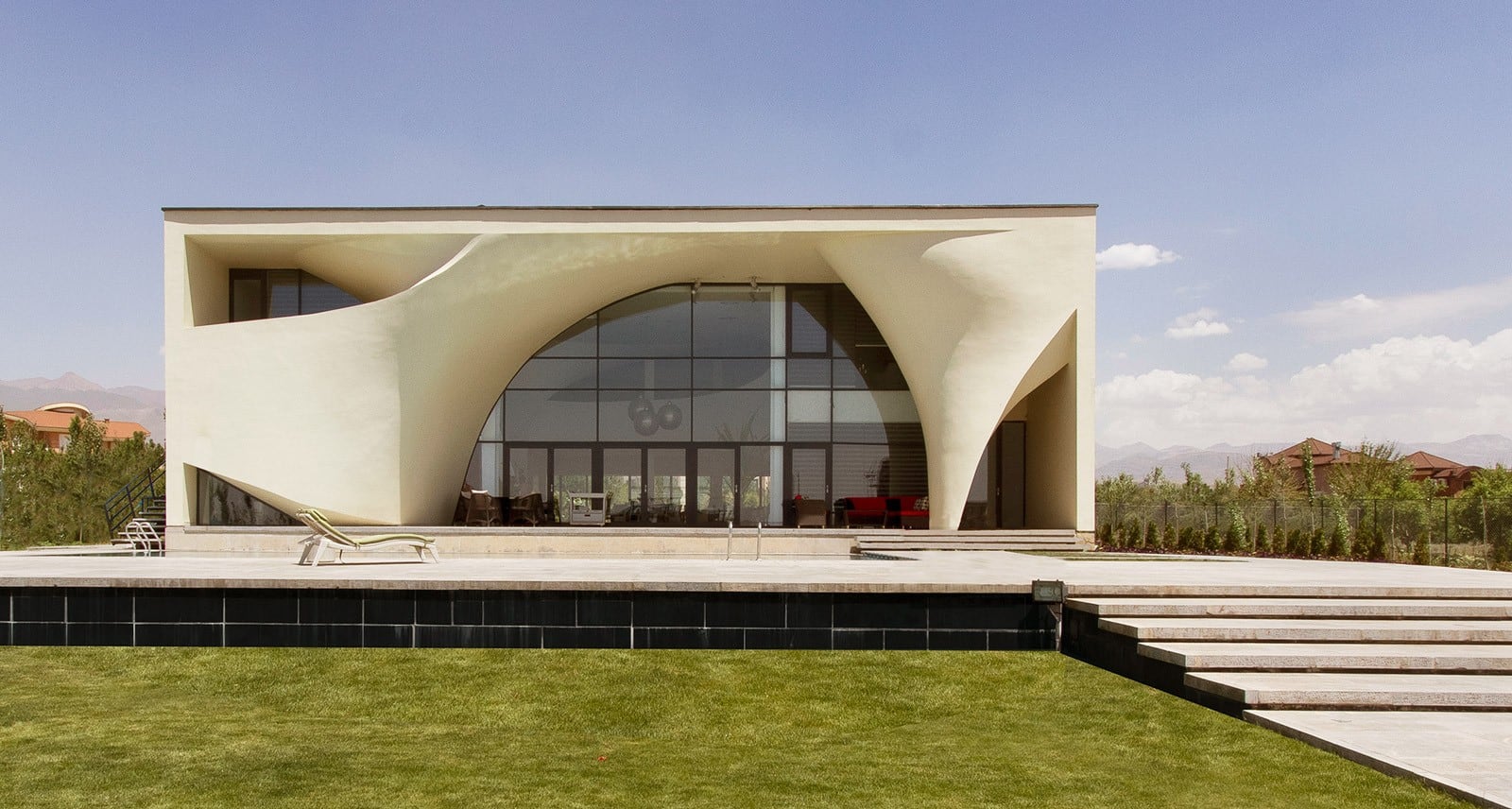 With Koushar Villa, Next Office offers a fresh perspective on contemporary architecture. They are not afraid to take on a structural challenge and try new things. And that pays off because Koushar Villa is a home you won't easily forget.

A lack of stars