Design with a personal connection

In 2019, Timothee Mercier, founder of Studio XM (Extra Medium), completed the renovation of a dilapidated farmhouse in Vaucluse for his parents. Located at the foot of a hill in the French countryside, the building was transformed into a luxurious guesthouse.

In 2001, Timothee Mercier's parents bought a piece of land in Vaucluse, south-eastern France, with the idea of converting the existing farmhouse into a home. The plan to renovate was denied by the municipality and the already dilapidated building continued to deteriorate. After another fifteen years, they finally got permission to tackle the construction. The project, now called MA House, forced Mercier to work closely with his parents. Mercier describes the collaboration as follows: ‘If my mother’s personality can be found in some elements of the house, my father’s personality is visible in the process.’ MA House became a project of the three of them where everyone significantly influenced the final product. 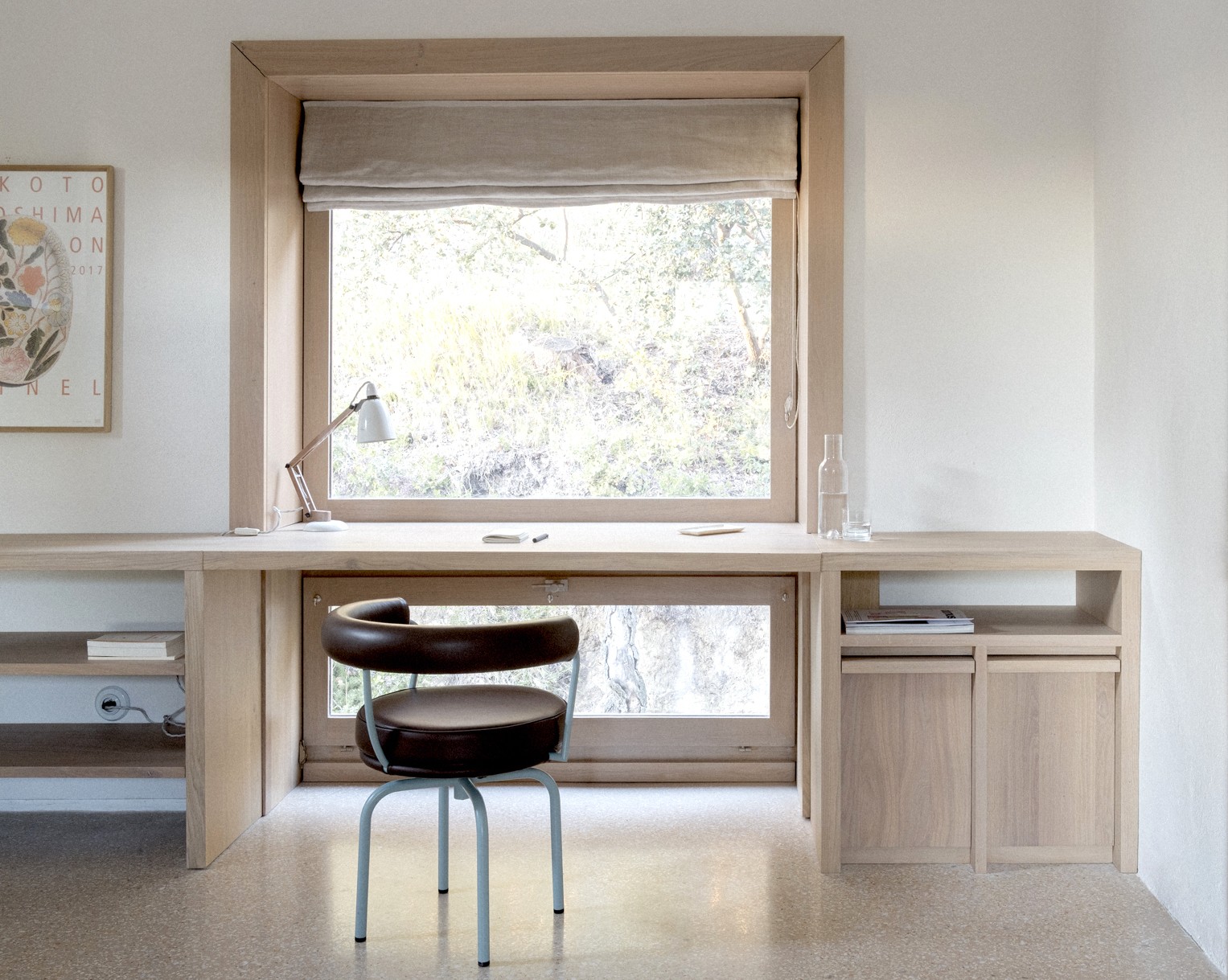 Mercier’s personal connection with the site is what makes the project so special.

The initial renovation plan was to make a semi-independent guesthouse out of the old farmhouse. As the project progressed, the house became larger and completely self-sufficient. Part of the walls were built using stones from the original construction and the roof tiles were also reused. The walls are plastered with chaux, a local lime plaster with an organic, uneven finish. The interior has an open plan and a pared-back, discreet design with built-in furniture in light-coloured wood. A striking element is the bathtub, which is entirely made of Hinoki cypress wood. 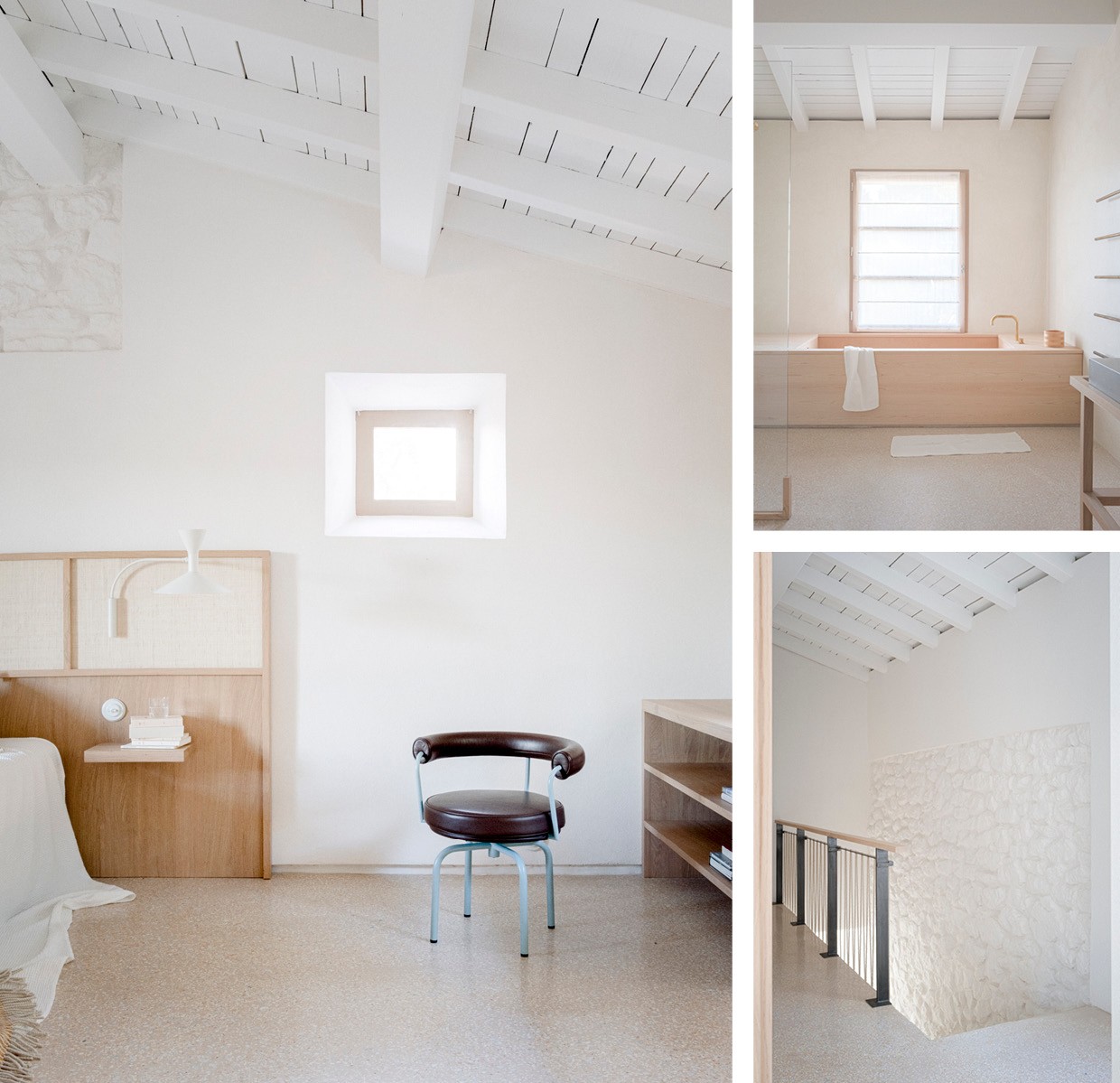 Mercier’s personal connection with the site is what makes the project so special. He is grateful that he can visit the building regularly. ’Not a lot of architects can live in the spaces they design for others,’ the Frenchman explains. MA House is a beautiful addition to the hilly, natural landscape. The sober style and respect for the environment reflects the unique collaboration between parents and son. 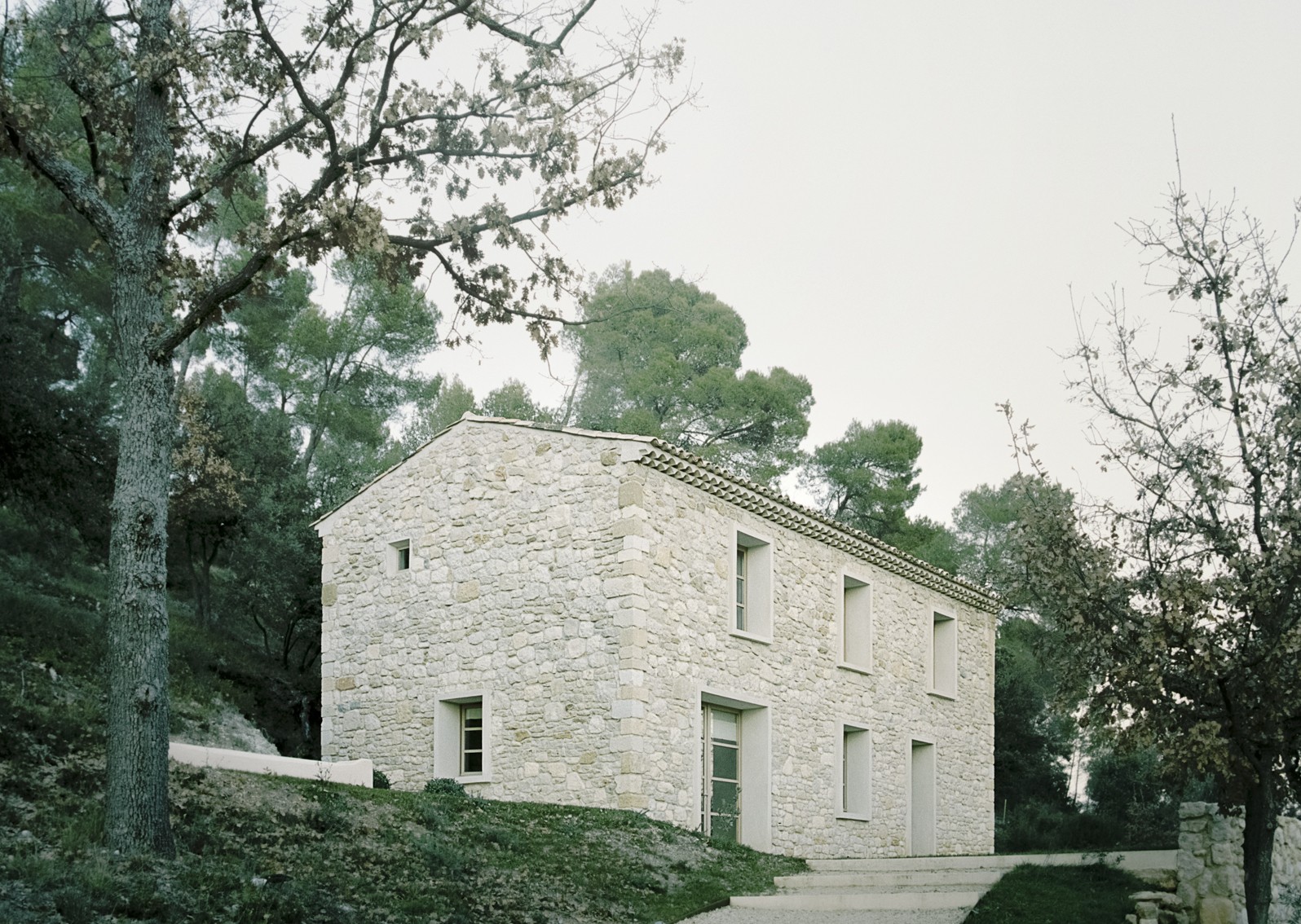