Lorenzo Corti Architects (LCA) is an architecture studio founded by Lorenzo Corti in 2016. The studio is known for its residential projects in a calm, minimalist style. Gran Via is one of these beautiful projects by LCA and it is located in the north of Spain. An abundance of light and natural materials are the two main characteristics of the interior. 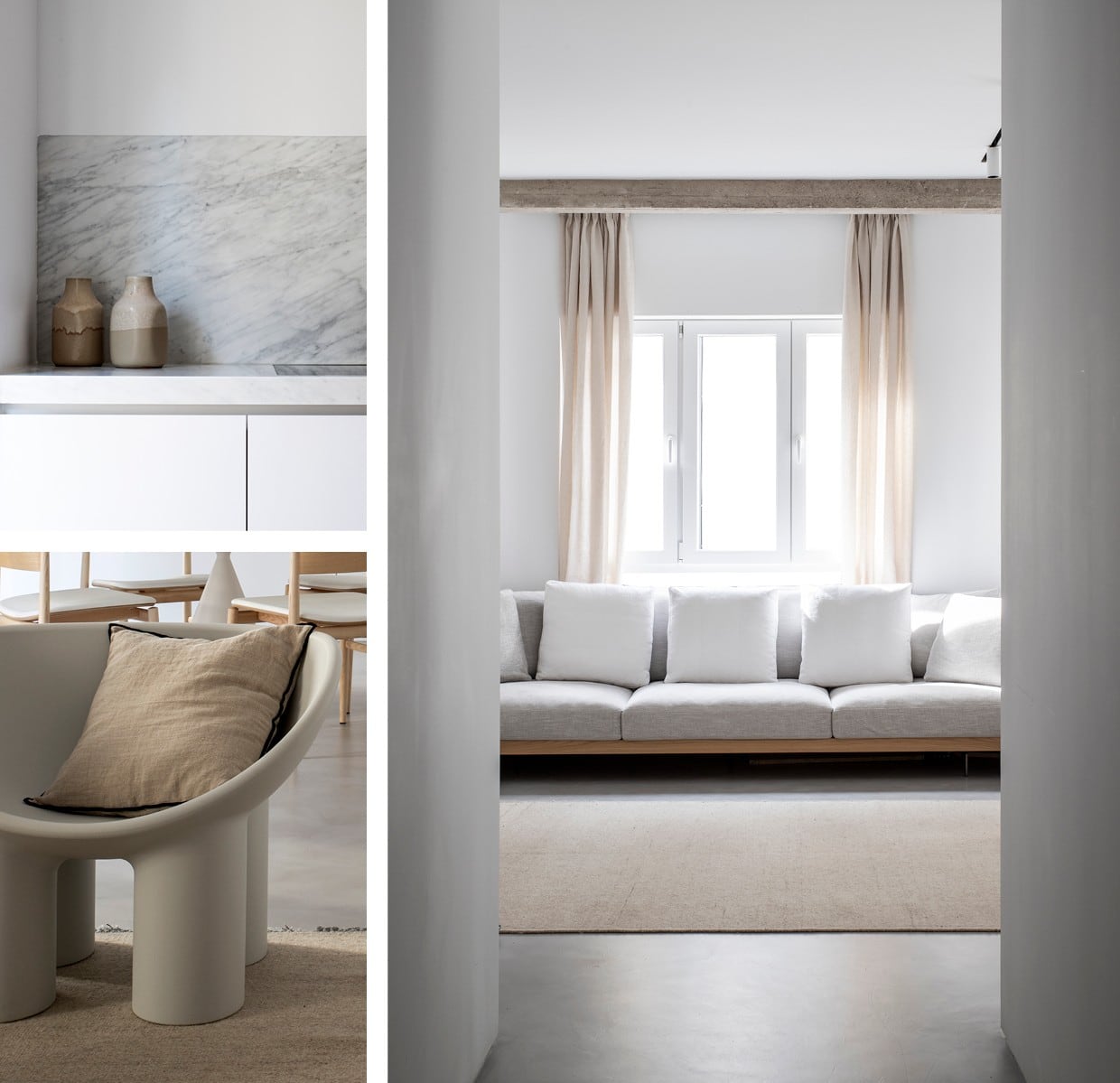 The spacious three-bedroom apartment is housed in an Expressionist building from 1930. The home used to be divided into several rooms which were connected by a dark corridor. The architect wanted more light so he decided to demolish several walls to create an open space that serves as a kitchen, sitting and dining room. For structural reasons and as a reference to the old layout of the rooms, the concrete pillars were retained.

Gran Via is a beautiful minimalistic house that seems simple at first sight. 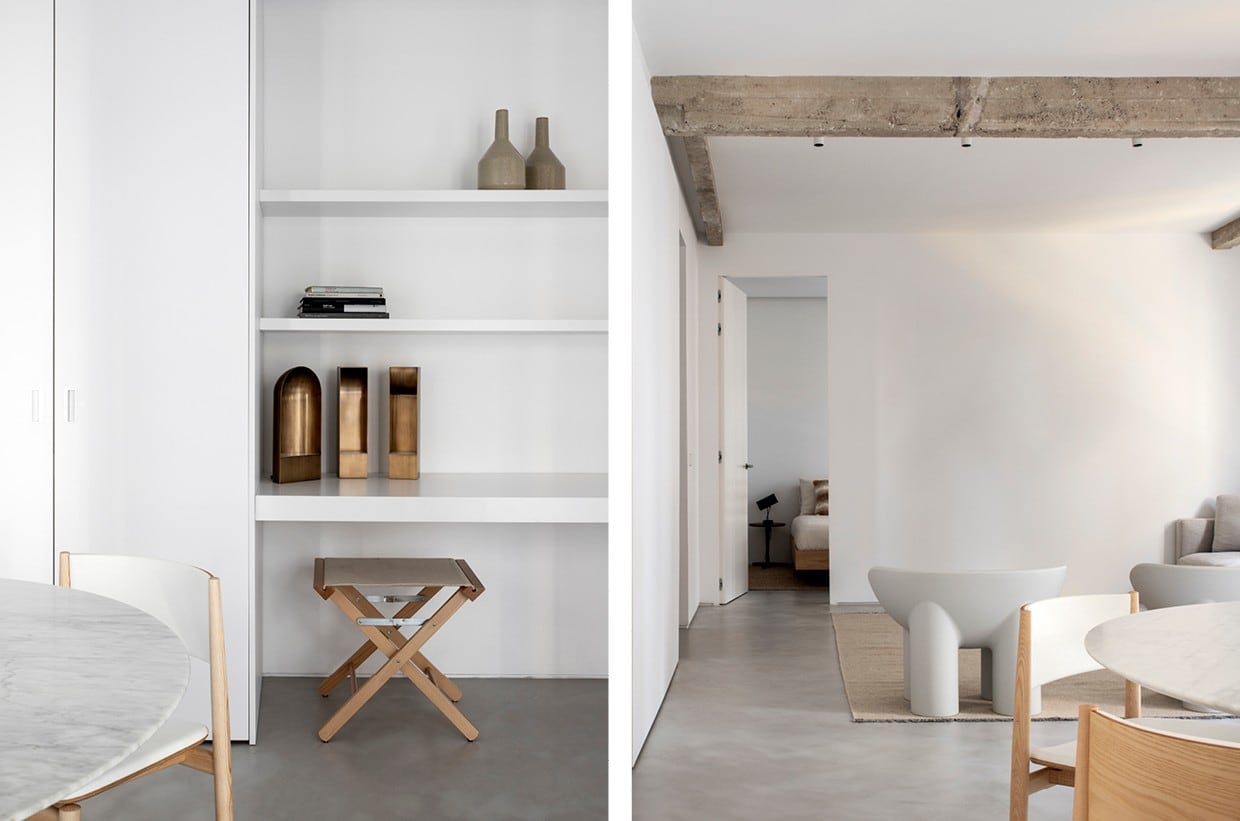 The interior is characterised by smooth white walls, minimalist design, beige and marble accents and the rough concrete pillars contrasting with the smooth textures of the rest of the rooms. Storage spaces are hidden behind sleek walls and cupboard doors like the invisible extractor hood in the kitchen. In the living room, Corti placed a hidden workspace behind a sliding door and each decorative element has been carefully selected and placed.

Corti chose to make the house more energy efficient using a new heating system (underfloor heating), extra insulation and the use of new double windows. Gran Via is a beautiful minimalistic house that seems simple at first sight. Yet there is more behind the smooth walls and the shiny micro cement floor. This is surprising about minimalism. A calm, sleek interior often hides a complex and clever system designed to make the life of the resident as easy as possible.