Architect and interior designer Artem Trigubchak lives in the Ukrainian capital Kiev, but has already realised commercial and residential projects in various places. We would like to take you with us to Minsk, where this fascination apartment combines compactness and spaciousness.

Some time ago the name Artem Trigubchak was already picked up by several international magazines and platforms when his design for the Breadway Bakery in Odessa was launched. This collaboration with interior designer Lera Brumina was a great success and was particularly appreciated for its sugar-sweet colour palette and playful, organic shapes reminiscent of a set in a Wes Anderson film. We already noted then that we could expect a lot from Trigubchak and now it's high time to put another project of his in the spotlight. 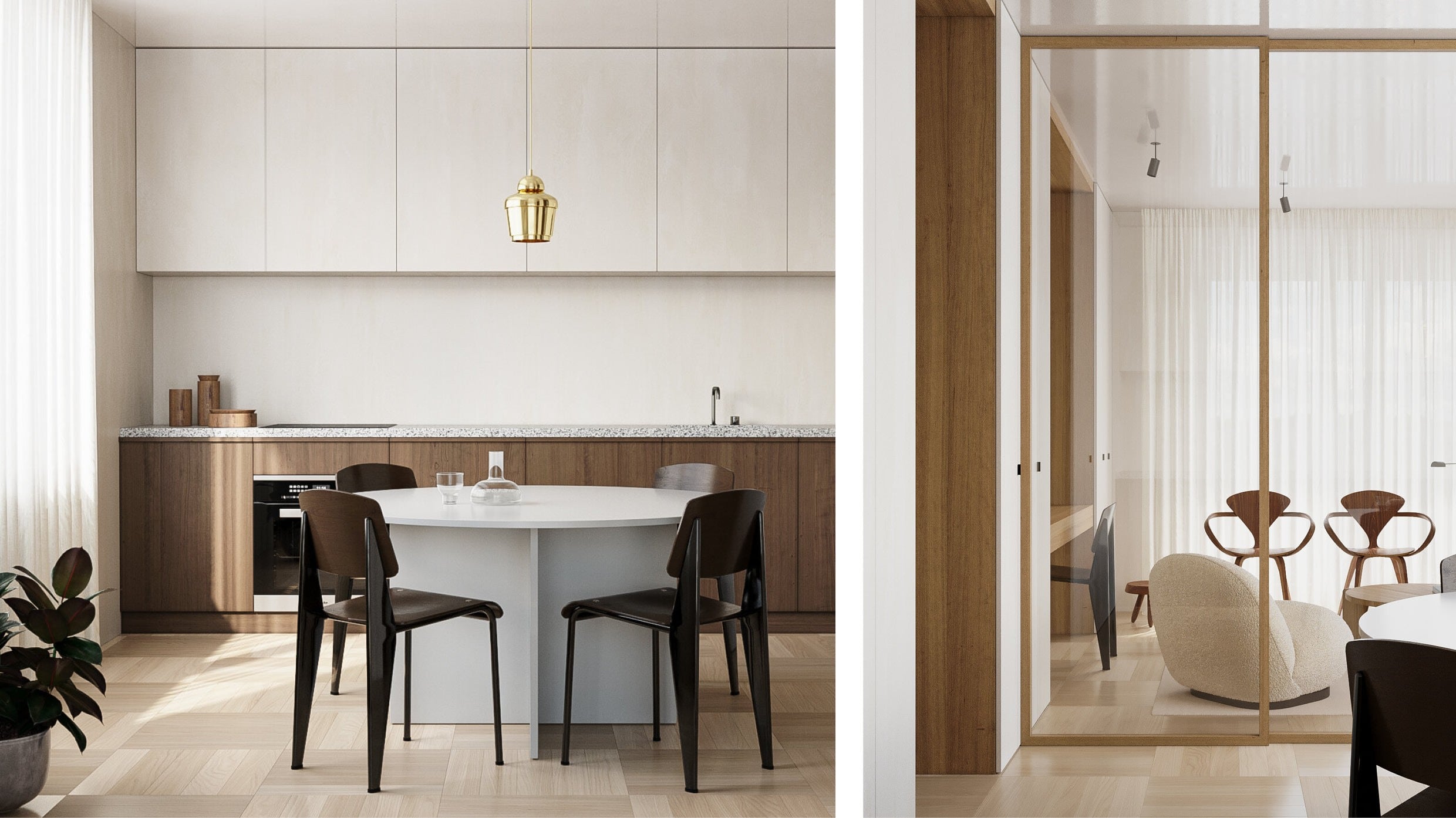 The neutral colour palette creates a sea of space 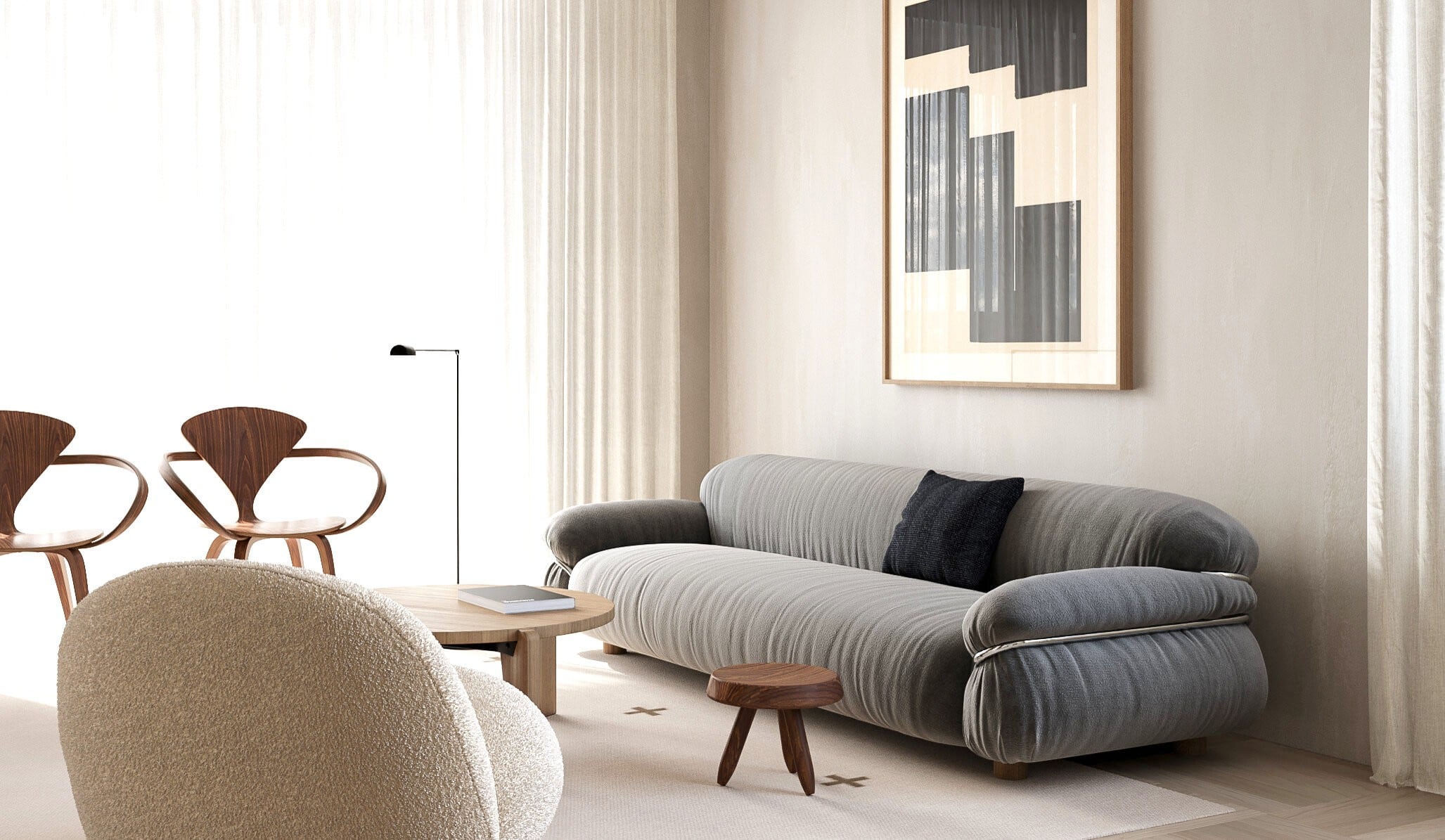 NB Apartment in the Belarusian capital Minsk, however, seems a big step away from the bakery visually, but is no less inspiring. The relatively limited surface area made the designer resort to a neutral colour palette of (off-)white, beige, grey and various brown woods. Trigubchak combined this with an ingenious layout of the spaces. Comparable to a hotel concept in which a space has various functions, this approach is a smart way to save space and at the same time creates spaciousness. 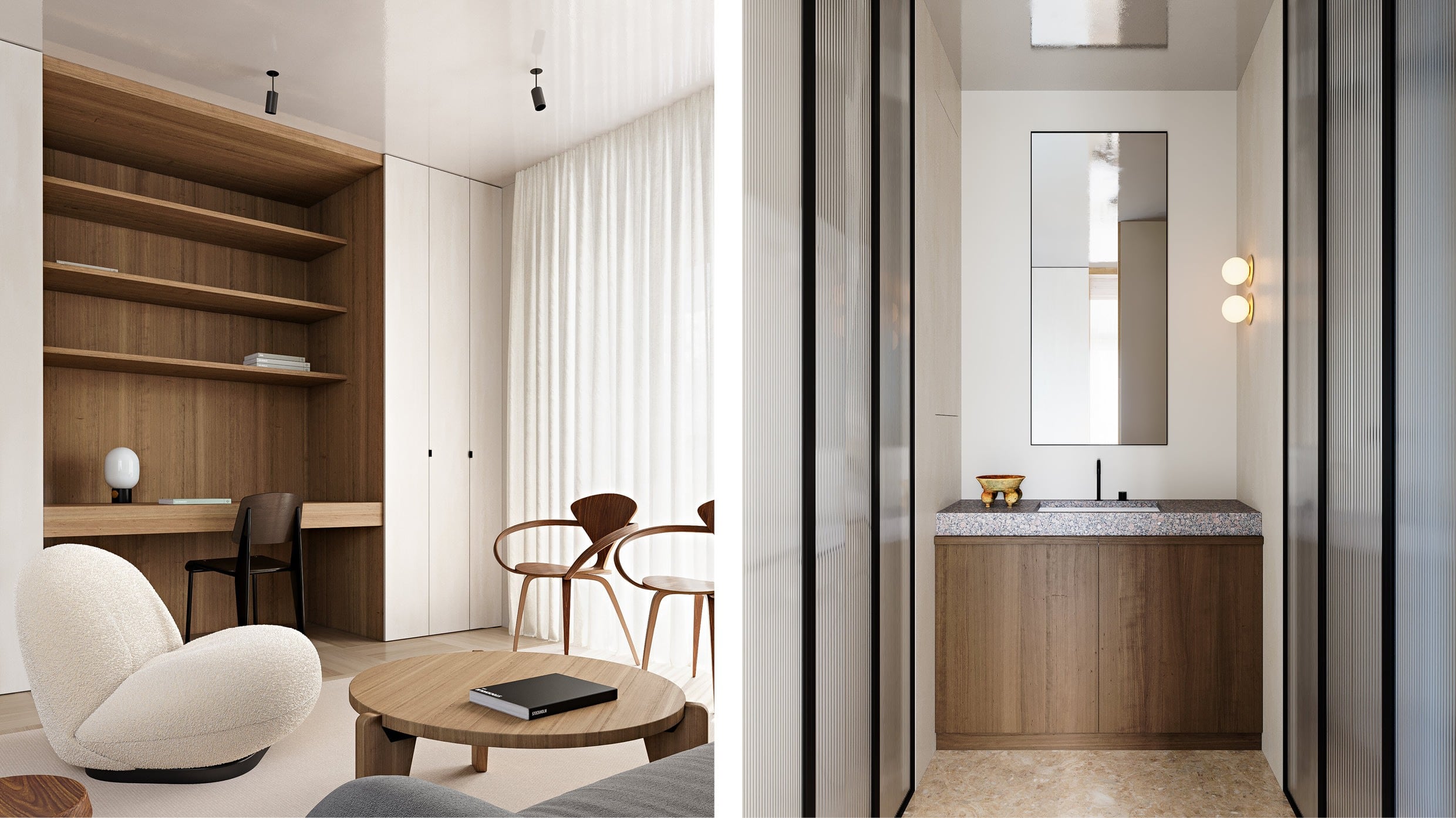 Nevertheless, this project shows some playfulness and the neutral palette is anything but monotonous. Just look at elements such as the twisting wooden chairs in the living room, the interesting motif of the parquet, the soft 'Pasha' armchair by Gubi (designed by Pierre Paulin in 1975) and the 'Sesann' sofa by Gianfranco Frattini for Cassina. So in all its simplicity, NB Apartment is still very intriguing and we can't take our eyes off these images! 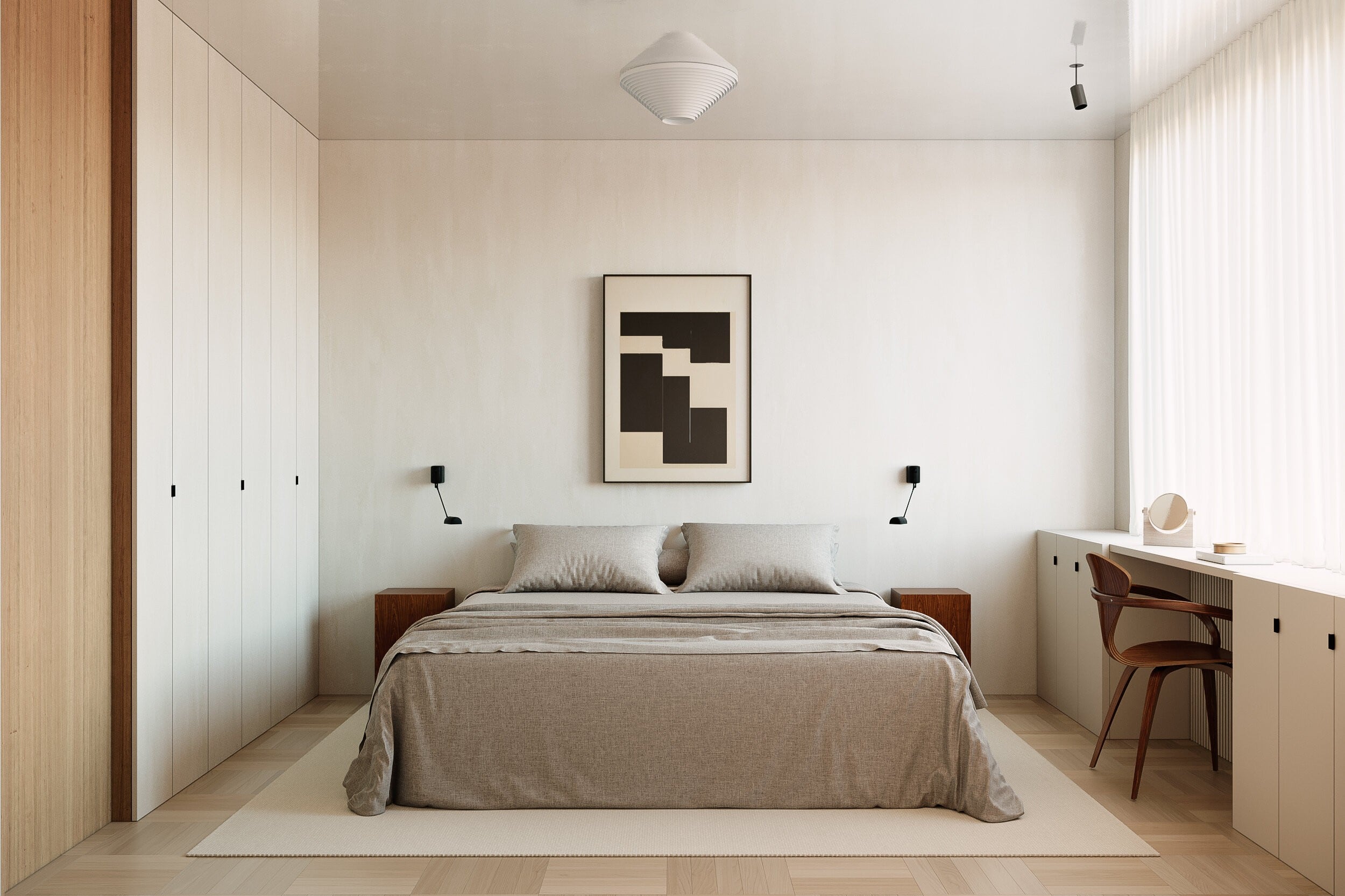