The striking Chhatrapati Shivaji International Airport Terminal 2 measures no less than 4.4 million square metres and can serve 40 million passengers per year. That is almost twice as much as its predecessor. It was architecture firm Skidmore, Owings & Merrill (SOM) that came up with the plans and made a masterpiece of it.

The Chhatrapati Shivaji International Airport Terminal 2 of Mumbai is completed. It combines national and international flights, reducing the customer's walking distance. The expansion had to take place in response to the economic growth of the region. The terminal was given a new global, high-tech identity, imbued with the rich and varied cultural heritage that India has to offer. 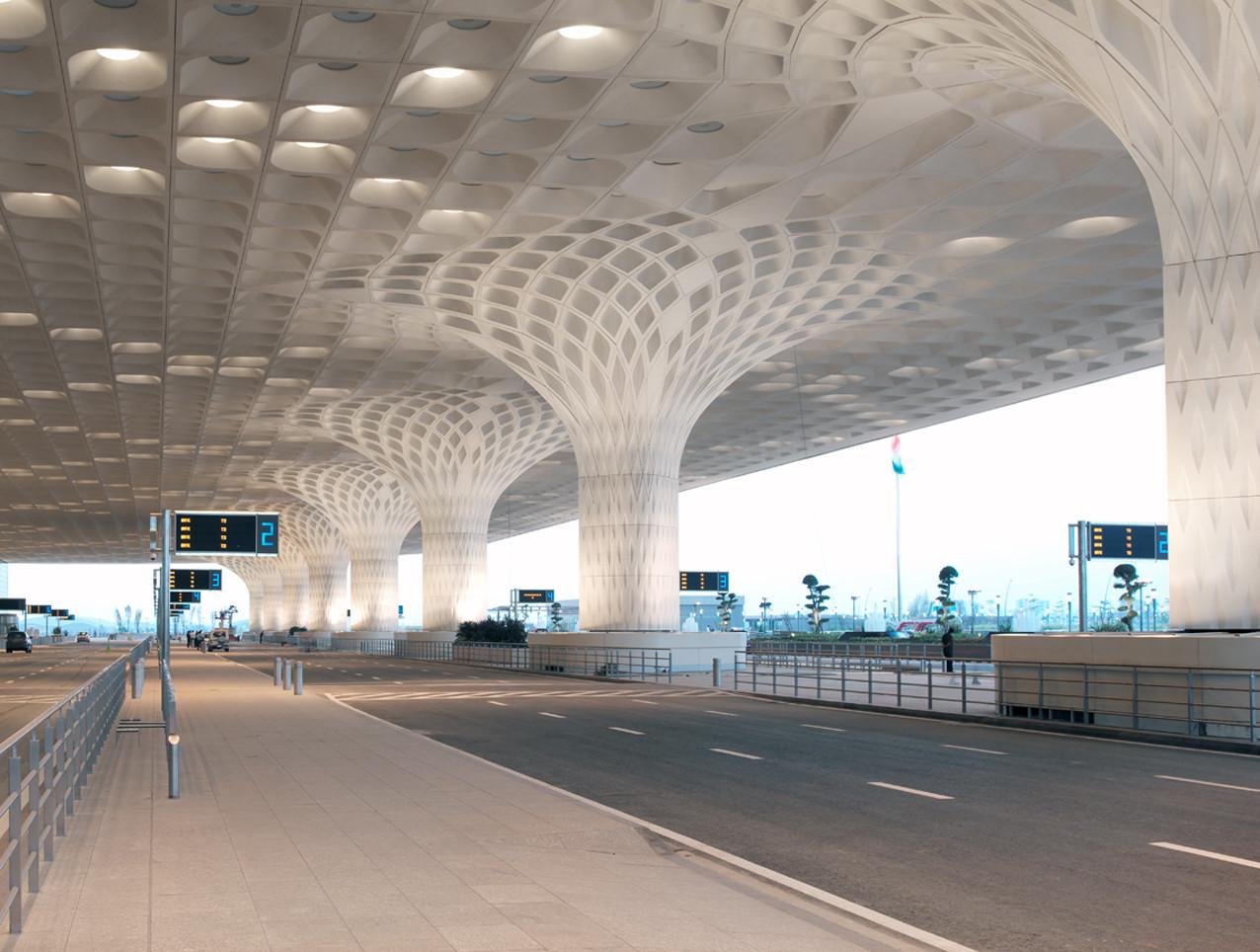 "SOM has imbued the architecture with the rich cultural heritage that India has to offer."

The four-storey terminal is based on the typical Indian pavilions. These have been finished with regional patterns and textures that have been subtly integrated into the architecture at all levels. For example, you can see the coffered treatment on the columns of the main building and the jali window screens that filter the light in the terminal. The graceful drop-off zones on the curb side have been specially designed to accompany large groups of travellers to the arrival and departure halls. 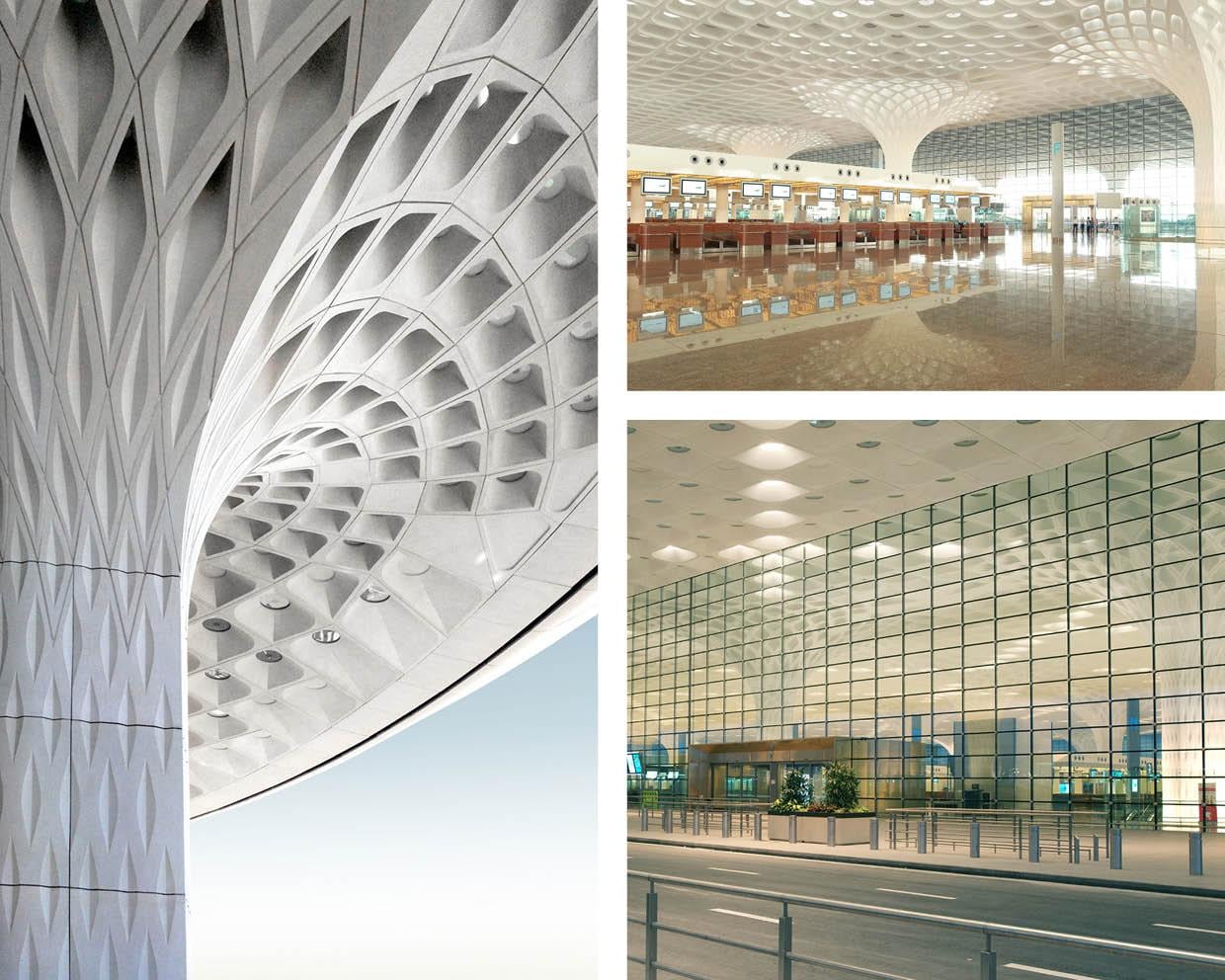 All arriving passengers walk through the terminal's main building which welcomes them warmly with its wavy triumphal arches. A large canopy stretches across the whole of the arrival route to protect the passengers from the unpredictable Indian weather. Inside, you are welcomed into a warm, bright space that is supported by thirty mushroom-shaped columns. Small holes of colourful glass reflect light spots all over the terminal. The effect refers to the peacock, the national bird of India and the symbol of the airport.

The development of the new road network to serve the airport contributes to connecting the historic heart of Mumbai in the south with the city's suburbs in the north and east. 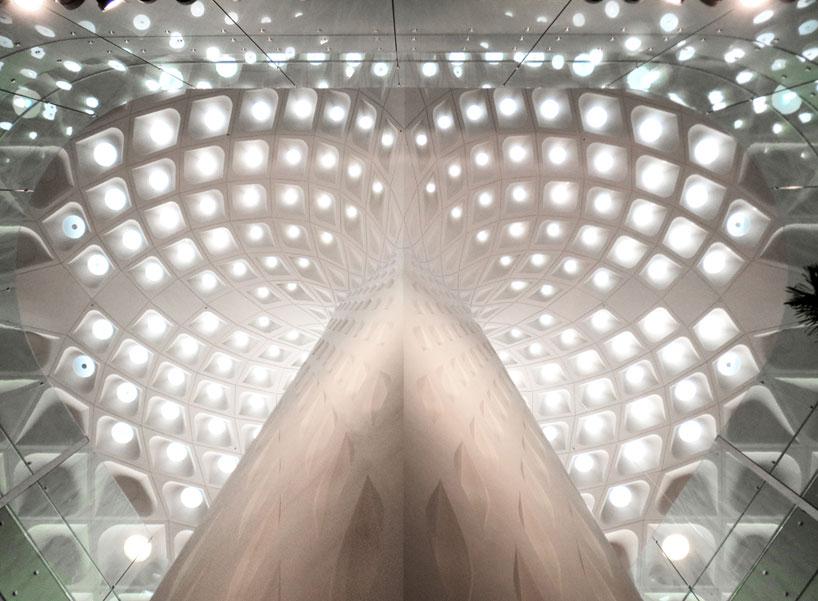 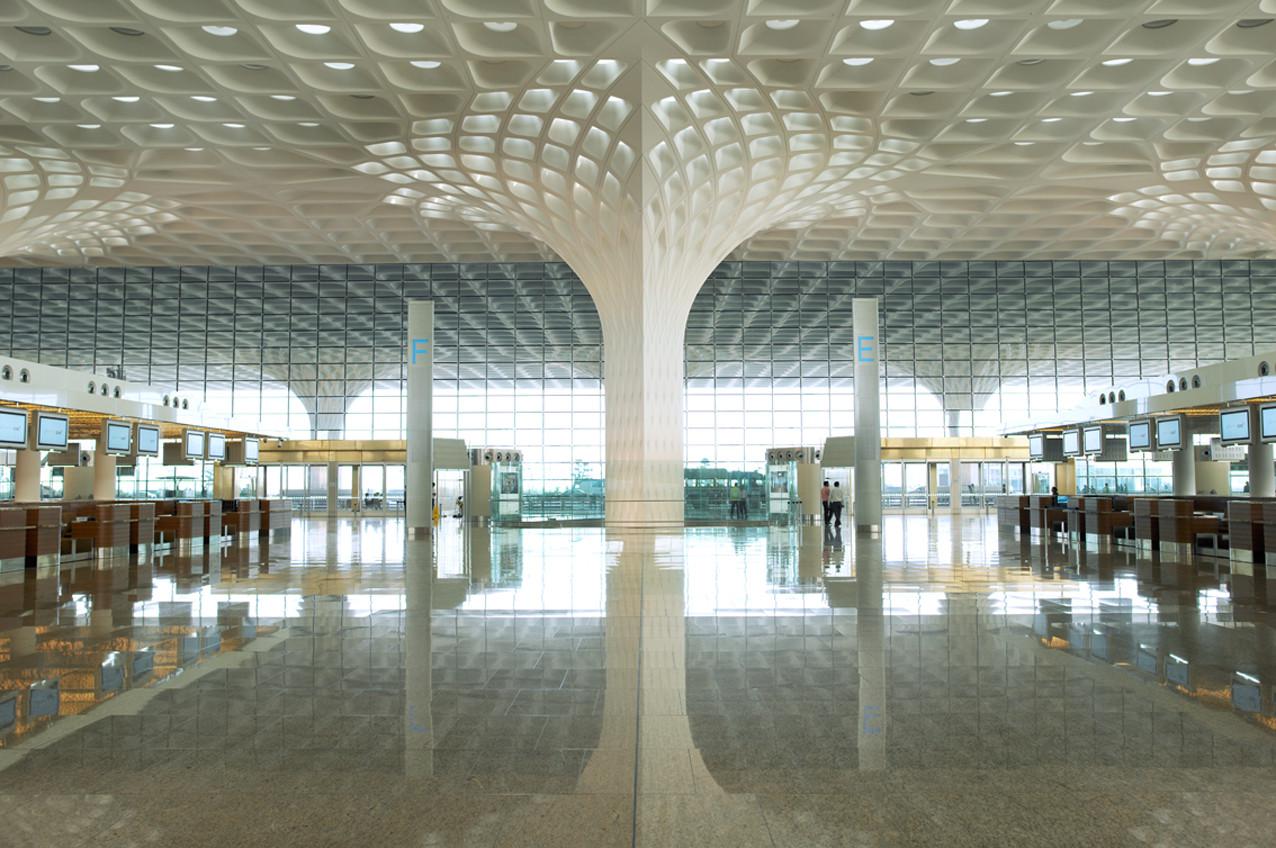