These dreamy renders represent a warm summer day at the Scala dei Turchi cliff in Sicily. They are the result of a collaboration between the Italian Cream Atelier and the English Charlotte Taylor. The fictional house was designed with great care, with the two artists taking the smallest details into account.

Cream Atelier is a project by Riccardo Fornoni, a 3D artist, in which he handles the architectural side of 3D art. Under this name he designs, for example, surrealist architecture and fictional set design. Fornoni is based in Mantua, Italy. 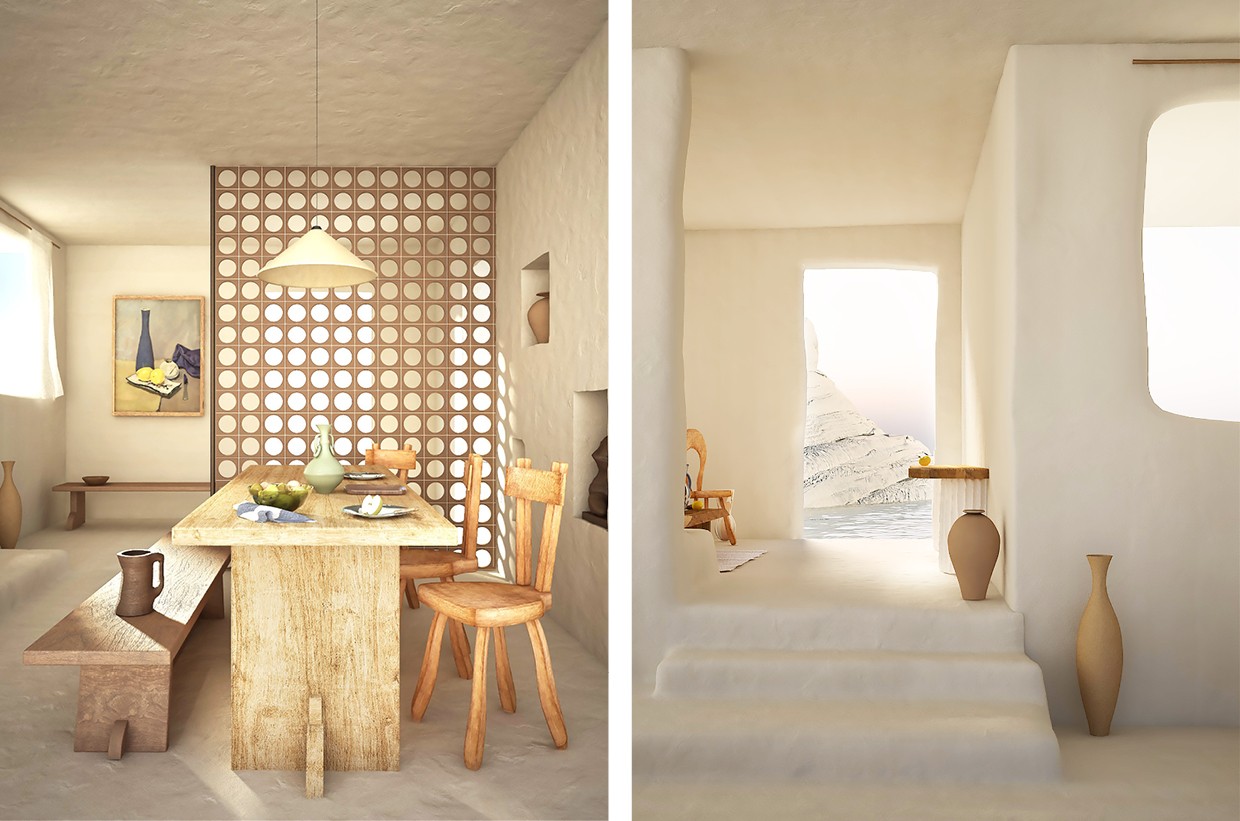 Just like a number of pieces of furniture, you tend to merge into the house. 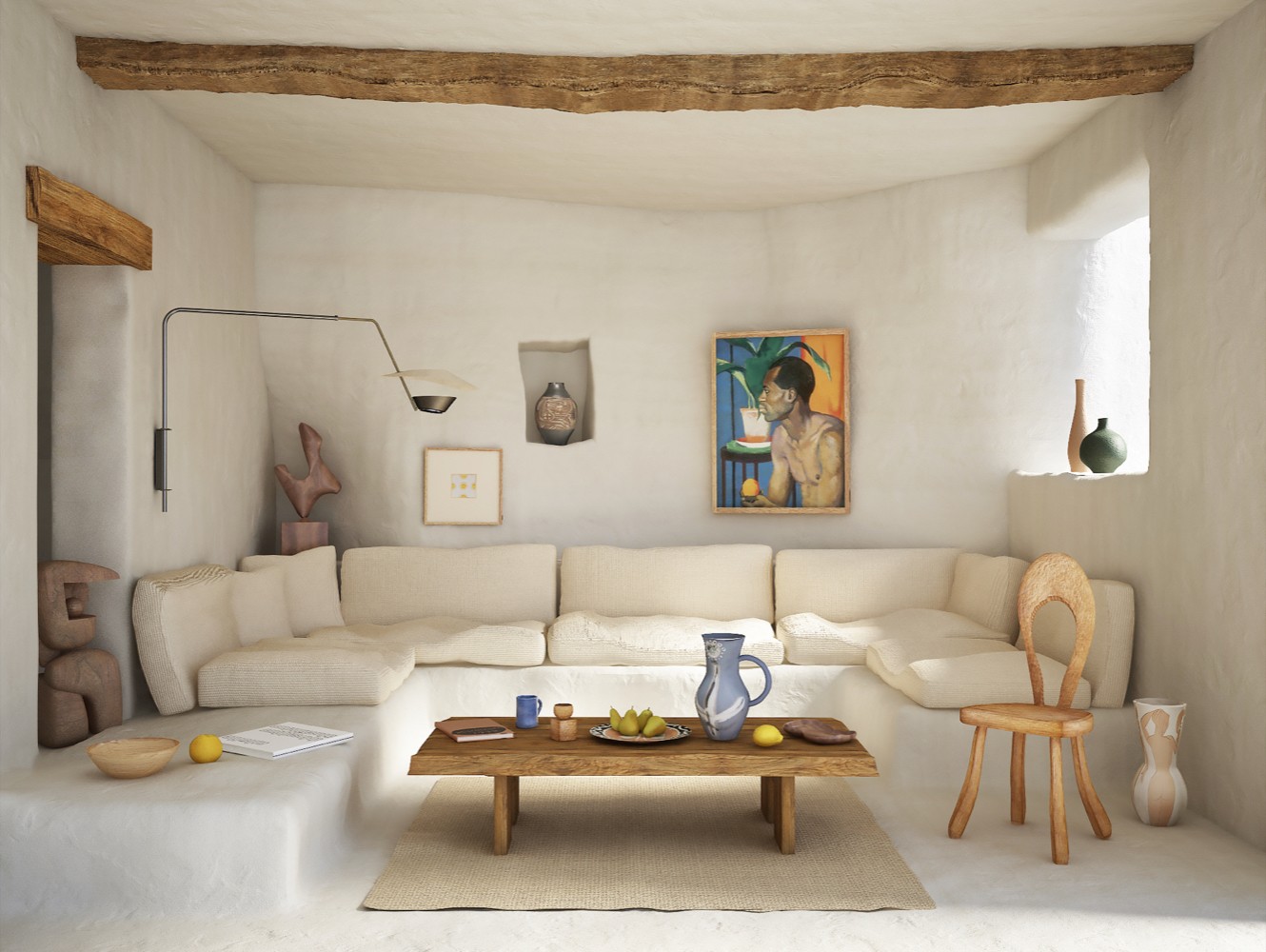 The images show a fantasy house on the waterfront. It is decorated with wooden furniture such as a coffee table by Pierre Chapo, a wooden screen, ceramics by Picasso, a painting by Francis Campbell Boileau, the 'Cerf Volant' lamp by Pierre Guariche, and so on. The cave-like house has an ethereal glow due to the sea and the soft incidence of light. Villa Saraceni is the kind of house that makes you feel completely relaxed. Just like a number of pieces of furniture, you tend to merge into the house and become one with the earth.